BACK TO ALL NEWS
Currently reading: Porsche could use e-fuels to sell combustion cars after 2030
UP NEXT
Aston Martin DB5 Junior gains special No Time To Die Edition

Porsche could use e-fuels to sell combustion cars after 2030

R&D boss Michael Steiner argues that the UK's blanket combustion ban is "a misunderstanding", and should be focused on fossil fuels instead
Share
Close
Share story

Porsche R&D boss Michael Steiner has suggested the use of e-fuels could allow the firm to continue selling combustion-engined cars alongside its EVs, even after 2030 in the UK.

Porsche has partnered with Siemens Energy to build an e-fuels development plant in Chile, and has previously said that such fuels – which emit no CO2 when burned – can be used in existing combustion engines with no modifications necessary.

The UK government will impose a ban on the sale of new combustion-engined cars from 2030, but Steiner said that it would make more sense to ban fossil fuels, rather than the engines themselves. "If it comes to banning ICE or plug-in hybrids," he said, "we are convinced this is a misunderstanding – the problem is not the ICE itself, it's the fuel you burn.

"We have to do a lot to come down on CO2 emissions – and we are totally committed – but the problem is not the engine, it is the fuel you burn. We do a lot to convince that there should be room, regulation-wise, for such cars to run on e-fuels. Whether this will be really reflected in legislation, we do not know, but in principle – the wrong thing is being beaten." 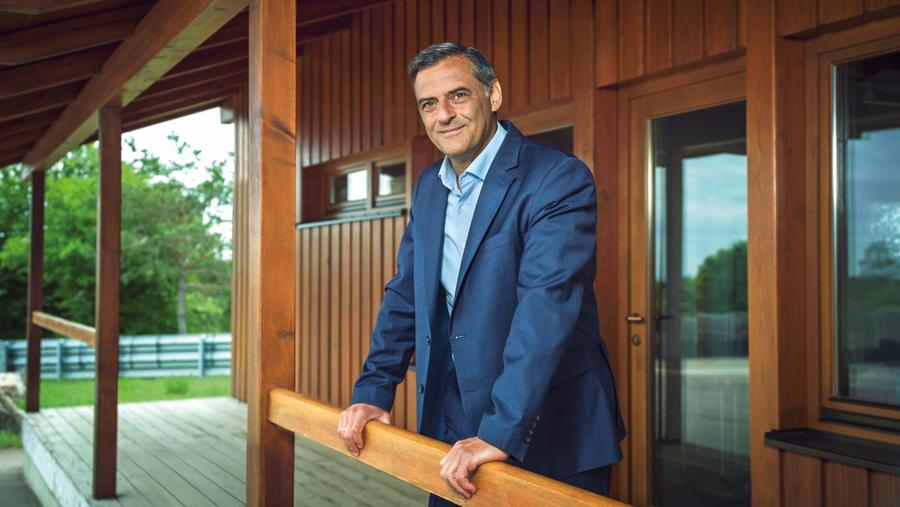 He went on to suggest that Porsche's work with Siemens could be used to demonstrate to governments worldwide that combustion engines can be used cleanly, negating the need for a blanket ban.

He explained: "We would like to show with a certain volume of e-fuels that this is really feasible. There are still a lot of questions from people who are not convinced this will work, so we have to show it will, and we will do that.

"We will do all we can do to give such highly emotional cars a chance, be it in racing – where we see a big future for e-fuels – or for road cars. Whether we will be really successful, we do not know.

"Our job in R&D is to show what's technically possible, and then to convince people that there might be no need to ban everything."

Steiner did note, however, that Porsche's overarching priority remains the roll-out of new electric cars and the electrification of its current line-up.

Porsche will begin testing "a small volume" of its e-fuels in 2022 with the 911. The two-door sports coupé, it has been said numerous times, will be the last Porsche model to go electric, so successful e-fuel trials could extend its life cycle.

Under the skin: Synthetic fuels now make more sense than ever​

Log in or register to post comments
Silvia Surfer 26 March 2021
Well people could always vote for these environmentally friendly fuels, sod price per mile!
Don't let the government decide what we drive!

MarkII 23 March 2021
So much pointless conjecture from know-it-alls, who have lots of predictions from their crystal balls.
Well, I'll put as much faith in those predictions, as I do in a fortune teller.
xxxx 24 March 2021

So much pointless conjecture from know-it-alls, who have lots of predictions from their crystal balls. Well, I'll put as much faith in those predictions, as I do in a fortune teller.

Calm down, and cut down on the insults please. There's no anti-Efuel sentiment just a requirment for facts, suggest you reread pikkoz comments, he certainly knows alot more than you.

No government is going to go for this.

Biofuel or electro fuels are expensive and have limitations on the volume that can be produced in the case of bio fuels. There is no way that they will be able to supply even a fraction of current global car fleets.

Ergo so long as there are ICE cars on the roads most of them will be consuming fossil fuels. If someone buys a new ICE car there is nothing stopping them filling up with fossil petrol.

Hence why most nations have an ICE car phase out timeline, after which no new ICE cars and a gradual phaseout of the whole petrol infrastructure.

Once this has happened I'm sure that the remaining classic ICE cars will be fuelled on bio fuel or electro fuels but not for a second are you going to be able to justify building more ICE cars on the basis of the existence of low CO2 fuels.

For refference I don't thinl petrol phaseout will be gradual, once EVs hit 10-20% penetration a whole load of petrol stations will become uneconomic and stop selling fuel. This is will start a death spiral as owning an ICE car becomes less convenient/socially acceptable resulting in more garages closing and more people selling on/abandoning ICE cars with lots of remaining useful life. Who stopped using their video because the player broke?