BACK TO ALL NEWS
Currently reading: Porsche: No electric 911 until at least 2030
UP NEXT
Rodin FZero: V10 weapon aims to be world's fastest car

An all-electric Porsche 911 will not be produced before 2030 at the earliest, according to Porsche sports cars line director Frank-Steffen Walliser.

"The 911 will be the last Porsche to become electric," he told Autocar, "coming hopefully after my retirement so I'm not responsible any more and no one can blame me… I will fight to let the 911 keep its gasoline engine."

He also distanced himself from recent speculation that a hybrid version of the 911 is waiting in the wings. "It’s really difficult to do with the 911 and the way it is packaged. We want to keep it as a 2+2, we want to keep decent trunk space and we don’t want to destroy the shape of the 911.

"Also, I am not ready to put that amount of additional weight into the car. If you wanted to make such a car, it would be easier to make a completely new car." Given the seven-year model cycle of each 911, this implies that a hybrid version will not be introduced before 2026 at the earliest.

More immediately, Walliser is intent on turning around the reputation of the just-launched flagship 911 Turbo S as being the fastest but not the most enjoyable of the 911 range. "We are aware of the feedback and have taken steps to address it." 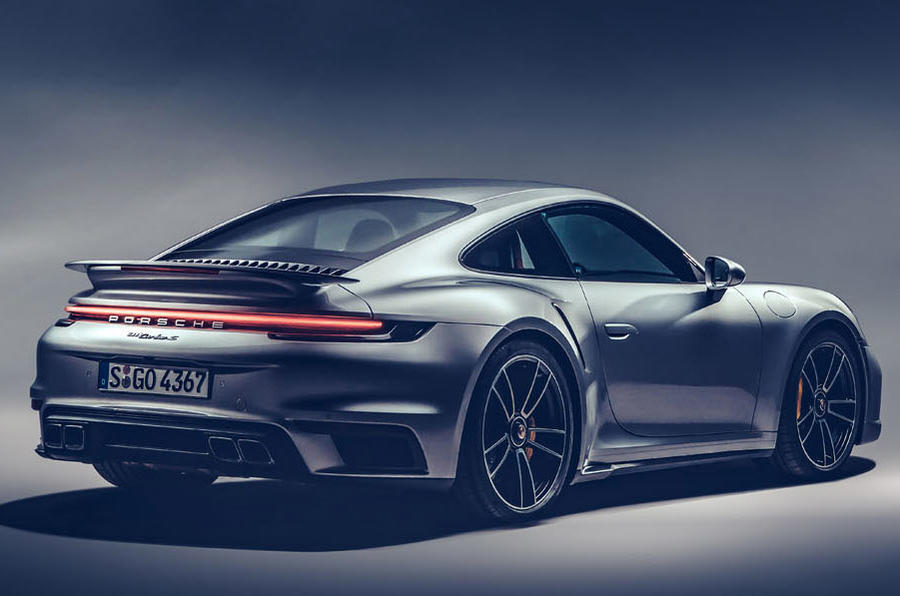 As a result, and in addition to the extra power of the new model, its lowered suspension and stiffer springs, Porsche will later this year introduce as an option a new lightweight version. "It will be a package the customer can choose, made up of some our lightest parts and also looking at areas like sound insulation. It’s a number of small bits and pieces but together they add up," Walliser said.

Asked if that included measures like removing the rear seats and replacing the glass with polycarbonate, Walliser said: "We are going in that direction."

The lightweight package will also be available on more affordable Carrera and Carrera S models, which may well preclude the need for a ‘T’ version later in the lifecycle. Walliser insisted that the Carrera T version of the 911 was well received but that it didn’t spend sufficiently long enough in the marketplace for Porsche to know for sure whether it should become a permanent fixture of the range.

He also ended speculation that the new GT3, likely to be unveiled this time next year, will use a more highly tuned version of the brand-new 4.0-litre engine created for the 718 Cayman GT4 and Porsche Boxster Spyder.

"The answer is 'no'. We stick with the race engine," he said. "It’s expensive but we develop it on the track and learn more with every passing race. That is the way we will continue."

Nor can he see a role for the 4.0-litre in other versions of the current, 992-generation 911, including the GTS, which will continue in very much the same vein as the previous model and not be dramatically differentiated from lesser 911s, as has now been done in the 718 range by using the 4.0-litre six-cylinder motor in the Boxster GTS and Cayman GTS.

Walliser said: "There has to be a business case to do it and sadly we cannot see what that is at present."

... which perversely has always made it great, with so few competitors. The rear engine resulting in usable +2 seating and a front boot of reasonable capacity.

Other configurations of mid and front engine cannot compete, especially as now front engined performance cars are front mid-engined resulting in token, if not useless, +2 seating.

But how the heck do you package it as a BEV? You can’t hang the battery mass behind as it’d be more lethal than it even used to be. Is the wheelbase long enough to fit enough cells for decent range and performance - prob not. And you can’t put them up front and compromise the boot capacity and hence it’s usability.

The Taycan is currently the best of what you can do to create a performance BEV coupe, it’s just that current battery power density means you have to make it long enough to fit enough batteries in and hence it becomes a 4 door.

I can see why he’s kicking the can down the road as hard as he can ...