BACK TO ALL NEWS
Currently reading: Analysis: Demand for plug-ins rose, while fossil fuels dipped
UP NEXT
Audi A6 E-tron Concept previews 2023 electric saloon

New car registrations fell by around 29.4% in the UK last year, with the 1,631,064 cars sold the lowest total since 1992, as the industry was hit hard by the effects of Covid-19 lockdowns. But new sales of both electric cars and plug-in hybrids both rose sharply, with plug-in cars now accounting for more than 10% of UK sales.

Data from the Society of Motor Manufacturers and Traders (SMMT) reveals 680,076 fewer new cars were sold in the UK last year than 2019, the largest year-on-year fall since 1943.

The bulk of the sales decline in 2020 was attributed to the first lockdown, from March to June last year, when many dealerships were shut. Although sales fell during the second lockdown, in November, dealerships were able to continue offering ‘click and collect’ online sales – which will also be allowed during the current lockdown introduced in England by the UK government.

Before the pandemic began, the SMMT estimated around 2.2 million cars would be sold in the UK last year. The final figure represents a loss to the industry of around £20.4 billion and a £1.9bn loss to the UK government in VAT receipts.

“There’s no surprise it was a very, very difficult year,” said SMMT chief executive Mike Hawes. “These are unprecedented levels and it’s challenging the industry continuously.”

While the overall figures are grim, there are some positive signs for the industry. Sales of battery-electric vehicles (BEVs) and plug-in hybrids (PHEVs) both increased substantially. Those rises will be viewed against a backdrop of the UK’s intention to ban sales of all non-zero-emission cars, with the exception of certain hybrids, by 2030.

Hawes said the UK car market outperformed Spain but fared worse than Germany, France and Italy, adding: “It’s notable that those countries had some form of incentive [for buyers, to boost new cars sales], sometimes confined just to PHEVs and battery-electric vehicles.” 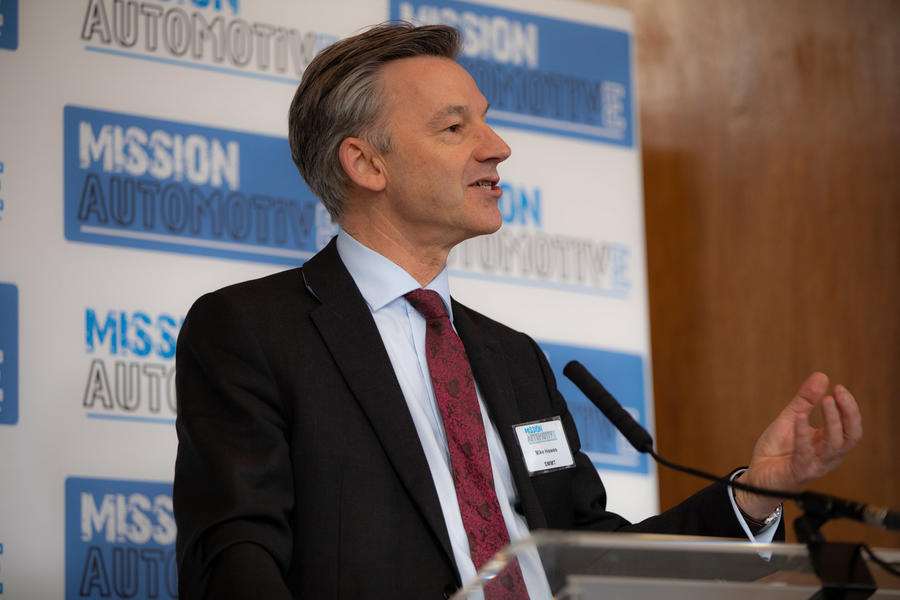 The sales decline was particularly sharp in the fleet and business sectors. While sales of private cars fell 26.6%, fleet sales dropped 31.1% and business sales slumped 43.3%.

Aside from specialist sports cars (up 7.0%), every sector of the market declined in terms of total sales last year, but some performed better than others. Sales of superminis showed the smallest fall in total sales and their overall market share grew from 29.7% to 31.2%.

This means that 10.7% of all new cars sold in the UK in 2020 had some level of zero-emission running capability and could be plugged in. With standard hybrids included, 17.5% of cars registered in the UK last year were electrified. Sales of mild-hybrid petrol and diesel cars both increased.

Although that’s encouraging, Hawes noted that these figures will need to continue rising, given the UK government’s target of banning most internal-combustion-engined cars by 2030. He added that meeting this date requires “a strong industrial strategy from government that really ensures the UK remains competitive, attracts investment and remains a strong market [for EVs].” He also said “massive investment” is needed, both to develop battery manufacturing capability and the infrastructure required for mass EV uptake.

“We need an investment in infrastructure of something in the tune of £16bn, with a lot of that going into public on-street charging because not everyone has a driveway or designated parking spot with access to their own charging infrastructure,” said Hawes. 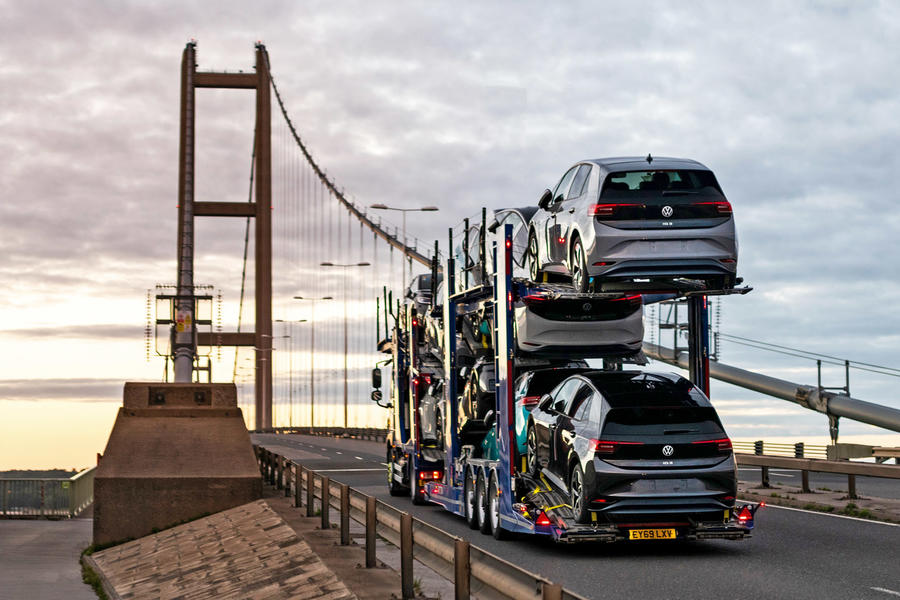 The SMMT had originally forecast that the market would recover to sales of around two million units this year, although that was made ahead of the November lockdown. With further restrictions now being introduced and likely to be in place for several months, Hawes said it is “highly unlikely” that figure will be delivered, and the SMMT is currently working on a revised forecast for 2021. Hawes expects the revised figure to be under two million units.

“Last year, we lost around half a million units between March and May, and we never recovered it,” said Hawes. “There was a slight uptick in July, but we never got that original loss back. Private buyers may come back in the market later this year, but fleets just delayed.

“So any loss that we now see in January and February may come back, but it depends on mitigating factors.

“It’s important we can still click and collect, because that’s the minimum we need to keep sales going and to keep the manufacturing going. It will be a rocky few months but we hope as the year goes on it gets more positive.”

It's pretty obvious with the government tax coffers regularly taking hits like this loss of 1.9 bn in VAT, while still supporting nearly 50% of the countries wage bill, that radical tax rises will be needed once the pandemic is under control.

Surely the whole success of EV sales has been due to UK company car tax rules? A few years ago the cheapest company cars were diesel, and diesel topped the sales charts. Today EVs followed by plug in hybrids are the cheapest, and the sales are increasing rapidly. I see little evidence anyone wants an EV. I see plenty of evidence people want to pay less tax. But can the Government keep up this give away to company car drivers until the market hits 100%?

You are right a no brainer for a company Taycan no tax compared to £10k  to £15k petrol or diesel equivalent,a private motorist would not want the worry of massive depreciation  with quantum solid state batteries coming out in a few years time.The majority of cobolt uses in lithium batteries is source dfrom the Congo using child labour and from the figures I have seen even by Polestar the breakeven point is 50k to 110K miles  so a motorist doing 5 of 6 k per year would be more polluting ove rthe vehicles life. The other question do you even believe Polestar that may have even been biased in ev favour.Another problem is that battery life will significantly diminish with the onset of rapid charging ,batteries best being kept at 20% to 80% reduces over heating etc,they aresupposd do diminish by 5% per year ,so after 10 years a mini will be about 50 miles of real world driving if that is true,

One of the most balanced comments I've seen on this topic. The EVangelists too often ignore the whole-life social and economic impact of their cars (especially those with large battery packs) and post pictures of oil-covered seaguls when you suggest every EV may not be as pure as arctic snow. They are happy to point out failings in the PR-driven reports, but refuse to read the rigorously researched examples like the Polestar one you mention, or the exceptional Ricardo / E4Tech report that is even more thorough. However, I think you will be surprised by increases in battery utilisation for several reasons. First, battery pack design and cooling will improve - in fact, have improved enormousely. Second, Battery Management Systems will improve too, with management at a single cell level meaning the BMS no longer has to average out the capability then add in a large dash of safety margin. Being able to replace individual cells also pretty much eliminates the huge cost of a pack failing as it becomes more like Trigger's Broom. The general feeling amongst BMS designers is that we are going to see much higher utilisations.