BACK TO ALL NEWS
Currently reading: Used car guide: the best second-hand Bentleys from £8000
UP NEXT
Volkswagen ID Buzz to kick-start wave of enthusiast-oriented EVs

One of the more implausible stunts I managed to pull off was back in 2005 when I took a brand-new Bentley Flying Spur to the Nardo test track to find its true top speed. Bentley had said 195mph for the 552bhp, 2.5-tonne monster, but I knew it was always conservative with such claims. Could it go faster? Could it, whisper it, do 200mph?

So what I should have done is just gone round the track as fast as I could go and see what number came up on the GPS. But that was far too easy and insufficiently Bentley. So when I headed up onto the track it was with four people on board, air conditioning on, front and rear seat coolers refrigerating our nether regions and the two in the back pretending to read newspapers. With an all-up weight of nearly three tonnes, the fact that above 150mph the Nardo bowl turns into one endless tyre-scrubbing, speed-sapping corner and a 36.5deg C ambient temperature, could it possibly do 200mph? It could, and also 201, 202 and all the way up to 208mph, too. And even then it only stop accelerating because I hit the rev-limiter in top gear.

It seems not so much faintly implausible as utterly ludicrous that such performance is now available to anyone with the price of a new Ford Fiesta in their pockets. But that’s the way it is: early, high-mileage but still clean-and-tidy Spurs can be bought for around £15,000 – or about £100,000 less than when they were new.

And here’s the thing: back then, the Spur was actually a better car than the Continental GT coupé from which it was derived. When new, the Conti had two problems that degraded its credibility as a super sporting GT: it was far too heavy and didn’t sound nearly distinctive enough. But what were flaws in the GT were attributes in the Spur: that heft gave it the primary ride characteristics you’d want from a large and imposing luxury saloon, even if the secondary ride was never as good as it should have been. And the engine? Its dulled tones were so much less important in such a car; indeed, its quiet voice was a positive bonus. 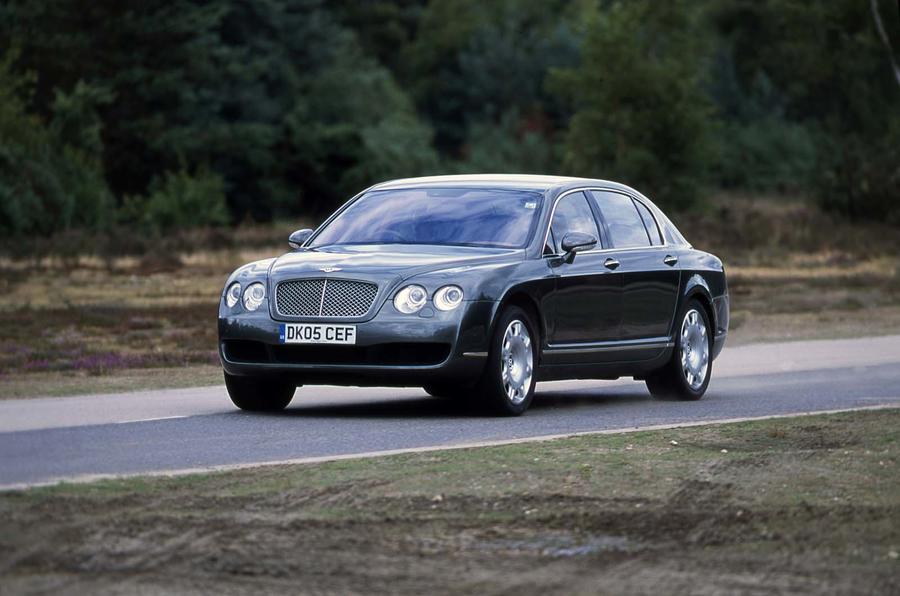 And the rest was fabulous. When new, it was more powerful than the most powerful Ferrari on sale. Despite its size and weight, it would pop sub-5.0sec 0-60mph times and this, remember, is not the still more gutsy ‘Speed’ version we’re talking about, just the everyday standard product.

Why are they so cheap today? Luxury saloons aren’t cool and never have been. Almost all made in reasonable numbers plummet in value and just because this one is a Bentley does not make it an exception. That, coupled with the fact that Bentley oversupplied the market with cars in the early years.

But there’s nothing wrong with the car itself. They didn’t just look built to last, they really were, and come with remarkably few horror stories. The engines and transmissions are fairly bombproof if properly maintained, and a Spur will tolerate years of being taken for granted without turning into a sloppy, creaking and rattling shadow of its former self.

A Spur is not for everyone and, even it’s for you, the usual caveats about known provenance and service history stand. But the very fact such a superbly crafted, astonishingly fast and amazingly robust car is available for so little money has to be good news; the added fact that it also happens to be a Bentley is perhaps what’s most incredible of all.

Here's some more flying B-badged gems you could pick from the classifieds: 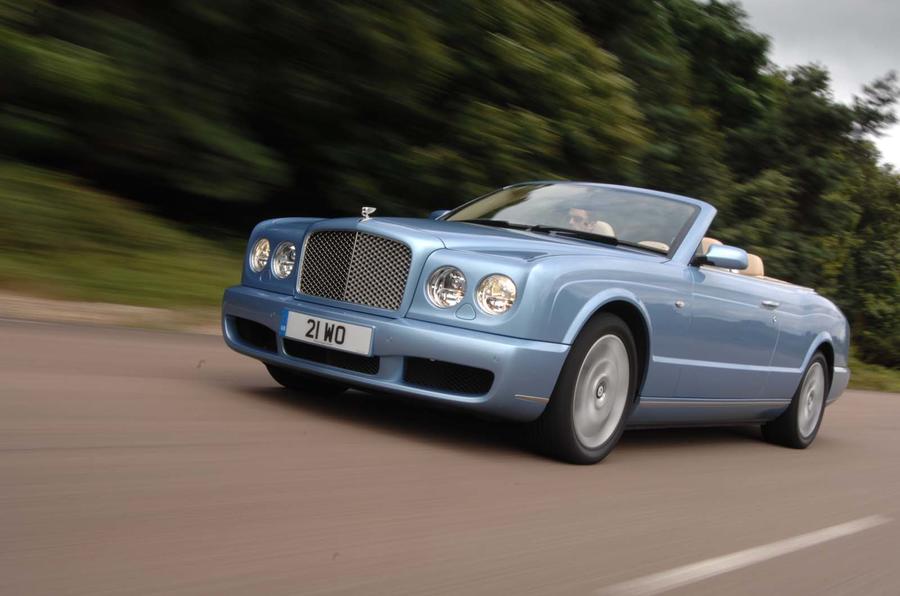 Azure (2006-2009): The second-generation Azure may look a bit old hat with its land-yacht proportions and breeze-block styling. However, there are bits of carbonfibre in its construction (a first for a road-going Bentley) and it’s got a top speed of 174mph – provided that the roof is up. It’s rare, mind, with prices starting at £100,000. 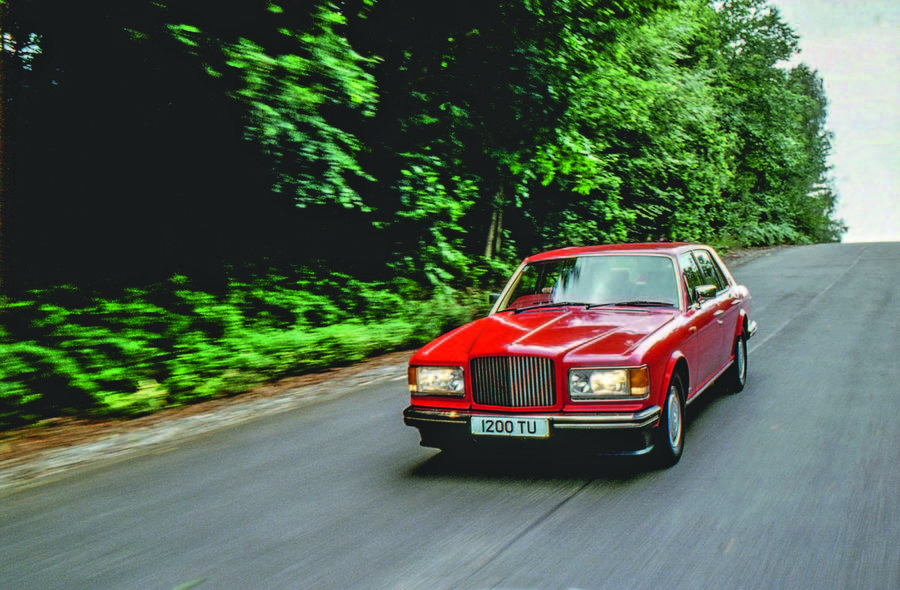 Turbo R (1985-1999): They might have been opulent, but the Rolls-derived Bentleys weren’t known for their sporting performance. Enter the turbocharged Mulsanne with formidable straight-line speed and, later, the magnificent Turbo R with a beefed-up suspension for more amiable cornering. Prices start at £10k and work up to £40k for the later ones. 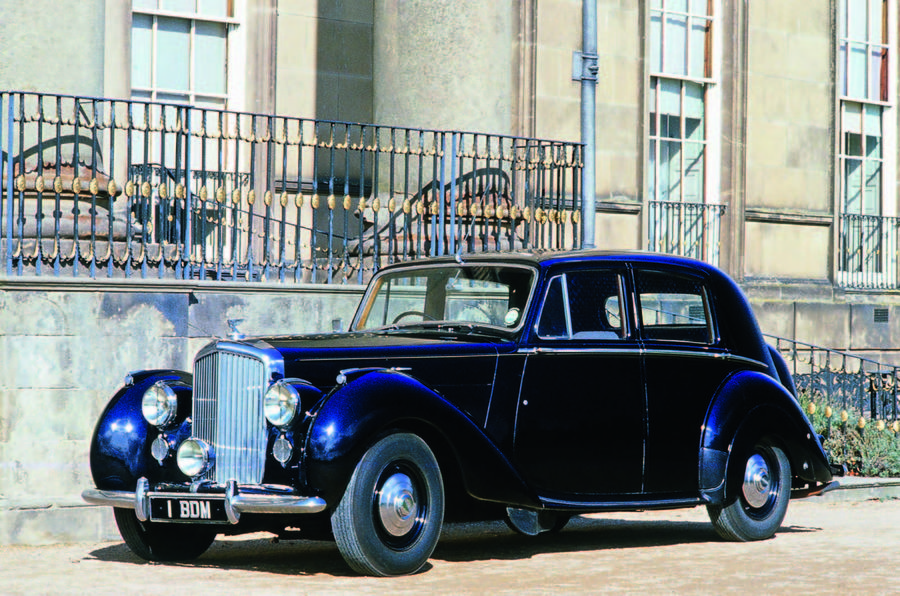 Mark VI (1946-1952): The 1946 Mk VI was a huge commercial success and Bentley enthusiasts loved them for the density of their engineering. It was the first complete car built at the Crewe factory, and so impressive that most customers went for the standard steel factory bodies rather than a coachbuilt one. Watch for rust, though, and you’ll need between £25k and £75k for one now. 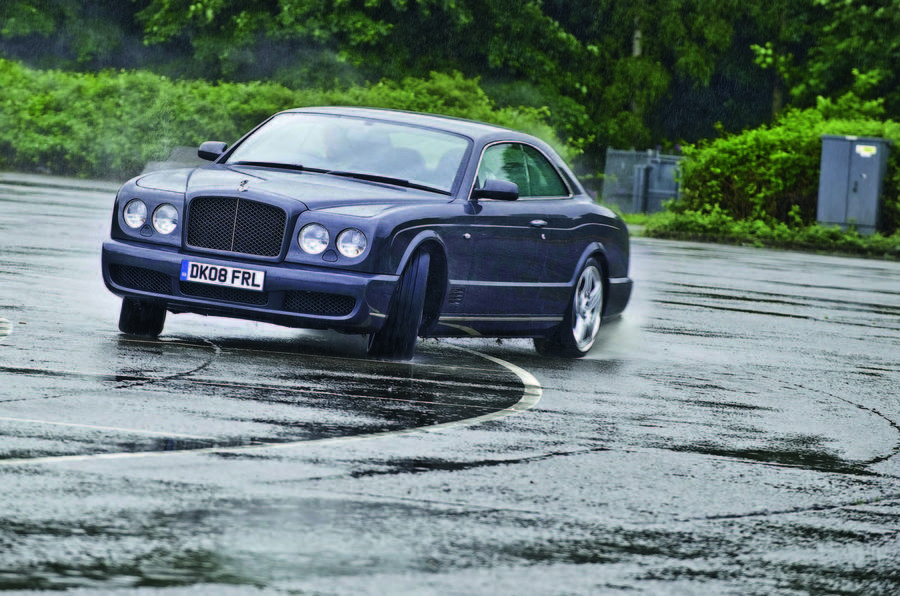 Brooklands (1993-1998; 2008-2011): Confusingly, there were two cars called Brooklands: one was a four-door 1990s saloon that offered nearly everything you could get from the Turbo R without, initially, the turbo; the second was an immense two-door, four-seat pillarless coupé (above) that shared much with the Arnage and the drop-top Azure. Buy the four-door for as little as £8k and the coupé for at least £100k more. 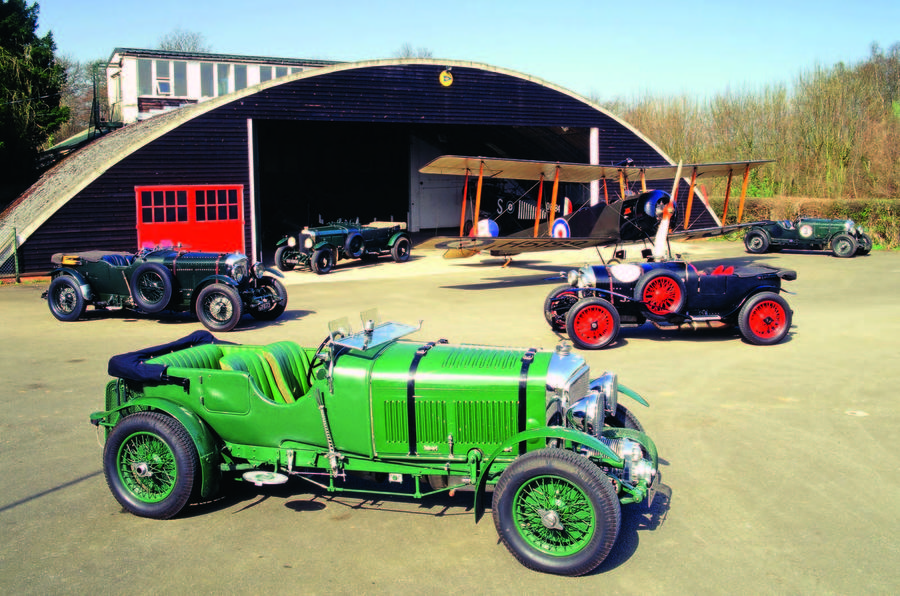 ‘Blower’ Bentley (1929-1931): Born out of a need to show the Mercedes rivals what for, the ‘Blower’ Bentley is a forced-induction, or ‘blown’, version of a 4.5-litre Bentley. The supercharger sits right out at the front and gives the car its distinctive shape. If you can find one of the 50 original production cars (excluding the five Sir Henry ‘Tim’ Birkin race cars), be prepared to part with £4m-£5m. 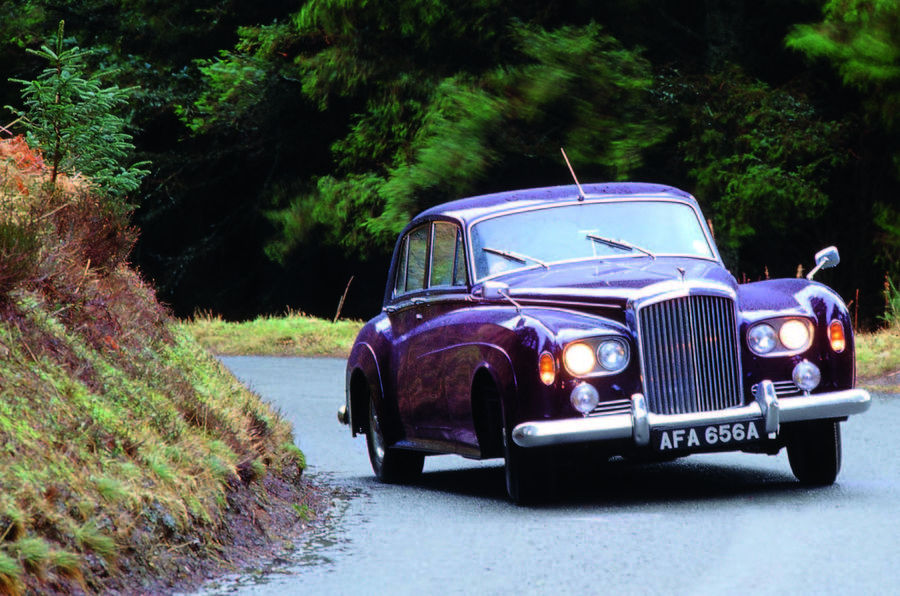 S-Series (1955-1959): The S replaced the R-Type, not surprisingly, and was the last of the separate-chassis Bentleys. Wafting was now officially in. Based on the Silver Cloud, the initial 1955 S1 had an inline six and an auto ’box, the later S2 added a 6.2-litre V8 and the final S3 had quad headlights and a more sporting look. Pay £15k for a ratty one but nearer £50k for a good one. 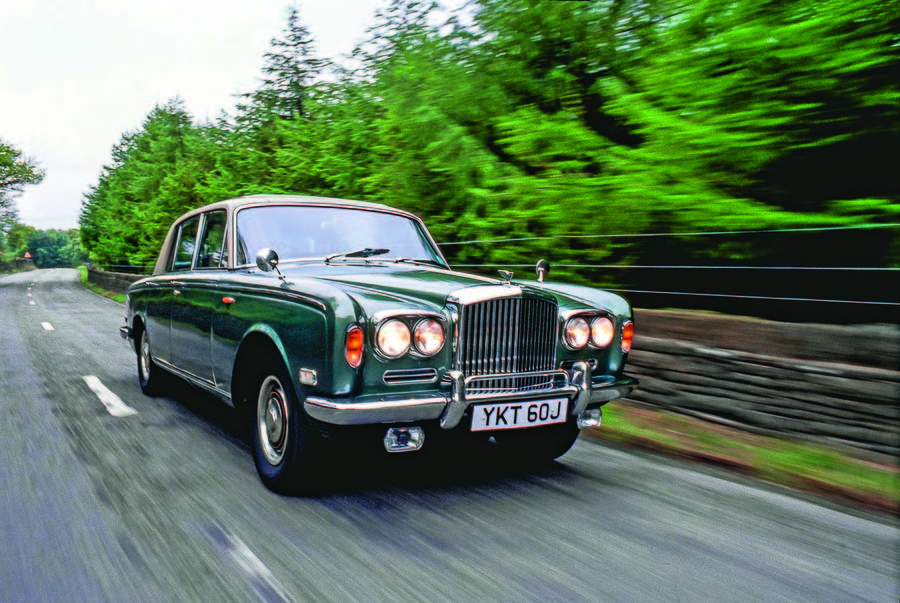 T-Series (1965-1980): The 1965 T-Series was a carbon copy of the Silver Shadow but sported a different grille. It was also the first production Bentley with a monocoque construction. It was barefaced luxury, with all the Roller’s roly-poly handling thrown in for good measure. All this wood and leather can be yours now for as little as £10k, but you’ll need to shop carefully. 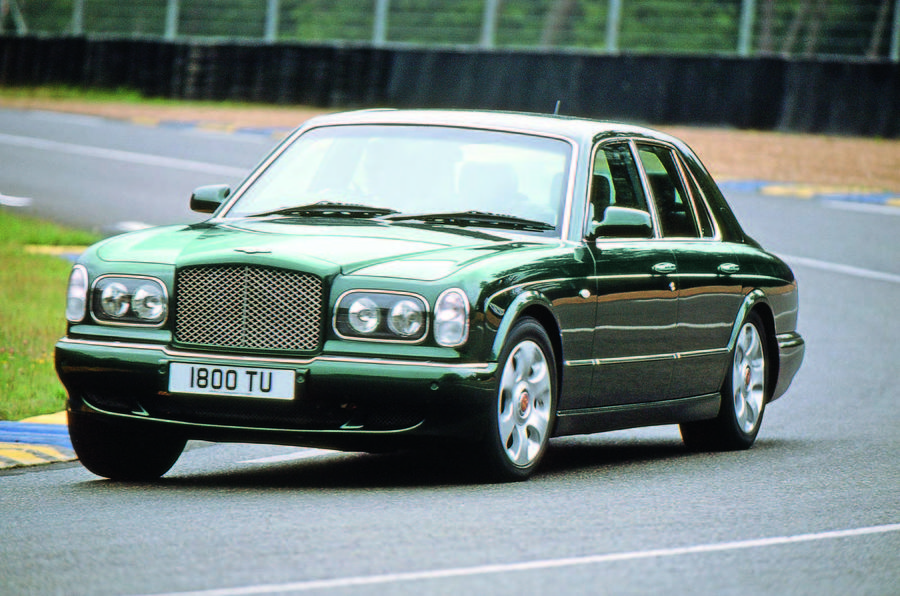 Arnage (1998-2009): Closely related to the Rolls-Royce Silver Seraph, the Arnage had a difficult first few years because of the tussle between Volkswagen and BMW for ownership of the two British brands. Early Green Label cars sport a turbocharged 4.4-litre V8 from BMW, while later Red Label examples have the venerable 6.75-litre V8. Plan on spending upwards of £16,000 for a good one. 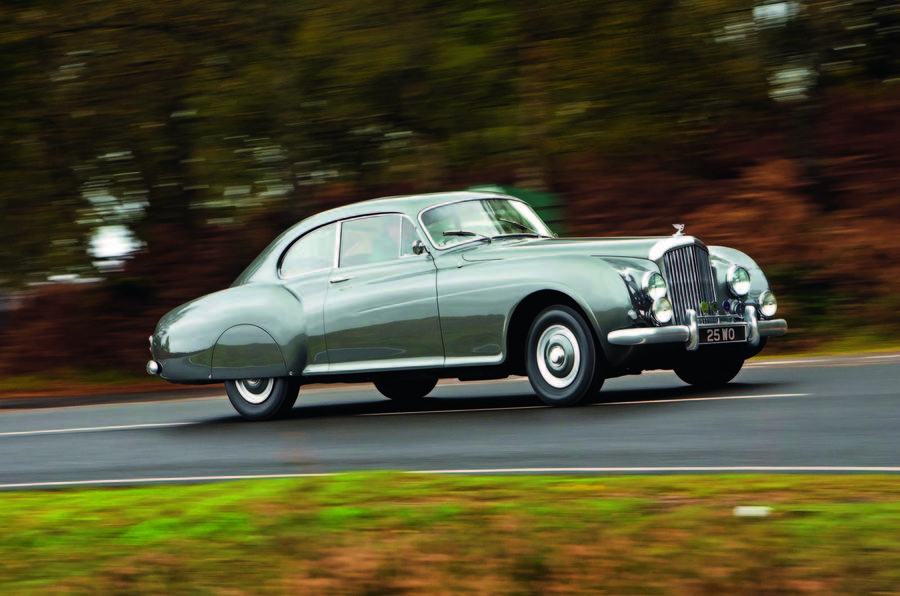 R-Type Continental (1952-1955): Real estate can be an expensive business, but the more than 17ft long R-Type Continental can rival most central London housing for cost per square foot: £750k is the starting price, while an HJ Mulliner fastback could be a cool million. Despite its size, it was a surprisingly fast car for its time with a claimed top speed of 120mph. 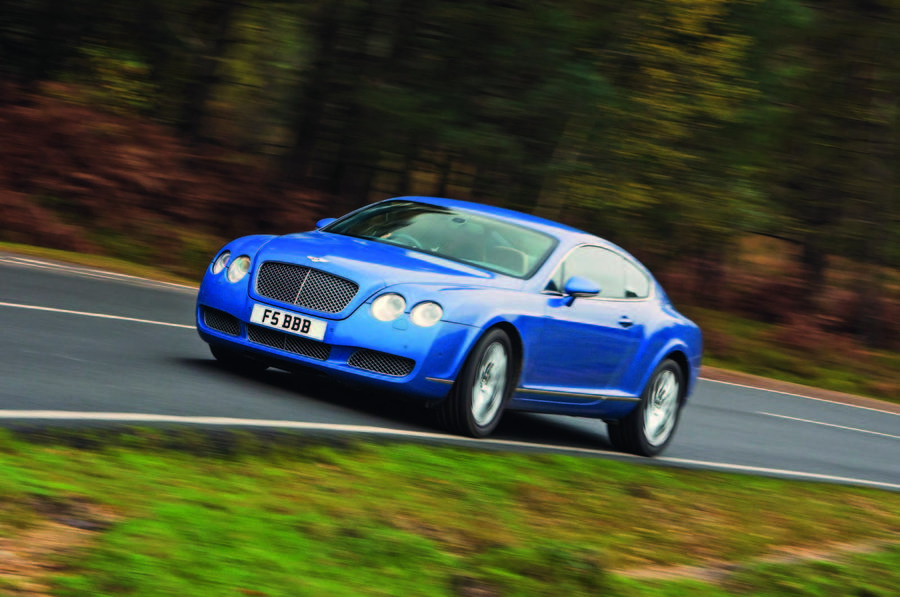 First, AUTOCAR....sort this spamming!, right, the Bentley, even at £8K you’d need deep pockets,yes, to drive , sit in they’re amazing, but, it’s not a DIY car, not an axle stand car, any dings or scratches you can’t just use cheap filler and a rattle can of spray paint, at best you’d use it as a Wedding function car or to hire out, because that’s the only way you could afford to run one.

First, AUTOCAR....sort this spamming!, right, the Bentley, even at £8K you’d need deep pockets,yes, to drive , sit in they’re amazing, but, it’s not a DIY car, not an axle stand car, any dings or scratches you can’t just use cheap filler and a rattle can of spray paint, at best you’d use it as a Wedding function car or to hire out, because that’s the only way you could afford to run one.

Just read this post of yours...you should be first for sorting, in short order. In your own mind, you are an original thinker...witness...it's not a DIY car, etc, etc. Try not to judge every other reader by your own mediocre standards, you have NO IDEA what personal financial circumstances are that of those considering this car.