BACK TO ALL NEWS
Currently reading: Speed of sound: the man behind Britain's fastest car
UP NEXT
Kia EV6 named 2022 What Car? Car of the Year

Speed of sound: the man behind Britain's fastest car

Most of the world knows Richard Noble as the gung-ho Englishman who drove his jet-powered land speed record car, Thrust 2, to a new record of 633mph on Nevada’s Black Rock Desert back in 1983, becoming the fastest man on earth for the next 14 years.

Many also know he was one of the kingpins of Thrust 2’s successor, Thrust SSC, driven by Andy Green to a new supersonic record of 763mph in 1997. And that more recently Noble and his team pressed on with a third jet-rocket-powered project, Bloodhound, that has so far run promisingly on a purpose-built track in South Africa but struck what looks like terminal trouble with financial backing.

What most won’t know, however, is that over an education-packed lifetime, Noble has instigated a grand total of 11 projects to set records or press British technology forward. As a result, he has a long history of discovering platoons of richly talented British technical experts – most of whom have been proud to help him – but also of running up against British financial backers who could have helped, and might have benefited from doing so, but were too cowed to gamble.

Now Noble has written an extraordinary book entitled Take Risk! (published by Evro), ostensibly to recognise and celebrate the many people who have helped him through a unique career but also to encourage others – principally the British-based organisations and individuals who might assist promising projects but, inexplicably, sometimes seem happier to see them fail.

“We’ve got to change the country,” declares Noble, no more than a minute into a conversation I thought was going to centre on his successes. “There can be no achievement without risk, and the people in a position to help have to realise it. To innovate, you’ve got to think laterally. Far too many of Britain’s structures – certainly the armed forces and even our so-called venture capitalists – are far too hierarchical to get things done.” 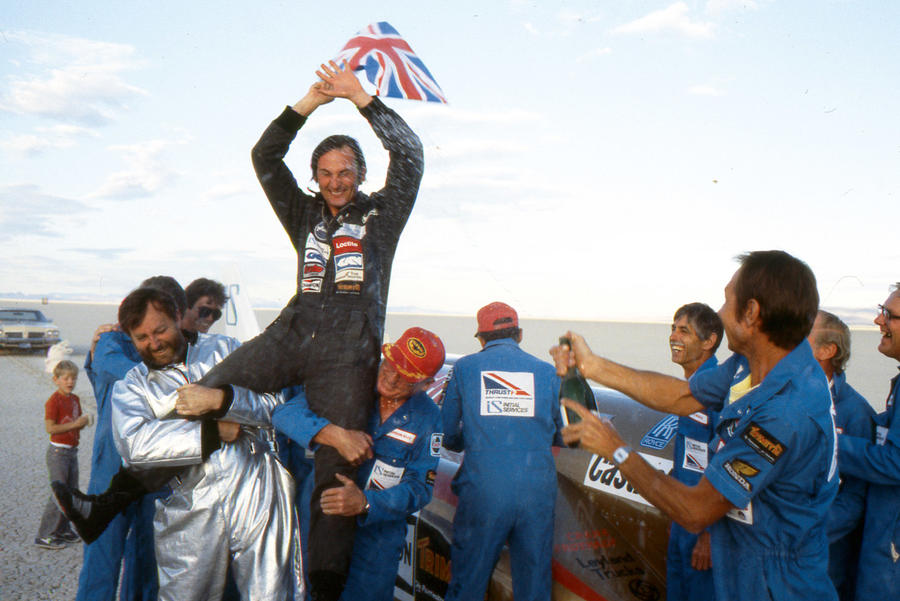 Raised in the 1950s, when Britain had just won the war and was “ablaze with new technology”, intensely patriotic Noble is full of disappointment that we’ve become so timid and careful. “It’s something the Americans say about us, and it really annoys me, given our proud history,” he says.

One prime example of British defeatism is a meeting that Noble recalls, before Thrust SSC got going, with the then president of the government’s Board of Trade. He (tactfully, I suspect) fails to recall her name: “I was trying to make it clear what all the people and companies who were our partners could bring to British technology and education if we were to break the sound barrier. She just said: ‘Do we have to?’ I said: ‘Well, no…’, and there wasn’t much to say after that.”

Noble’s book is unusual for the fact that he has written every word of it himself. As a result, his partners and confidants are spoken of with an affection that no ghostwriter could have conveyed, and his press-on approach leaps off every page. So does the fruit of his remarkable memory: he remembers dates, names and detail unerringly. I wonder whether he keeps notes or a diary. “No,” he answers, politely putting aside the barminess of the question. “It’s all in my head. You don’t forget this stuff…”

Most apparent is Noble’s resilience, his eerily quick recovery from the many disappointments that lead to success. “You get used to rejection,” he explains. “You almost know it’s coming, so you’re already thinking: ‘Okay, what’s the best way to keep things going?’”

As well as full details of Noble’s 11 projects (which include five land speed record cars, three boat projects and two aircraft proposals), the book contains an ongoing insistence that schemes like this encourage young people to want to join in, just as he was encouraged in an era of British success. 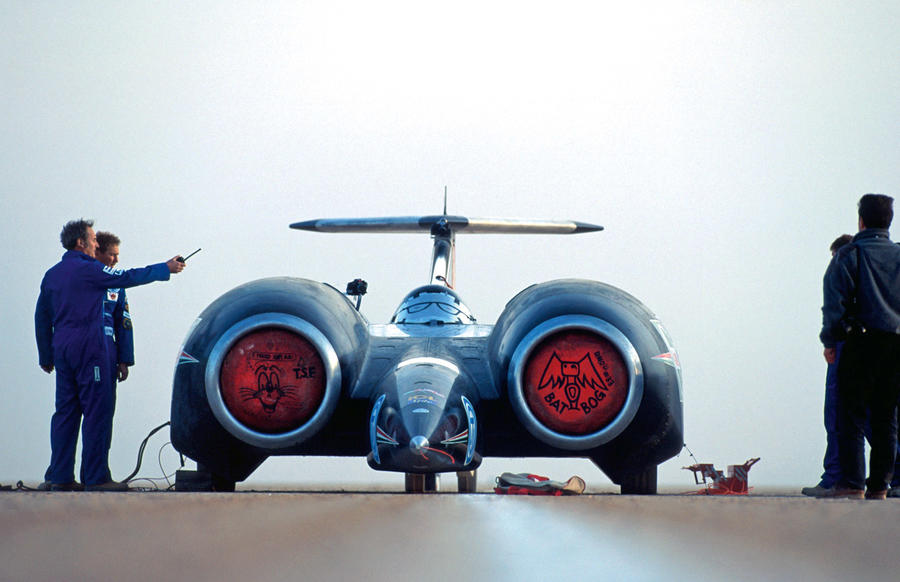 “We want to help them discover live projects,” he says. “Stuff on screens can be faked, modified and adjusted. We’ve repeatedly found that kids respond brilliantly to live projects that turn them on, show them what teamwork is like and help build character.”

What’s next on the agenda? Noble’s instant answer, “loads of things”, has to be tempered by the caveat that most of them can’t yet be discussed. But one already under way (and detailed in the book) is a plan to recreate – initially as a large, jet-powered model – a radical speed record boat designed by Reid Railton for Noble’s personal hero, John Cobb, at the end of the 1940s. Two versions exist already, and the team will start testing in Devon when conditions allow. And Noble being Noble, that won’t be the end of it.

Cheesy though it may sound, I end our half-hour by asking Noble if he has any idea why he has never been knighted, given that these accolades have been showered on popular figures who seem less patriotic and public-spirited, and whose success has come at far less risk to themselves.

His rejection of the very idea is impressively genuine. “Absolutely not a thing I’d want,” he booms. “The things I’ve been involved with are team activities. You succeed because you’re a member of something much bigger than yourself. I’m very happy with my OBE from years ago.

“Besides, when you’re a knight, you’re automatically a member of the establishment. That’s a sure sign of failure.”

In pursuit of 800mph: How Bloodhound aims to break the land speed record

From the archive: Britain reclaims the land speed record

Land speed records: A history of a British obsession

Sadly, I think the world has moved on, but Richard probably hasnt.

He used to live in the next village to me, and was a really driven guy who would have fitted right in with the Campbell/Cobb days of yore.

Personally I think he should have stopped after breaking the sound barrier ..... now he is just chasing a dream that the public clearly have little interest in, wasting time, energy, sponsorship efforts and lurching from one crisis to another....for what - something that even if acheived will be yesterdays 3 minute news at best, and risks Andy's life at worst.

Richard/Andy and the team can be justifiably proud of what they have acheived over the years with Thrust - to have broken the sound barrier with no loss of life was extraordinary - IMO call it a day guys and ride that wave.

I loved watching Noble and Thrust 20 years ago but sticking a jet engine in a car hardly seems relevant in 2020.   As an engineer I help schools with STEM activities and a small minority have interests in liquid dinosaur powered cars.  Why not do a speed record for an autonomous electric vehicle? That could combine SW apps, sensors, processors, powertrains and be very relevant and stop it being a bunch of old guys playing with jet engines.....

A really inspiring chap - strongly recommend his "Thrust" book and I once met him at a presentation on new manufacturing technology - got to admire his energy, enthusiasm and ability to inspire. Shame he didn't go into politics but I guess he wouldn't fit....