BACK TO ALL NEWS
Currently reading: From the archive: Britain reclaims the land speed record
UP NEXT
2024 Mercedes C-Class EV spearheads brand's electric rebirth

From the archive: Britain reclaims the land speed record

Next year, a team of British engineers will attempt to break the hallowed land speed record (LSR) in the South African desert. The target of their car, if you can describe the Bloodhound LSR as such, is 800mph.

At the wheel will be Andy Green, an RAF wing commander who flies the Eurofighter Typhoon – which uses the same very engine. Or, to be correct, the very same afterburning turbofan.

This is the Rolls-Royce EJ200, which provides around 9kN of thrust. It will be complemented by a peroxide-fuel monopropellant rocket, provided by ammunitions company Nammo.

Green has already held the LSR for 22 years, having become the first human to break the sound barrier on wheels – hitting an average top speed across the required bidrectional runs of 760.343mph – in Thrust SSC. This used a pair of older Rolls-Royce turbofans, one either side of the cockpit, rather than behind it as in the Bloodhound. 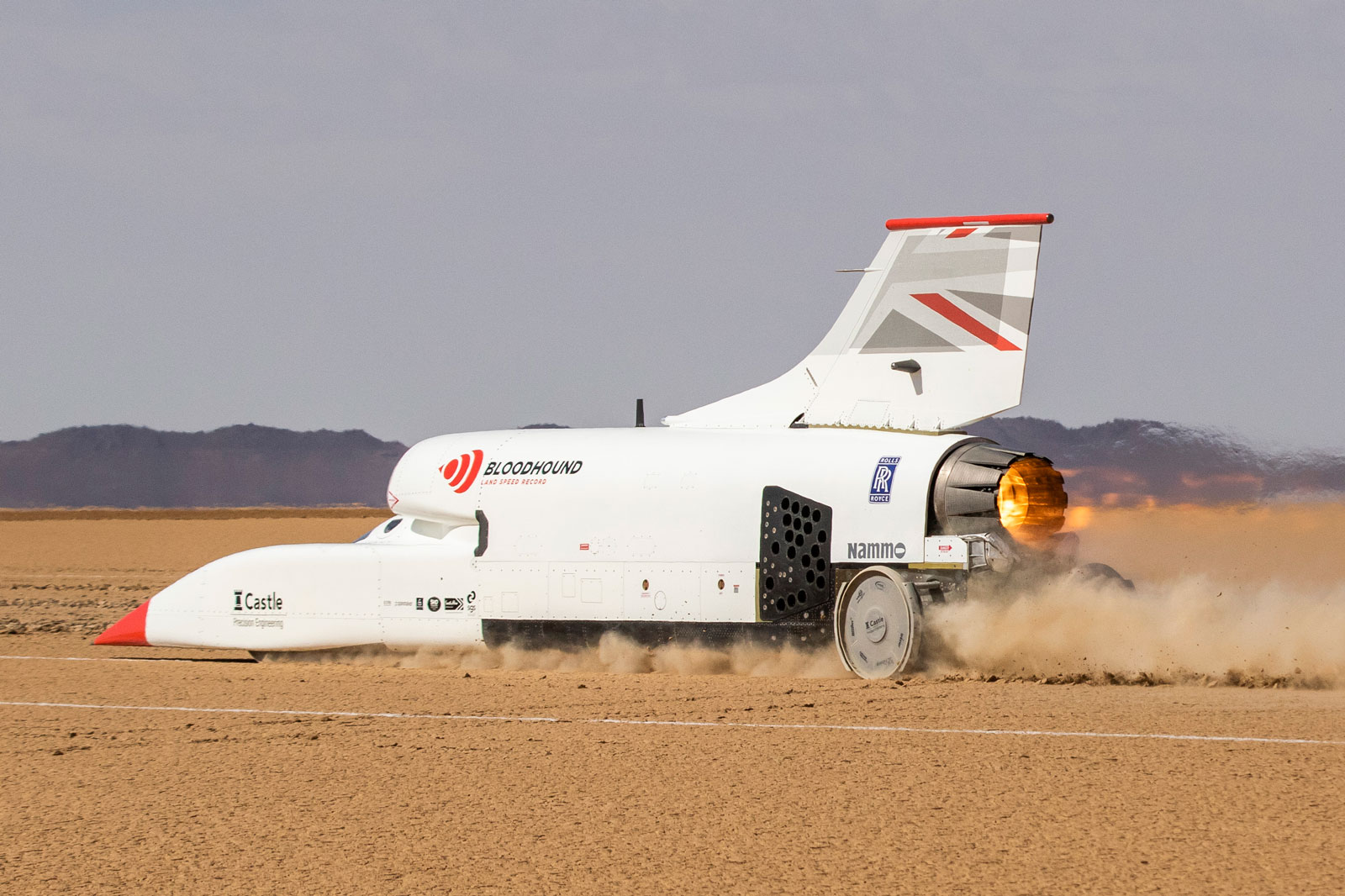 In earlier times, the LSR was broken far more frequently – often multiple times in a year. The rate of progress was incredible, too; just 49 years after the first recognised record of 39.24mph was set by an French aristocrat in his electric car, 400mph was exceeded for the first time.

One of the most fervent periods of competition in LSR history was the 1920s and 1930s, when Malcolm Campbell and Henry Segrave of Britain and Ray Keech and Frank Lockhart of the US continually sought to outdo one another, initially down Daytona Beach and then on the Bonneville Salt Flats.

In late February 1928, Autocar reported on the success of Campbell – aready his fifth – in reclaiming the accolade from Segrave, who had averaged 203mph the previous March. The Balitmore-born Irishman had done so in the Mystery (more popularly known as the Slug), which had been built by Wolverhampton's Sunbeam company, using two 22.4-litre V12 aircraft engines to produce 900bhp.

The car that would usurp it was the Blue Bird III, a rebuilding of Campbell's previous record-holder, Blue Bird II. It had more aerodynamically efficient bodywork, designed in Vickers' wind tunnel and built by Mulliner, and an upgraded version of the Napier Lion W12 aircraft engine; Campbell had persuaded RAF brass hats to lend him a Schneider Trophy racing Sprint version. A slighty larger 23.9 litres, it produced 875bhp. 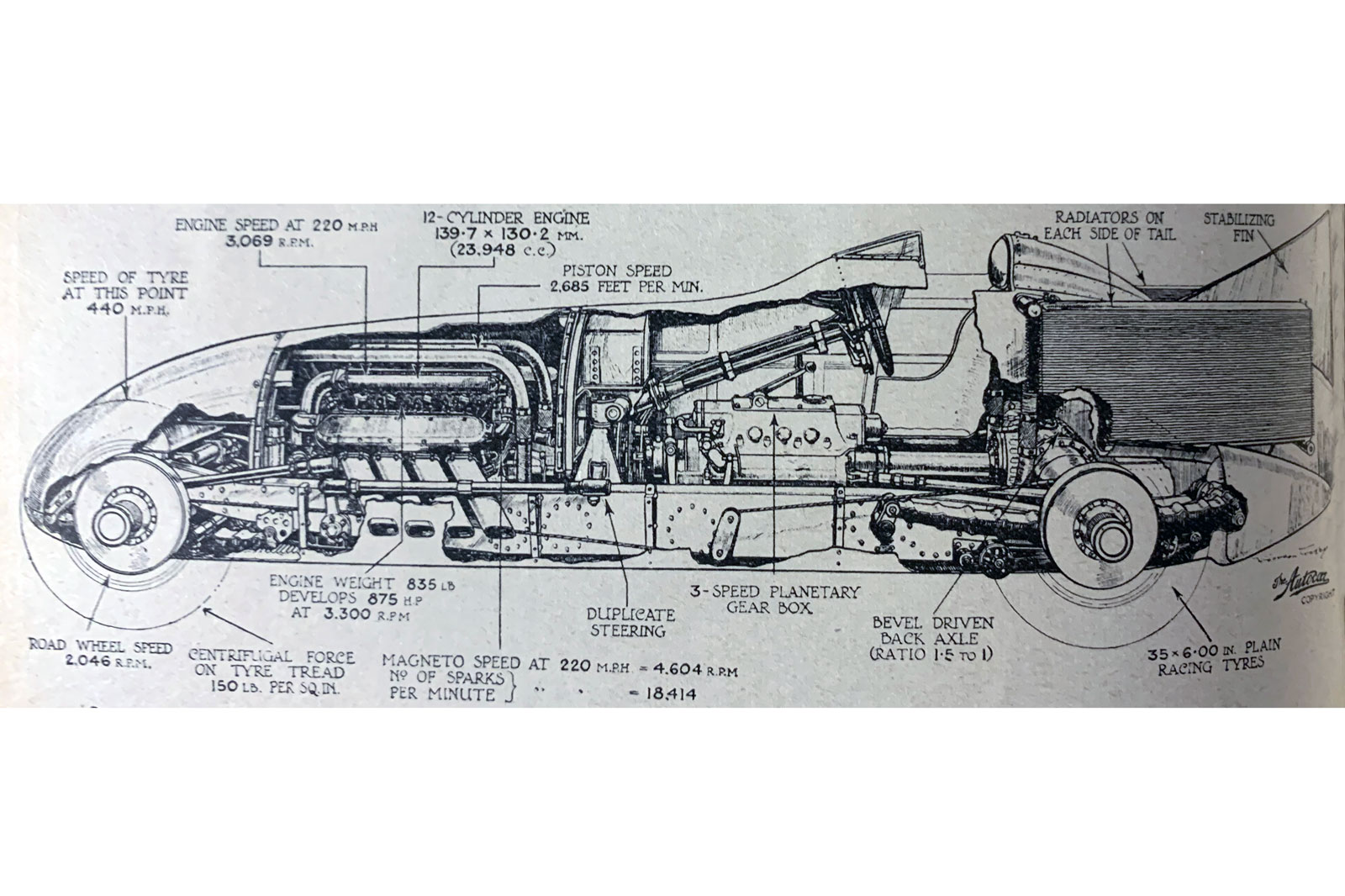 "Campbell's weird-looking monster arrives on the scene," Autocar described, "and simultaneously the whole of his rival Lockhart's team show up on the sand armed with stopwatches to see the beginning of the fray.

"The day was anything but ideal for the first serious attack on the coveted record. There was a wind, estimated by some people at 30mph, blowing against the car's quarter down the course, and the past week of bad weather had made the sand uneven and in places very bumpy.

"After the inevitable preliminary delays while various people panic as to whether the electrical [timing] apparatus is really going to function properly, Campbell's car sets off in good earnest and turns some four miles from the beginning of the course.

"Then it shoots forward, gathers speed, and appears from the distance like a projectile accompanied by the roar of some incensed diabolic monster, goes past the strip with a crash of sound, and flies into the distance at what is obviously a terrific speed.

"There is an interval while the electrical record is checked, then once more the immense volume of fierce sound rises to full strength, and the machine rushes by travelling none too steadily, it seems, right away down the course.

"Another interval, and the speed of the car down the wind is found to be 214.797mph, and against the wind 199.667mph. Campbell has travelled faster than any man has ever done before on land, at the official average of 206.956mph for one mile.

"At once there is great enthusiasm, and in the subsequent babble of talk, little sidelights on the performance stand out with illuminating vividness. How the great car nearly got out of hand when slowing after its fastest run, as a result of deviating from its course and striking a rough patch in the sand, which threw the driver high in the air and gave him a fraction of a second of desperate work to regain control; how the wind slowed the car more than could be possibly be expected without being correspondingly helpful on the return run owing to its direction; and how, from the general feel of the Napier engine, it seems that Campbell could travel faster still, given a better opportunity." 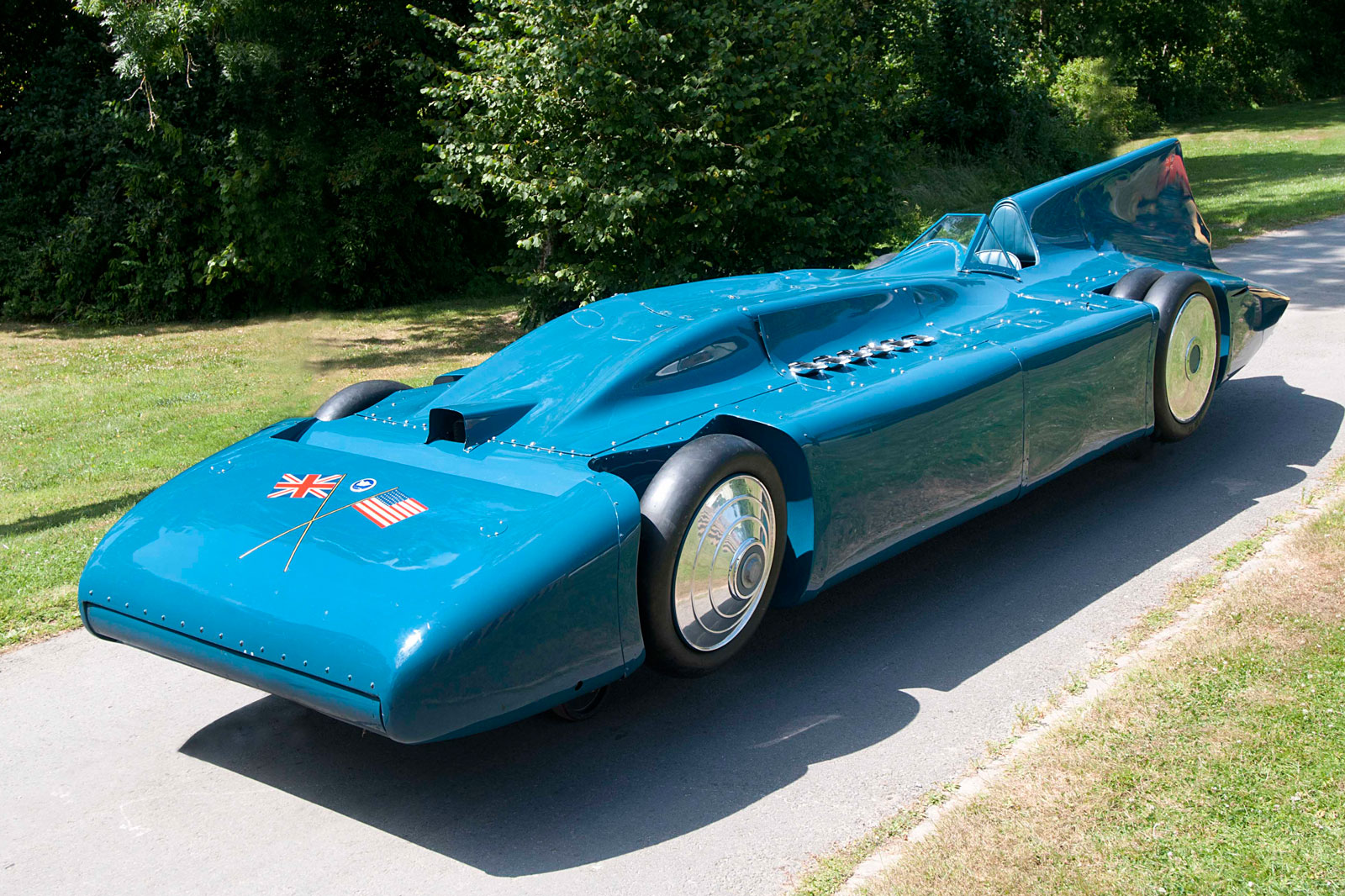 This might have been true; rival Segrave recorded 231.446mph in 1929, also using the Lion engine in his Golden Arrow. For the next iteration of the Blue Bird, Campbell would employ a supercharger, more than tripling its power to 1450hp. The final iteration, Bluebird V, would take Campbell to his final LSR of 301.129mph, thanks to 2300hp.

Back to Blue Bird III, we detailed: "It's curious how two entirely separate means of locomotion affect each other. One would not imagine at first that very much of the data gained by experience with aeroplanes could be effectively used for land machines, yet at every turn something of aeroplane practice is apparent. The wind tunnel in which the body was tested is an example; even the streamlining of the body has been borrowed from the aeroplane, and certainly the stabilising fin at the back. Special Dunlop tyres were then tested for the occasion, and the machine left for America."

Indeed, it seems incredible that such a machine could be produced and used successfully almost a century ago, and long may the innovation in LSR technology persist. Could Bloodhound, with its planned rocket upgrade, reach the 1000mph mark it was initially designed for? It seems unthinkable now, but then so did 100mph at the advent of the car. In fact, many people prophesised that humans could not survive movement at 30mph…