BACK TO ALL NEWS
Currently reading: For the record: How Autocar made its mark
UP NEXT
New 2023 Porsche 911 GT3 RS is "most track-focused" ever

For the record: How Autocar made its mark

Since its launch, Autocar has documented key world events through the prism of the automotive industry. We revisit 126 years of publication
Open gallery
Close

I really wish I weren’t living through a major historical event right now.’ It was meant as dark humour, but this post that appeared on my Twitter timeline in the murky depths of March 2020 made me realise that the Covid-19 pandemic would genuinely be a period forever remembered and analysed. More significantly, it meant that the daily reporting of all of us at Autocar would be looked upon as part of a historical record.

In truth, although pandemics, world wars, oil crises, key car launches, engineering innovations, company failings, worker strikes and legislative upheaval (no bigger example of which can be found than that occurring as you read these words) expectedly come to be seen as major markers, everything on which we report and every letter from a reader that we publish is an indelible and valuable source offact and contemporary perspective.

Imagine you’re Henry Sturmey in 1897, two years after founding The Autocar, riding atop your sparkling new Daimler, exposed to the elements and having but 4bhp under your right foot and a tiller with which to steer. It’s quite fantastic, indescribably more refined, more powerful, comfier,faster and more obedient than the horse that you and every one of your ancestors had relied uponfor primary transport.

“We are very pleased with it,” you write in the magazine’s first ever long-term test report. “All who have yet ridden in it express themselves highly pleased with its comfort. No one need hesitate about purchasing a car under the belief that they are anything but practical articles.” 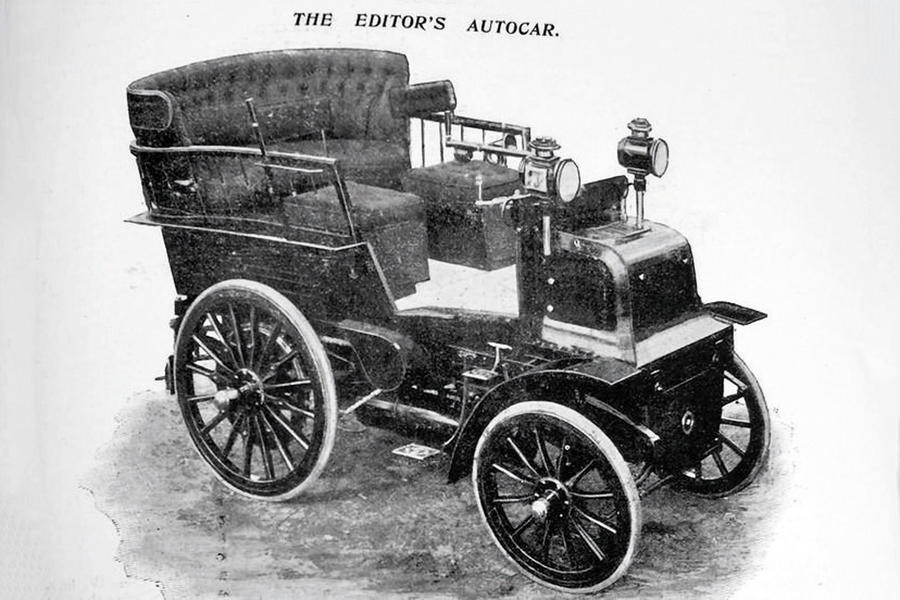 How ever could you have foreseen the blistering progress of the car, the rapid expansions of the industries centred upon it, the resultant wholesale transformation due for every area on the planet, the liberation of millions of people – or the invisible yet devastating environmental damage that all of this would cost future generations? Not in a million years you couldn’t. Yet all of this came to pass in so few years that Sturmey is only three generations removed from some of you reading this today. And Autocar remained published (almost) every week throughout.

The war against the Central Powers was the first major event the magazine lived through, but rather than try to continue as usual, we literally rallied the troops, asking the War Office as soon as war was declared what would be the best way that motorists could help. We then published a form that our readers could fill out and return to Lord Kitchener’s lackeys, offering loan of their “fast and handy machines for the transport of men and material”, being “only too glad if their cars could be utilised if required in the defence of their country or in the maintenance of its position”. Imagine offering your Vauxhall Corsa to fight the Taliban...

Come the return of peace, motoring began to be democratised and Autocar’s circulation soared, as along came mass manufacturing and affordable (relatively speaking) cars such as the Austin Seven – which became the subject of our first ever road test in 1928. Although performance, ride and handling weren’t exactly priorities for coverage back then, the car going well, not breaking down and being cheap to run were enough.

Our words were given credence by their authors’ engineering and design experience and our highly detailed technical drawings, while the sport was written by a top-class racing driver. On that note, any plans after 2022, Sir Lewis? 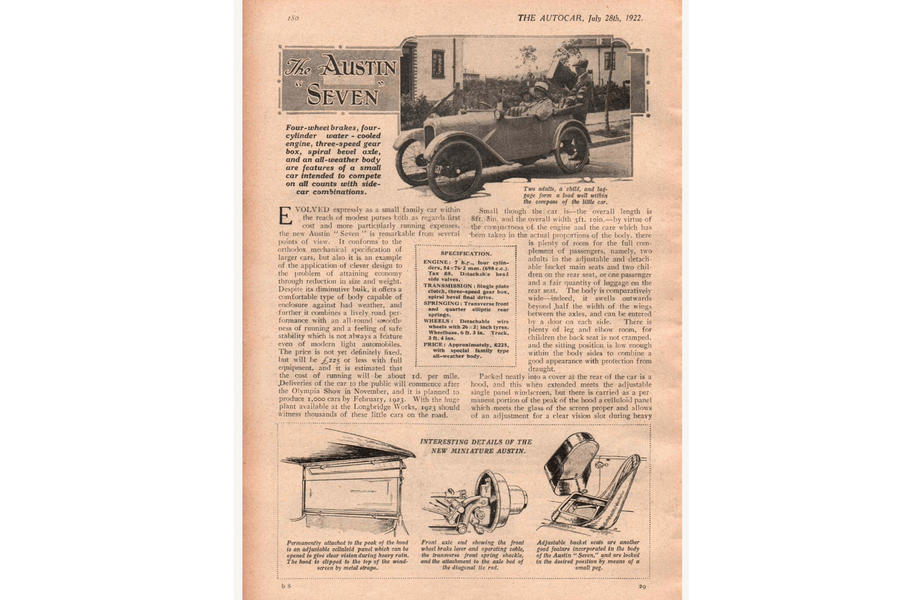 Another major landmark came in 1939, and for the next five years we guided our readers through the automotive industry’s incalculable contributions to the destruction of fascism, while covering everything on the home front from the work of the WAAFs to how to lay up a car for a long period of disuse and how to drive during the blackouts of the Blitz – not to forget sternly reminding readers that it was terribly bad form to drive around looking for blazes caused by bombs (although not quite as terribly irresponsible as going to your mum’s for dinner during lockdown, of course...).

We got right back on track in the 1950s. The British car industry went through perhaps its golden period, cars became affordable to virtually all, motor racing grew bigger and more prominent than ever before and there was always plenty to cover.

The launch of the Mini came in 1959: “Following the Triumph Herald, a second outstanding and original small car design has emerged, this time from the British Motor Corporation,” wrote the editor. “This 850cc design, the work of Mr Alec Issigonis and his team, bristles with originality, yet there is nothing remotely freakish about it. Whether they be engineers or laymen, those who examine this car are unanimous as to the good common sense and ingenuity built into it. The road test will gladden many hearts, for it gives promise.”

Then came the 1961 Geneva motor show: “Jaguar enthusiasts for some time have been asking the company to produce a new two-seater sports car with a flashing performance and plenty of luggage space for long-distance touring. Of equal importance with high maximum speed and vivid acceleration were the requirements of flexibility for town use and superb roadholding. These demands have now been met by a new ‘E’ type. In line with established Jaguar policy, prices of the new car are extremely low for the performance and appointments offered.”

The 1970s were a low point for Britain in many ways. In 1968, as the country’s major car firms were conglomerated into British Leyland, we said: “Put bluntly, British Motor Holdings are in a mess, with a reduced share of the market and little to look forward to in the near future. Sir Donald Stokes has a massive job ahead with all too few good men to turn to for help. British Leyland is now Great Britain’s most influential manufacturer and exporter and almost its only remaining automotive company of international significance. We wish it well; it is vital that it now succeeds.” 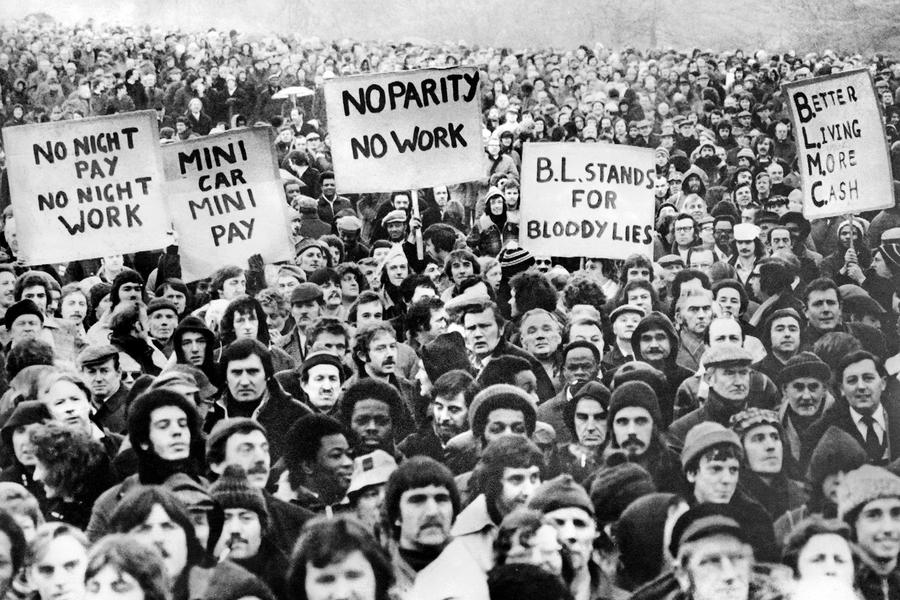 For myriad interlinked reasons, ranging from mismanagement and underinvestment to a global oil crisis, inflation and somewhat choppy political waters, come 1975 British Leyland had gone bankrupt and been nationalised. Almost £3 billion of public money later, the company was gone entirely.

Autocar was struggling to pull out of a crisis of its own. We had been absent from the news stands for no fewer than 20 weeks in 1973 as a result of printers’ strikes, and being brought into the same house as long-standing rival Motor had blunted the competitive edge of both weekly publications. The magazine was even on the verge of being killed by accountants in the early 1980s, but a bold relaunch sent its numbers soaring once more.

It absorbed Motor and, after handing over to a new generation of young car enthusiasts, went through a golden period in the 1990s, writing effusively enough to see off the multi-million-pound launch of new rival Carweek. 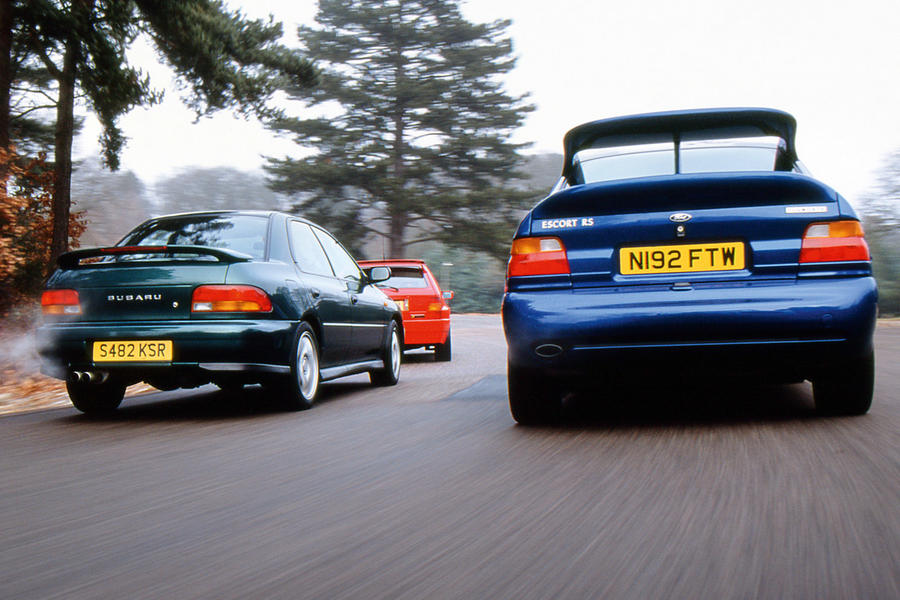 The next big challenge was the arrival of the internet, which for a long time was popularly believed to be the death sentence for print media – and for many swathes of it, that has indeed been the case. But Autocar persevered, launched a leading website for our news and reviews and, come the late 2010s, had weathered the storm to see a rise in magazine sales and audience that continues to this day.

As the world of motoring changes in a way and at a speed that has never been seen before, we will continue to guide and inform you through all that really matters. So here’s looking forward to seeing your grandchildren at road test number 8000 for the latest autonomous, electric, always-connected, ride-sharing pod out of China.

Before the internet I saved every copy of Autocar for at least 20 years, and had a bookcase full of them. I could only afford to buy (very) second-hand cars, and I would hunt through the back issues until I found your original review of anything I was interested in buying. I purchased over 40 cars following your advice. Many thanks.

Car magazines were a big part of my life as a kid, and ever since. From the early 80s i spent pocket money on them, and became a fan of monthly publications more than weekly because you got more to read for your money. So Autocar wasnt the first i would pick off the shelf unless the cover story really drew my attention. Things have changed a lot in the last 40 years however and i really enjoy Autocar more than its competition, although i remain very attached to Car Magazine too.

So thank you to all who put it together. Keep up the good work.

Autocar is by far the best all round magazine / website for car enthusiasts, I read the magazine regularly and check the website pretty much every day.

That said, I still  mourn the day Autocar swallowed up Motor magazine.  Motor was my favourite, and was far better than Autocar.  A very sad day indeed.