BACK TO ALL NEWS
Currently reading: The motorsport legend who runs an MOT centre: Autocar meets Ronnie Grant
UP NEXT
Jaguar Land Rover CEO on chips, EVs, quality and Discovery

Ronnie Grant started racing aged 41 but soon made up for lost time, with John Barnard and Patrick Head as his tech crew and Senna as a rival
Open gallery
Close

Some folk quit motor racing to avoid death but former Formula 3 driver Ronnie Grant took it up to feel alive.

“I’d been overdoing things, running the garage and my fleet of 50 taxis, when I started vomiting blood,” he tells me. “I was rushed into hospital where they gave me six pints of blood, except one of them was infected with hepatitis B. I swelled up like an orange. I nearly died and it was then that I promised myself that if I pull through, I’m going to do all those things I wished I’d done but never got around to. One of them was motor racing.” 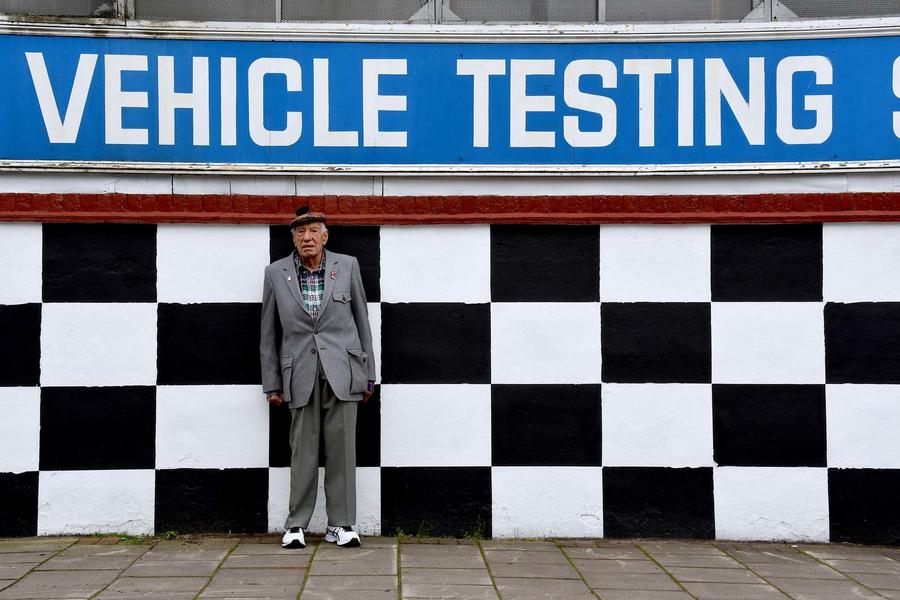 He was 41. Today, aged 94, sharp as a tack and looking dapper in a sports jacket and Clan Grant tamo’-shanter, this former racing driver, cabbie and, for the past 59 years, owner of Clapham North MOT, a garage in railway arches off Clapham High Street, London, is proof that a brush with death can be the catalyst for a fresh start – a start that would one day see him race against Ayrton Senna. But first there were the sniggers of two young racing car designers to face down…

“I started racing in Formula Vee in 1966 and in 1970 won the final round of the British championship,” recalls Ronnie. “Then Formula Super Vee came along. I wanted to have a go and had the right engine but no chassis. I heard Lola were converting the chassis of a Formula Ford to Super Vee but had no engine, so I offered them mine if we could work together.”

Sitting in Lola’s drawing office the day Ronnie showed up with his engine were two young designers who would go on to achieve success at the highest levels of motorsport: Patrick Head (now Sir Patrick Head) and John Barnard. 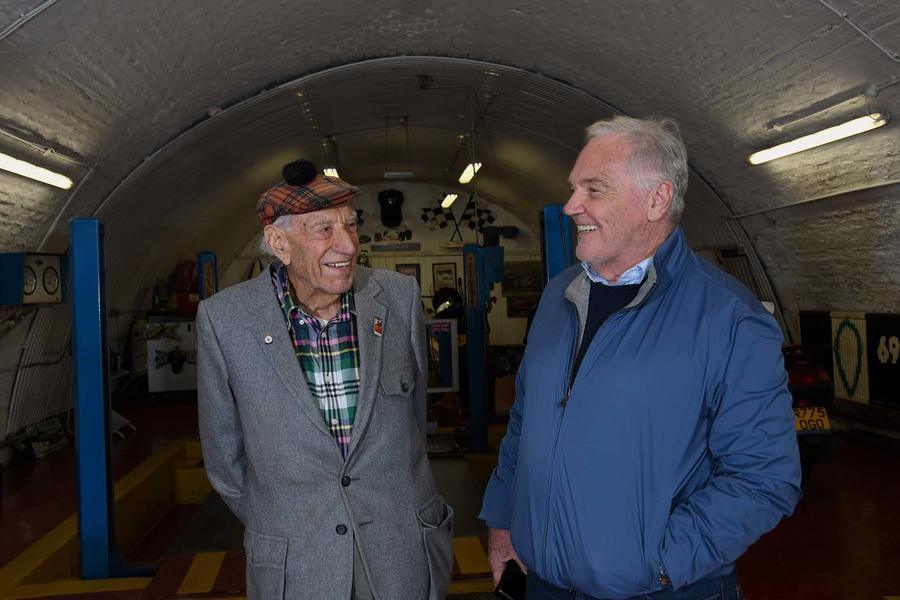 Even though it remains a technical exercise at the moment, this racing EcoBoost proves what a joy small-capacity racing engine can be

In an interview years later, Head recalled he and Barnard “almost falling about” with laughter when they saw this 45-year-old taxi driver with an engine and dreams of competing in Super Vee.

Fast forward 50 years and the same Patrick Head, who, quite by coincidence, turns up to take him out to lunch, couldn’t be more respectful. Anxious to whisk Ronnie away for a beer, the legendary racing car designer, who, with Frank Williams, founded the Williams Formula 1 racing team for which he served as technical director for 27 years, pauses to admit only to “breathing on Ronnie’s engines”.

“The secret was getting a decent camshaft,” he chuckles as the pair head over the road to the Falcon pub. 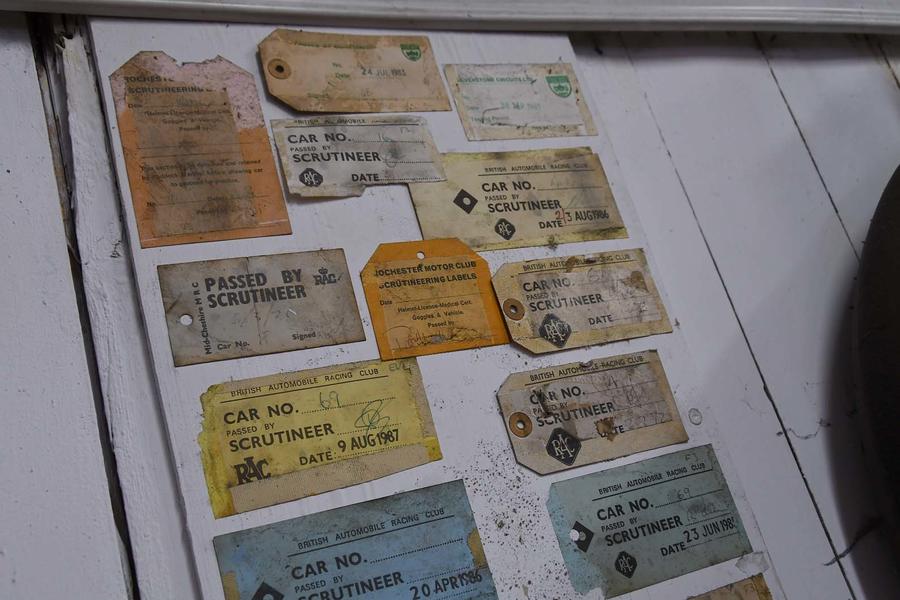 Doubtless, Ronnie will bring his old mate up to speed with the latest round in the controversial decision of Network Rail, his landlord that owned the arches he operates from, to sell its commercial property portfolio last year. It included over 4500 businesses located in railway arches around the UK and, as Network Rail was preparing the sale, it told tenants they could expect their rents to rise by 54%.

The deal went through last September when Telereal Trillium and Blackstone Property Partners purchased the portfolio on a leasehold basis. However, this May, the National Audit Office criticised the deal for the absence of any legal guarantees concerning the scale of future rent rises. 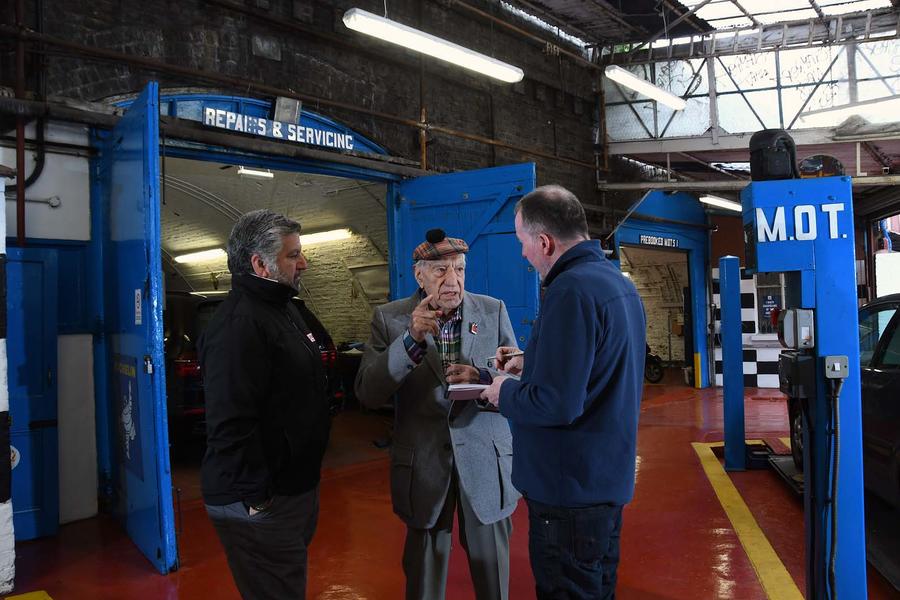 Father and son aren’t taking it lying down. For the past four years, they and their fellow members of tenants’ association Guardians of the Arches have been fighting to protect their rights and interests.

Which, as it happens, neatly describes his father’s racing career – one that had its fair share of victories and incidents. Early on, of course, he faced those chuckling young sceptics at Lola. In fact, it turns out the ageing racing driver had the last laugh because a year or so later, in 1972, Head and Barnard, who had by this time left Lola – Head to build a boat and Barnard to work for McLaren – found themselves working and designing part-time for Ronnie at his garage and in the pits as he pursued his Super Vee ambitions. 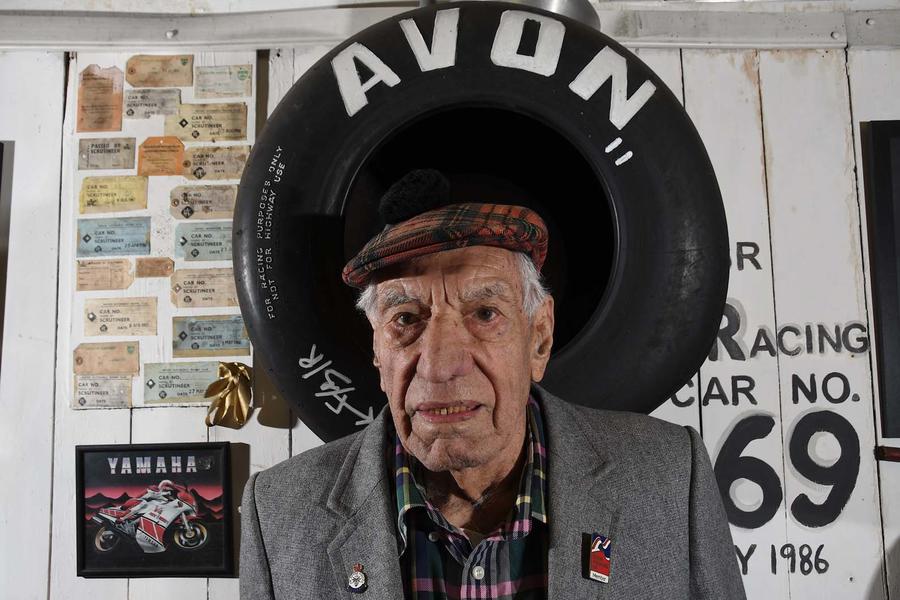 “I was racing against the likes of Jochen Mass and Keke Rosberg, and I had these young geniuses working for me!” recalls Ronnie. “I got several podium finishes as a result.”

It wasn’t all champagne, though. One wet weekend, Ronnie was powering around Silverstone during afternoon practice when, coming off Hangar Straight into Stowe and doing around 180mph, he lost control of his car and crashed.

“As I crawled out of the wreckage, it was hit by another driver and my leg was shattered,” he says. “Then the doctor arrived in a car driven by a marshall, who also lost control and crashed into us!

“I arrived at Stoke Mandeville Hospital just as Dr Nigel Cobb, the surgeon who repaired Barry Sheene’s legs, was leaving. He took one look at me and rushed me into theatre, where he fixed my broken leg. I was out of action for nine months but back racing the following season.” 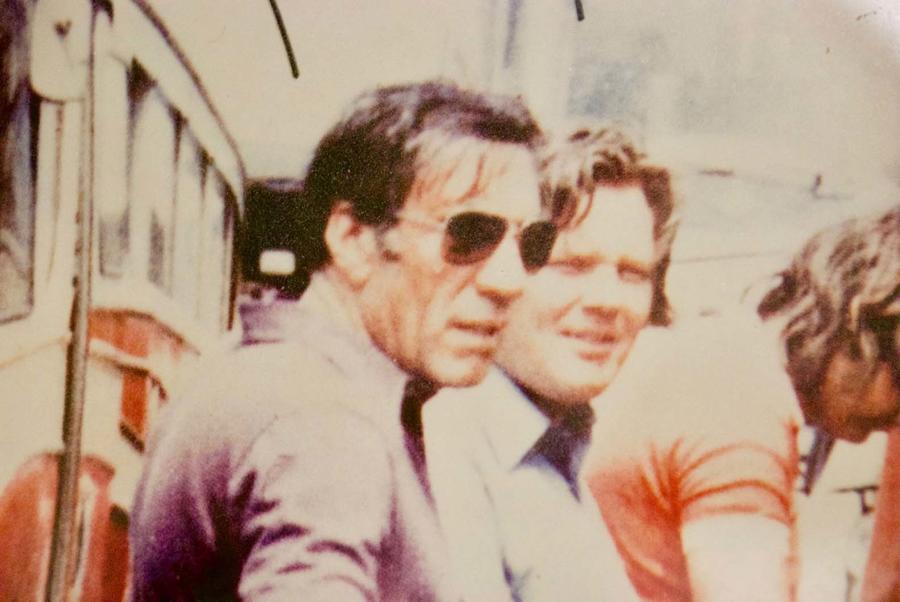 In 1983, aged 58 and competing in F3, Ronnie found himself racing against drivers who included Ayrton Senna and Martin Brundle. The pair famously sparred with each other for the championship which, at the last race, was claimed by the Brazilian. The following year, Senna moved up to F1.

Incredibly, Ronnie was still racing competitively in his 60s, only retiring in 1987, aged 62. “I remember it because it was the year Johnny Herbert became F3 champion,” he says.

Today, as he reflects on a life that has taken him from the beaches of Normandy, where he served as an infantryman in the 7th Battalion Royal Hampshire regiment, to his latest battle with Network Rail via cab driving (“Frank Sinatra, the Kray twins, Shirley Bassey… I’ve driven them all”) and, for the past 60 years, running a busy garage, Ronnie remains unfazed by his other life as a racing driver. 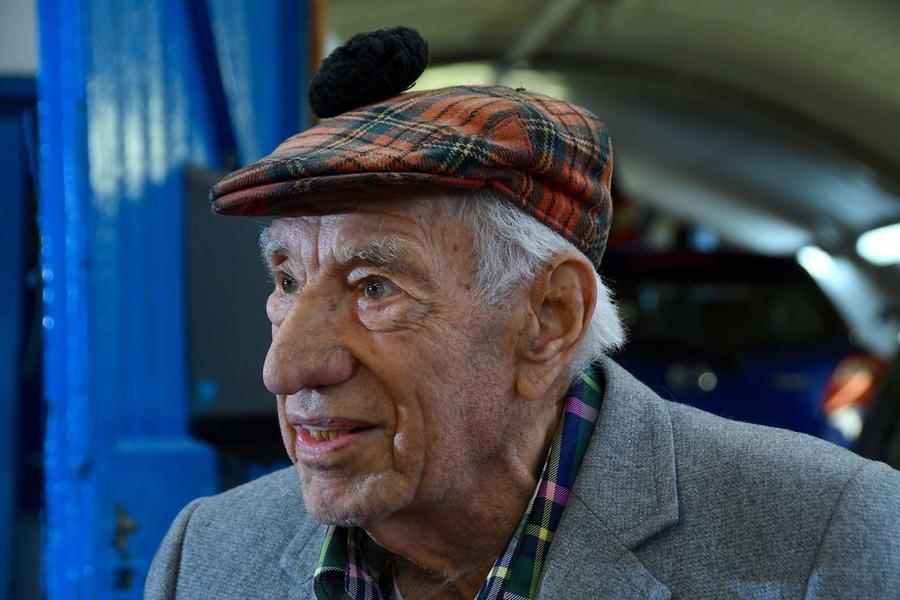 “I know I started late in life, but as I told all those younger drivers: ‘When I was your age, there was a war on’.”

Now, as he faces the prospect of future steep rent rises, it looks like another is about to start. Fortunately, a battle is just what this D-Day veteran lives for.

Ayrton Senna remembered by those who knew him​

On track in a Formula 3 car at Silverstone​

Failure is an option: what changes in the MOT test have meant for drivers​

Truly an inspiring guy, he should write a Book....!

What a wonderful story

Thanks for that. Too much bland PR talk, too much misery. This is a great story, and inspiring.

Sod off we dont want your

Sod off we dont want your spam rubbish - go away and troll another site.

Sod off we dont want your spam rubbish - go away and troll another site.

Autocar need to get on top of the spamming. Does no one on the staff check for spam?