BACK TO ALL NEWS
Currently reading: The man who fights insurance companies
UP NEXT
Fisker goes radical with Pear EV SUV

The man who fights insurance companies

He once assessed claims for insurers. Now he helps people get payouts when insurers dispute claims
Open gallery
Close

Remember Sally Cockburn? She was featured in Autocar in March after successfully resisting her insurer’s attempts to write off her Nissan Micra.

Cockburn appealed its decision, enlisting the support of local mechanic Colin Mullan, who put right the damage to her car by pulling out the Micra’s wing and resetting the car’s front suspension geometry. Job done: the insurance company reclassified the Micra from a Category B write-off, meaning it could never go back on the road, to a Category N, meaning she could drive it once again. They also sent her a settlement cheque for £2528.

“I’m happy now,” she said, “but I wonder: do insurers often try to force motorists to accept their car is fit only for the crusher when it isn’t?”

According to Tim Kelly, a former insurance assessor who represents motorists in dispute with insurers, they do. In fact, he says, Cockburn’s experience is the tip of the iceberg in terms of the obstacles insurers place in the path of their customers.

“I worked in the insurance industry for 15 years, but in 2014 a light went on when I realised everything I’d learned was wrong,” he says. “I saw an industry that was defrauding its customers and under-compensating them. I saw insurers lacking transparency in how they calculated premiums and unfairly rejecting claims.” 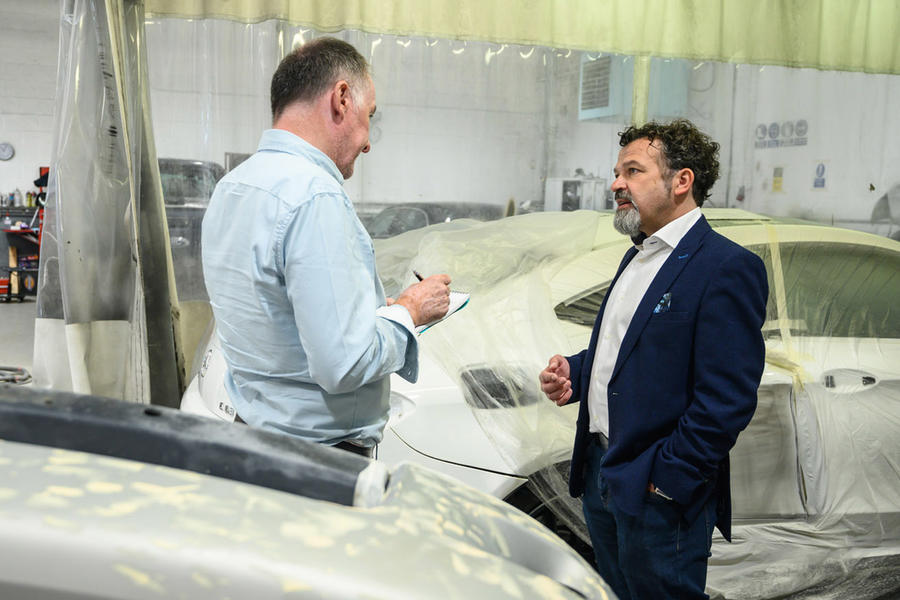 A survey by YouGov, a research company, backs Kelly’s claims. It found that many motorists don’t trust their insurer to pay out a legitimate claim. Kelly isn’t surprised.

“You might assume insurers make their money from selling insurance but, until the 2008 crash, they made most of their income from investing premiums. The crash hit them hard so that now they will do everything possible to reduce payouts.”

Whatever the truth, Kelly’s experience led him to set up Motor Claim Guru, a company that, he says, helps motorists obtain fairer treatment from insurers. Here are five of the most common complaints it receives.

Kelly claims the majority of people who contact him say their insurer is offering them less than the market value for their car. Kelly says it’s a ploy by insurers to save money by incentivising their assessors to reduce valuation figures.

“When I was an assessor with a major insurer, I was on a 10% profit share on condition that rather than offering the market price, my valuations were within 80% of Glass’s Guide’s suggested retail price for the car,” he says.

A customer can dispute the insurer’s valuation but Kelly claims that most insurers don’t budge. Instead, they direct the customer to the Insurance Ombudsman, Kelly says, knowing they’ll probably give up. Which is where Kelly steps in.

“Where I believe the valuation to be obviously wrong, I’m happy to help clients secure a higher figure,” he says. “In such cases, I have a 99% success rate.”

Depending on the model, most trade guides quote valuations that include popular options. Where additional ones are fitted, it can, says Kelly, be difficult to persuade an insurer to recognise them when calculating a payout.

He recalls helping a client who was in dispute with his insurer over his Mercedes G-Wagen that had been written off and had £40,000 worth of options fitted to it. The insurer refused to reflect the value of the options in its payout until Kelly got involved, at which point they increased their offer by £20,000.

Refusing to pay a claim is a simple way for an insurer to save money. A common excuse, says Kelly, is that you didn’t reveal something, such as points on your licence, when you took out the policy. “I’ve seen a significant increase of this type of claims refusal in the past two years,” he says.

Points are one thing but one of Kelly’s clients had his claim refused following an accident because he’d constructed a frame inside his van onto which he’d placed a mattress so that he had somewhere to sleep when surfing. His insurer said that as a result, he’d turned his van into a motorhome so the insurance cover no longer applied.

Kelly says: “Not only did the insurer refuse to pay him a settlement figure for his van but they also wanted him to repay the £7000 they’d paid the driver of the other car.”

Kelly challenged the insurer’s decision, quoting the DVLA’s definition of a motorhome, and won, gaining a full payout plus £5000 compensation and 8% interest on the whole claim.

Under the terms of the 2012 Consumer Insurance (Disclosure and Representations) Act, a driver must make an insurer aware of all risks when taking out insurance. So that the insurer knows what they’re in for financially, this includes providing an accurate value for the car. If, to reduce the premium, the driver says their car is worth less than its market value, they risk, at best, receiving a lower payout or, at worst, their policy being voided.

Kelly recalls a client who bought a Mercedes-AMG GT for £80,000 but declared its value to be only £50,000. A short while later, he crashed it. The repair bill was estimated to be £40,000 but the insurer wanted to write the car off on the grounds that the customer had undervalued it to reduce his premium. In the end, the repair bill came to £48,000 but Kelly persuaded the insurer to fund the repair to a maximum of £50,000 and not write off the car.

Black boxes are a popular way of reducing insurance premiums for young drivers. However, they’re not always reliable. For example, where connectivity is lost between transmitters, drivers are being accused of excessive speeding. 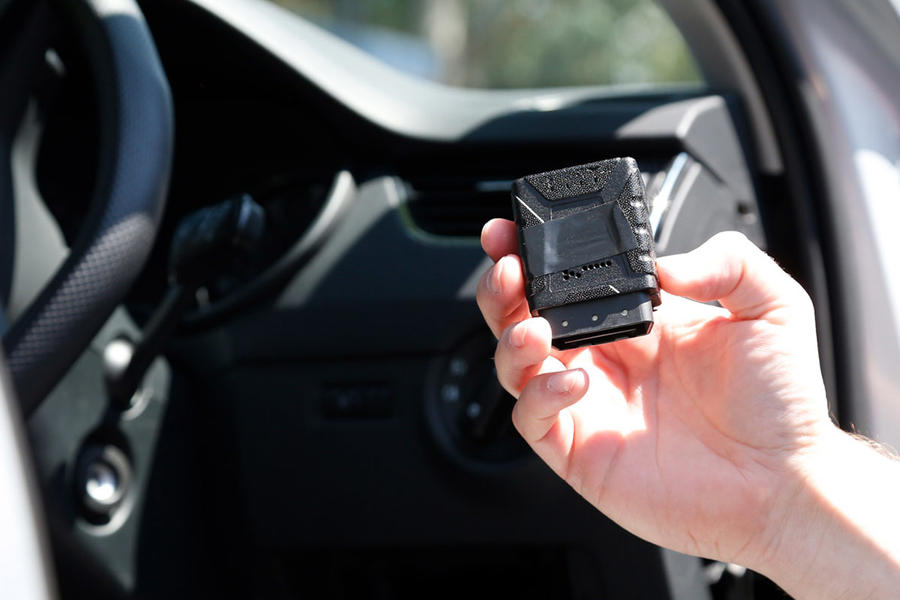 Recently, one of Kelly’s customers was accused by his insurer of driving his Corsa 1.2 at 106mph through a town centre and had his policy cancelled. “This is a serious issue because the policy holder will find obtaining future insurance cover extremely difficult,” says Kelly. “As a result, some policy holders cancel their policy themselves but in the process lose their no-claims bonus.”

Kelly’s solution is to make a digital subject access request to establish the quality of the black box data.

The case for manufacturer-approved repairs

Insurers would rather their customers use their approved bodyshops but Brian Lennon, director of Castle Coachworks, a manufacturer-approved bodyshop, says this is just to save them money. “Insurer-backed bodyshops use a mixture of OE [original equipment], non-OE and recycled parts that can compromise crash safety, while manufacturer-approved shops use only OE parts. We’re more expensive but worth it,” he says. 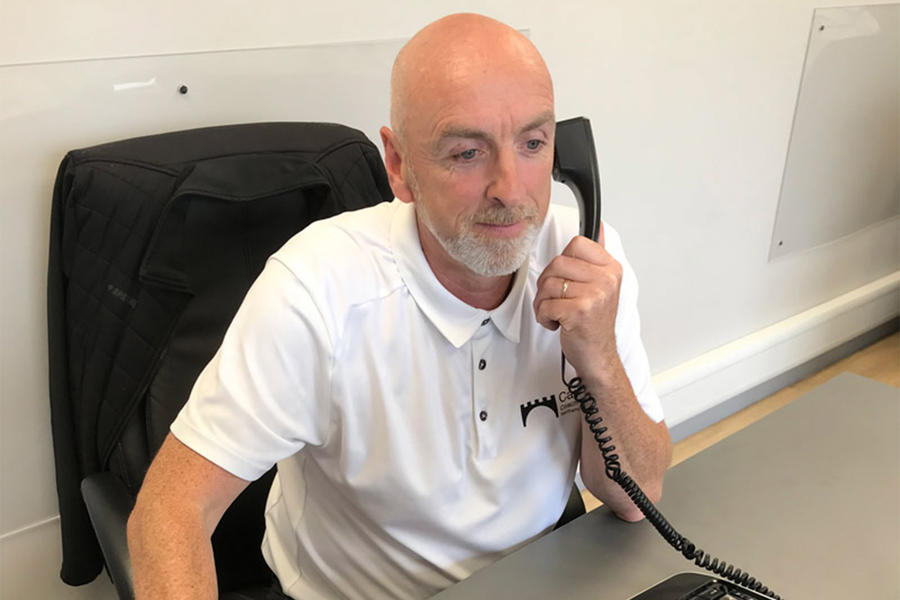 To illustrate his point, he shows me pictures of a steel-reinforcement bumper bar recommended by an insurer-approved bodyshop and one made of aluminium, both intended for a Land Rover Discovery: “The aluminium one is OE and has been crash tested so that it deforms correctly, triggering the airbag at precisely the right time. It’s the one we’d fit. The steel one is too stiff and there’s a risk the airbag could be deployed too late."

Everything you need to know about car insurance write-offs

How to save your written-off car