BACK TO ALL NEWS
Currently reading: How to save your written-off car
UP NEXT
Drawing fire: We talk to BMW's design director

How to save your written-off car

When your insurer says you have to scrap your car but you don't agree with it, what can you do? We hear from someone who took on the suits - and won
Share
Open gallery
Close
Share story

On receiving a £3211 settlement cheque for an aged Nissan Micra that has been declared a write-off by the insurer, most of us would happily cash it and hunt for a new set of wheels. Not Sally Cockburn. The retired teacher promptly put the cheque back in its envelope and contacted the company that had sent it to her, claiming the firm was unjustified in classifying her Micra as a Category B write-off, defined as a vehicle whose bodyshell must be crushed but which can be broken for parts. Instead, she asked the insurer to review its decision because her car had suffered only minor damage and was safe to drive.

Fighting talk indeed, but Sally was not prepared to accept that because of some minor wing damage to her Micra – a car that she had owned for 10 years, loved driving and had bought with money left to her by her mother – it must be put on the scrapheap.

Her problems began one morning when a truck glanced the front corner of her Micra’s nearside front wing. To his credit, the driver left his details so that Sally was able to contact him and get the ball rolling. The claims assessor acting for the truck’s insurer asked Sally to send him photos of the damage. On the basis of this ‘desktop inspection’ of the images, the assessor judged the impact to be moderate. Even so, he reckoned the Micra’s steering and suspension were also likely to have been damaged.

He calculated that repairs to Sally’s car would cost no less than £4155 but there was worse to come. The assessor said that Sally’s Micra 1.4 SE auto 5dr registered in 2006 but with just 16,000 miles on the clock had a pre-accident market value of £3310 – almost £1000 less than it would cost to repair. As a result, he declared Sally’s Micra to be a Category B write-off. Its scrap value: £99.

“I couldn’t believe it,” says Sally. “How could he so easily write off my car on the strength of a few pictures? Is this common practice? Are insurers forcing motorists to accept their car is fit only for the crusher when it isn’t?”

Sally immediately appealed the assessor’s decision. He suggested she have the Micra’s front geometry checked and, if the report was satisfactory, he would review her case. At which point, Sally’s knight in shining armour stepped in.

Colin Mullan owns a workshop not far from Sally. He’s a mechanic of the old school – a fixer not a replacer. He understood Sally’s attachment to her Micra and her fierce refusal to have it scrapped.

“The assessor knew Sally’s car was old but low mileage and in good condition,” says Colin. “He could have been more reasonable, viewed the car in person and judged it to be straightforward to repair. In my experience, however, insurers do things by the book, which makes them too quick to write off cars.” 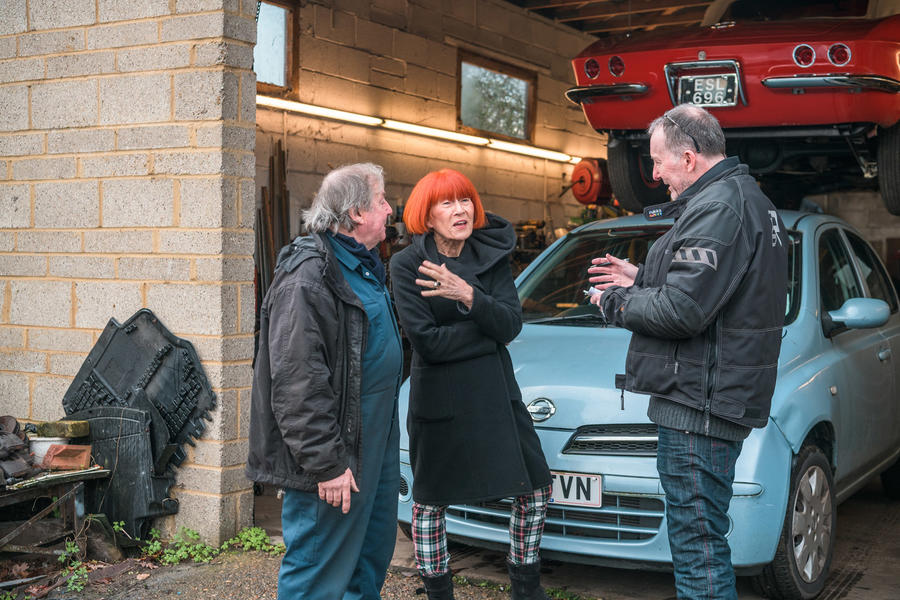 Colin drove the Micra to a tyre fitter to have the front geometry checked. However, the report wasn’t sufficiently detailed for the assessor, who said it must be checked again. So Colin took the Micra to another testing station that could provide more detail and that this time found the tracking on one wheel was slightly out. No problem – a quick adjustment and all was fine. The assessor accepted this second report. True to his word, he reviewed his decision and reclassified the Micra as a Category N write-off – a car with no structural damage – but there was a sting in the tail.

The check had also shown that the Micra’s rear wheels were not correctly aligned. Even though the problem was not related to the accident, the assessor insisted that Sally sign a disclaimer confirming she was aware of the problem and that she would not use the car until the geometry problem was rectified. In fact, he didn’t think it could be.

“I was in a catch-22 situation,” says Sally. “The assessor said I couldn’t drive the car until its rear alignment was fixed, while in the same breath saying it couldn’t be. I was reluctant to sign the disclaimer, since if I did, my poor car might be carted off to landfill.”

Colin was equally dismayed. “Any car of the Micra’s era with the same rear suspension set-up could have left the factory in that condition. It doesn’t affect the car’s stability one jot,” he says.

Even so, he managed to straighten the Micra’s back wheel and have it passed with flying colours on the third geometry check. The assessor accepted the result and dropped his disclaimer requirement. He also revised the settlement amount to reflect the car’s reduced repair cost and increased salvage value.

A few days later, Sally received a replacement settlement cheque for £2528. There was a delay while the car was reclassified on MIAFTR, the insurance industry’s anti-theft and fraud register, from a Category B to a Category N write-off, during which time Sally couldn’t drive the car on the road, but once that was done, she was good to go.

Regarding the use of remote ‘desktop inspections’ to establish a car’s condition and Sally’s efforts to have her car re-categorised, a spokesperson for the Association of British Insurers said: “It is in both the customer’s and insurer’s interest to ensure that the process for writing off a vehicle is accurate, efficient and avoids unsafe vehicles returning to the road. Insurers will always use a qualified engineer to make sure written-off vehicles are categorised correctly. Whether the engineer carries out an on-site inspection or desktop assessment will depend on the nature of the claim. If a customer is unhappy about the way their claim has been handled, they should speak to their insurer.” 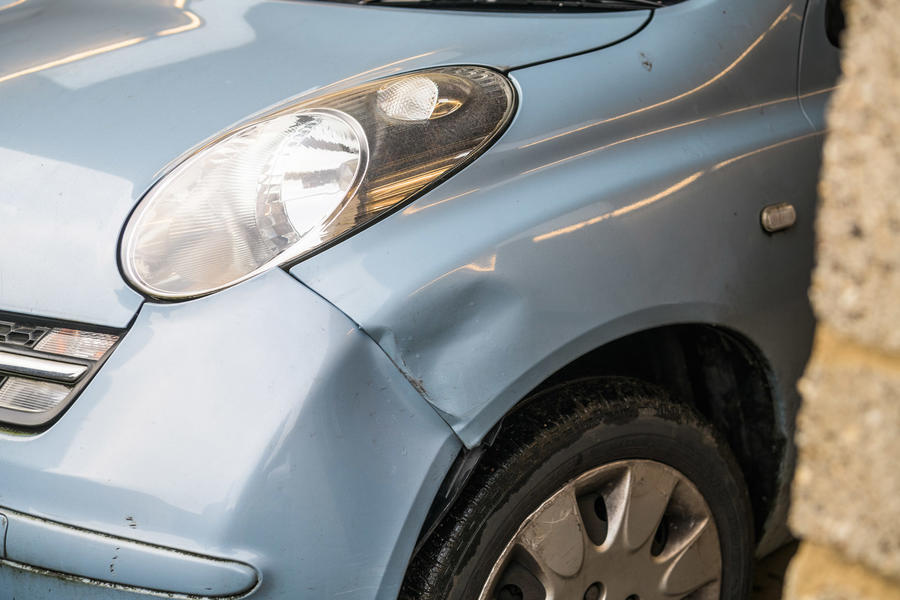 Meanwhile, Sally is just happy that she can drive her Micra: “Colin says he can fix the wing quite cheaply but the important thing is that my lovely Micra has been reclassified as a Category N write-off, which means it can be insured and I can drive it again. I hope my story will give other people the confidence to get their car’s write-off category changed if they believe it’s a nonsense decision.”

It sounds terminal but the definition of a write-off spans cars that are so badly damaged that they can never go back on the road to ones that can be repaired and driven once again. To clarify which is which, insurers put write-offs in one of four categories.

Until October 2017, these were, in descending order of seriousness, A, B, C and D. You still see Cat C and D cars advertised for sale. Thereafter, the categories changed slightly to emphasise the structural condition of the car. Categories A and B remained but S and N replaced C and D. Category S means the car has sustained structural damage and must be professionally repaired to be allowed back on the road, while N, the least serious, refers to a car that has sustained no structural damage. However, it could still have problems with its control and safety systems.

A write-off is cheaper to buy but may be harder to resell. In terms of insuring one, a leading motor insurer told Autocar that establishing the risk a driver represents is its primary concern when calculating premiums, rather than whether their car is a Category S, N, C or D write-off or not. When buying a used car, it’s wise to establish the car’s status with a vehicle checking service.

Ins co's have always been too

Ins co's have always been too quick to write off cars. It is one of the biggest cons going in the industry.

After a 10 mph hit and run accident, my Lexus sustained similar damage to the front nearside wing as shown on the Micra in this article.

Before talking to insurers, I visited the Lexus dealer and was recommended a new wing, front bumper, paint etc totalling over £4,000.

Chips Away did a bit of panel beating, filling and painting £276.00 inc VAT. My insurance excess is £350 so no claim made.

Involving your insurer sometimes can be very costly in the long term with affected premiums especially when you change companies and declare your history.

When my wife damaged a door on a post quite badly I knew the insurer nominated repairer would automatically fit a new door and paint it as they are all about speed of turnaround.

I found an 'old school' body shop with skills way beyond un-bolt it and bolt on new. They repaired the door, it was only the outer skin, structurally it was not affected and it is 100% perfect. Its still was not not cheap but I believe it wil cost less long run than the effect on insurance in years to come had her 15 year accident free history gone out the window.

A friend scraped the two doors on one side of her Discovery 3 some while back.  The Land Rover dealer tried to rip her off, quoting for new door skins.  A local body shop did an invisible repair for a fraction of the cost.