BACK TO ALL NEWS
Currently reading: Hydrogen cars explained: the technology targeting a fuel-cell future
UP NEXT
Eurocell chooses Netherlands over UK for first battery factory

We look at how hydrogen fuel cells work, and investigate when they might become mainstream
Open gallery
Close

Hydrogen has been touted as the ideal zero-carbon fuel for a couple of decades now, yet it has so far failed to catch on. However, in January of this year, the Hydrogen Council, an organisation comprising 92 major companies, claimed that the 2020s will be “the decade of hydrogen”.

Dr David Hart, visiting professor at the Imperial College Centre for Environmental Policy and head of the consultancy e4Tech, agrees, saying: “We’re seeing an enormous amount of serious interest in hydrogen particularly, and fuel cells too.”

Since the late 1990s, there has been huge investment in this technology by car makers, but only Honda, Hyundai and Toyota make fuel cell cars that you can buy today, and only the latter two offer them in Britain. Large-scale introduction has been hampered not so much by the tech but by the difficulty and cost of establishing a filling station network.

That’s about to change, though, thanks to international plans for hydrogen to become a major component of energy systems across the board. Not just for cars but also for domestic and industrial heating and power, for fuelling trucks, trains and ships and, perhaps most importantly, for storing and stockpiling surplus electrical energy.

Last year, the UK became the first country to legislate for net-zero carbon emissions by 2050, a step up from the previous law calling for an 80% reduction over 1990 levels. 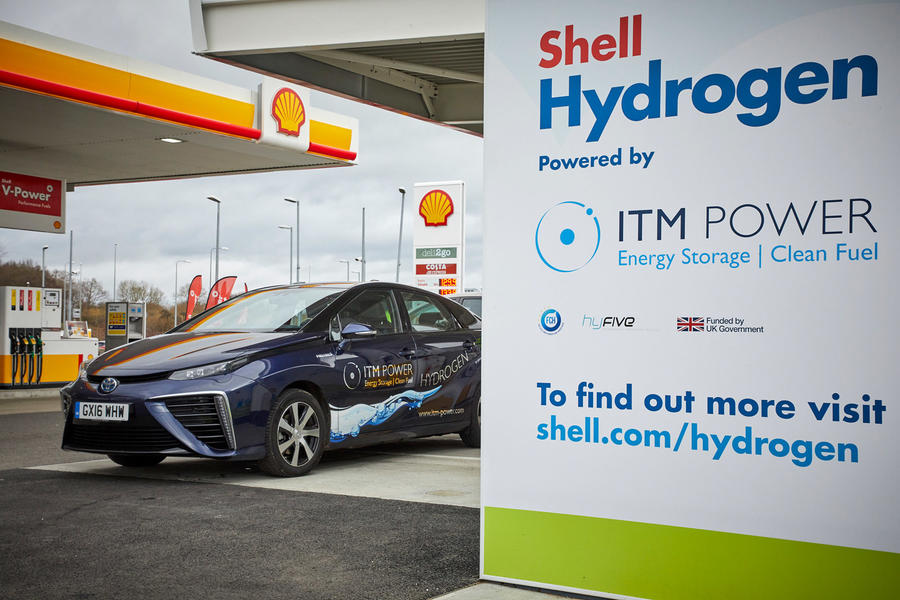 This made a big difference, explains Toyota GB’s manager for alternative fuels, John Hunt: “The 80% allowed all the difficult things to be parked and hidden in the 20% as things you didn’t have to do. Once net-zero was put on the table, people had to rethink, and ‘difficult to do’ has come to the front of mind.”

One of those things is hydrogen. Hunt says, in its July Future Energy Scenarios report, “National Grid makes it clear that hydrogen is essential; there’s no question at all.”

The report says that at least 190TWh of energy per year will be needed for producing hydrogen to achieve net-zero and highlights its value for storing energy to cope with peaks and troughs in electricity generation (called grid balancing). During the past decade, 8.7TWh of wind power – equivalent to the capacity of 136 million Kia e-Niro 64kWh batteries – went unused, at a cost of £649 million. That’s because there’s currently no way of storing vast amounts of off-peak electricity.

Hunt is confident the UK has huge potential for harnessing wind power to produce zero-carbon hydrogen. “The UK has some of the most accessible and windiest conditions in the world,” he explains. “The opportunity for the UK to establish close offshore farms producing hydrogen from seawater, then export it to land by pipe or ship, is huge. With the combination of spent oil and gas fields and rigs in place, using those platforms for producing hydrogen on-site is perfectly feasible.”

The oil-and-gas industry’s UK continental shelf report, also released in July, estimates 30% of the natural gas supply will be converted to hydrogen (with CO2 being captured) and there will be a massive escalation in renewable energy from offshore wind farms from 2030 to produce green hydrogen (no CO2 involved). 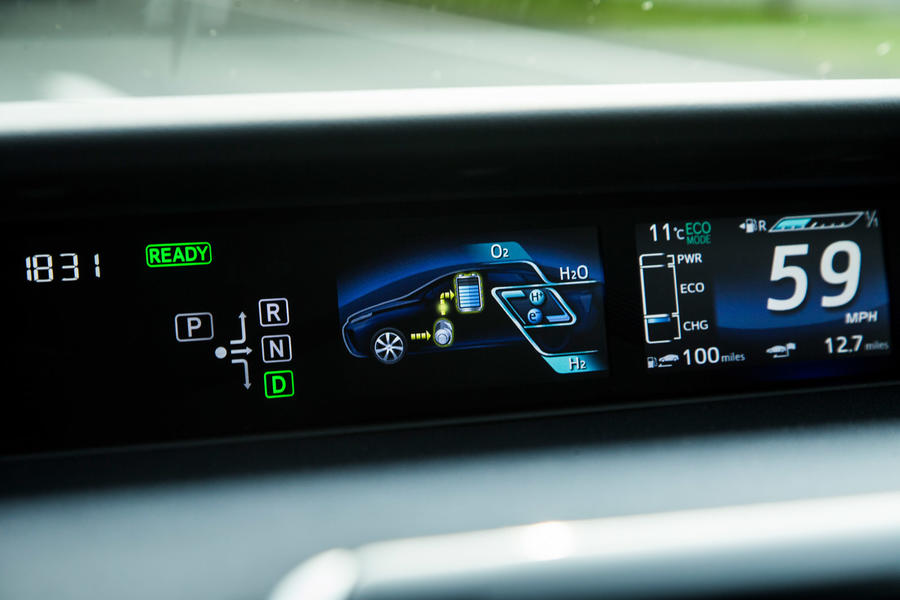 Green hydrogen is produced from electricity by the electrolysis of water. Once energy has been converted to hydrogen, it can be stored indefinitely, making use of depleted oil fields and salt caverns, which Hunt says the UK has “excellent geology for”. Thirty salt caverns in the UK are already used for storing natural gas and oil. Pipelines once used for carrying natural gas can be used for hydrogen instead and perform a dual role of storing energy.

The current pipeline network in the European Union not only transports gas but in doing so also stores 1500TWh of energy in gas form. And unlike electricity, the energy carried in hydrogen doesn’t diminish as it’s moved. A consortium of European gas suppliers plans to build another 14,000 miles of pipe to form a hydrogen distribution backbone right across Europe.

Building hydrogen filling stations without many vehicles to make them financially viable has been a sticking point, but regional commercial fleets of trucks, taxis and buses offer a solution. “The original thinking was to build a lot of filling stations and have cars travelling between them,” explains Hart. “Now the thinking is to establish fleets in specific areas to create nodes. Once there are enough areas, they can be joined up.”

Hart labels the EU targets for 2050 “very aggressive” and says a concerted effort will be needed to grow production of the electrolysers needed for making green hydrogen.

British firm ITM Power is ahead of the game on that score. “We have been producing electrolysers for two full decades now and at the end of this year will create a gigafactory for electrolysers,” explains ITM Motive managing director Duncan Yellen.

ITM Motive is a new offshoot of ITM Power set up to focus expressly on the development of hydrogen filling stations. It has seven already, mainly around London, and another six under development – two in the London area and four further north. “We need about 100 to have a sensible geographical coverage,” says Yellen. “My ambition is to achieve the magic 100 stations within the next five years. Because of the excellent range of fuel cell vehicles, that will give us a nationwide coverage.”

ITM hydrogen stations already serve taxi fleets and emergency services, including the Metropolitan Police, which runs 11 Toyota Mirais. “Those organisations need their vehicles 24 hours a day and don’t have time to plug in and recharge,” says Yellen, who has run the same Mirai as his daily driver since 2015 and seen no drop in performance. 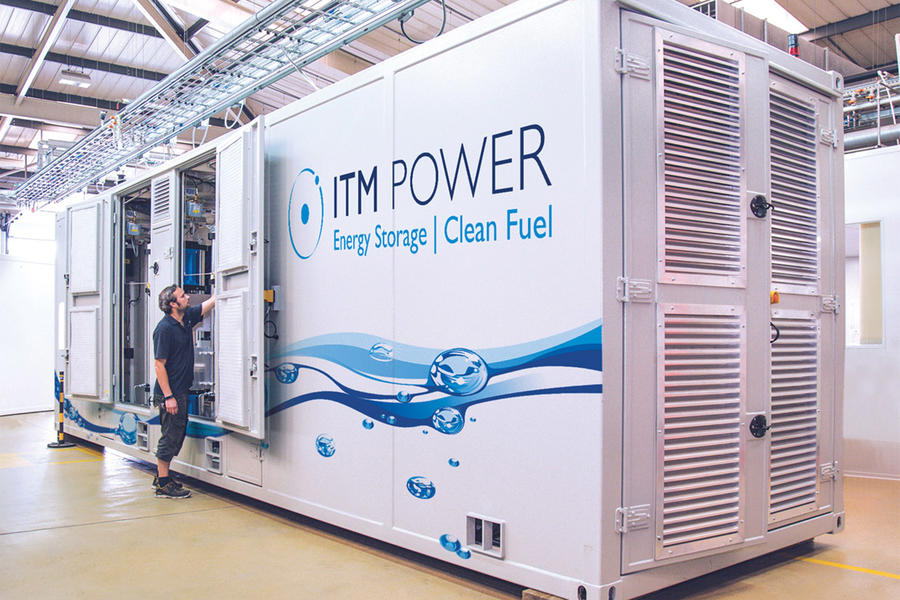 The cost of refuelling today at ITM stations is £10 per kilogramme plus VAT (a Mirai can take 5kg). Yellen is aiming for that to fall to around £7 plus VAT, which would represent only a small premium over diesel. He firmly believes hydrogen will be an essential part of future energy scenarios, saying: “It’s absolutely clear that if you want to get to net-zero, you must have hydrogen in the mix. You won’t be able to do seasonal storage, standby generation or heavy goods transport without it.”

It’s estimated that there are 53,600 hydrogen vehicles in use globally today – 18,000 cars and 31,000 forklift trucks, the rest commercial vehicles. Just 240 are registered in the UK, but that total could well rise rapidly in the next decade or two.

Fuel cell electric vehicles (FCEVs) are electric vehicles with a hydrogen fuel cell system instead of a large battery pack. Hydrogen is stored in a tank at 700bar, a stack generates high-voltage electricity and a small buffer battery provides transient power for acceleration and storing energy from regenerative braking.

Stacks are made up of smaller fuel cells (there are 370 in Toyota’s system), each containing a polymer membrane sandwiched between a catalyst-coated anode and cathode. Hydrogen flows through the cathode side and air through the anode side. Protons in the hydrogen atoms are attracted through the membrane to combine with oxygen in the air to make water, giving this type of fuel cell the name proton exchange membrane (PEM). The electrons left behind produce an electrical current between the anode and cathode. 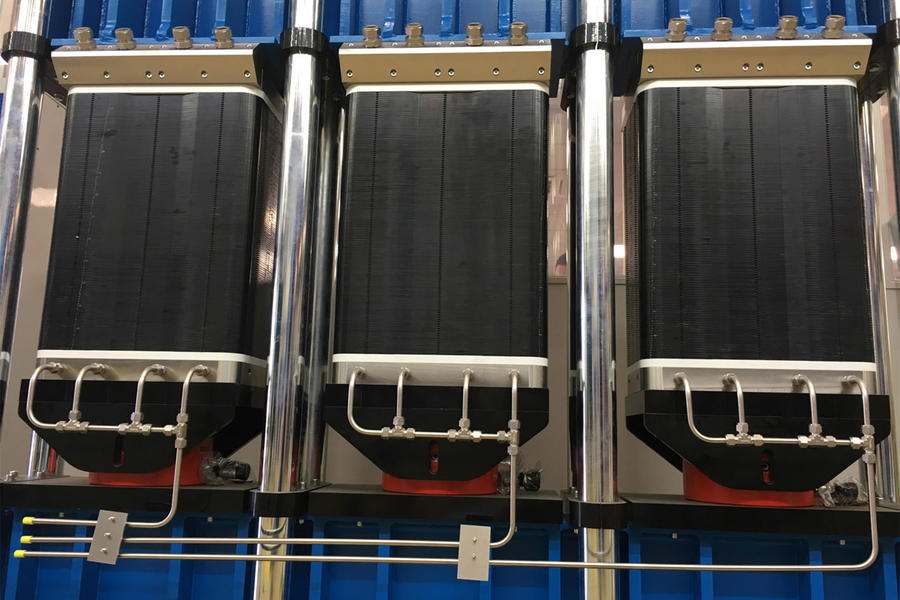 Challenges during development included water produced inside the stack, robustness and starting up in very low temperatures. Fuel cells were expensive, too, but their cost has been falling and Toyota expects parity with hybrids by 2025. Full hydrogen tanks have been subjected to violent testing over the years – including being shot – and hydrogen is dangerous only in a confined space, so fuel cell systems have leakage sensors. Otherwise, it disperses harmlessly into the air.

Refilling an FCEV with hydrogen is much the same as refilling a traditional car with petrol or diesel, except the pump nozzle locks firmly into the filler to deliver the high pressure. Drivers of FCEVs experience little difference in refuelling, while the driving experience is exactly the same as in a battery EV. 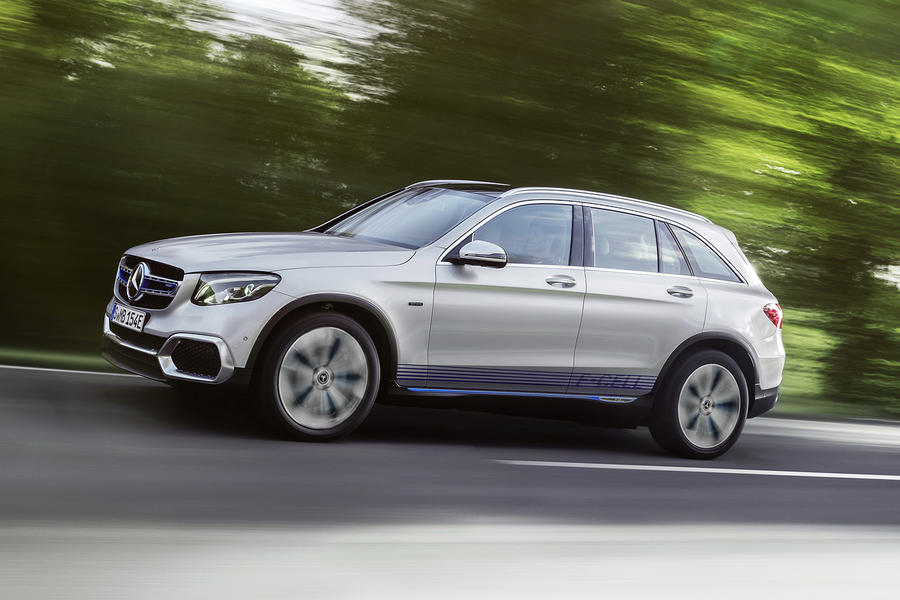 Mercedes-Benz: In 1998, Mercedes became the first maker of a road-legal FCEV: the Mercedes-Benz A-Class-based Necar 4. It’s more focused on battery EVs now but has the GLC F-Cell prototype and decades of research behind it. 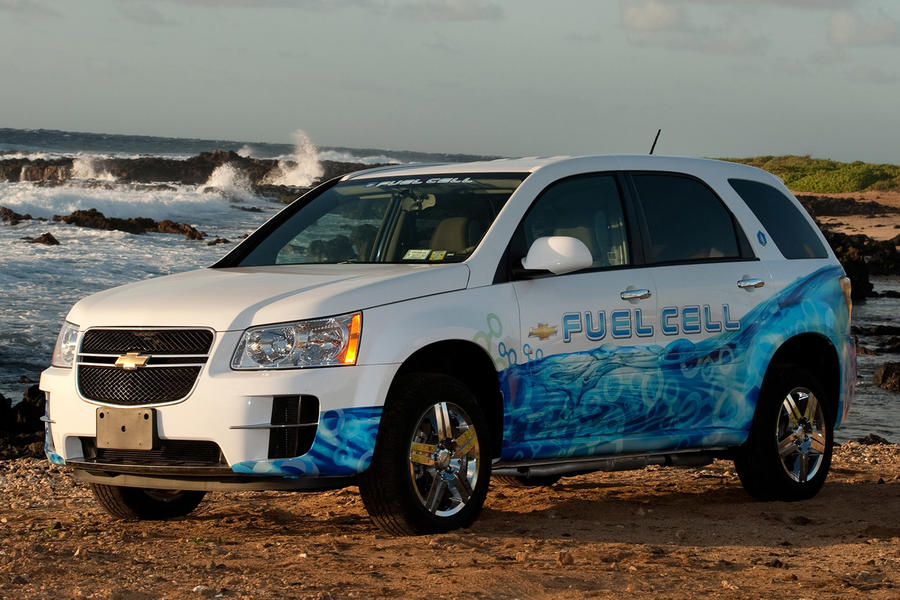 General Motors: GM had invested £1.9bn in fuel cell tech by 2016, produced the innovative Hywire concept in 2002 and the Equinox FCEV in 2008 and partnered with Honda, but it recently shelved its FCEV plans. 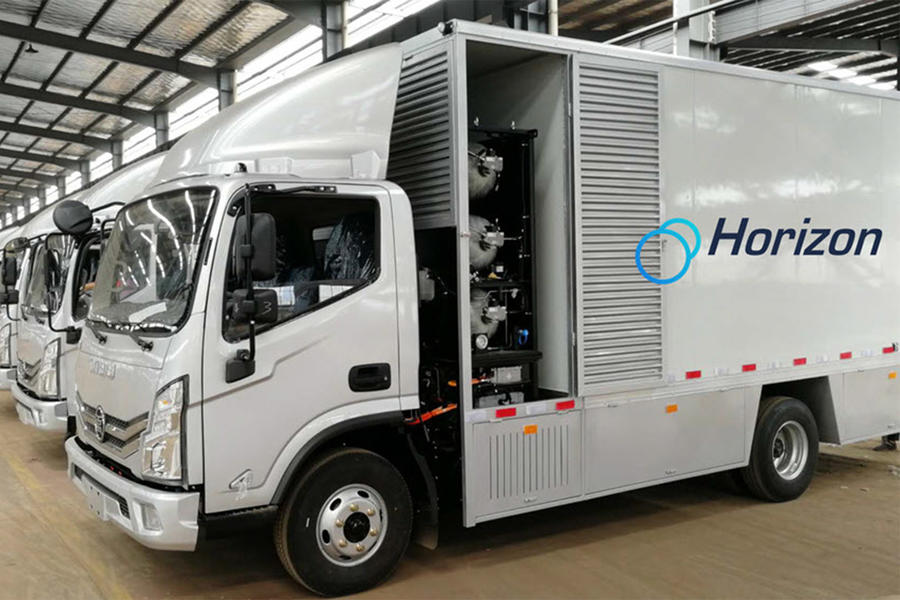 Ford: Once in partnership with Daimler and major Canadian fuel cell developer Ballard, Ford has scaled back its FCEV interest. However, its Chinese partner, Jiangling, produces hydrogen-fuelled heavy trucks. 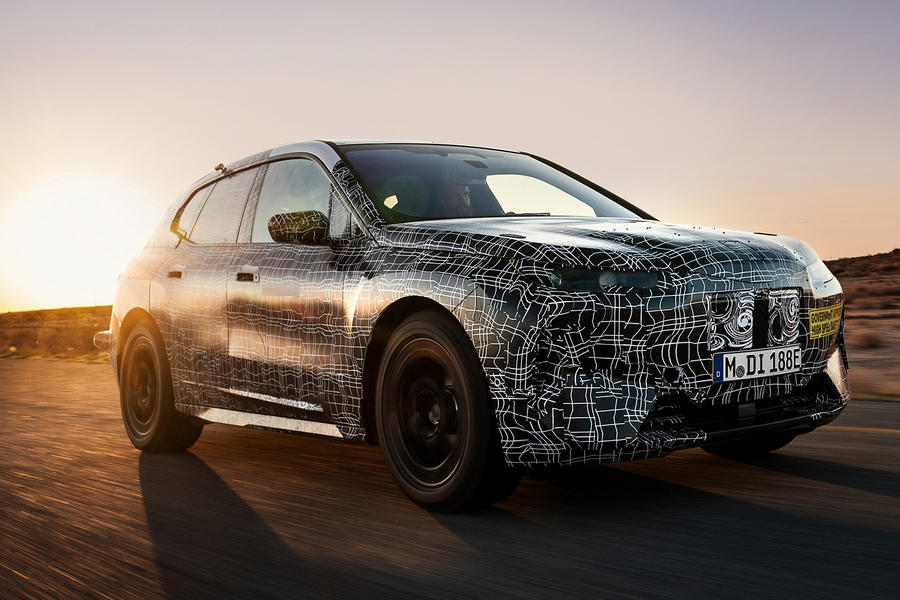 BMW: Late to the party but now in partnership with experienced Toyota, BMW sees the potential for fuel cells predominantly in larger vehicles. It’s currently developing the i Hydrogen Next, an BMW X5-sized SUV. 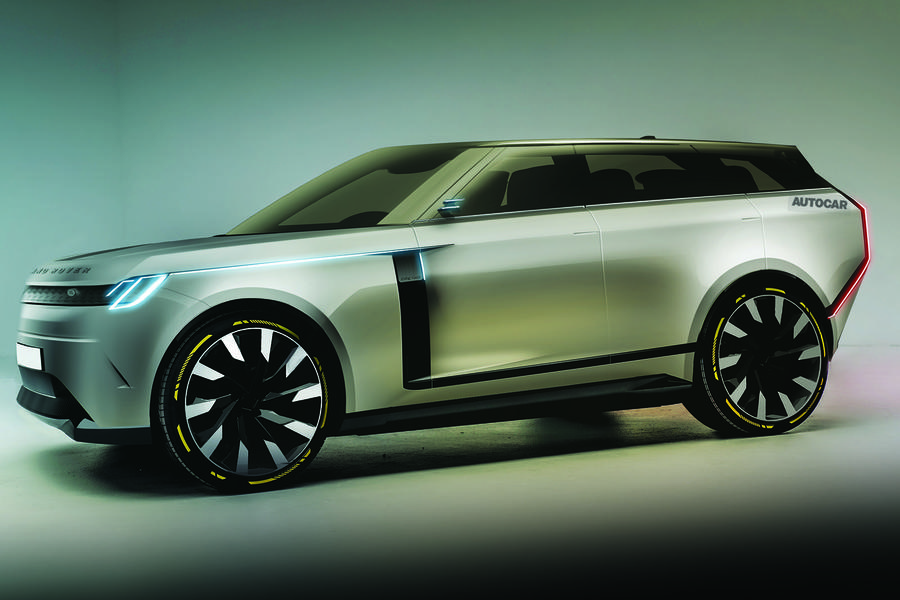 Jaguar Land Rover: JLR has no previous with FCEVs, but its recent interest – the creation of Project Zeus, which aims to produce a Range Rover FCEV – highlights the fact this tech has matured and is now far more accessible. 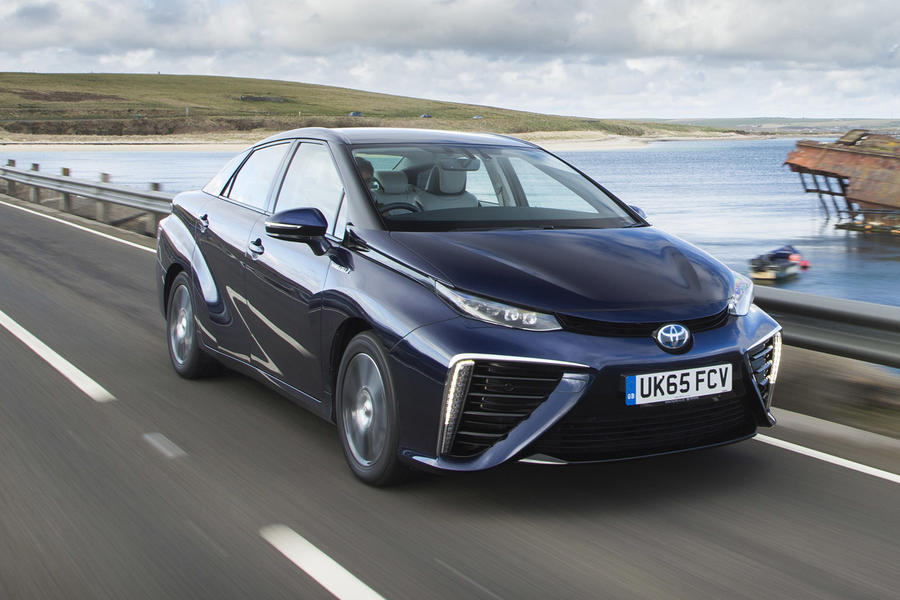 Toyota: Toyota started seriously working on hydrogen fuel cell tech way back in 1992 and put the Mirai on sale in 2015. A second-generation version is due later this year. 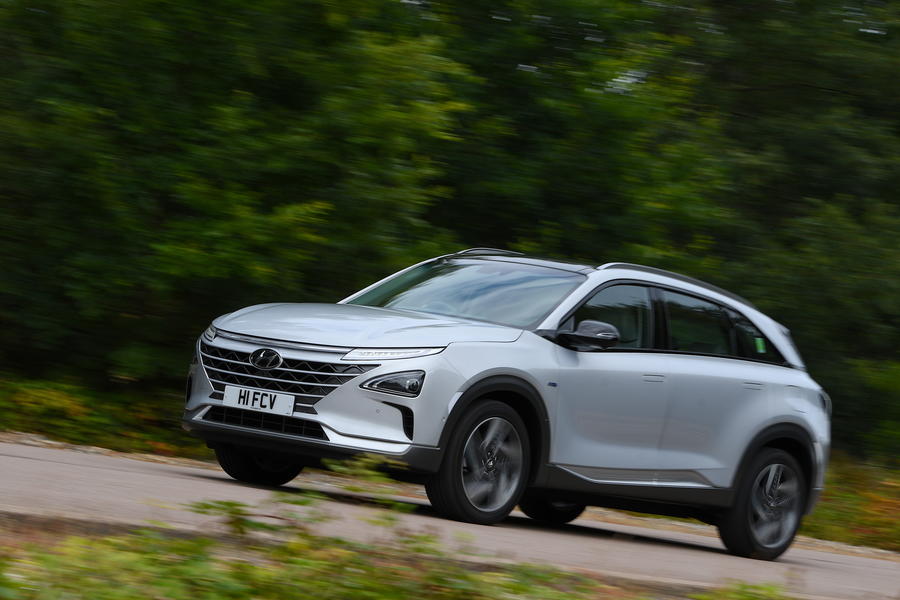 Hyundai: Hyundai has also been developing fuel cell technology since the 1990s. Following an FCEV version of the ix35 came the bespoke Nexo, which is now on UK sale. 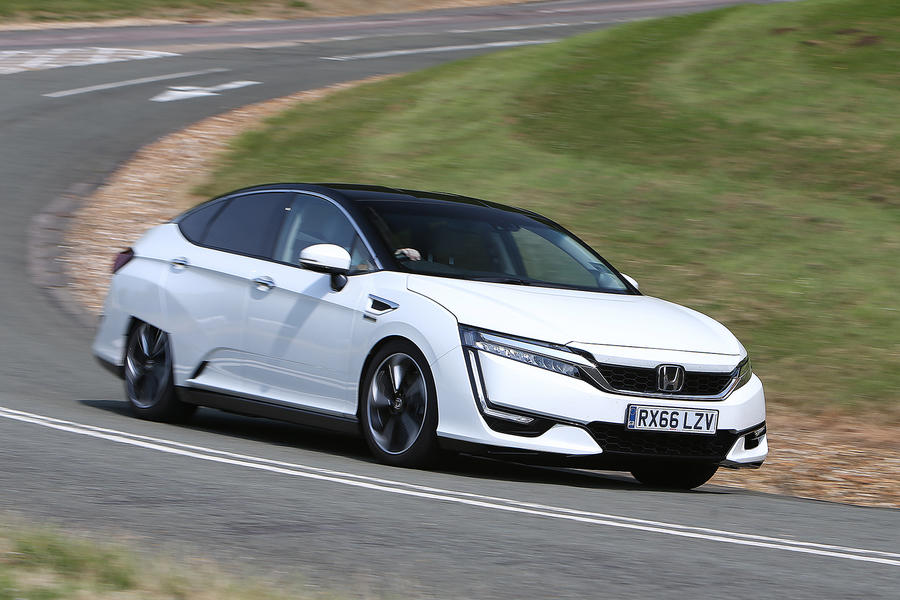 Honda: Honda was one of the first to the table, starting basic research on hydrogen fuel cells in the late 1980s, and has offered its Clarity FCEV in the US since 2008.

Autocar, we get it, you have some hydrogeng-loving sponsors. But do you really have to insist?

Hydrogen for cars is a stillborn idea due to the fact that the vast majority of it is produced by burning fosils.
But hydrogen does have a future in applications where batteries are not feasible, such as airplanes and ships.

You Have To Reach For The Stars

My take from the article is that hydrogen is still not sufficiently developed as a fuel source or from an infrastructure standpoint. EV's as a solution to world transportation is not the answer to emissions/resource utilization. Its just better than ICE and kicking the problem down the road a further 30yrs. Hydrogen offers to be the 'Holy Grail' if and when the difficulties are ironed out.

There's a post over on PH by a guy who has a hydrogen-powered car which, in his words, has been an "expensive car park ornament" since March due to complete non-availability of hydrogen.

There's a post over on PH by a guy who has a hydrogen-powered car which, in his words, has been an "expensive car park ornament" since March due to complete non-availability of hydrogen.