No fewer than 27 vehicles were members of our long-term test fleet this year, ranging from people-carrying vans to performance machinery and saloons to SUVs. Which of them left the greatest impressions on our testers?
Open gallery
Close

Every year, we're lucky enough to 'own' cars as part of our long term fleet, getting to live with them as if they actually were our own, and crucially test them for more than just a few hours.

In the process, we dig into the high-points and flaws, with some proving more memorable than others. Here's our pick of the 2021 fleet.

The 'Curse you, remote working' award 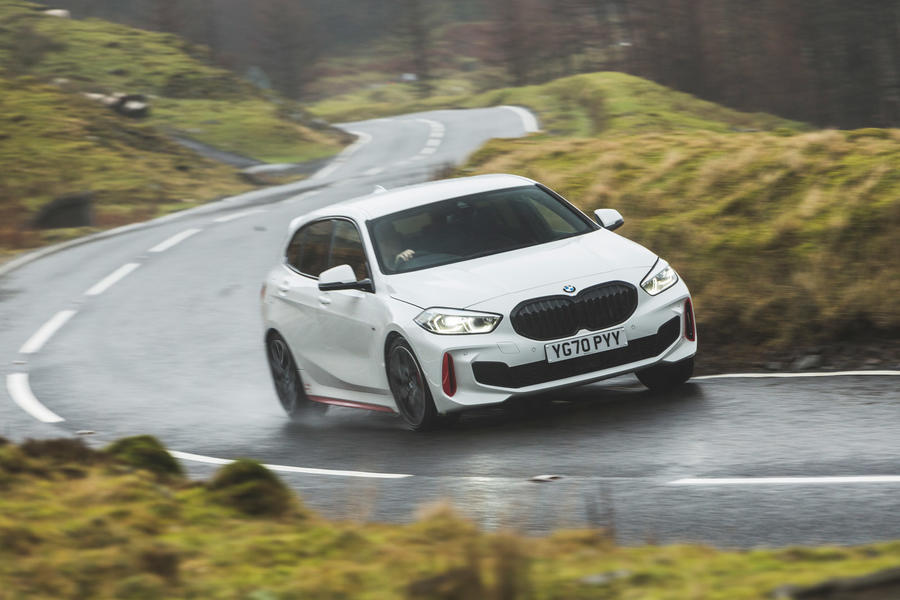 While Autocar headquarters has now reopened for business, various lockdowns, the advent of remote working and the need to go and drive lots of cars mean we’ve still not seen that much of each other. As a result, several staffers again frustratingly missed out on driving some of the cars on our f leet.The one they felt most aggrieved to pass up was BMW’s 128ti, which was in part because it was run by senior contributing writer Andrew Frankel from his home on the Welsh border.

“I love hot hatches that focus on the ‘hatch’ part (ie the everyday usability) as much as the hot, so I remain desperate to get behind the wheel of the 128ti,” said editor Mark Tisshaw.

Another hot hatch secured the runner-up spot: the Toyota GR Yaris. “One of the greatest hot hatches ever made, so I’ve read,” said editorial director Jim Holder. “It makes me wonder why driving one isn’t part of every Autocar staffer’s induction. If only I knew someone who could demand that it happens.” Make it happen, Jim. We all believe in you... 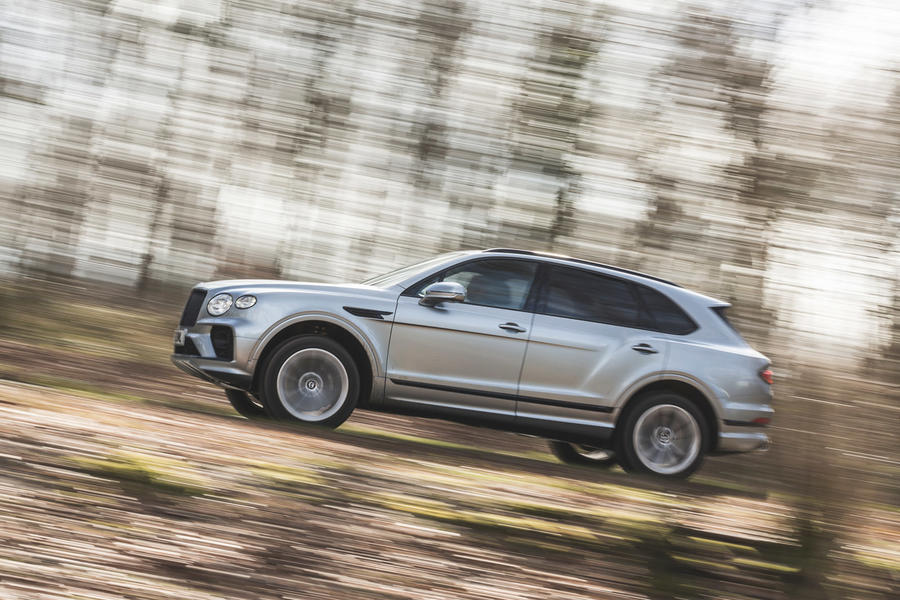 If you’re keeping score here, you will note that Autocar’s staffers would buy the bargain Dacia Duster but would prefer to undertake a super-mileage slog in something a little – okay, a lot – more expensive.

Holder (whose salary can surely stretch to buying a Bentley...) at least tried to explain our voting contrariness: “I might say today that I would spend my own money on a Dacia, but if you added three zeros to my salary, I might spend my own money in an entirely different way. The Bentayga is one of those carsthat you can reasonably argue you will never need, but after 20 miles of driving one, you will wonder how you will live without it.”

Associate editor Piers Ward praised the Bentley “for absorbing all the rubbish of modern life and cocooning you in a feast of leather”.

The Jaguar XF put up a solid showing, with editor-at-large Matt Prior noting that “the ride and handling combination is ace, and it’s a long-range diesel, and I hate stopping”. He concluded: “So long as the Apple CarPlay works, I’m in.”

The 'Yeah, apart from that' award 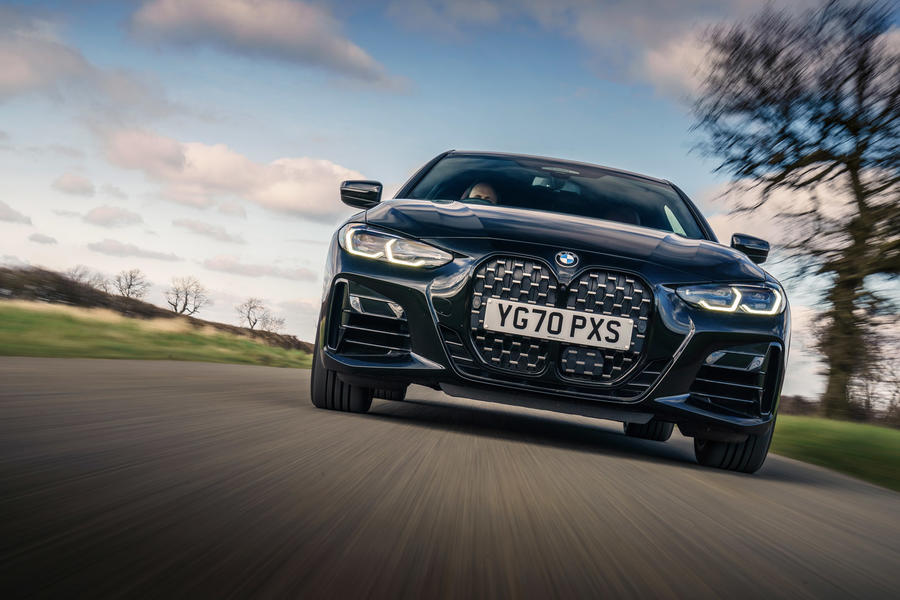 No prizes for guessing the biggest flaw of the BMW M440i Coupé: its front grille. Of course it’s the grille. “It’s not yet clear how long it will take before a new 4 Series owner can have a conversation about the car without that subject eventually cropping up,” said deputy digital editor Tom Morgan-Freelander. “Clearly it’s longer than the car was under our stewardship, as we were sick of people bringing it up. Still, you can’t see it from behind the wheel.” Meanwhile, road tester Illya Verpraet said: “This might disqualify me from any further observations on style, but I don’t mind the grille.”

The thoroughly pleasant Mazda MX-30 had a slightly more practical problem. “It has a rubbish range and doesn’t really do it as a driver’s car,” said road test editor Matt Saunders. “But it just looks and feels appealingly different.”

The 'I would buy it' award 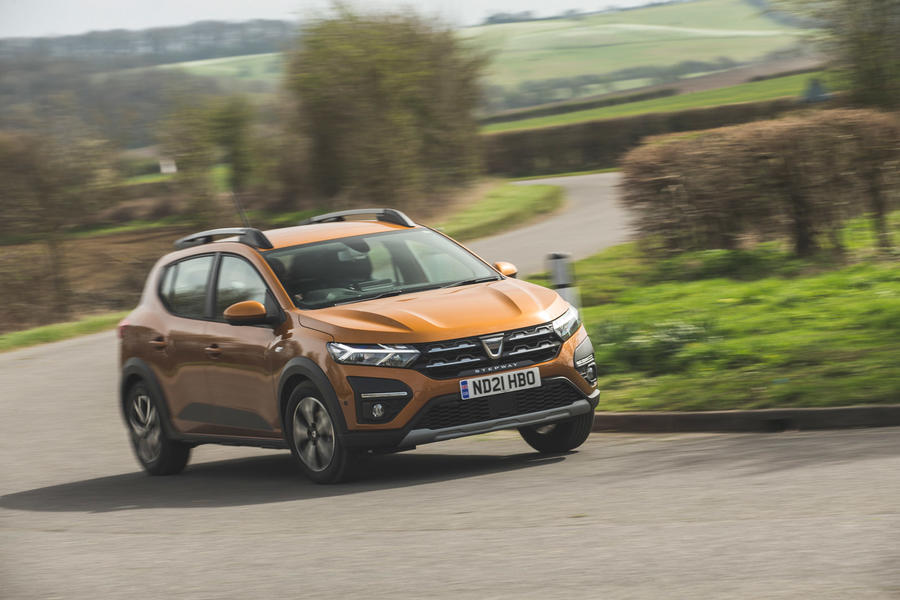 There’s a cliché that motoring hacks spend their time telling people to splash out on really expensive cars, but when it comes to parting with their own cash, they will just buy the cheapest car they can find – and, well, apparently it’s true. Because of all the long- termers on our fleet this year, the one we would be most likely to shell out on is the cheapest new car you can buy in Britain.

But here’s the thing: the new Dacia Sandero is good. Not just good for the money but really very good. “I like the look, I like its price and I like its breadth of ability. Weirdly, it has some emotional appeal, too,” said road tester Richard Lane. Meanwhile, Saunders reckoned “there’s room for a ball-busting good- value second car in everyone’s life”.

The Toyota GR Yaris put up a predictably strong showing in this category, with Frankel’s considered reasoning that “well, you would, wouldn’t you?”

More of a surprise was the strong showing for the Ford Tourneo Custom but, as Prior noted, the super- spacious plug-in hybrid van-based MPV is “impossibly practical”. 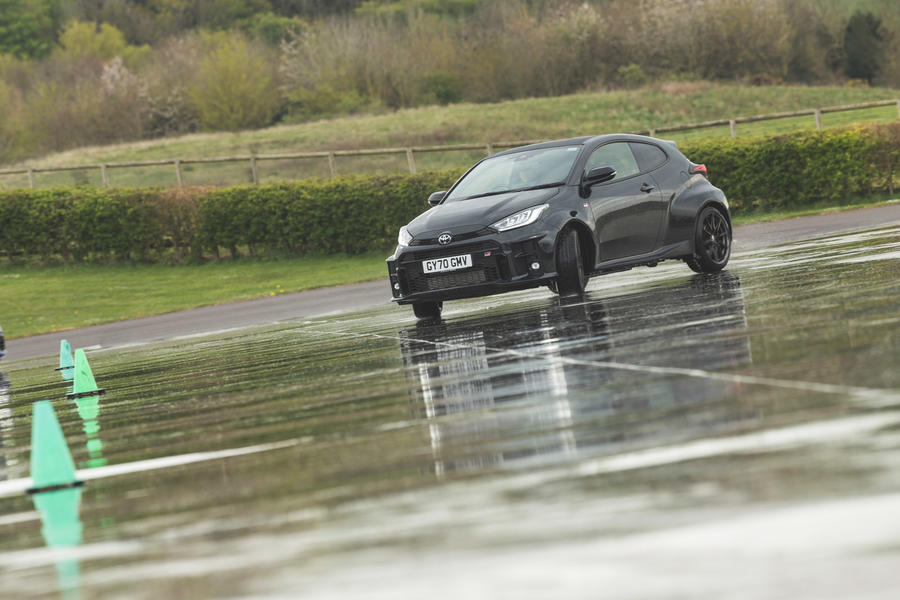 Rather predictably, this was a two- way fight between the Toyota GR Yaris and the Porsche 718 Boxster GTS, with everyone’s favourite new four-wheel-drive hot hatch narrowly stealing the glory. Ward picked the GR Yaris, saying: “It deserves the crown just on the basis that it exists at all. Toyota ought to be applauded.”

The voting also revealed some conflicted loyalties. Lane was the custodian of the Boxster but voted for the GR Yaris, saying: “Anyone who didn’t choose this car for this award clearly hasn’t driven one.”

Conversely, Prior ran the GR Yaris but actually voted for the Boxster “by dint of it having a roof that comes off and a six-cylinder engine”. He noted that the GR Yaris was “the only other serious contender, but the Porsche would make sunny Sunday mornings more special”.

For the most practical car for any task 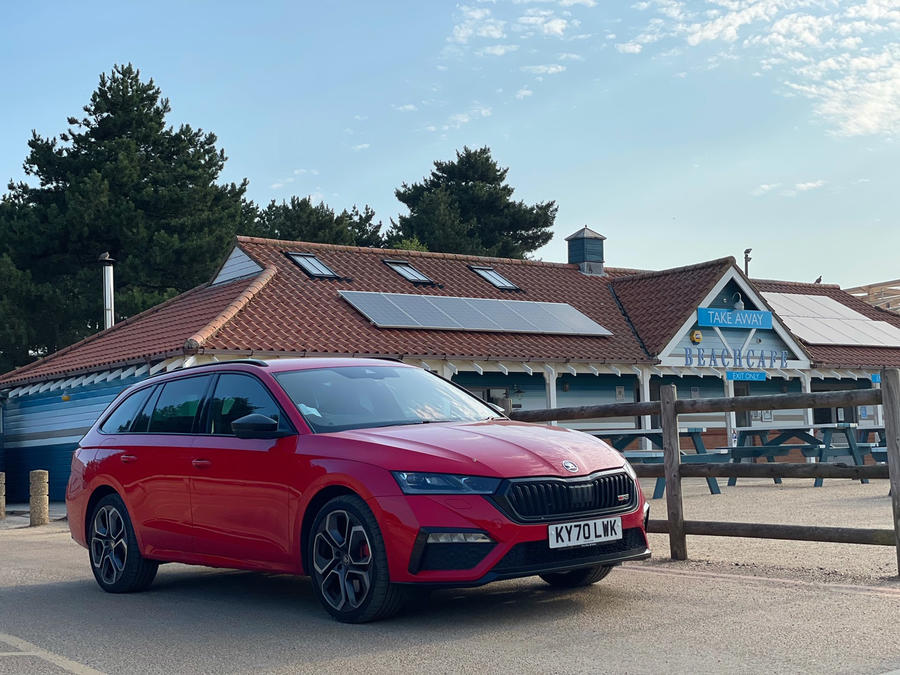 This was another award that was always going to come down to two contenders: the famously practical big-booted Czech estate and a Ford Transit that has been converted into a plug-in hybrid people carrier. In the end, they couldn’t even be split on countback, so both take home a (non-existent) trophy.

Executive editor and new mum Rachel Burgess described the Octavia as the “practicality king, with more passenger and luggage room than any in its class”, adding that “it’s comfortable and easy to use for any journey”. 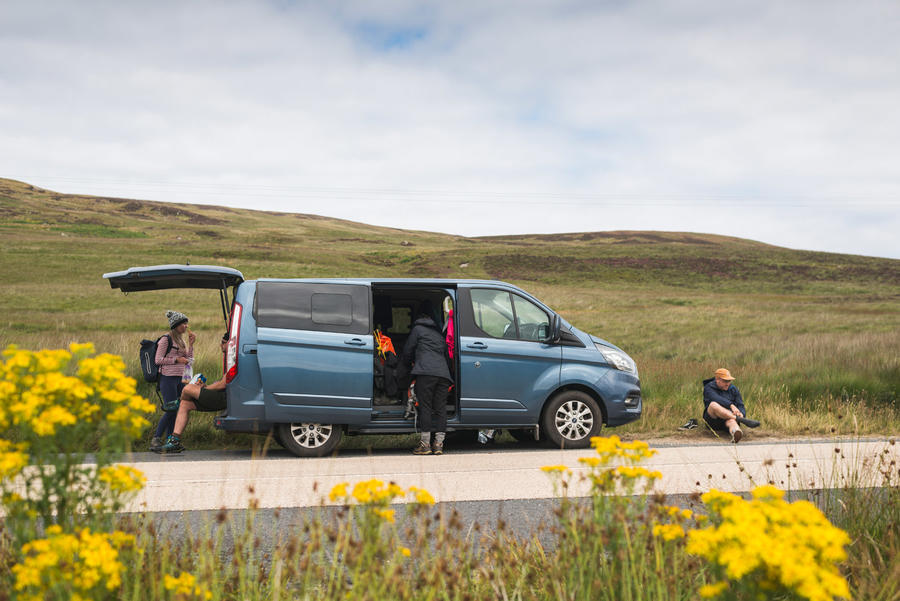 Frankel championed the Tourneo, on the other hand, claiming that its cavernous interior “gives a better night’s sleep than even a Bentley”.

The better-than-an-ejector-seat Q award for innovation

For the best in-car tech, gadget or feature 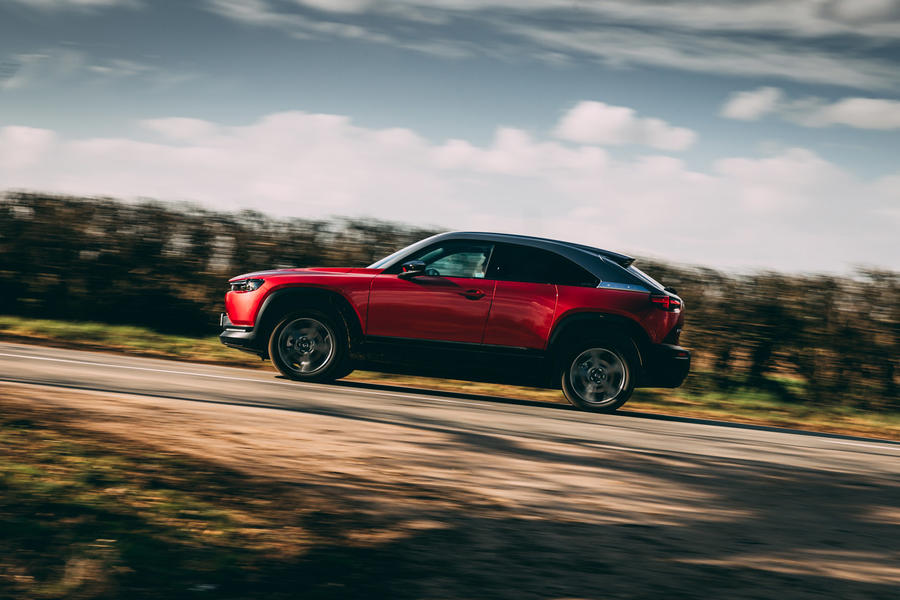 The Mazda MX-30 may have attracted grumbles for its short range, but it won plenty of admirers for several neat design features. In fact, while this award was originally intended for a single design element on a car, we’ve given the prize to the MX-30 for attracting multiple nods for various features.

“This car is full of quirky design cues, from the headlight cowling to the cork interior, and the rear-hinged rear doors just play perfectly into that sense of fun,” said Lane.

News editor Felix Page, who ran the EV, praised its speedometer: “The tiny red line that indicates the speed limit is a hilariously simple innovation, but in congested, stressful urban environments, it really is a boon to be able to check you’re staying legal at a glance.”

For the car that gained the most attention from friends, family and strangers 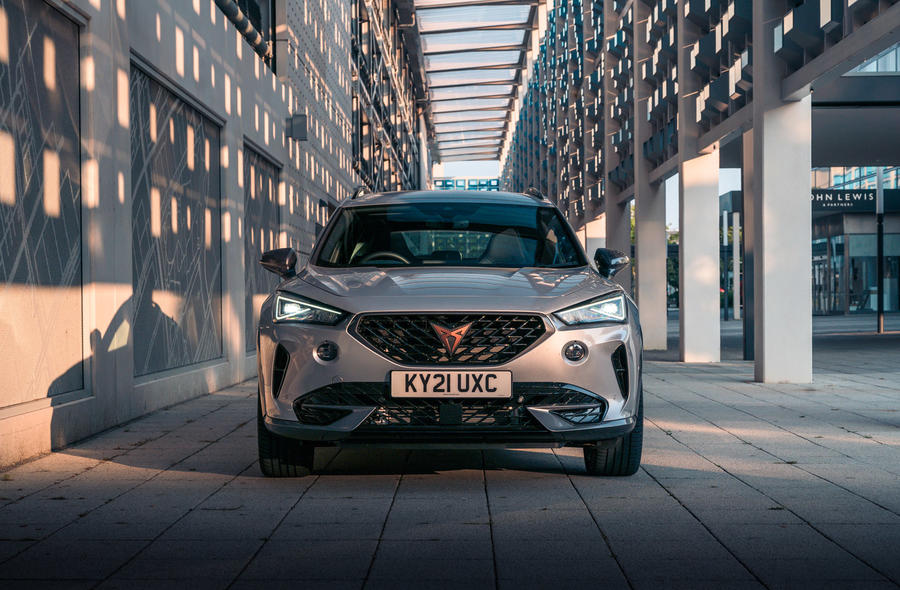 Cupra may have been a stand-alone brand for several years now, but the Formentor – the first car designed specifically as a Cupra – felt like the moment the marque really arrived. And that’s because its sharp styling really draws attention. “Park one next to an Aston Martin and I think the Spanish SUV would still command the lion’s share of the stares,” reckoned Morgan-Freelander. Meanwhile, Saunders mused: “The first genuinely handsome crossover? I think so, probably.”

The Mini Convertible pushed the Formentor hard, gaining votes largely due to its lurid yellow paint. “In this dreary modern world of monochrome cars and in a country where grey (ugh) is the most popular choice of colour by some margin, what a joy to see a car so colourful,” said Tisshaw.

The 'pick your own' awards - name your own trophy and winner 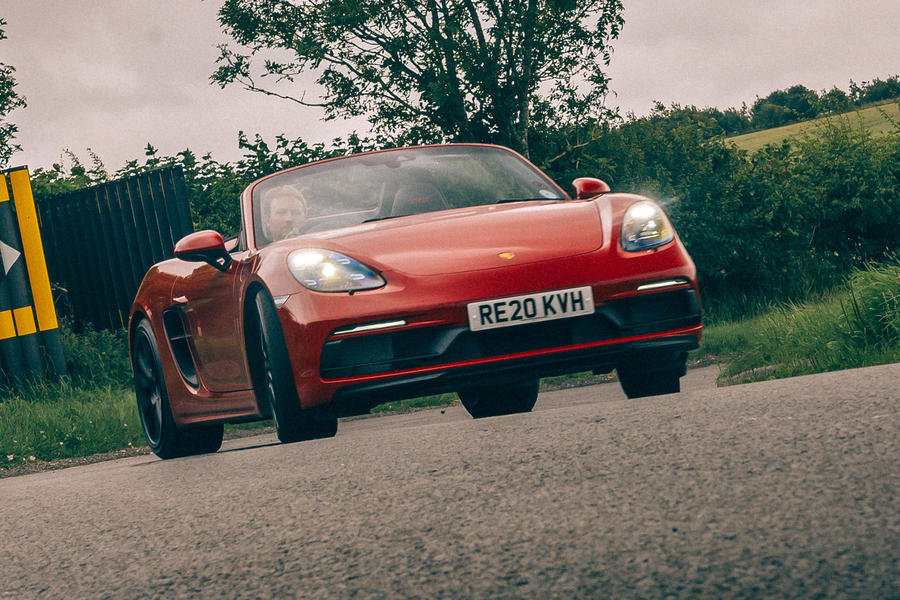 “Shamefully, it was the only mid-engined car on our fleet this year.” - Richard Lane 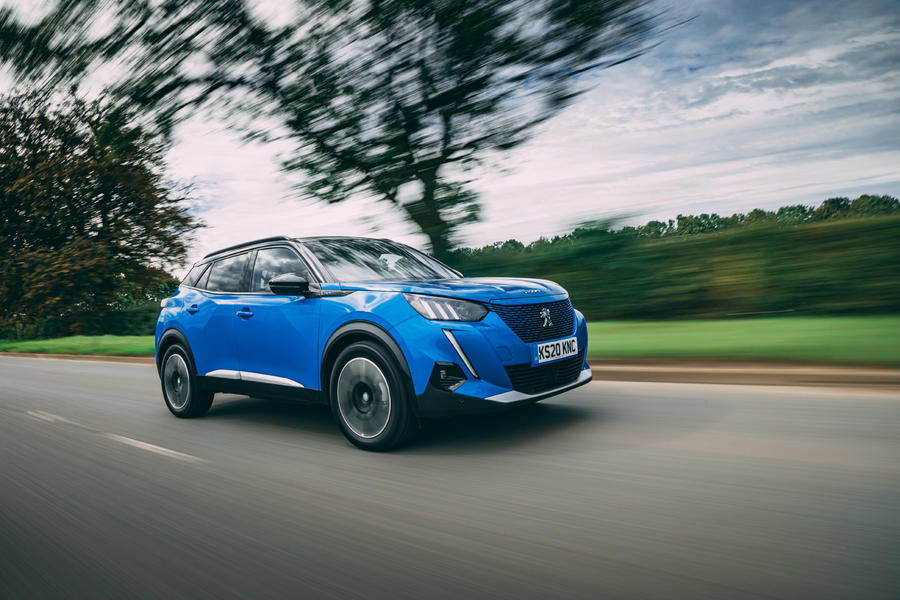 “I’d spent a few years on my high horse about EVs. Then I moved somewhere with no possibility of fitting a charger and was given a Peugeot e-2008to run in the depths of winter.” - Kris Culmer

The Esteban Ocon award - Suzuki Across 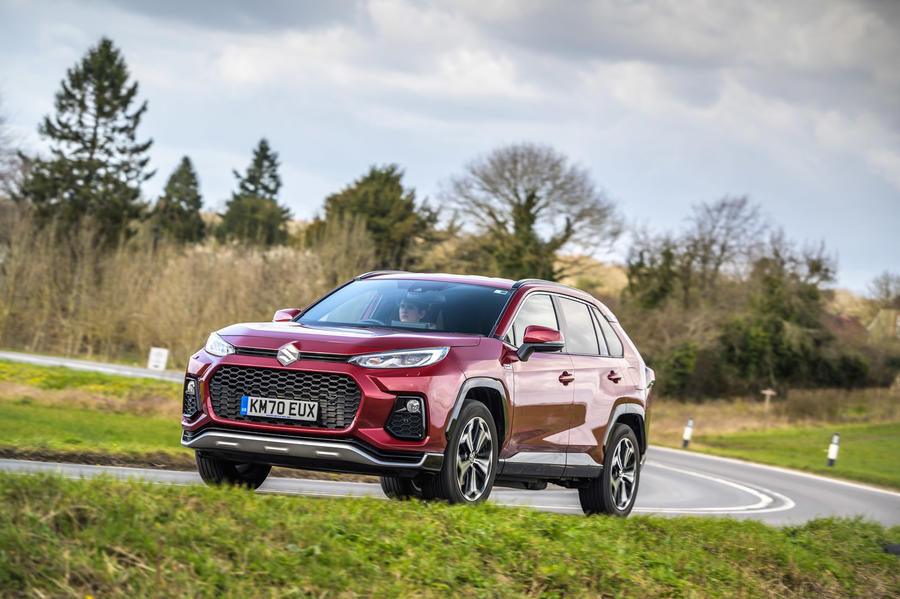 “The Across proved much better than I had anticipated. Along with its Toyota RAV4 sibling, it’s the only plug-in hybrid good enough to make me think about buying one.” - Matt Saunders 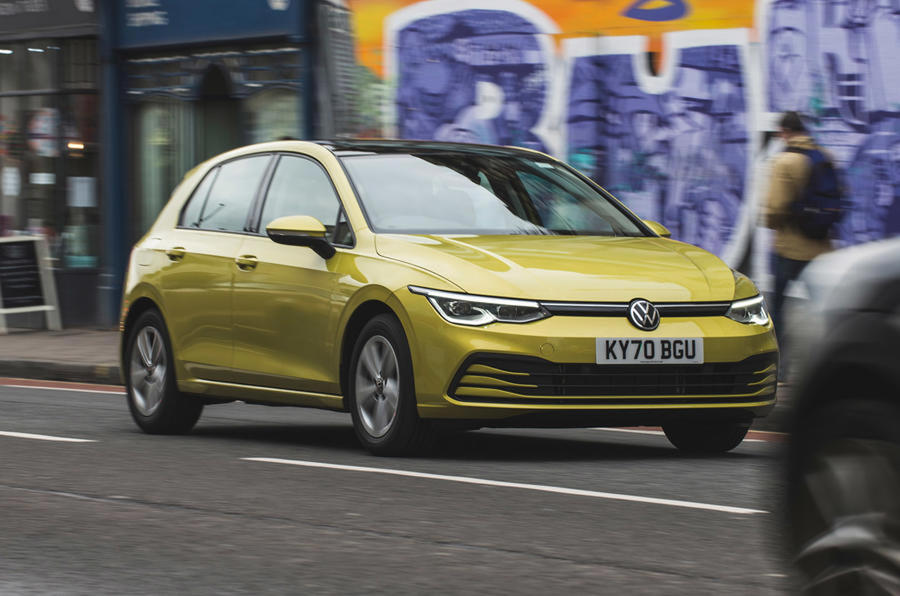 “Nobody asks a motoring journalist what they should buy without already having a shortlist. One of them will be a Golf, thereby ensuring your chat starts in a mutually amicable place.” - Jim Holder

I get paid more than $90 to $100 per hour for working online. I heard about this job 3 months ago and after joining this I have earned easily $10k from this without having online working skills .  Simply give it a shot on the accompanying site…Profitloft.ga

It is believed that deputy digital editor name - Tom Morgan-Freelander - may  persuade Morgan to design an SUV?