Even after four years people still remark on this apocalyptic change at least as much as they do about the Mercedes CEO’s far more significant corporate achievements – such as demerging the company from a disastrous Chrysler alliance, changing company culture, surviving the worst of Dieselgate despite a huge recall of Mercedes models, beating BMW in 2016, vigorously embracing the new electrification age and leaving the company in a well-founded and profitable condition, stuffed with ideas to face the future. 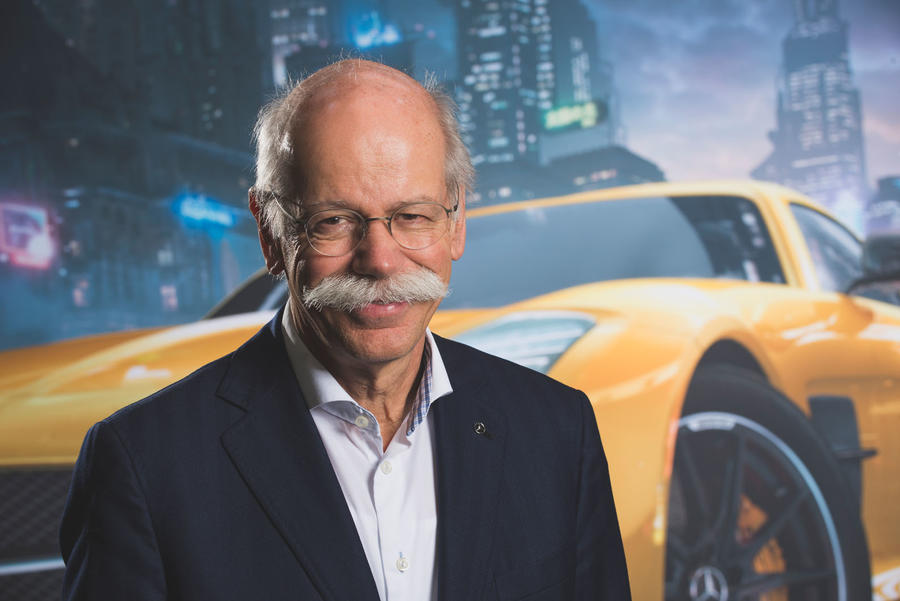 Zetsche retires from the group CEO’s role this month after an eventful 13-year term at the top. He has never commented officially on his neckware decision, but it was clearly intended to signal the start of a new way in the car business, a change of corporate culture. It will be interesting to see whether he can carry his informality into the Daimler ivory tower, having been tipped to take over leadership of the non-executive supervisory board in a couple of years’ time after some well-deserved gardening leave.

His chosen successor, meanwhile, Ola Källenius, who also breaks with Daimler convention by being a non-German yet to celebrate his 50th birthday (he’s Swedish, and reaches the half-century next month) has been photographed open-necked all over the place.

In a sense, Zetsche’s departure comes at an odd time, given we’re beginning the new era his vision has helped to build, but European business watchers agree that this has been well planned and timed – far better, for instance, than the departure last year of Volkswagen Group’s Matthias Müller. In any case, Zetsche will still have influence when he moves to that ultimate overseer’s role in 2021. As he leaves the CEO’s job, says one German, Daimler is “more female, more international and younger than ever before”. 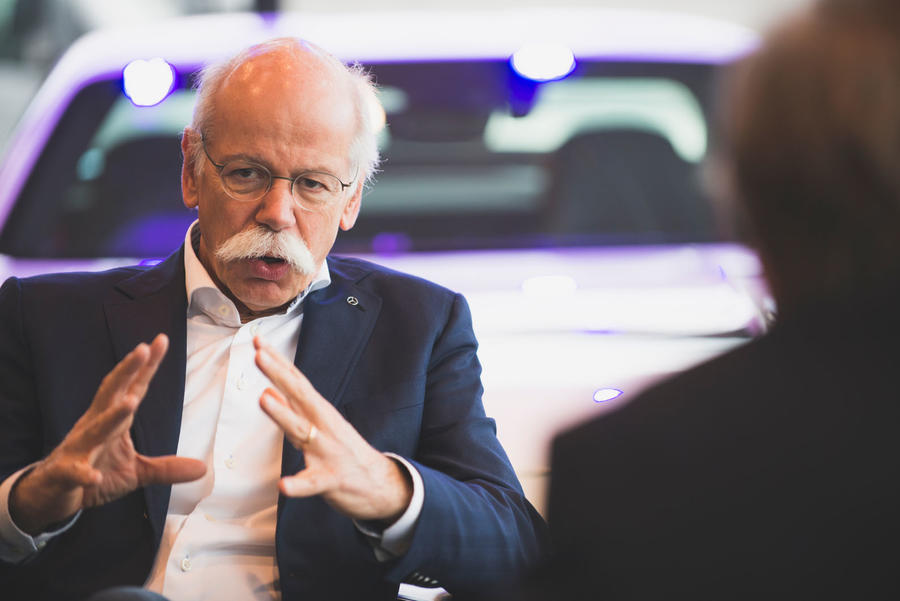 We caught up with Dr Dieter Zetsche on one of his last European assignments, a morale-boosting visit to Daimler’s thriving UK outpost in Milton Keynes, where he met dealers, strolled genially through a staff Q&A, talked extensively and winningly about the future and found an hour for us on his way back to the airport.

He’s instinctively informal, Zetsche: as our video man went through his preparations we chatted about some of his unusual career episodes, such as his enthusiastic participation as the ten-gallonhatted ‘Dr Z’ in a string of bizarre stage productions at American motor shows in the late 1990s. These were designed to sell Daimler’s new link with one of the US’s Big Three to an instinctively sceptical audience of Yankee hacks. It worked. Zetsche grins ruefully, remembering the time. “It was fun,” he says. “But if I’d known how it would turn out, I might have been less keen…”

When we sit down to talk properly about the challenges of the age, Zetsche immediately positions himself as “an optimistic guy” and proves it with a heartening future vision. “The biggest challenge we now face is also the most enjoyable, to change mobility, create dreams and reposition Daimler to meet the needs of our next-generation customers, employees and shareholders,” he says. 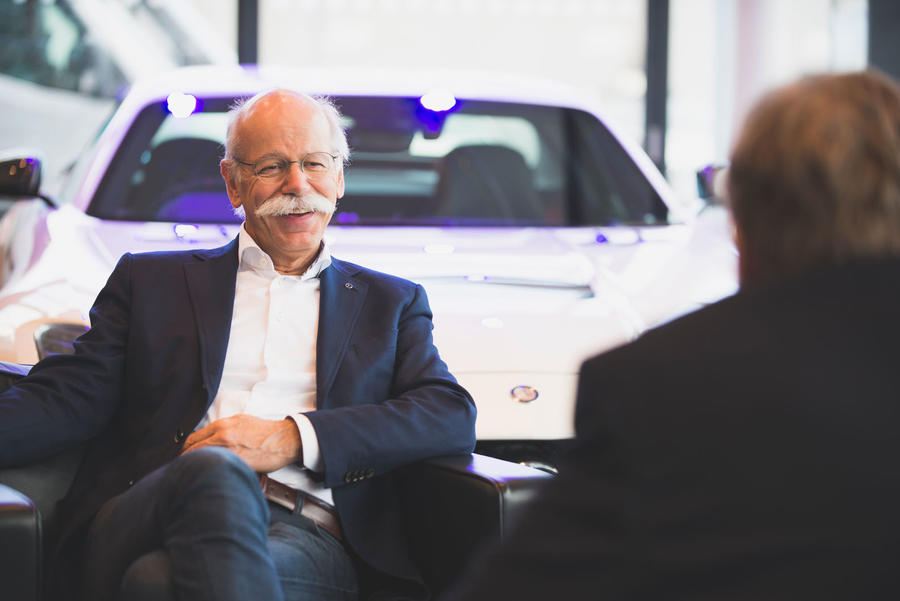 Being optimistic is half the task, he says; the other half is unrelenting hard work. “With great teams, great collaboration and great innovation you generate great ideas, and once you have those there’s almost no limit to what you can accomplish,” he explains. “There are plenty of important areas where we don’t yet have solutions, but I believe we will find them.”

In car-selling terms the pure electric era began in earnest for Mercedes-Benz last September, when Zetsche and Daimler unveiled the production version of the EQC they’d been talking about for two years, with plans to start selling it from the middle of the year – roughly a month after Zetsche leaves his CEO’s office for the final time. The EQC is just the first of a line of Mercedes EQ electric cars rapidly destined to become longer and wider. On the new model’s significance, Zetsche is especially eloquent: “You can have a number of defining moments in a career, but only a very few are game changers. This is one.”

Zetsche doesn’t have a second’s doubt that today’s car business is as exciting as it was 43 years ago, when he started working in Mercedes-Benz R&D soon after graduating in electrical engineering from Frankfurt. “Of course it’s very different,” he says. “Back then it was all about the car challenges – and oil prices were a huge factor. Today’s industry is much more regulated from outside than it was. And that’s something, unless you’re careful, that can crush the entrepreneurial spirit. You have to guard against it. 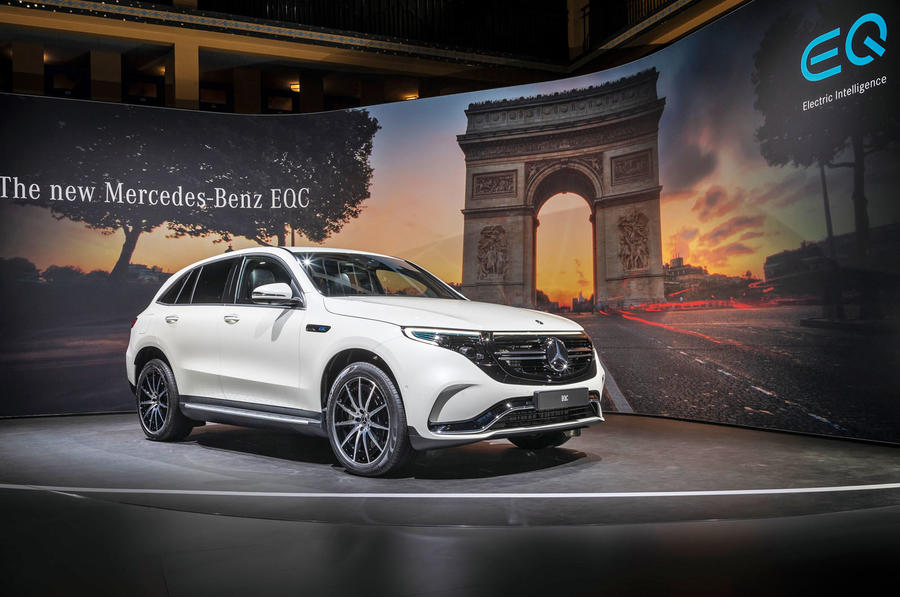 “Things that seemed like science fiction not long ago are daily engineering now,” he continues. “Our scope is wider and our uncertainty sometimes seems to be greater. But the upsides are greater as well. Sure, there are risks in this modern world if you don’t deliver. But the tasks for engineers are at least as exciting as I found them 40 years ago.”

When talk turns to today’s regulatory minefield, which can grievously hinder the car creator, I expect Zetsche to give both barrels the way other company leaders are inclined to, but he holds back. “These people definitely function at different levels,” he says rather carefully. “Many know their stuff, but there are others without the slightest clue what the issues really are. It’s acceptable for politicians to have important goals and not to understand the technical challenges, but only to some extent. Sometimes the system gets a little out of balance.” 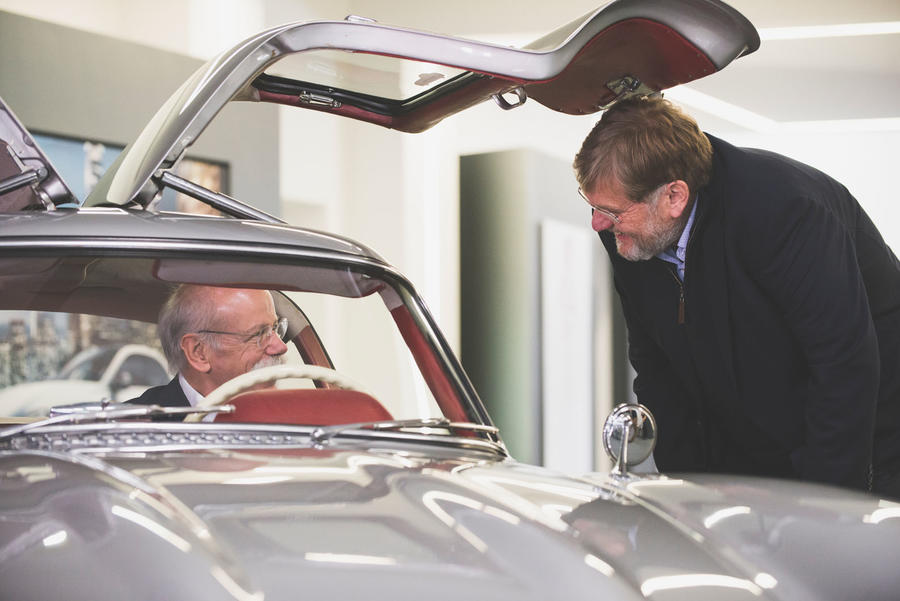 We can’t conclude without visiting the age-old hack’s question: as a lifelong car lover, will Dieter Zetsche reveal his favourite? Easy, he says. People ask all the time. It’s the Mercedes-Benz 300SL Gullwing, a car he’s driven a few times in the Mille Miglia and plenty of other occasions besides. He proves that by springing easily in and out for photography. What about rivals? He confesses a liking (holding carefully short of love) for Aston Martins, which are “emotional” cars – hands up all those who recall Daimler has a 5% interest in the Gaydon-based company? – and avows that “some of the Range Rovers are very well done”. But it’s clear Zetsche’s change of job status will never threaten his ‘cut me and I bleed Mercedes’ outlook.

Last, we talk about the future for car enthusiasts. Zetsche instantly takes the point that terms such as electrification, autonomy, CO2 neutrality and connectivity seem to hold little reward for the old-style car nut. But he’s entirely unabashed. What may be needed is a modern approach to loving cars.

“Sure, it’s difficult to get excited about the sound of an electric motor, but you hear people talk a lot about the low NVH of cars today – the A-class is a good example. And refinement is a lot more accessible than 2.3g of lateral acceleration.

“I believe the appreciation of cars still starts with the styling, which can be almost completely independent of technology. There have always been great cars and unemotional cars – nothing changes. Then there’s interior design: that’s really emotional. There’s plenty of room for a new kind of creativity and new excitement about the future. It’s never going to stop.” 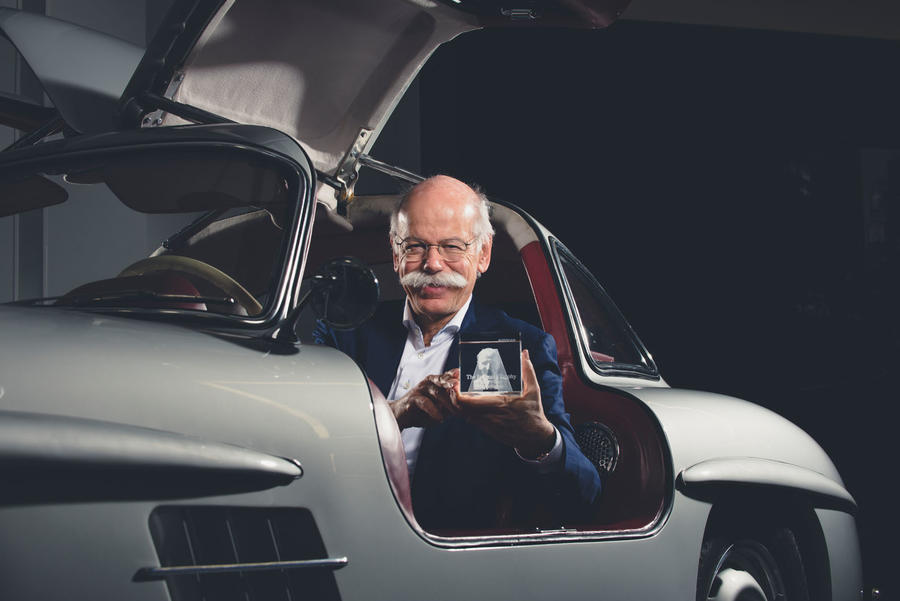 Dr Z and the electric future

In only a decade’s time, the proportion of electric cars sold in Europe will have to make up a significant slice of the market, certainly beyond 30%, according to Dieter Zetsche. And he insists that the figure is neither an option nor a nice-to-have.

“It’s our task to make it happen,” he says. “We’re supposed to be replacing the entire car parc by 2050, which means nearly every car we sell by 2040 will be electric. And 2030 is in the middle of the time we have available. It’s a very tough task, because right now we don’t have 30% of our customers asking for electric models. It won’t happen automatically.”

What’s the way forward? For Zetsche it’s almost alarmingly simple: “Our task is to make these new cars so exciting that our customers desire them the way they’ve always desired new cars.

“And we’ve got to drive costs down so they can afford them. We’ve made progress with that, but there’s much more to do.”

Why Dieter Zetsche will be missed at Mercedes

Mercedes-AMG set to give all future models plug-in option​

Can't really compare him with Issigonis, can you???

Did he get this award because all of the Autocar staff are driving Merc's?

Nothing inovative about being the head of a giant multi-national at the right time in history.

But has certainly the best 'tasche in the industry!

Not too bored to