BACK TO ALL NEWS
Currently reading: New Daimler boss could end Renault-Nissan partnership
UP NEXT
Bentley Batur: new Mulliner car to arrive on 21 August

Daimler’s new CEO could end the car maker’s relationship with the Renault-Nissan alliance, according to a new report - while a massive cost saving strategy is on the cards.

German business publication Manager Magazin claims that Ola Kallenius, set to begin his tenure as CEO in May following the departure of Dieter Zetsche, could let the wide-reaching, multi-market partnership lapse by not renewing the joint projects.

Various projects have reportedly suffered since Renault-Nissan chairman Carlos Ghosn was arrested on financial misconduct charges. Zetsche and Ghosn, known to have had a close relationship, have been the figureheads of the strategic partnership since its conception in 2009.

Today’s list of shared projects includes the Mercedes X-Class (below) and Nissan Navara pick-ups, which share a platform and a number of common parts. The Smart ForFour and Renault Twingo are also heavily related, while all three firms share several jointly developed petrol and diesel engines. Mercedes and Infiniti also share a large factory in Aguascalientes, Mexico. 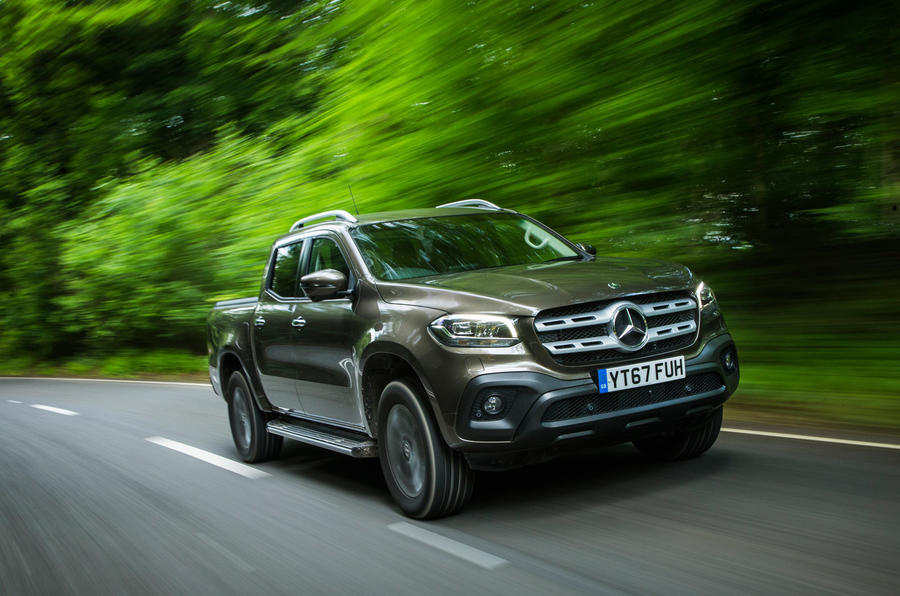 The report also claims that Kallenius is seeking to save 6 billion euros by cutting costs and introducing efficiency boosting measures by 2021.

Though no sources are cited, it is also suggested that around 10,000 jobs will be cut globally. It follows Daimler’s February announcement that cost savings are planned as profits are being hit by a general market downturn, international trade wars and the development costs associated with its substantial electrification strategy.

Another factor yet to be official confirmed is said to be a huge production issue at Mercedes-Benz’s plant in Tuscaloosa, Alabama, where up to 30,000 cars rolled off the line with faulty electronic systems. The problems required expensive fixes, leading to a reported revenue shortfall of around 2 billion euros.

Which German engineer says Renault engines are shit? Maybe that idiot should look at Mercedes engines which are shit. What kind of moron designed an engine with the timing chain at the back. So you have to take the engine out every 70,000 miles. Mercedes have never been able to make chains and gears that don’t wear out after 80,000 miles. They do it because they know the mugs that buy their cars all believe the hype.

it has more to do with Geely now being the single biggest Daimler share holder, I wonder if a Geely/Mercedes alliance is on the cards with Volvo supplying 4 pot engines as required to Mercedes and possibly Mercedes supplying bigger engines for the likes of Lotus.. A Lotus Mercedes has a nice ring to it.

A thinly disguised Nissan Pick-up and shitty Renault Nisan engines in a Mercedes-Benz are not what makes Mercedes-Benz great...its not what I expect, and i suspect other buyers too.

A thinly disguised Nissan Pick-up and shitty Renault Nisan engines in a Mercedes-Benz are not what makes Mercedes-Benz great...its not what I expect, and i suspect other buyers too.

Agree re the pick up, very thinly disguised,  but joint engine ventures are a good thing surely and a merc sharing an engine with a nisan/renault is no different to a bmw sharing with a psa branded car, providing the engines are good enough, and since they're jointly developed they should be, after all the germans arent the paragon of reliability and quality many like to think they are. Platform sharing is also a sensible solution to reducing costs, providing it is suitable, a true joint venture would be just that.

...but thats the thing si....ask any Mercedes-Benz engineer and they will tell you the Nissan/Renault engines are shit ....B-class for example.

...but thats the thing si....ask any Mercedes-Benz engineer and they will tell you the Nissan/Renault engines are shit ....B-class for example.

But are they nissan renault engines or does mercedes have a hand in their development and build as well? Bmw's 1.6 that caused issues with minis is often referred to as a peugeot engine but the reality is bmw did a lot of development and design of this engine so it is as much a bmw engine,( from what I have read anyway)  can the same be said of these engines that are referred to as crap in mercs? If not why not, surely that is the point of the joint venture.