BACK TO ALL NEWS
Currently reading: April Fools’ Day 2018: the best jokes from the car industry
UP NEXT
Rolls-Royce road trip: remembering the marque's epic seaplane racers

April Fools’ Day 2018: the best jokes from the car industry

Once again, the car industry has tried its hardest to pull our leg; here’s our rundown of the best efforts this year
Close

April 1 is an opportunity for them to vent some weird and wacky ideas for future models, so we run through some of our favourites of this year below. 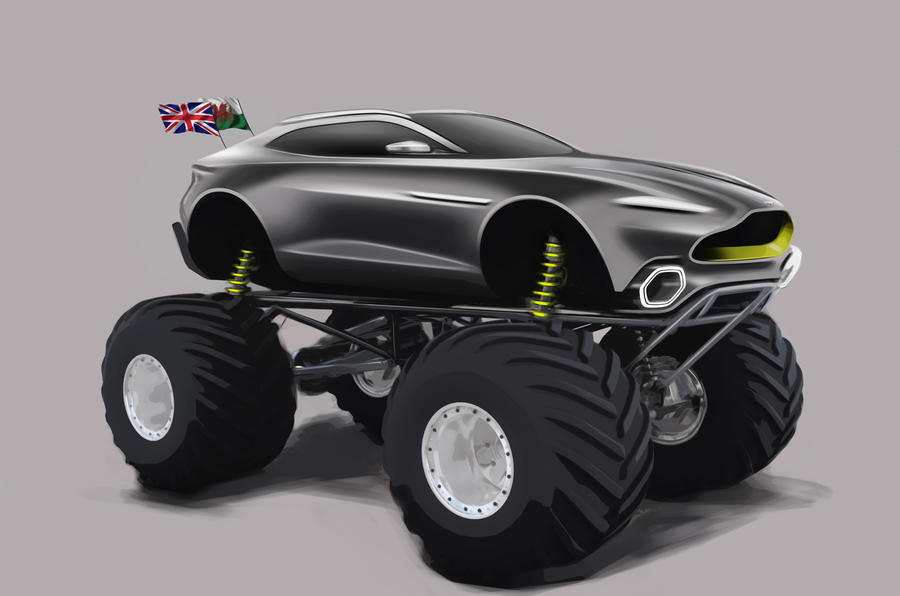 Gaydon has been working on a top-secret monster truck to compete in the 2019 Monster Jam series. Apparently, the development has run alongside the DBX programme.

We’re not sure if the name, Project Sparta, is in reference to comments from Aston’s design boss, which described Rolls-Royce and Bentley as “ancient Greece”. Ouch. Shots fired, etc.

Oh, and Project Sparta will be powered by the same 6.5-litre naturally aspirated V12 as the Valkyrie AMR Pro with 1100bhp. Obviously. Honda kicked-off this year’s April Fools’ early with the reveal of a new concept car it describes being “completely undriveable”.

The CR-V roadster concept is essentially a hacked-into Honda CR-V that’s lost its B and C-pillars, and roof. The result is a structurally unsound car, hand crafted by an angle grinder and backed for production by, um, Honda’s PR team.

“This is a bold new direction for the CR-V and opens up an entirely new non-existent market,” said the project’s boss, Eipurirufūru, which translates into April Fool in English. “Our sales target is somewhat conservative to start with, at zero cars, but we are confident that once the minor glitches are ironed out, such as the lack of roof and the fact it is totally structurally unsound, the car will fly out of showrooms.” 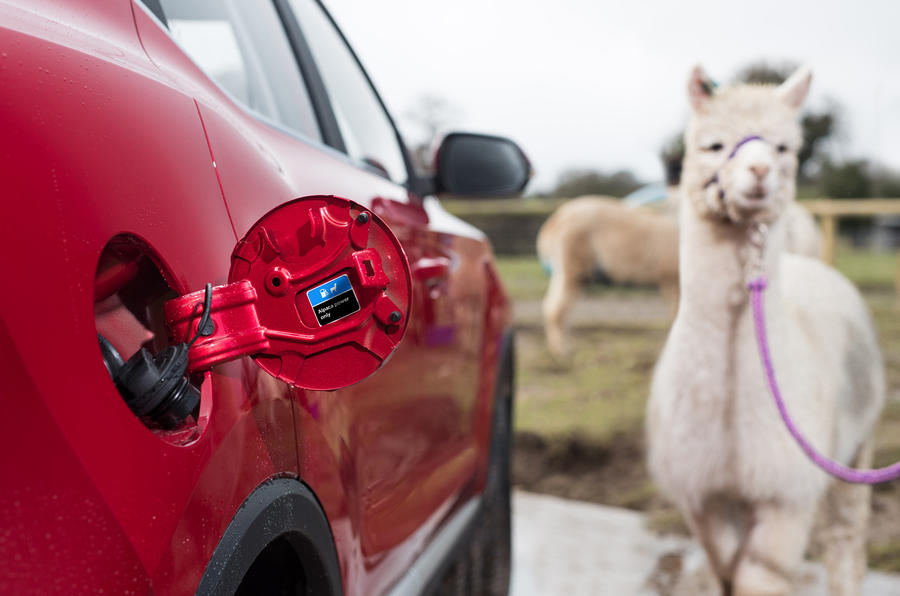 MG reckons it’s found a quick fix for car emissions – and it comes thanks to alpacas. Apparently, MG engineers have found a way to use their waste as fuel.

“Following our decisions to no longer sell diesel-powered vehicles in the UK market, we wanted to take it one step further and see what was possible using alternative fuels to develop low emission vehicles,” said MG UK’s sales and marketing boss, Daniel Gregorious.

While it might help to cut CO2 emissions, we’re not sure you’d want to be following a car pumping this stuff out of its exhaust tailpipe.

Skoda is renowned for offering plenty of kit for your quids – but its April Fools’ invention could be one of the most valuable offerings yet.

Aimed at parents sick of bickering back-seat kids, a new noise cancelling headrest has been fine-tuned through thousands of hours of testing with a ‘Scream Team’ to counter the most annoying tones.

“We tested 1,000 families over 10,000 miles and identified that 80dB, the sound equivalent of a vacuum cleaner, is the pitch most unbearable for parents,” said special projects leader, April Fürst.

I'm with Paul Dalgarno on the Civic.

The secret of a good April Fool's joke,

is that it should be believable, so it actually fools people...

None of these weak efforts would fool anyone but the most gullible simpleton.

Aston would do it...

is that it should be believable, so it actually fools people...

None of these weak efforts would fool anyone but the most gullible simpleton.

Seriously, suggest anything to Andy Palmer at Aston Martin and he'll sign it off!   Anything...