Bentley has announced a record first-quarter performance, with sales up by 40% from the same period in 2020 and profits increasing to £56 million.

While the Bentley Bentayga remains the best-selling car in the range, accounting for 40% of the mix, it’s the new Flying Spur that has really helped the British firm’s global sales. The saloon is especially popular in China, where overall Bentley sales have increased by 187% from the first quarter in 2020. Last year, the model was in between generations, hence the significant uptick this year.

Elsewhere, sales are up by 17% in America and 15% in the UK. A spokesperson told Autocar: “We were worried about the Middle East and the UK last year, but both those markets have picked up as well.”

This is despite the UK being in lockdown for the first three months of 2021.

As the spokesperson points out: “Our networks have adapted. Adrian Hallmark himself [Bentley’s CEO] has done three zoom calls with buyers of the Blower and Bacalar over the process of speccing and updating their cars, and in many cases, they haven’t come to Crewe.” 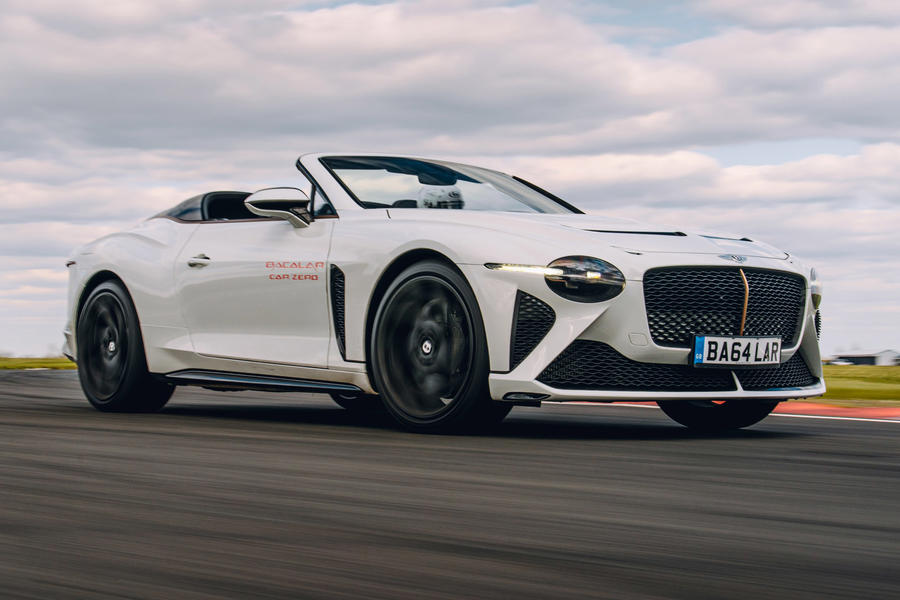 “We remain cautiously optimistic for the rest of the year because we don’t know what’s going to happen tomorrow. Fortunately, because our volumes are so small, relatively, and because we still have the luxury of good stock levels… we are not, right now, seeing any parts shortages. It means we can continue to produce cars at 100% of our capacity.”

The order book is also looking healthy. With orders increasing by 50% in this quarter compared with last, it represents the highest ever order bank in Bentley’s history.

Notably, 75% of the new orders have come from new customers, which in turn is also having an impact on the popularity of certain options. Previously, burr walnut has been the most requested veneer for the dashboard, but that has now been overtaken by piano black, for example.

Bentley to switch to electric-vehicle-only range in 2030

Log in or register to post comments
Adrian Barlow 6 May 2021
To 'Overdrive' below.
Bentley can't just conjure up additional sales, so they should milk the Chinese market for all they can, for as long as they can.
Adrian Barlow 6 May 2021
Bentley have said they will switch to making electric-only cars from 2030 which makes no sense unless every other country is going to be so stupid as to ban the sale of new petrol and diesel models from that date.
I expect they will backtrack from that position.
Overdrive 6 May 2021
Good for Bentley that they are doing well, but (and this applies not just to Bentley, but to all manufacturers that operate in that market) I can't help feeling that the over-reliance on the sales to the Chinese Market, might not turn out well in the medium to the long term, for various reasons, not least the slowly, but inexorably growing tension between the West and China.