Hefty dose of dynamism is added to the most luxurious GT on sale. Star rating will come after a road drive
Open gallery
Close

You can have one; that’s the important thing. Contrary to earlier reports, the new Bentley Continental GT Speed will go on sale in the UK after all, unlike the Speed version of the Bentayga SUV.

That’s popular in Central America, presumably among people who commission narco-submarines for their day jobs, but less so here. The Speed coupé, though, will be popular here – because it’s a driver’s car, and we like those in the UK. Yes, despite the 2273kg kerb weight, it is.

At heart, it’s a Continental – a car so popular it has been responsible for more than half of the 200,000 cars that Bentley has made in its entire history. It has a twin-turbocharged 6.0-litre W12 engine in its nose, driving to all four wheels through an eight-speed dual-clutch automatic gearbox, with adaptive dampers, air springs and a 48V roll-mitigation system. So far, so Continental.

Where the latest Speed differs, and differs heavily, is in having active rear steer (for the first time on a Continental), as well as an electronically controlled limited-slip differential – also a Continental first. What’s more, there’s the option of carbon-ceramic brake discs (fitted behind the 22in wheels of our test car), which, although not a first, have the distinction of being the biggest discs yet fitted to any production car, at 440mm in diameter. 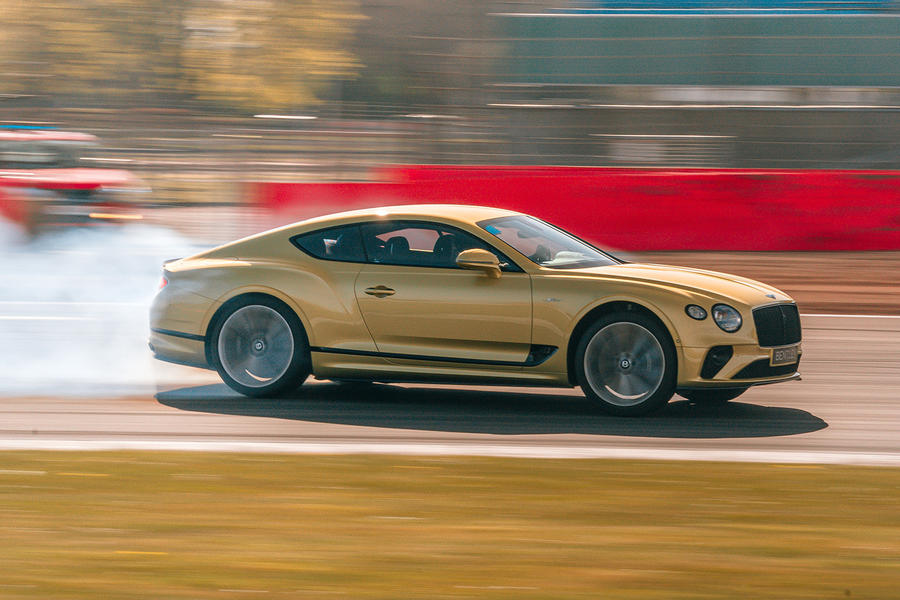 Our drive in an early left-hand-drive car is limited to five laps of Silverstone’s Grand Prix circuit with a Bentley engineer beside us. There’s no opportunity to find out what the ride is like on the road, then; we will have to wait until September for that. And although “this isn’t a track car; we’re not pretending it’s a Porsche 911 GT2 RS”, I wasn’t kidding when I told you that it’s a driver’s car.

The Continental’s interior remains uber-plush despite the addition of Alcantara, two-tone trim and Speed badging, and its seats are still big and cosseting, but the new hardware makes it move like never before.

The engine has been uprated to 650bhp and 664lb ft. It makes that peak torque from only 1500rpm and has a modest 6500rpm rev limit, so it hardly needs you to work it, but it responds well if you do.

Most of the time, the Speed is basically rear-wheel drive, and when it’s in Sport driving mode (which is all that three flying laps allowed us to experience; one with the stability control on, one with it half-off and one with it completely off), it will never put more than 30% to the front.

The combination of the new diff with torque vectoring, the wheelbase- shortening skill of active steer and the roll-limiting of the 48V system enables this car to rotate like one weighing 500kg less than it does.

Most Continental GTs, even the old GT3-R, feel nose-led. They want to push onwards. This one absolutely isn’t. It has the merest hint of stabilising, steady understeer, especially at higher speeds, but then a throttle- on balance that really helps it turn. It’s exceptionally communicative and feels so natural, despite all the tech, that it’s clear Bentley has put in thousands of hours of tuning.

I’m told that all of this stuff happens before you reach the wide open spaces and three-figure speeds of the Grand Prix circuit, too, and that you will feel the new dynamism even in normal road driving.

I hope so, because it’s there where it will matter more; no two-tonne car is a natural track machine, unless you want to spend an awful lot of money on tyres for it. At least the ceramic brakes hold up gamely. 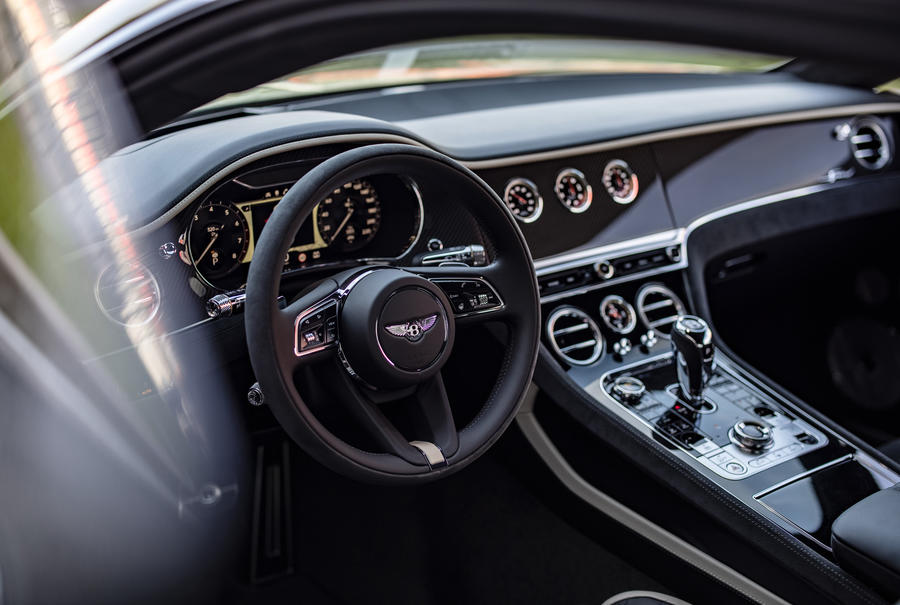 Anyway, if the additional agility doesn’t matter to you, the regular, V8-powered Continental still does a sublime job.

But if it’s important, the Speed does some of the more remarkable things that I’ve experienced through four small rubber contact patches lately. 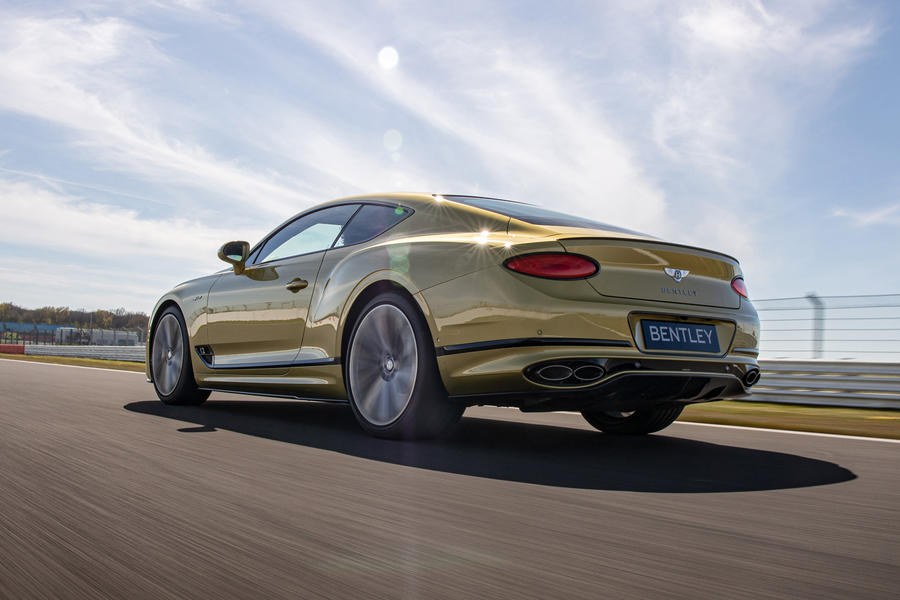 This gold color is quite unique, as far as I know they have exclusive copyright on this color, hopefully this will not be a limited edition. Horsepower is also strong, overall I am quite impressed with it. It is like a golden ball rushing at the speed of a black.

So the unanswered question is whether these chassis mods which the tester responded so well to, find their way to a Continental with the lighter V8 engine, that better suits a driver's car?

If so, that would appear to be the Conti of choice for many people.