BACK TO ALL NEWS
Currently reading: How to charge an electric car
UP NEXT
How a sat-nav can make you faster around a track

Charging EVs can seem more confusing than refuelling petrol and diesel cars, but it's getting easier...
Share
Open gallery
Close

Charging an electric car is more straightforward than you’d think, and it’s getting easier all the time. It still takes a little planning compared to a traditional internal combustion engined machine, particularly on longer journeys, but as the charging network grows and the battery range of cars increases, you're less and less likely to be caught short.

There are three main ways to charge your EV - at home, at work or using a public charging point either at the roadside or a service station. And of course if you run a Tesla, then there’s the firm’s dedicated Supercharger network that encompasses over 800 sites, from motorway services to numerous hotel and shopping centres. Finding any of these chargers is fairly straightforward, with most EVs featuring sat-nav with sites plotted on, plus mobile phone apps such as ZapMap showing you where they are and who runs them. BP Pulse, Polar, Ecotricity and Ionity are some of the best known providers. NewMotion is the new name of Shell’s recently charging network that uses a card or an app to access over 3,000 charging points over 17 different networks across the UK, including Ionity rapid chargers as well as its own Shell Recharge stations. You can also use the service across Europe, increasing your available chargers to around 200,000 over 35 countries.

Public charging stations offer a range of ways to pay, often via a special card or payment app on your phone. That said, many chargers increasingly feature contactless technology, meaning you can pay with an ordinary debit or credit card. Legislation has been also enforced to allow "Ad-hoc access" without the need to pay a membership fee, or enter a long-term financial commitment, before being able to charge.

Ultimately, where and when you charge depends on how and where you use the car. However, if an EV fits in with your lifestyle it’s likely that most of your charging will be done at home overnight, with only short top-ups at public charging points when you’re out and about. 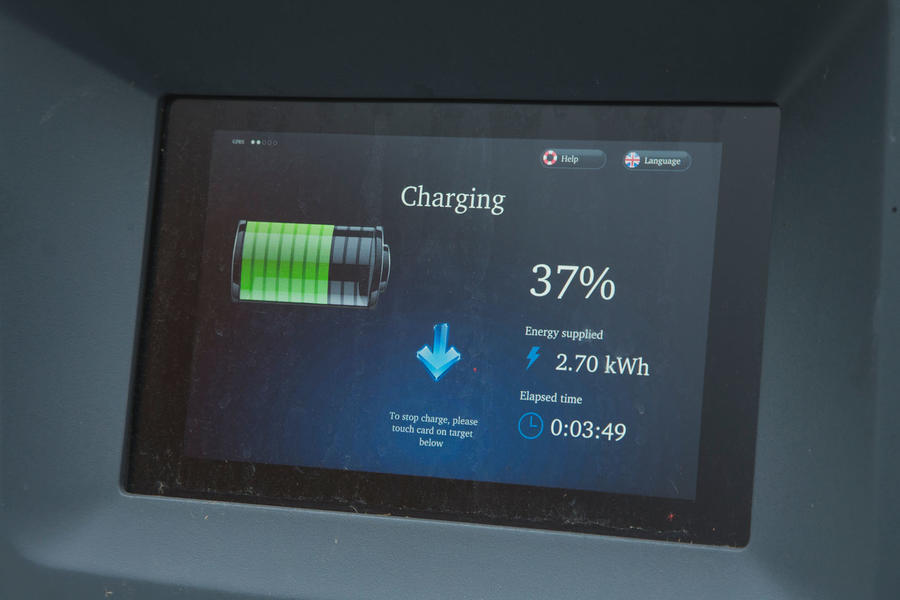 The length of time it takes to charge your car essentially comes down to three things - the size of the car’s battery, the amount of electrical current the car can handle and the speed of the charger. The size and power of the battery pack is expressed in kilowatt hours, or kWh, and the larger the number the bigger the battery, and the longer it’ll take to fully replenish the cells.

Chargers deliver electricity in kilowatts (kW), with anything from 3kW to 150kW possible - the higher the number the quicker the charging rate. Use the most basic charger and even something like a Nissan Leaf with a 40kWh battery will require up to 12 hours for a full charge. By contrast, the latest rapid charging devices, usually found at service stations, can add up to 80 percent of a full charge within half an hour. So which charger is best?

There are essentially three types of charger - slow, fast and rapid. Slow and rapid chargers are usually used in homes or for on-street charging posts, while for a rapid charger you’ll need to visit either a service station or dedicated charging hub, such as the one in Milton Keynes. Some are tethered, meaning that like a petrol pump the cable is attached and you simply plug your car in, while others will require you to use your own cable, which you’ll need to carry around in the car. Here’s a guide to each: 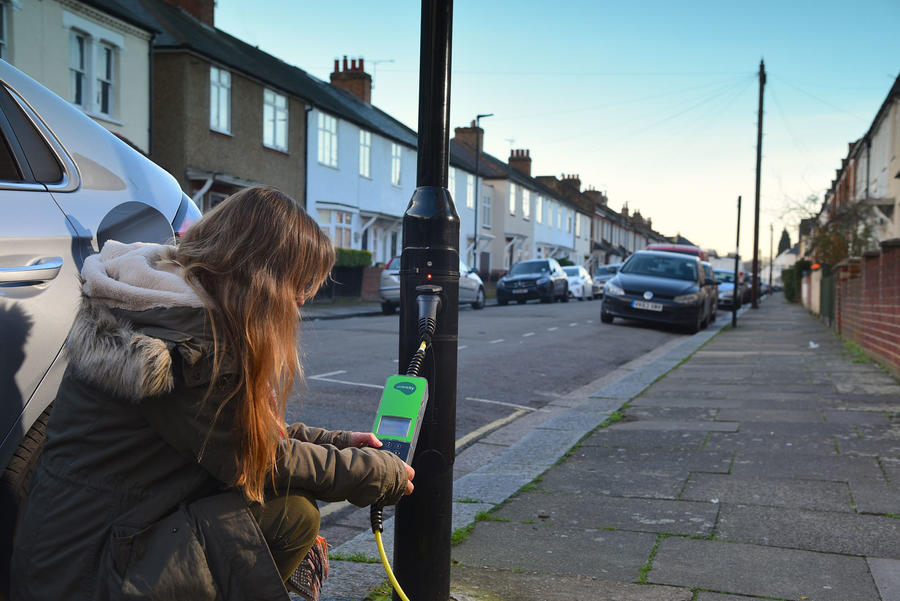 This is typically a home charger that uses a normal domestic three-pin plug. Charging at just 3kW this method is fine for plug-in electric hybrid vehicles, but with ever increasing battery sizes you can expect recharge times of up to 24 hours for some of the larger pure EV models. Some older street-side charging posts also deliver at this rate, but most have been upgraded to run at the 7kW used on fast chargers. Almost all now use a Type 2 connector thanks to EU regulations in 2014 calling for it to become the standardised charging plug for all EVs. 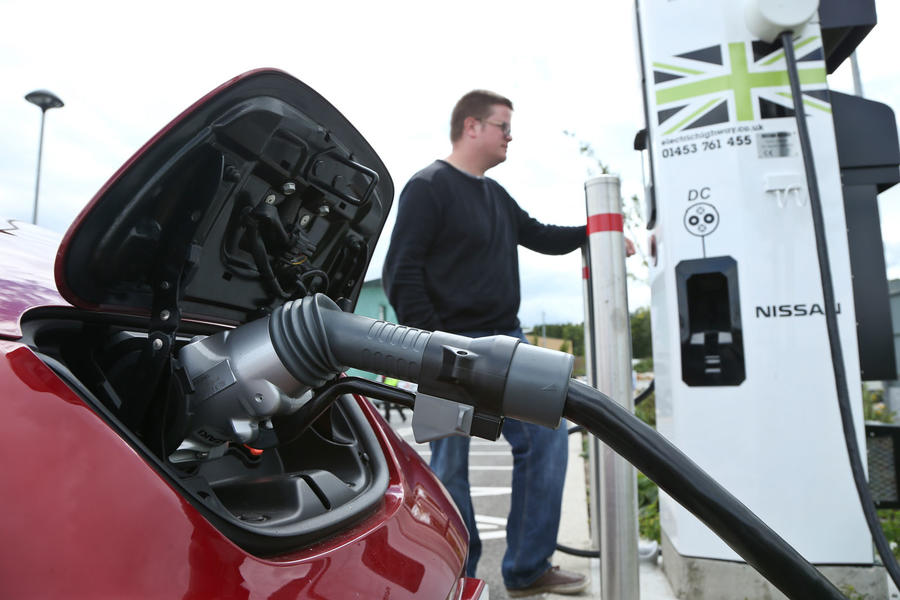 Typically delivering electricity at between 7kW and 22kW, fast chargers are becoming more common in the UK, particularly at home. Known as wallboxes, these units usually charge at up to 7kW, slashing the time it takes to replenish the battery by about a half. Mounted in your garage or on your drive, these units will need to be installed by an electrician.

The Office for Zero Emissions Vehicles (OZEV) currently provides grants that cover up to 75 percent of the cost of buying and fitting a wallbox, with prices starting at around £400 after the subsidy. However, some car manufacturers will pay for a charger and installation when you buy one of its EVs, so it’s worth keeping and eye on the offers.

Public fast chargers tend to be untethered posts (so you’ll need to remember your cable), and are usually placed at the roadside or in car parks of shopping centres or hotels. You’ll need to pay as you go for these units, either by signing up for an account with the charging provider or using normal contactless bank card technology. 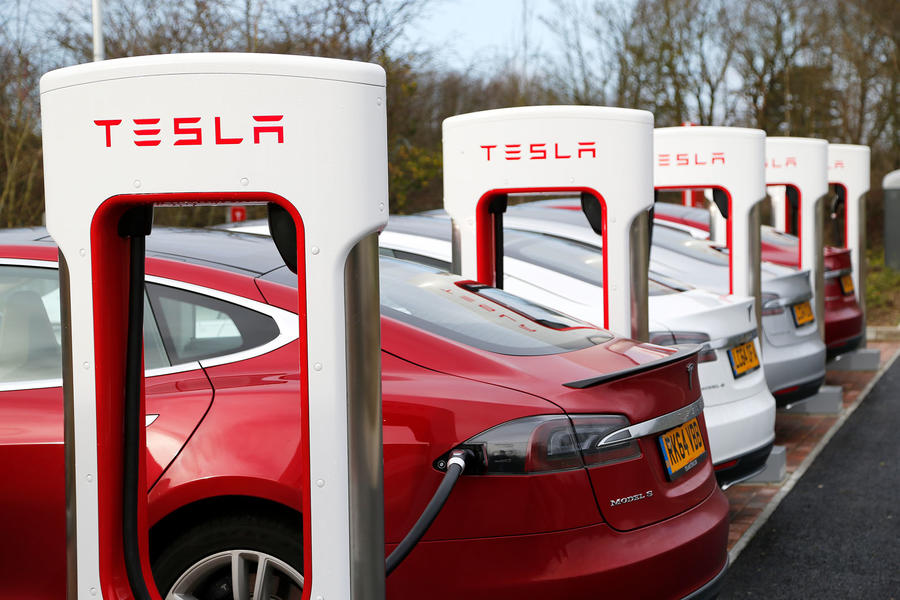 As the name suggests, these are the quickest and most powerful chargers. Usually operating at a rate of between 43kW and 150kW, these units can operate on Direct Current (DC) or Alternating Current (AC), and in some cases can restore 80 percent of even the largest battery’s charge in just 20 mins. Usually found at motorway services or dedicated charging hubs, the rapid charger is perfect when planning a longer journey. 43kW AC units use a type 2 connector, while all DC chargers use a larger Combined Charging System (CCS) plug - although cars fitted with CCS can accept a Type 2 plug and can charge at a slower rate. Most DC rapid chargers work at 50kW, but there are more and more that can charge at between 100 and 150kW, while Tesla has some 250kW units. Yet even this figure is bettered by charging company Ionity, which has started a roll out of 350kW chargers at a handful of sites across the UK. However, not all cars can handle this amount of charge, so check what rate your model is capable of accepting.

What are RFID cards? 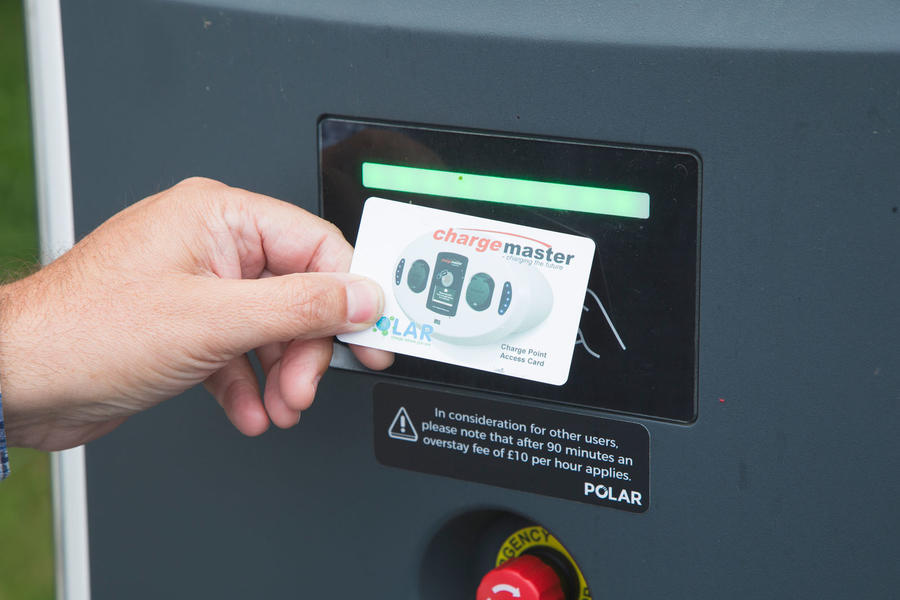 An RFID, or Radio-Frequency Identification gives you access to most public charging points. You’ll get a different card for each energy provider, which you’d need to swipe over a sensor on the charging post to unlock the connector and allow the electricity to flow. Your account will then be charged with the amount of energy you use to top-up your battery. However, many providers are phasing out RFID cards in favour of either a smartphone app or contactless bank card payment - the latter is slightly more expensive as it doesn’t require you to register your details.

Log in or register to post comments
MarkII 23 November 2020
With the government's stated intention to ban new ICE sales from 2030, it'll be 'interesting' to see how the infrastructure situation is addressed, people can buy a BEV but without sufficient supply of electricity, it's about as much use as a chocolate fire guard.
I won't hold my breath for a sensible approach to this, given the mess they've made of responding to a major health threat.
For the time being, better keep the old ICE car and buy plenty of candles, for the inevitable power-cuts.
manicm 23 November 2020

It's a bloody mess. Moral of the story? Buy a Tesla until other manufacturers and charging networks get their act and pricing together. There's a reason why Tesla shares have soared recently.

That should have read :

Autocar really is going downhill - what next, articles called "how to make a cup of tea", "how to open a door" ??

Still no edit facility either.