BACK TO ALL OPINION BLOGS
Currently reading: Matt Prior: if you want to keep a low profile, don't drive a BMW i8
UP NEXT
Opinion: Mercedes EVs will get you home on the range

Matt Prior: if you want to keep a low profile, don't drive a BMW i8

After West Midlands Police release a video of a hot pursuit with an i8, Matt Prior can’t help but think there are better getaway vehicles
Open gallery
Close

The small roadster is a hairdresser’s car. The big SUV with heavily tinted windows is a drug dealer’s car. There are some unfair and unkind stereotypes in motoring, which were never funny, aren’t accurate and often come with troublingly prejudicial undertones.

So fair play to West Midlands Police for smashing one of them by releasing a video of a car chase from last year that resulted in the arrests and convictions of two drug dealers trying to make an escape from a police car in, of all things, a BMW i8.

A lot has been written about this plug-in hybrid coupé: that it’s an intelligent sports car; that it was groundbreaking; that it was the most interesting car on sale; that its rear styling looks like it’s defecating a Porsche 911. But never have I heard it described as a drug dealer’s car.

But here we are: an i8 is this drug dealer’s motor. To quote the officer as the chase is initiated, after the BMW speeds down the hard shoulder of the M6 in heavy traffic, unwittingly undertaking him: “Really?”

And so the pursuit begins. There’s lots of overtaking, a bit of undertaking, speeding through roundabouts and traffic lights and doing 90mph in a 30mph zone, all while a calm, gentle voice updates police headquarters and us on progress from the passenger seat. I think the commentary highlight is: “We’re into the Toby Carvery now.”

From the point that an i8 does something iffy, like racing down a hard shoulder (maybe drug dealers are resolutely punctual; again, I’m no expert), it becomes a getaway vehicle. And I don’t think it’s a good one. 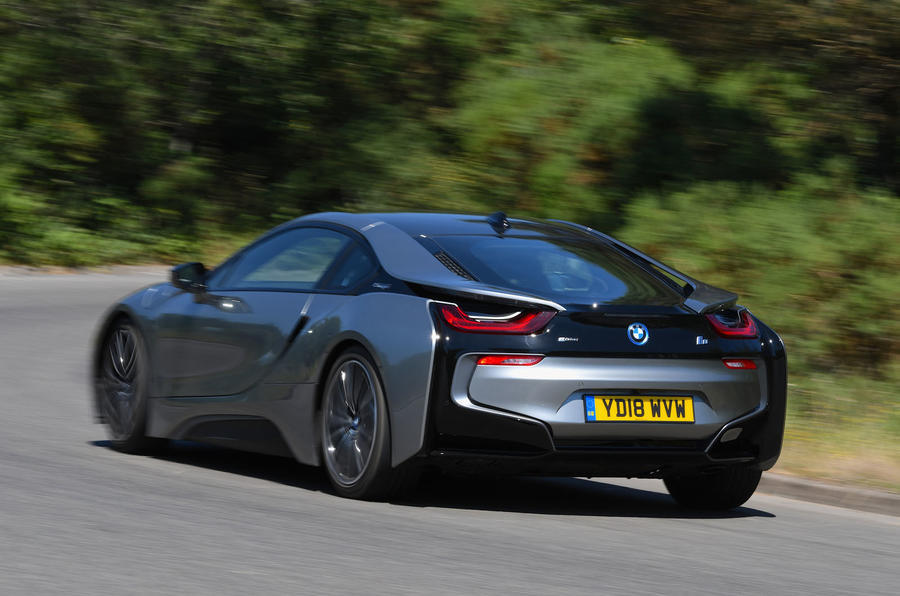 There’s strong accelerative urge through the mid-range, sure, but this is reduced once the plug-in battery goes flat. Plus it’s low, which makes thumping over kerbs risky, and wide. Unlike other BMWs, the i8 doesn’t get run-flat tyres, so if you run over a spike strip, you’re stuffed. And those butterfly doors? Our villains’ i8 takes to a park and the passenger leaps out, but the high sill and daft door make him stumble badly. Hopeless. In the end, the driver gives up.

This year’s most famous drug dealer’s car is a poor one, then, but I’m glad it busted the stereotype. And while we’re doing that, how many hair-drying hoods can you can fit into a Mk3 Toyota MR2? I don’t think so. Another one it’s time to let go.

That's not the thing to do when you got a very distinctive car loaded with serious amounts of drugs and the police aren't actually chasing you or it appears they wern't being chased up the hard shoulder.

My dealer drove a Pulsar GTI-R.  Fuck it was fun.  All he did was upgrade the brakes.  Perfect around the CBD and inner suburbs, if you get my drift.