BACK TO ALL OPINION BLOGS
Currently reading: Matt Prior: The great escape (of Carlos Ghosn)
UP NEXT
Matt Prior: Used car retail is killing the motoring enthusiast scene

Matt Prior: The great escape (of Carlos Ghosn)

Was there a cleverly concealed escape tunnel hidden by a poster of Raquel Welch? What was the deal with the musical instrument case? Our columnist digs to the truth
Share
Open gallery
Close
Share story

Back in the news this week: former Renault, Mitsubishi and, most significantly, Nissan chief Carlos Ghosn, who has made himself heard with an extraordinary press conference in Lebanon. His arrival in Beirut in the new year was as much of a surprise to Japanese authorities as the rest of us, because they thought he was still under house arrest in Tokyo.

To recap: Ghosn was the chairman of the Renault-Nissan-Mitsubishi Alliance, a set of companies that had enjoyed unprecedented success, before his arrest in November 2018; the Japanese authorities say for financial misconduct, Ghosn says because of collusion between Nissan executives and prosecutors opposed to his plans for the companies.

His incarceration, he claims, began with imprisonment and solitary confinement, limited to a cell with no windows for 23 and a half hours a day and to two showers a week – normal for a student but not for Ghosn – and culminated under strict bail conditions with no trial date set. He said his options were escape or “die in Japan” and opted for the former.

Having ‘done an Assange’, only with the good sense to present himself to a country largely pleased to see him, rather than an initially tolerant embassy where his skateboarding in the corridors and the smell of his cat’s litter tray would soon annoy his hosts, tales of the escapade started to become clearer. 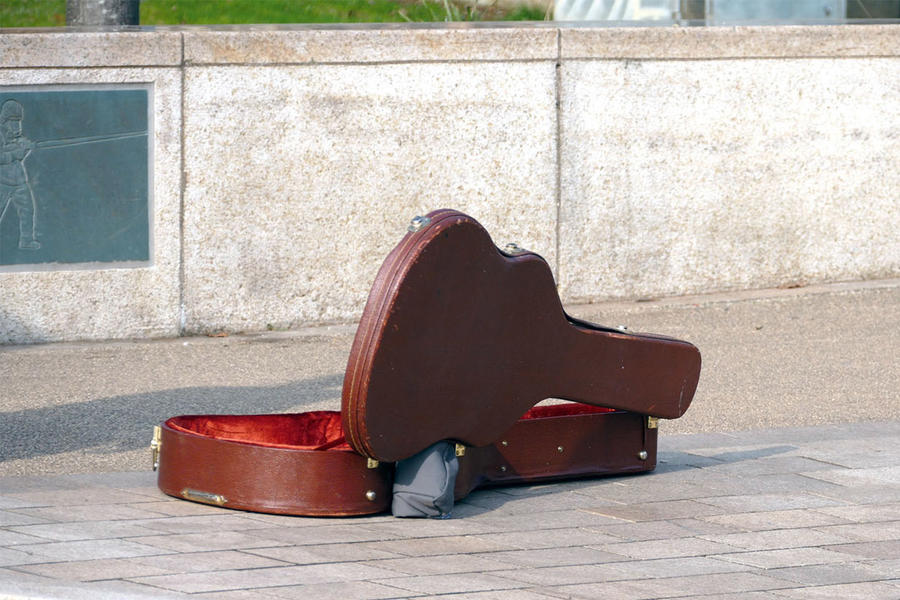 It was initially reported that Ghosn escaped in a musical instrument case brought by a Gregorian band visiting his house – which would have been odd, given that Gregorian bands are primarily noted for chanting. Later it transpired that Ghosn instead took the infinitely more fiendish plan of opening his back door and casually walking out of it, because the front was under heavier surveillance.

Then, using Japan’s famed aversion to germs, he blended in by putting on a mask and strolled to a nearby hotel.

He might have left that hotel in the trunk or climbed into it later still, at the airport from where a private charter jet definitely took him to Turkey and then onto Lebanon. Most of those who should know if a fugitive is hiding in a case in their hotel, airport or aircraft are now shrugging their shoulders and saying they knew absolutely nothing about it, guv.

Details, details. This version of events might have been superseded by the time you read this, because Ghosn – while saying lots about other things – is revealing nothing more about his escape and details are changing quickly. Unlike, might I suggest, the rest of the process: Ghosn’s 13 months of incarceration brought him, he said, no closer to a trial in a legal system that has a conviction rate of more than 99%.

There are other claims, too. A group of Lebanese lawyers have complained that Ghosn (a citizen of Lebanon as well as Brazil and France) has worked in Israel; Ghosn himself began a lawsuit against Nissan and Mitsubishi last July; and the Japanese have issued via Interpol a red notice requesting his arrest.

Prosecutors in Beirut have placed a travel ban on Ghosn, but Lebanon has extradition treaties with only the US and South Korea, so it could be months, years or forever before anything more serious than words is exchanged across continents.

The tales of Ghosn’s escape change quickly. Even when going normally, legal procedures move slowly. So, like the 300,000 Nissans that were recalled because trim could catch on the accelerator and cause unintended acceleration, this could run and run.

According to stories reported on NHK, the Japanese broadcaster, the trial which was supposed to start in April 2020 was going to be put back by a further year.   With the time it would take that would be about three years of him being treated like a prisoner without conviction.

I'm not saying if he's guilty or innocent, but given the length of time and with the prospect of another year and a half of being treated as he has been, without even the freedom to enjoy married life, I can't say I blame him for running away!   He could have stayed hidden in Lebanon and never be seen again, but instead is still fighting to prove his innocence.

Carlos Ghohn... Ghosn... Gone. How do you translate it to Japanese?

He may or may not be guilty, and I hope it's investigated properly and the truth comes out. But the Japanese legal system is not at "civilised" standards. Withholding him from his family, the prospect of three years between arrest and trial? No lawyer present during questioning at times. That's not justice. Yes, his alleged crimes are serious, but in perspective they are financial, and he posed no physical risk to anyone.

Different cultures of course have different values. But I can accept why he fled - unlike the cowardly act of the American woman who killed the biker and claimed diplomatic immunity.

He may or may not be guilty, and I hope it's investigated properly and the truth comes out. But the Japanese legal system is not at "civilised" standards. Withholding him from his family, the prospect of three years between arrest and trial? No lawyer present during questioning at times. That's not justice. Yes, his alleged crimes are serious, but in perspective they are financial, and he posed no physical risk to anyone.

Different cultures of course have different values. But I can accept why he fled - unlike the cowardly act of the American woman who killed the biker and claimed diplomatic immunity.