BACK TO ALL OPINION BLOGS
Currently reading: Matt Prior: why car engineers would love to drive more rivals' cars
UP NEXT
Matt Prior: The Honda that's not quite jazzy enough

Matt Prior: why car engineers would love to drive more rivals' cars

Automotive writers understand the value of driving lots of cars, and it’s a useful skill when it comes to benchmarking
Share
Open gallery
Close
Share story

Recently I rode the BMW R 1250 GS motorbike that featured in Steve Cropley’s column, partly because he was so impressed by it. I’ve read great things about GS models over the years and wondered how good the tech-heavy, archetypal adventure bike had become.

Cropley rides more bikes than me, as do bike reviewers (obviously), and it took about five seconds on the GS for that to show. The lower seat height, on what I had always considered to be a bigger bike than my old Honda Africa Twin, was a pleasant surprise at a standstill. But as I tottered out of our office car park on it, I thought: “I don’t like this.”

My feet felt too low. The bars were too wide. The ergonomics were all over the place, the digital display was complicated, the throttle response was sharp and the speed at which it tipped into corners was unnerving.

Ultimately, though, those things all came down to familiarity. A week later, it felt similarly weird getting back onto my own bike. Why the narrow bars and high seat, pegs and centre of gravity? Why did it feel so heavy? Because exposure to vehicles – lots of vehicles – is the key to getting comfy quickly and being able to make a decent assessment. 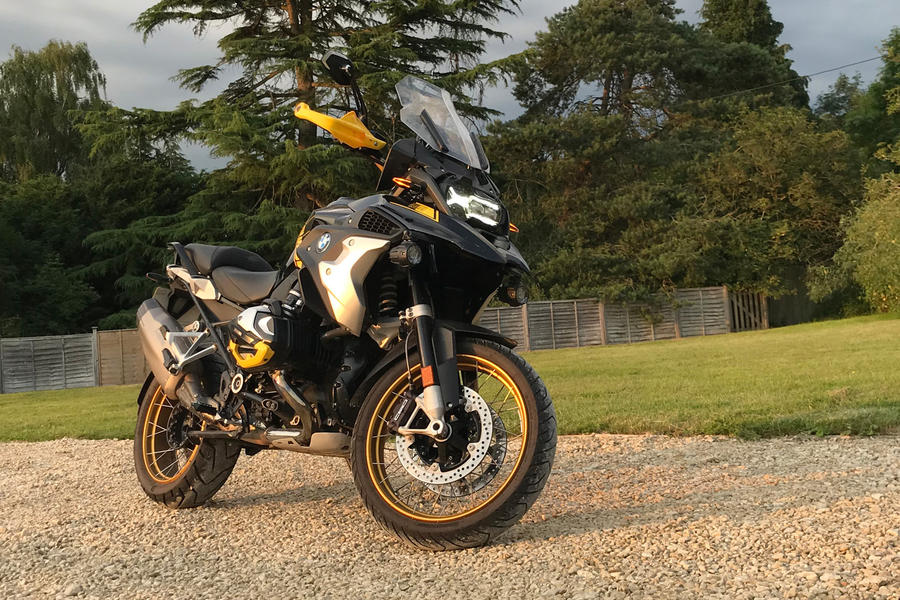 Mine isn’t the most skilled job in the world, but one of the assets that writing about cars gives people is the ability to suss out a lot about a car in a short space of time. Then, after a longer drive, while reviewers have slightly different tastes, a consensus about a car is usually easy to find.

And so to automotive engineers. Some like to join us on events where we have lots of cars, if they can, because they know how valuable an exercise benchmarking is.

All major car companies engage in it. They will usually buy some key rivals to whatever they’re developing, not necessarily to strip them down (agencies exist to do that) but to drive them and see what does what well. They hire cars, too, and there’s an industry pool where they swap with each other for a few weeks at a time; but demand on those cars is high.

And sometimes it isn’t enough, which I say not out of smugness but because I’ve heard engineers, who are under more time pressure than most of us, say they don’t drive enough other cars. So much of their time is spent in their own that they get used to the way they do things. Anything else feels strange. Ideally, I’ve been told, rival products would be on tap. Which sounds expensive.

Perhaps this is one of the reasons why Lotuses, for all their compromises, have driven so well over the years. Alongside testing their own cars, the staff who also work on the Lotus Engineering side spend serious time in, if not necessarily rivals, plenty of other firms’ cars.

At the start of a development cycle, manufacturers have huge lists of data outlining how they would like their new car to behave – from things as straightforward as the wheelbase to elements as complex as steering ratio and lateral stiffness.

But in addition to nailing those, you can never spend enough bum-on-seat time in cars, both yours and those of your rivals. That’s true whether you’re developing a car or learning something about familiarity on a bike that isn’t yours. Which, it turns out, is as good as they say.

Matt Prior: How will supercars stay special in EV era

Matt Prior: Forget weight and check the bottom line

Matt Prior: At some point, the law will catch up to e-scooters

Log in or register to post comments
si73 15 August 2021
Makes sense, and that's what I thought they did, also understandable that they have such time constraints, however I disagree regarding motoring journalist broader experience as HiPo 289 says, because you're driving such machinery that most never will, you can have a warped view of lesser machines, performance is something I always notice, so frequently have magazine reviews criticised small engined cars for a lack of performance, when their performance is perfectly adequate for their type, for example, the up! Is often cited as not being suitable for motorway use as it lacks power, that doesn't reflect our findings, our Mii will accelerate nicely up to motorway speeds and above, and it'll cruise nicely.
HiPo 289 13 August 2021

Totally agree that for engineers and designers, driving and assessing lots of vehicles would be very useful.  I'm less sure of the value of the broad experience of motoring journalists. Some are great, but many lose sight of the customer and the customer's perspective, perhaps partly because they get to drive so many vehicles, which most customers don't.  We then get comments in reviews about things that most people in the real world don't care about. My personal bugbear is 'scratchy plastics', which some motoring journalists seem obsessed with.  To me, this is irrelevant and not something to base a purchasing decision on.  If they drove fewer cars, maybe motoring journalists would focus less on petty details?

Sometimes you don't need time. You just need to do it the way others do from the start.

For example, why is the fuel release on a Nissan Qashqai hidden just above the pedals next to the bonnet release, so that you are always in the footwell when you want to fill up? How long does it take to realise that a filler door that works with the central locking is much more sensible, that you just open or press.

How long does it take to realise that every time you start a Peugeot based Vauxhall Crossland, the lane keeping guidance does not need to default to on, and require a press of the button seemingly for hours to turn it off. Why didn't the engineers realise that it's only useful on motorways, and the constant beeping when you are not following the lines because of parked cars at the side of an urban road, which is 90% of most owners' driving is very annoying?

And who at Hyundai didn't realise when they created the speed limit notification on the screen, that sometimes it shows the correct limits, and other times it shows limits that are clearly wrong such as 37 mph or 95 mph.

Sometimes manufacturers seem to spend more time looking at others cars to see how they handle, to please the Chris Harris school of reviews, and forget what is really important to real world buyers.