BACK TO ALL OPINION BLOGS
Currently reading: Matt Prior: Forget weight and check the bottom line
UP NEXT
Opinion: Mercedes EVs will get you home on the range

Matt Prior: Forget weight and check the bottom line

There’s some chatter among my colleagues about the weight of the new Lotus Emira. At 1405kg, it isn’t heavy for a sports car, nor is it heavy for a car that replaces the Evora, which was just 5kg lighter.

It is, though, heavier than the cars it also kinda replaces: the Elise and Lotus Exige, the two-seaters that have underpinned Lotus’s income for the past quarter of a century.

Lotus is, as you know, famous for loving lightness, and so the Elise and Exige were sufficiently spry that they could cope without power-assisted steering. The Emira, which uses a development of the Evora’s platform, retains hydraulic assistance. It’s lighter than the Porsche 718 Cayman.

There are, though, lighter sports cars. The upcoming Toyota GR 86 is sub-1300kg, and if that’s too cheap and lowly powered to be considered a true Lotus rival, there’s the modestly powered but ambitiously priced Alpine A110, which is absolutely in the Emira’s sights. In its lightest form, it weighs around 1100kg.

The Emira was never going to be that light, with a 3.5-litre V6 amidships. But we are now in the unusual position where there’s a car in the same market as a Lotus that weighs a lot less. The question, really, is how much that matters. Should Lotus always build the lightest cars in whichever classes it competes?

I understand the argument that it should. It comprises, after all, so much of the company’s ethos. But I’m a purist. I love Lotuses’ ride and handling balances and am happy to accept the compromises they bring.

But Lotuses have perennially been so hard to get into, cramped inside and noisy and tiring to use that they haven’t sold in enough numbers to keep the company viable. The truth is that a Lotus is the ‘right’ weight when it becomes a car people want to buy. 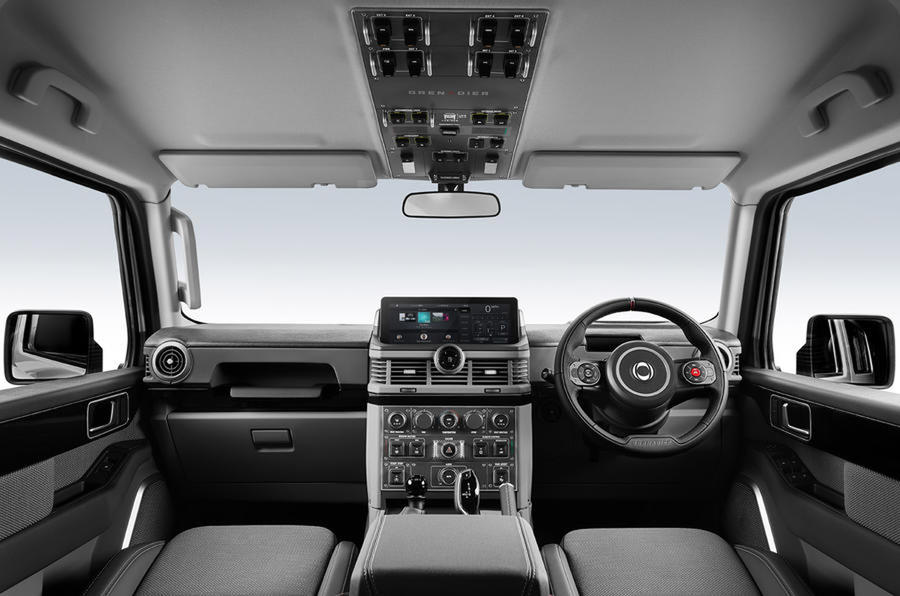 We’ve also now seen the inside of the Ineos Grenadier, the upcoming 4x4 that resembles a lot of other 4x4s. On the outside, that is. Not so in its cabin, which looks as much like the flight deck of a 1960s airliner as the interior of a car. Oh my, does this thing ever have buttons.

This isn’t necessarily a bad thing. It might even be a great thing; the mission creep of touchscreens is really unhelpful for drivers who have gloved or filthy outdoor hands. I guess we will see.

Anyway, one of the Grenadier’s steering wheel buttons suggests the return of an old idea: separate city and country horns. A loud one for driving out in the sticks and a more discreet one for gentle alerts in town.

This is, in principle, a thoughtful and nice idea – a way of gaining attention to your presence that isn’t an aggressive, 110dB, three-tone AAARGH. But there is, I think, a problem. The button for it, a little round red one with ‘toot’ written across the top, features a graphic of a bicycle. And perception is everything.

The intent might be for it to be a gentle, multifunctional parp that can say (no matter what the UK’s rules say a horn should only be used for) everything from ‘excuse me’ to ‘thank you’. But by putting a bike on the button, doesn’t it come across as a bit ‘get out of my way, peasant. I’m in a two-tonne 4x4 and you arent’?

My advice? Take the bike graphic off and put the word ‘city’ on.

Lotus boss: Emira will be a fantastic sports car you can live with

People always make the same complaints about Lotus, somehow they expect an interior quality to beat a Porsche, without it actually being any heavier than a Caterham, and with the final car not selling for any more than about £50,000. Nobody considers the idea that Lotus may not want the unsprung mass ratio to encourage poor body control, or that they could make it lighter but it would be to the detriment of NVH, or a higher price. Why does a Lotus even have to be the lightest? Away from the race track, did Chapman chase that? As far as the Emira engines go, i have a feeling that Lotus are fulfilling a supply contract which began with the Evora, and once those engines have been used up it'll be getting the AMG V6 with the ZF gearbox that Porsche market as PDK - this being the real reason the rear seats have been removed - and the higher output 4cyl.

si73 23 July 2021
@ Sporky McGuffin
Yes you're right I remember reading about the AMG 4 pot, but didn't realise there was no weight saving, maybe they'll do a light weight club sport style version at some point, either way though, I don't think it's weight will be a concern for Lotus' chassis gurus.
MarkII 23 July 2021
Ineos Grenadier horn: I agree, the cycle symbol might have the wrong connotations and should therefore be dropped but surely 'Toot' is more descriptive of the button's purpose than 'City'?
View all comments (5)