BACK TO ALL OPINION BLOGS
Currently reading: Matt Prior: I've picked my dream car garage. Now it's your turn
UP NEXT
Estate cars: In celebration of a dying breed of car

This week our man has been choosing which three motors he'd buy with £100,000 - and wants to know which ones you'd have
Share
Close
Share story

Ahoy. The annual Autocar Awards are incoming, and we would like your help. As ever, one of the gongs is for the Readers’ Champion, and this year an idea of mine has apparently been the inspiration.

A few weeks ago, I imagined my dream 10-car garage and posted it on social media, and around 1000 people gave me theirs in response (the Porsche 911 was the top-named model, by the way). So we’re asking a similar but slightly more relevant question for this year’s Readers’ Champion at the Autocar Awards.

As with the top 10, my choices are likely to vary by the day. Today, it’s a Toyota GR Yaris without the Circuit Pack for the daily. Then there’s a Lotus Exige Sport 350 for fun. (I found a 500-mile demonstrator at £60,000, which is, I accept, cheating, but soon you won’t be able to buy a new one at all, so I don’t care. And if the rule-makers care so much that it’s cheating, I’ll make it a Lotus Elise for the same reasons.) And then there’s the Wildcard, which is the most fun and the most difficult one of the lot.

I opened the classifieds at classicandsportscar.com, set a limit of £20,000 and hit search. Everything from a Citroën CX Pallas to a Jeep CJ5, a Renault 4CV and a Volvo PV544 to a Volkswagen Karmann Ghia feature heavily on my shortlist, and I’m only four pages deep into the search. I also found a Ford Cortina Estate for £15,000, which is, um, not really my thing.

Anyway, you can submit your trio right here. The awards will be held in June. 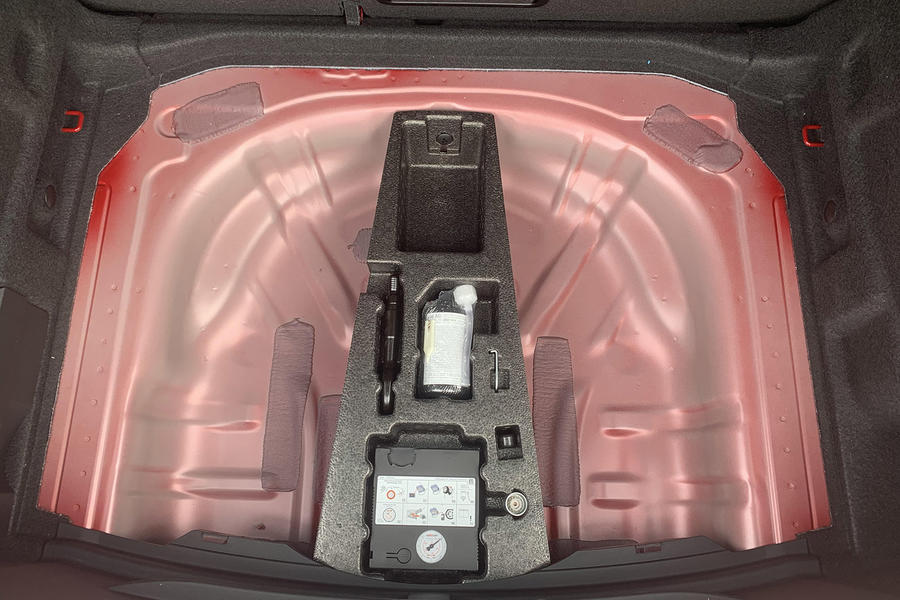 Last week, Autocar photographer Olgun Kordal was in Wales shooting a car that had 22in wheels when one of its tyres was punctured. It was mid-afternoon and he was planning to shortly head home to London.

As is increasingly typical, though, the car had no spare wheel; and the repair gunk in the boot didn’t fix the flat.

After several calls, he discovered that nobody could get an appropriate tyre to him, and before long everywhere would close for the night anyway. The AA rescued him and began the schlep back to London, car up; the length of journey and lateness in the day necessitating three transporters. He got home at 4am, all because the car didn’t have a spare wheel – not even a spacesaver.

I get the reasons: not having a spare wheel saves weight and cost and is better for fuel economy, and you might not need it very often. It’s estimated that cars pick up a puncture every 100,000 miles, but I’ve experienced more than that.

Yes, punctures are usually no worse than a bit inconvenient, but emergency repair kits are frequently no help and there are times when it’s a massive pain in the neck.

Regardless of the counterarguments, I will die on this hill: all cars should have the option of a spare wheel, even a spacesaver. Like a hard shoulder on a motorway, you never know when you will need one.

My three cars would be:

mix it up - Ford Fiesta ST - incr3edibly entertaining for the money, and a delight around town too. £15-20k

Honda Civic Type R - if it's an everyday car, then a 5 year old son dictates rear doors, so the Yaris GR has to go...Plus, for an everyday motor, an actual middle seat (albeit dinky) in the rear and a bit more boot space is probably not a bad idea.  I wondered about getting something more practical for this: I could get larger (but see below for why that doesn't matter so much) and less fun - after all, for the fun we have £50k to spend on something else.  But then I thought, 'Well, is it really such a bad thing if my everyday driver provides me with bags of fun, too?  Why am I turning the opportunity of fun down...?'  So the Type R it is.

Alpine A110 for the fun.  Probably don't need to say too much about this choice.

2011/2012 Range Rover: I've got a compact, practical car for everyday use, and a small, fun sportster, so, for a bit of lofty luxury - I'd get a 4.4 litre V8 with cream leather interior - and the ability to lug plenty if I needed, as well as go off road, this fits the bill nicely.  I thought about a 7 seat SUV or something like a Seat Alhambra for the space, but the Range Rover has plenty of that, plus the aforementioned off-roading capability.  And, let's face it, it would be a nicer place to sit while going from A to B, and a nicer place to be seen in when arriving.

Golf GTI (after discount should be less than £30k)