BACK TO ALL OPINION BLOGS
Currently reading: Matt Prior: How soon is too soon to call it a day in motor racing?
UP NEXT
Matt Prior: Bring back the beach buggy

Hang up your helmet after one F1 title if you like, but our man prefers indomitables like Whizzo Williams
Open gallery
Close

He’s 41 years old and slower than all around him, perhaps including the referee, but I can still see the sparkle of his touch and his mind. What a pleasure, what a privilege.

I like it when a sportsperson stays in their game for as long as they can, for the love of the sport and because they’re a long time retired. Why quit before you have to?

There is the whole “I would rather people ask why I retired, rather than why I don’t” thing, but I’ve always felt more affection for those who stick in the game for as long as they can. Hang up your helmet after one Formula 1 title if you like, but give me Teddy or Barrie ‘Whizzo’ Williams, who was still racing cars until just a year before his death at 79, any day.

It shows they love doing it as much as we love watching it. Even as an occasional plodder around a kart or race track behind people much better than me, and sometimes only managing to enjoy it several days after the event, I can’t imagine ever turning down a race opportunity.

But I think, as of recently, I get it. I was on an event a while ago (they all seem a while ago now) with a former F1 and GT driver who’s now a brand ambassador for a car maker. I won’t name him because he had had a glass of wine and might not want to be quoted in case he changes his mind.

Would he ever do more endurance racing, I wondered? “The trouble is,” he didn’t really allow himself to be anonymously paraphrased, “I’ve raced against the best drivers in the world. Now I could be up against amateurs, which can be really frustrating. You don’t know what they’re going to do.”

Okay. If you’ve challenged at the sharp end of an F1 grid, I can see how it could be difficult, irritating, maybe even dangerous to race a middle-aged bloke whose ability to push money around all week is what allows him to push a GT3 car around at weekends.

So I think I stand corrected. While I still have the utmost respect for those who keep playing for as long as they possibly can, fair dos to those who feel they’ve done their time. 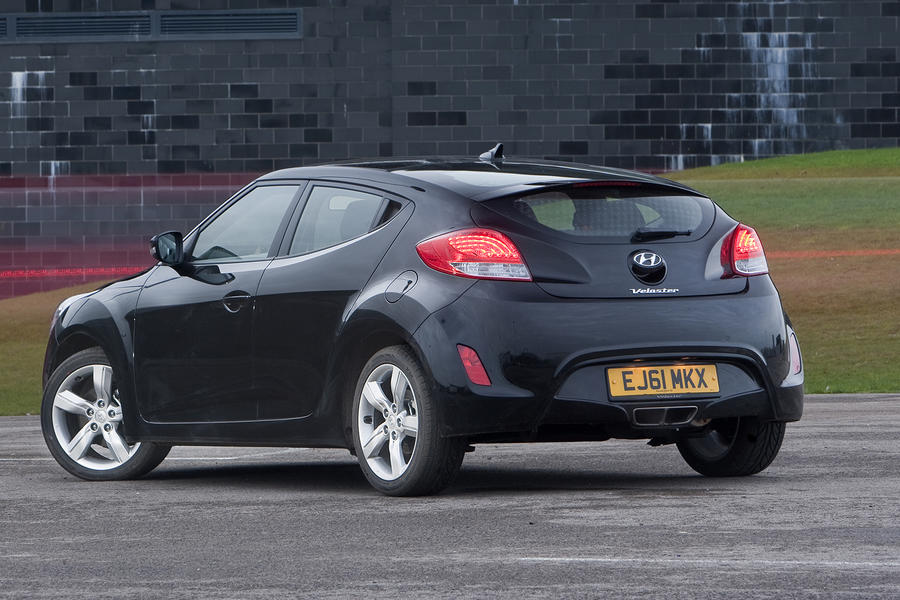 ■ It was such a pleasure to write about another hot Hyundai this week (the all-new i20 N).

At the start of the last decade, Hyundai had high hopes for the Veloster. I think it wanted this coupé to become its Mini – a real flagbearer for the rest of the range. Had it been great to drive, it might even have done that. Alas, early ones drove like they had never been on a bumpy road.

But it’s clear now how serious Hyundai is about making cars that are good to drive. The Ford Fiesta ST is great, but with Peugeot losing its GTis and Renault’s most recent Clio RS missing the mark, we’re not at a high point of hot superminis. But the i20 N looks like changing things, in a deliciously old-school, no-nonsense way. One day they won’t be able to make cars like this, and I’m sure that will be fine in the end, but I’m happy to enjoy them while we still can.

don't sell like SUV so manufacturers aren't gonna waste their time and money developing a type of vehicle that people no longer really care about and they will not make so much money out of it as a "thing".  Enthusiast cars for the masses are over now, unless you buy something from the past or spend a lot of money on a £££,£££'s mega . The manufactures know that people generally don't care about sportiness (which is clear by the number of SUV they sell) and they will give the majority of the people what they want and the rest can do something else.

With regards to when to stop driving like a lunatic racing driver will depend on any accidents you may or may not have had and what is likely to happen to you if you have a bad accident at an elderly age compared to the identical thing happening to someone younger, but nothing is for certain.

Athletes generally have 10-15 years maximum at the top of their sport.  There are a few exceptions such as Nadal and Federer, but generaly they are not able to compete after their early 30s.   There are jobs in coaching and broadcasting for some of them, but the majority need to find a way to adapt to 'civilian' life by their mid thirties.  As we all know that is difficult and doesn't always work out.

Racing drivers can compete into their 40s and 50s if they have the media presence to continue to attract sponsorship dollars which then allows them a seat in a good car which then gives them a chance to win.  Why should they stop, if they are doing what they enjoy?  It's just entertainment.  If people want to see the old drivers on TV, for whatever reason, they should keep at it.

Everyone has different motivations and (changing) priorities in life. At one end of the spectrum, some are completely obsessed with one passion, at the other some have a huge range of interests and commitments. Neither is right or wrong and projecting our outlook onto the lifestyles of others is pointless.