BACK TO ALL NEWS
Currently reading: All-new Renault Clio: UK prices for advanced supermini revealed
UP NEXT
MST Mk1: Is this the ultimate rally recreation?

The new, fifth-generation Renault Clio is the brand's most advanced supermini to date, and it's now available to order in the UK from £14,295.

Iconic trim starts at £15,295, adding a 7.0in infotainment screen with Apple CarPlay and Android Auto, as well as keyless entry, rear parking sensors and tinted rear windows. The Clio S Edition receives electric rear windows, larger alloy wheels, climate control and automatic windscreen wipers and headlights. It's expected to cost from around £16,200, although prices haven't yet been confirmed. 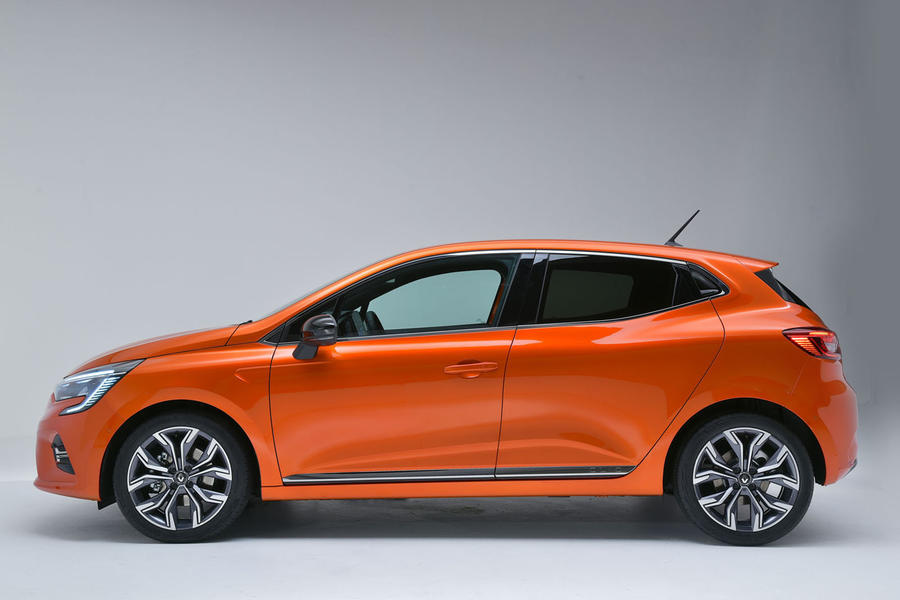 Heading up the Clio range is RS Line trim, which takes styling influence from Renault Sport performance models such as the Renault Mégane RS 280. RS Line Clios gain a wider, more aggressive front grille and a faux diffuser for the rear bumper. They also receive a larger exhaust and bespoke alloy wheels, while much of the chrome-effect exterior trim panels will be replaced with Renault Sport-specific gunmetal grey versions.

Standard features at this level include a rear-view camera, front parking sensors and 17in alloy wheels, while optional Luxury and Techno packages add items such as heated leather seats, wireless phone charging and a 360deg camera. RS Line cars also receive black and red interior trim accents throughout the cabin, including on the rear seats.

First customer deliveries are expected to take place at the end of October.

The Clio, which was announced earlier this year and made its debut at the 2019 Geneva motor show, is smaller outside yet roomier inside, with a lighter body built on the Renault-Nissan-Mitsubishi Alliance's CMF-B platform - Renault’s first car to use these underpinnings.

At 4048mm long, it is 14mm shorter than before, with a 6mm shorter wheelbase and a roof that’s up to 30mm lower. The body-in-white is 22kg lighter, with higher-strength steel for improved passive safety, plus an all-new electrical architecture for additional assistance systems.

The Clio can be equipped with a 75bhp 1.0-litre naturally aspirated petrol engine, as well as the 1.0-litre turbo already seen on the new Nissan Micra, with which it shares a platform. The turbo is available in 99bhp form with either a manual or CVT automatic gearbox, or as a 129bhp version available solely with a seven-speed dual-clutch automatic. A 1.5-litre diesel will follow with a choice of 84bhp or 114bhp. 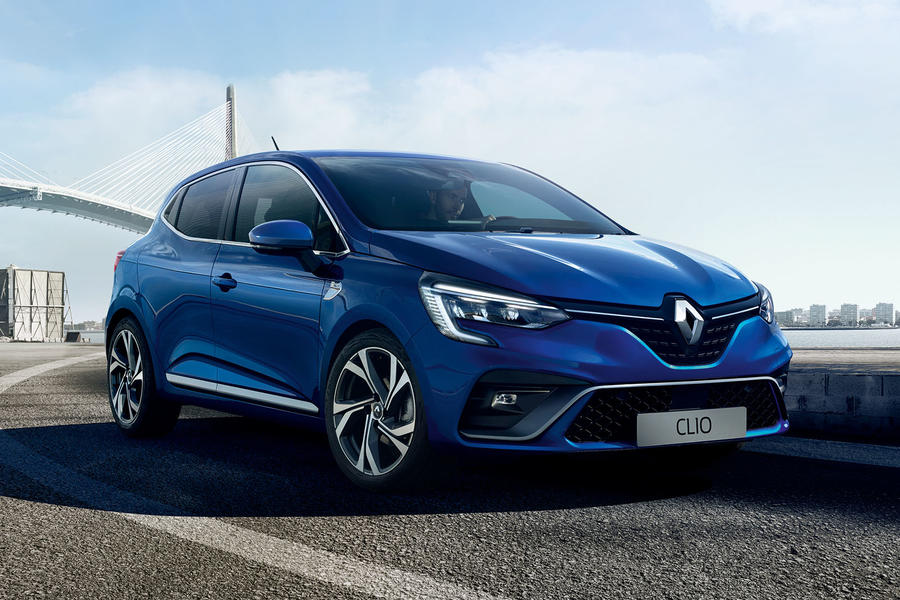 In 2020, though, it will become the first Renault to use a hybrid powertrain. The system, known as E-tech, will use an 89bhp petrol engine mated to a 40bhp electric motor and 1.2kWh battery. The brand claims it will drive “like an EV” and be 70% electrically powered in town, with three driving modes and regenerative braking.

The same powertrain but with a 9.8kWh battery will make the Renaut Captur SUV the first B-segment plug-in hybrid, with an electric-only range of 25 to 30 miles.

As to whether a full-fat Renault Clio RS was on the way, Renault would only confirm that the turbocharged 1.8-litre engine seen in the Megané RS would ‘physically fit’ inside the CMF-B platform - although the presence of Renault Sport programme director Michael Grosjean at the pre-launch preview gives a good indication of Renault’s future plans. 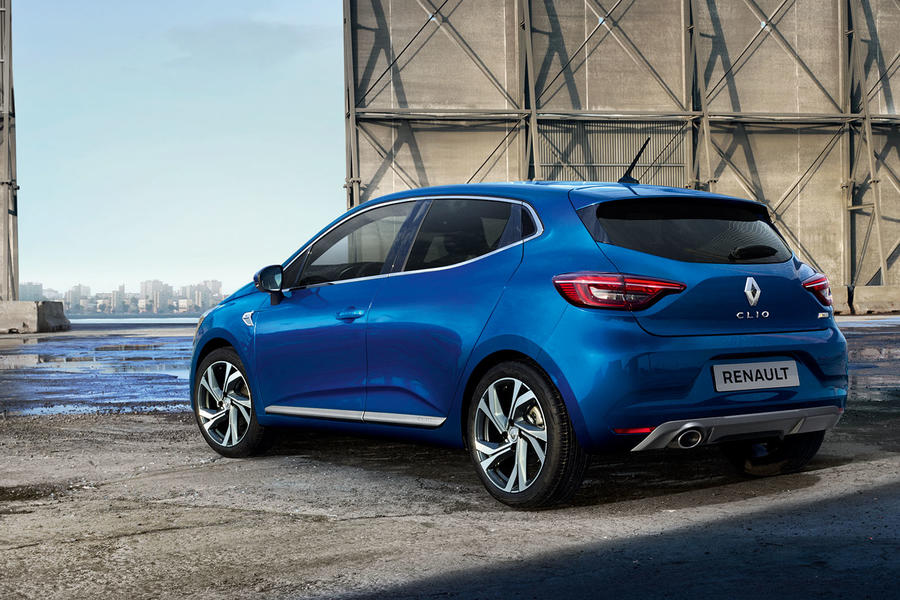 Across its four previous generations, the Clio has become Renault’s best-selling model. Unusually, the Renault Clio 4 increased its sales every year from 2012 to 2018 to become the second best-selling car in Europe, largely thanks, Renault thinks, to its design.

“The top reason buyers give for choosing Clio is always design – way more than in other market segments, but also against its direct competitors,” said Vincent Dubroca, the Clio’s product manager.

Senior vice-president of design Laurens van den Acker, whose first Renault was the fourth-generation Clio, said: “When I arrived at Renault, it [the Clio] was looking for its soul. This time, we have so much to build on that it would be a shame to throw it away.”

From a design perspective, then, the fifth-generation Clio seems to pick up from where the old car left off, even though it’s actually entirely new. 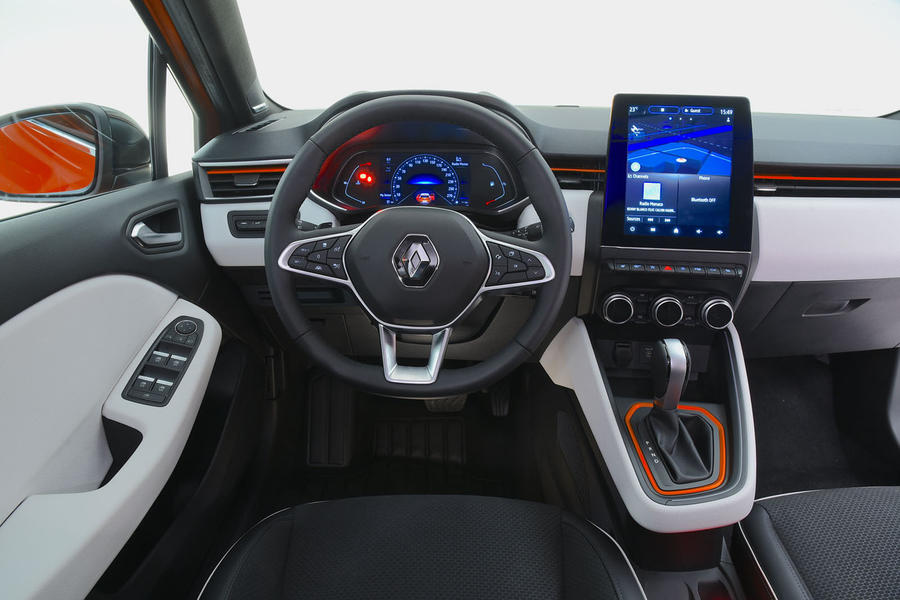 The interior is where the biggest changes take place. Van den Acker accepts Renault “dramatically needed to improve perceived quality” and reckons 70% of the time he spent with the new Clio was on its interior.

Of the Clio 4, he said: “The hard plastic was in your face. Now what’s soft is close and what’s hard is far away. We’ve benchmarked against our competitors, but we’re reaching towards premium-segment cars.”

The dashboard is now finished in soft-touch material and is more driver-oriented, with the raised centre console bringing the gearlever closer to the driver. A new airbag allowed for a smaller steering wheel, which in turn makes the instrument cluster easier to read.

Thinner seats have increased rear leg room by 26mm, while the glovebox is bigger and the 330-391-litre boot is claimed to be the best in its class. If the headline objective for Renault’s resurrection of Alpine was to save every gram, for Clio that objective was to save every millimetre.

“The interior is where the emphasis is,” said van den Acker, “but the difference between today and tomorrow is cars become smart.”

To this end, the Clio is available with a raft of infotainment and driver assist features but, said van den Acker, they're easier to use, with items like the temperature controls returning to dashboard buttons. 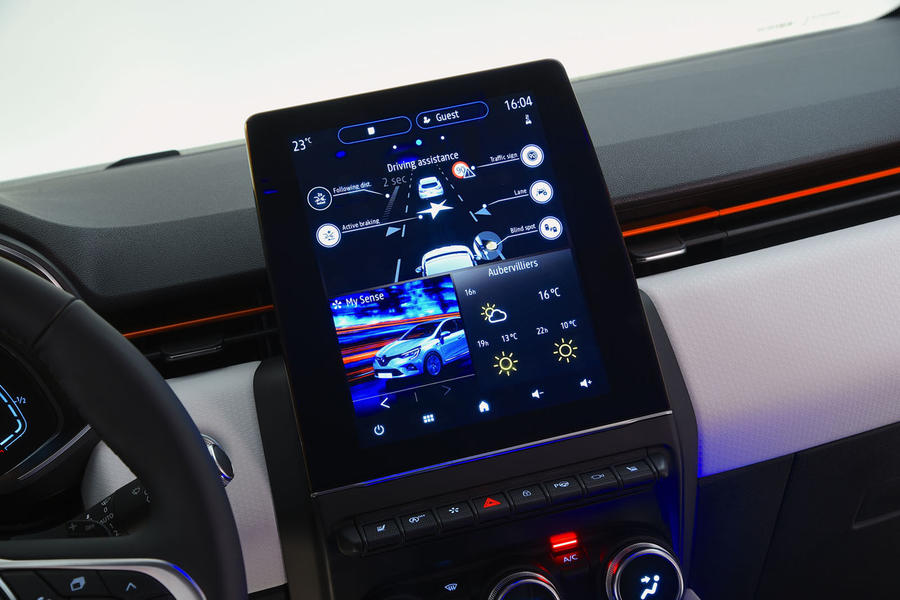 “The Clio 4 instrument cluster was rich on decoration but not information,” he said. “Designers like the idea of getting rid of buttons because Apple takes buttons away. But with a smartphone, you’re concentrating, and in a car you’re doing 120km/h [75mph].”

The instrument cluster is now fully digital, with a customisable 7.0in screen in place of traditional dials. A 10.0in digital cluster will also be available as an option). The centre console has been redesigned with a 9.3in touchscreen that supports both Apple CarPlay and Android Auto.

It uses all-new software, dubbed Easy Link, which will eventually make its way into every new Renault model. Instead of traditional menus, features like multimedia, navigation and drive modes are presented as widgets on a series of home screens that can be reorganised, as on a smartphone. The portrait orientation makes text entry easier and requires fewer steps than the previous-generation car to enter a navigation destination.

While other manufacturers often save technology debuts for premium models, the Clio was first in the queue for Renault, because the car is “emblematic” for the brand, according to connected car product marketing manager Pierre Loretta. “We do a lot of volume, and I think we’ve done something really beautiful with the new car’s interior, so the system perfectly suits the new design.

“It’s a system that will be deployed in the future across all Renault cars, but we didn’t want our customers to wait too long for a new Clio. They can enjoy the freshest technology we can offer from the very beginning.”

A range of passive and active safety systems are standard on all Clios, including lane-keeping assistance, automatic emergency braking and blindspot monitoring. Traffic sign recognition, 360deg parking cameras and distance warnings also make it one of the most advanced cars in its class. Stop-and-go cruise control will be an option for DCT-equipped cars, and the whole range now includes LED headlights as standard. 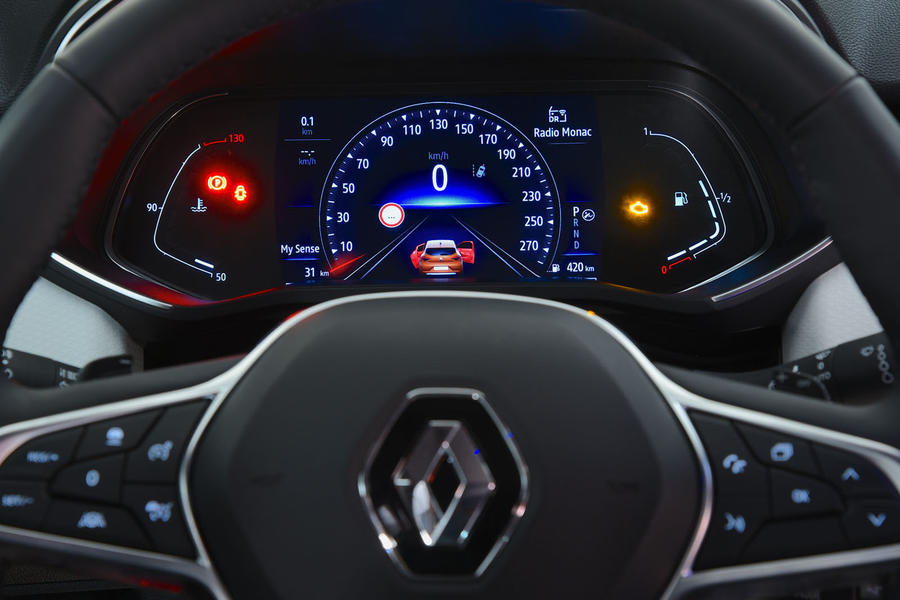 “There are features that must be added to get the best safety, but the feedback these systems give isn’t something that NCAP dictates,” Dubroca said. “We want our customers to be as well informed as possible to the car’s surroundings.

“All Clios have radar, but the fact that we display the distance to the car in front on the instrument cluster is something we choose to do. We are able to also add things like stop-start cruise control. Drivers might not know they need it, but it’s beneficial for them.

“Our duty is to make driving safer. We know people will do things like check their phones, but this could keep them safe if they decide to break the rules.”

Not all Clio customers are tech lovers, so there needed to be a balance between adding new features and making them easy enough to use. “The trend among auto makers is to add more and more features, but sometimes it gets too complicated, so we wanted to have something very simple,” Dubroca explained.

“We use icons for the safety systems, for example, so you can understand easily what will be the impact of selecting early, standard or late lane detection."

Renault Twingo to be taken off sale in the UK​

Renault: "We must diversify to succeed"​

a scaled down picture of the Megane, where's the 'va va voom'  gone.

I did like the press photos, but the studio ones make it look a little fulldu than when I first seen it. I'd be interested to see the Clio next to the new 208

Whilst only an incremental shift, design-wise, this will sell on looks alone & has better proportions than anything in the class. Just seems to be lacking the engines to whet the appetite & are the rumours true that there'll be no RS?