BACK TO ALL OPINION BLOGS
Currently reading: Steve Cropley: Little Tikes has nothing on this baby Bugatti
UP NEXT
Opinion: the expectations of 2022's new-look F1

Steve Cropley: Little Tikes has nothing on this baby Bugatti

In this week's automotive adventures Steve discovers the ideal Bugatti for children (and perhaps most adults), reflects on the costs and opportunities of lockdown for dealers and more.

To Bicester Heritage, fast becoming the Goodwood of our neck of the woods, to see the new electric Baby Bugatti 2, launched at the 2019 Geneva motor show to commemorate Bugatti’s 110th anniversary and to reprise an idea hatched by the great Ettore Bugatti, who built a half-size Type 35 for his youngest son, Roland.

It’s a kind of kids-and-parents back-garden Bugatti – electrically powered, like the original, but now a 75% creation so that adults can share the fun. It’s no toy; much attention is paid to Type 35 quality and authenticity. The shape is dead accurate and even the suspension geometry is correct. The top model is clad in hand-beaten aluminium, can do 45mph flat out (with the help of a ‘speed’ key) and will set you back £30,000- plus. Bugatti itself has embraced the project, and chief test driver Andy Wallace was on hand to talk and drive (that’s him in our picture, above).

It’s all the brainchild of Ben Hedley, former British Olympic speed skier, and his Little Car Company, which plans to make other cars in a similar mould, with 14bhp rear-drive electric power and a 25-mile range. Marques in the frame include Aston Martin, Bentley and Jaguar. Hedley has sold most of the first 500 Bugs and plans to make six a week in a new Bicester Heritage factory, eventually staging all-marque races for kids. This was all a big surprise for me; I was expecting a kiddie car and discovered a multi-million-pound business.

Gupta, whose various interviews and articles through this crisis have cast him as the thinking man’s car dealer, raised two more matters new to me. One was the rise of the ‘revenge buyer’: the person who has saved money through lockdown and now wants to spend it. The other is the advent of unaccompanied test driving (they haven’t lost a car yet). Reminds me to put my name down for Land Rover’s much-publicised ‘three hours in a Defender’ campaign, which looks enticing.

I’m finding this week’s collection of future classics stories as attractive as ever – although I keep being surprised that cars made in such volume at such high quality still end up quite rare. People don’t crash that much, do they? I guess it’s because it’s no longer wear or rust that kills cars but a combination of fashion, failing electronics and the hefty cost of modest repairs. We recently paid £1000 to fix a couple of minor wing bashes on our 15-plate Fiat 500, which, with 90,000 miles up, is probably worth only £3000 to the trade. Given that it’s still perfectly healthy, I guess that means we drive it until it drops. 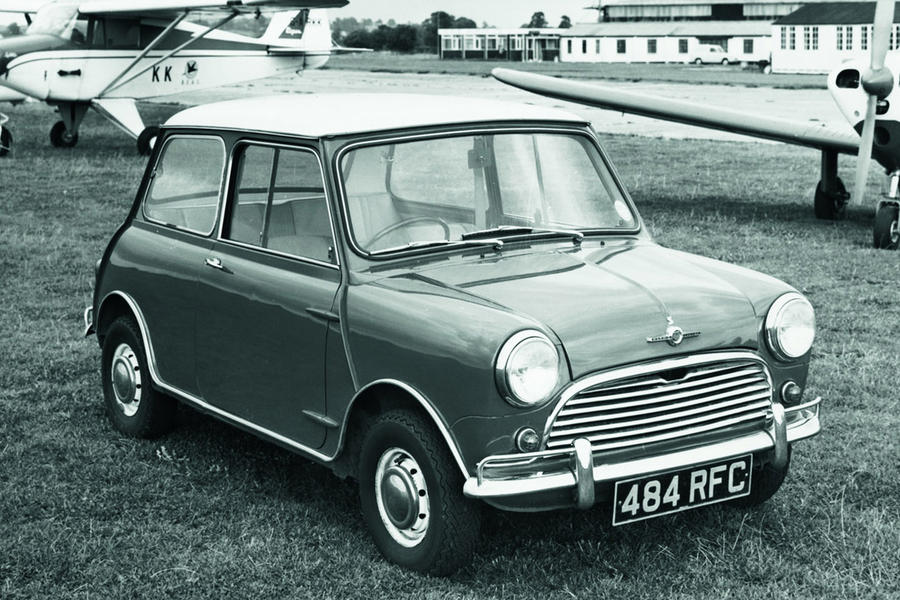 Talking modern classics, in one case I suspect I’ve missed the bus already. Many years ago, I owned a worn-out and wheezy Morris 850 (which is Australian for Mini), whose amazing steering and ridiculous dimensions instantly made me want a better one, especially after I met Sir Alec Issigonis and got to know Dr Alex Moulton quite well. Trouble is, they’re big money now, and presentable versions are often ‘Meccano set’ cars comprising healthy bits from many sources. Time to get serious with the search, I think. 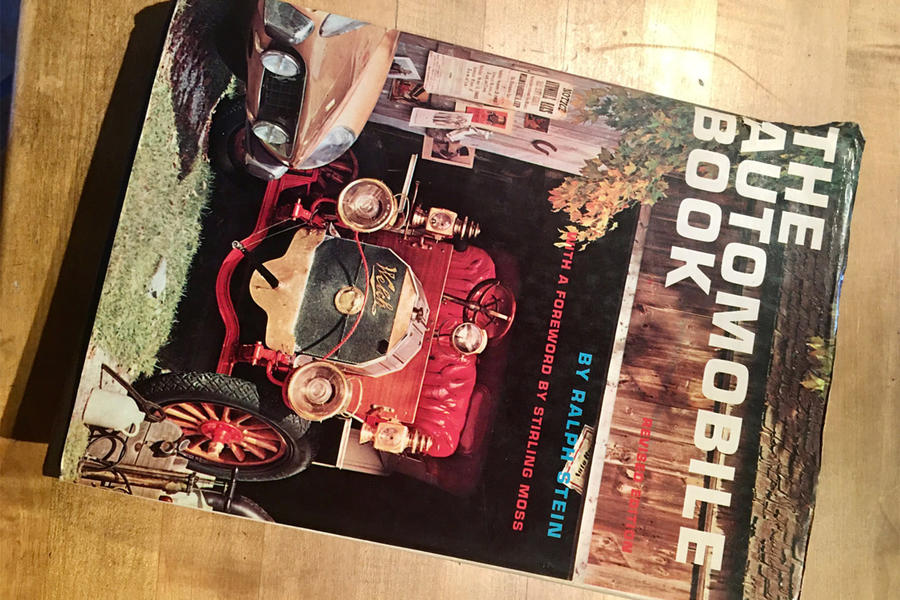 Know this book? Although it was published in the 1960s and others know it well, I’ve just discovered it, along with the brilliant prose of its late author, Ralph Stein. Its success at conveying the deep joy of cars makes it one of the greatest books I’ve ever read. Find copies on Amazon, £20 upwards.

Marshal Motor Group has to be

Marshal Motor Group has to be the second worse dealership chain the country, after Bristol Street Motors, they are RUDE, Incompetant, have no idea, dell dreadfully made products (not their fault i know, but they cant even fix them properly), they refuse POINT BLANK to repair under warranty especially when they themselves says a 2 year old car has hidden CORROSION, the salesman that sold our car A VELAR, was so poor, that WE had to do all the work for him, as in do the order, he had no idea, whilst we were there, on FIVE seperate occasions we stated quite clearly we wanted to buy a BRAND NEW Discovery 5 as well, he IGNORED our requests, every single time, even on the day of collection, he was rude, could not care less, said he had a present for us... ooo we thought they were two year out of date T-Shirts for their racing yacht attempt, that did not fit, why give me a small when i was clearly (at that time, not now) an X-X-L, i am now an L, BTW, LOL.

In the past they had tried to charge for FREE servicing, two years running, mother in law continues to get harassed with Spam mail after telling them MANY TIMES to stop, at one point we had no option but to email Land Rover themselves, Dr Speth, and his team got issues sorted QUICKLY, TWICE, we would never use MMG ever again, out of FOUR cars bought from them, One MG ZS (original), Jag X-T, Jag XF and Velar, every single one had issues that were washed over by the company.

The MG, that had a dent on the bonnet that they KNEW about, on delivery, and did nothing to sort it out, except on collection, after we mentioned said and i quote "OH YES, we saw that and we can change the bonnet for someone elses"  WHAT, swap my brand new bonnet for someones second hand one from THEIR car, seriously, we said no, and fo rthem to arrange for it to be fixed, it never was.

The X-Type, that had a seat motor explode within 30 minutes of collection, a brand new car, it took them three weeks, and four seat motors to rectify because they continues to order the wrong one.

The Velar, well, thats been the worse, it has a new 3rd screen replace, door handles replaced, steering wheel buttons replaced, corrosion repaired, Seat Motor issues, screen freezing and centre display failing to work, Battery failures, Electric Boot failure, Aircon failure after a service, Airbag failure illumination after updates TWICE, and that is just from memory, there has been others.

SO, MMG, are by far the worst dealership chain we have ever come across, we have had many cars over the years, from many brands and dealership chains, but we have never had treatment like this from any of them, they are awful.

The reason, well, i believe and it is just my opinion, they have become too big, and we all know that big companies have no idea on proper customer service, but when you are spending many tens of thousands of pounds, you expect them to keep to their time scales, be courteous, and just, well, do the job you are paying through the nose at.

We haev learned our lesson, and will never use them again, we have already decided on our next cars, and when they reach the warranty end, then we will dump them, and never go back.

As for that report, thats just a blatent advertising report, yes it was an interview, but seriously, where are the reports from independants that are more at risk, rather than this beamoth of a company, and before anyway says it.

WE AINT THE ONLY ONES, Many other people now refuse point blank to use Marshalls, because of all the points above, and more, I would rather pay a little more now and get better service and aftercare, afterall, you dont want to spend a fortune on something to then spend the next three years arguing the toss, over stuff that should not be an issue.

An electric powersource for

An electric powersource for the little Bug seems wrong. Needs to be have oil bits for me. It's a bit like buying a digital watch instead of an analogue model.

I agree, it would have more

I agree, it would have more appeal with a downscaled engine, and manual box in it, but i understand the original Baby made by Bugatti himself was also electric. Furthermore, if they are for kids, they would never manage to drive a manual. Not to mention how much a real engine would add to the cost.

Having said all that, if you have the space, what a wondeful thing to stick in your living room, as a bit of art, and i suspect they wont lose much money either. They may well turn out to be a good investment.