BACK TO ALL OPINION BLOGS
Currently reading: Opinion: Alfa Romeo can learn from the past
UP NEXT
Matt Prior: Where have all the practical fast cars gone?

Opinion: Alfa Romeo can learn from the past

To learn more about its future, Alfa needs to look back at its heritage
Open gallery
Close

Over the past 15 years, there has been a culling of what used to be called near-premium car brands. Those that used to command a premium position but had faded over the years, with sub-scale sales and non-premium residual values.

Rover went in 2005, Saab went in 2010 and Jaguar is about to be shrunk down to a bespoke super-upmarket EV brand. But the other two brands in that unhappy group, Alfa Romeo and Lancia (currently just a single-model, single-market company), haven’t just survived but have now been given a new lease of life.

That’s all thanks to them becoming part of the Stellantis empire. Alfa Romeo has a solid five-year launch plan in place to make another concerted effort to re-establish itself.

It’s a stoke of luck when the marque sold just 56,000 cars in the fractious year of 2021. Even so, company boss Jean-Philippe Imparato has assured Autocar that “the profit and loss [account] was in the black”. 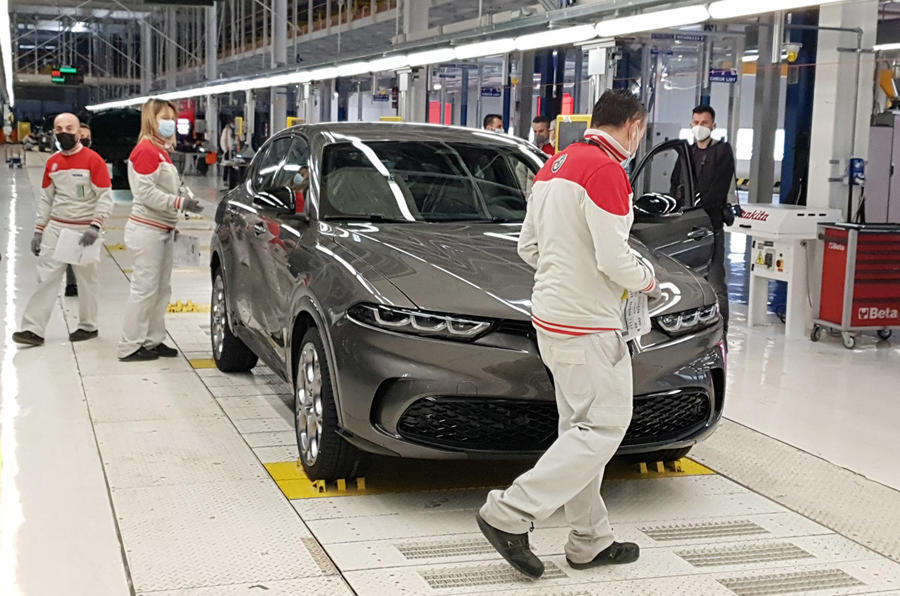 Of course, the industry’s move to building EVs plays in Alfa Romeo’s favour. There’s no doubt that shared EV platforms greatly reduce a maker’s ability to engineer in driving distinction, which is where iconic design becomes so useful.

Being able to drape a corporate EV platform in classic styling is a distinct advantage. That’s why Ford has reinvented the Mustang as an electric car and models such as the Renault 5 are being reborn as EVs. Indeed, Stellantis is also set to revive the Opel Manta and Lancia Delta names for new EVs.

Alfa Romeo’s character and history are major assets when the rest of the decade will be about making EVs interesting. Previously, it was supposed to be about driving pleasure, which brought the brand a world of pain over the past 20 years as it struggled to find platforms that could live up to the promise. And when the investment was finally made in the excellent Giorgio rear-drive architecture, its cars remained sub-scale.

Imparato’s plan to make Alfa Romeo’s ICE cars of the highest static quality and its EVs of the greatest character is perhaps the most intelligent yet.

Do you know more about the future plan for Jaguar than Autocar is letting on?

WallMeerkat 3 May 2022
Saab had a sugar daddy in GM, but sadly didn't work out, especially as they insisted on re-engineering everything. VW shows how platform sharing can work well.
Paul Dalgarno 3 May 2022

Saab was very unlucky to end up with GM as owners. Cruddy platforms, total lack of investment, just a pitiful car company run by accountants, and run badly for so long. Destroyed the essence of Saab completely. Volvo gone from strength to strength with Geely as converse.

Rover, BL basket case, did well to survive by partnering Honda, then BMW took them down the retro route disasterously.

Lancia wasted by Fiat. All that Kudos in rallying in 1980s wasted.

Jaguar went retro, then bland, and persevered with saloons which are dying out. Germans had market sown up. Actually think new plan of lower volume and special EVs is a great business case. Jaguar means nothing to the new generation of teenagers, so carrying on same isn't an option. Sad that a lot of jobs will clearly have to go.

Stellantis have somehow revived the financials of Opel/Vauxhall very quickly. Maybe they'll do a good job of Alfa finally.

manicm 3 May 2022
Saab did not have a sugar daddy but instead was adopted by a stinking, selfish, stingy stepfather who did not know how to raise or nurture.

Just as Ford did with every other brand brought under its wing.

Lol. How many Saabs have you owned? we had a 9000 Turbo, I also worked for a dealer when I was younger so have driven plenty of 9-3s.  Ordinary at best, absolute rubbish at worst (Dad sold his 9000 after it destroyed three very expensive automatic gearboxes). Based on my experiences, they didn't deserve to survive. The Japanese brands ate them alive.