So you sit inside a Qashqai and they give you a standard-looking PlayStation controller. Which is odd but that, really, is as normal as it gets when driving the GT-R/C.

Once somebody has started the GT-R/C’s engine, you hold down a trigger lever on the controller, which pulls on the brakes, then press a central ‘PS’ button to prime the system. Then (it’s all a bit like pushing a certain sequence of buttons to unlocking a special power or something, this) you have to push up, down, then up again on the keypad to ensure the GT-R is ready. A man in the back seat, who has quite a lot of equipment to hand, tells you whether it is. I’m quite glad he’s there. 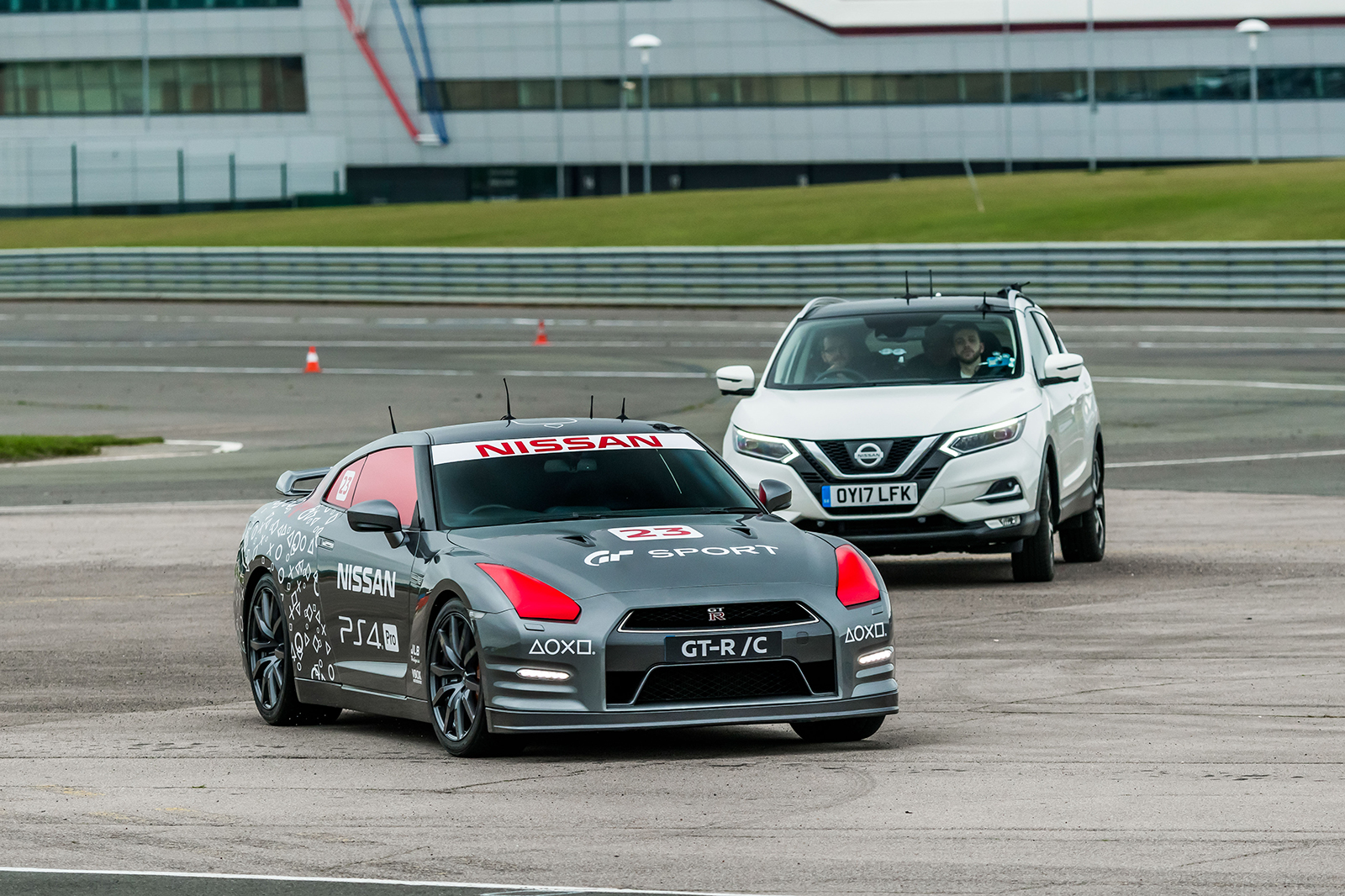 And then you’re off. Release that left-hand trigger and you release the brake and, because the GT-R creeps on idle, so does this car. There’s a right finger trigger for the accelerator and – oh hello, crikey. Yes, the GT-R/C has the same power output as the regular car. So it’s, er, quite brisk.

Steering is by one of the control levers, the one that sits under your left thumb. The system can be configured to give as much or as little lock on full thumb flick as you like, up to the full lock of the car. It’s knocked back a bit today, at Silverstone’s Stowe circuit, but is still pretty responsive. All of the controls are progressive – the more you push, pull or flick them, the more happens.

Apparently, the effective radio range is up to 1km but, so you don’t have two tonnes of 542bhp supercar travelling quite quickly out of your sight, or with controls ‘reversed’ because it’s heading towards you, the Qashqai I’m in is being driven around after it, as if you're a chase cam. 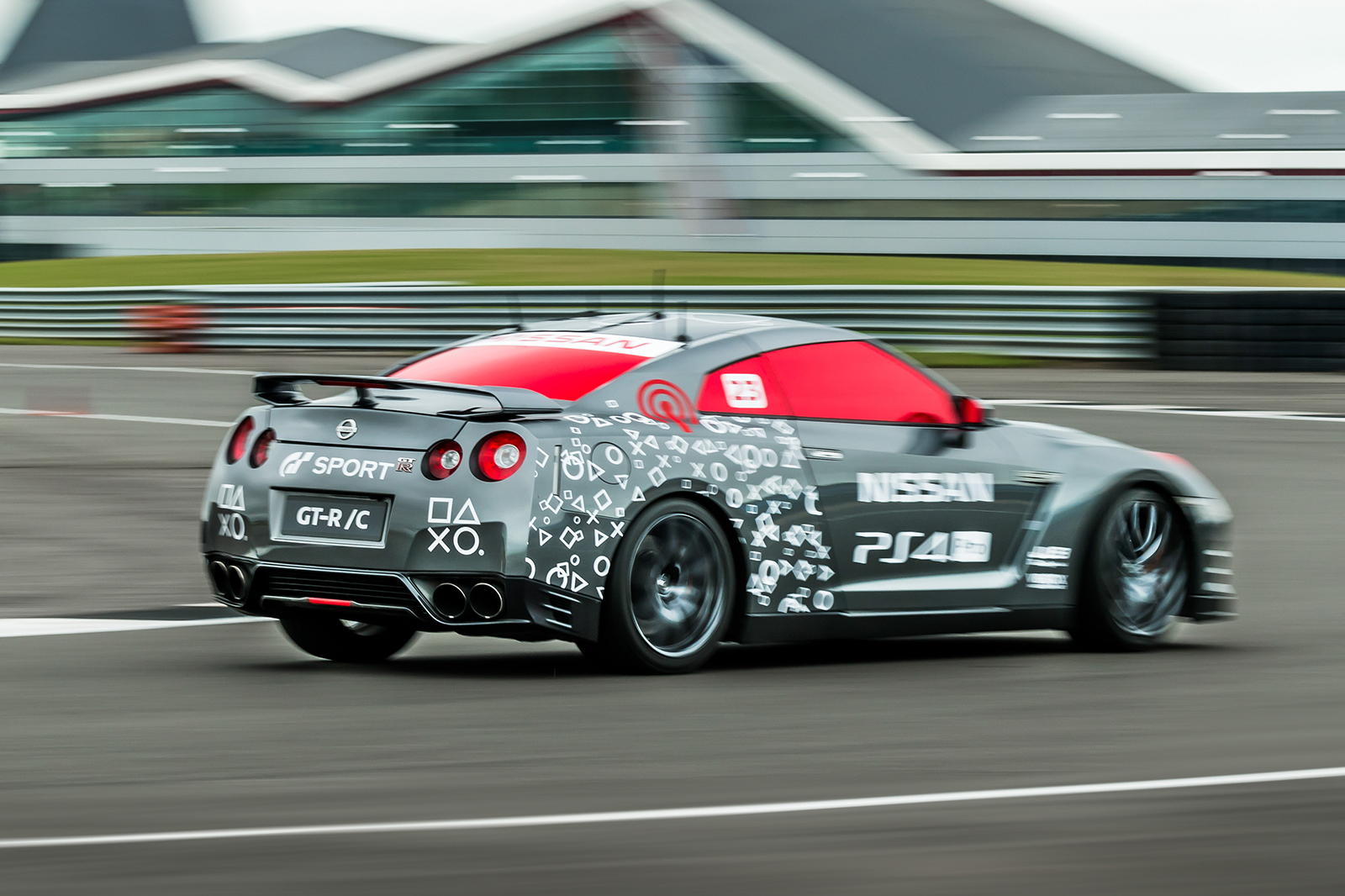 This is meant to make life easier, and it probably does, because the GT-R/C is so responsive. Only that this is where things get rather odd, because you’re moving too, and not in a fashion that replicates the moves you make on the controller. And if it’s raining or there’s an A-pillar in the way, you can’t see the GT-R/C very well either, so you could bin it very easily.

It’s okay, reader, I don’t. However, I do get it up to 23mph and that feels for all the world like I’m flying a Tornado GR4 through a Welsh valley. I literally cannot comprehend the skill required to drive it at 130mph while sitting in a helicopter that can’t really keep up with the car, yet that's exactly what GT Academy winner and Nismo factory driver Jann Mardenborough just did. Racing drivers, eh?