BACK TO ALL OPINION BLOGS
Currently reading: Could the BMW iX could become a future design icon?
UP NEXT
Opinion: Mercedes EVs will get you home on the range

Could the BMW iX could become a future design icon?

History looks kindly on cars that do things differently, so don't judge this controversially styled SUV too soon
Close

At time of writing, the production-spec BMW iX has been with us a grand total of 180 minutes, and the tidal wave of scathing criticism emanating from all corners of the internet is a pretty good indication of its standing in the eyes of enthusiasts.

BMW clearly saw this coming. The firm's official Twitter account has been quick to respond to some of the harsher critiques with (now well-rehearsed) defences of its increasingly polarising modern design language.

"Aesthetics are often a matter of maturity," it tweeted in response to one of the more profane condemnations. "Bold ideas require bold designs," it told another member of the pitchfork brigade.

What we're hearing is nothing new. Munich made its bed with the unveiling of the nostril-heavy X7 SUV in 2018 - and subsequently the similarly schnozzy 7 Series - and has at all times stood fiercely beside its controversial creations.

Take the latest 4 Series. Even though we had plenty of time to get used to its controversially shaped visage (the Concept 4 Series made its debut in September 2019), the shock felt across the motoring sphere when Domagoj Dukec's production design broke cover could have been measured on the Richter scale.

Dukec himself told Autocar that the twin-kidney grille is "the most prominent design icon" in BMW's styling arsenal and added that each of the firm's models should make "a strong statement". So it is perhaps only natural that the front air intake should form a fundamental part of that design evolution.

On the iX, of course, it is not an air intake. It's a mounting point for an array of cameras, radars and sensors, so some may argue that BMW could have saved face by not opting to include the snout at all. But to go with a flat face à la Tesla Model 3 and Porsche Taycan would have been to admit defeat.

BMW's steadfast commitment to a design element it knows can work should be applauded, rather than admonished, on one hand because it's a rare show of stylistic autonomy in an automotive landscape many see as blighted by ubiquity, and on the other because it's behaviour like this that will give us our most treasured automotive icons in the years to come.

Look at the Alfa Romeo SZ, for example. Stunning, no? Well, that's up for debate maybe, but you can't argue its uniqueness. It looks nothing like any car Turin was producing at the time, granted, but you'll pay £50,000 for one today, compared with about £4500 for a comparatively uninspiring (and not much more common) 33 or 75. 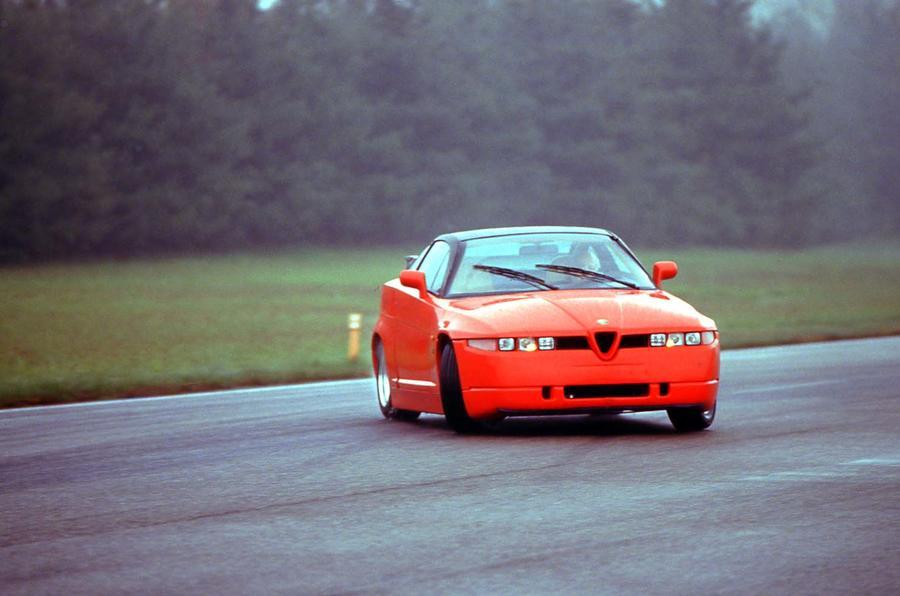 On a more accessible level, there are cars like the Volkswagen Corrado, first-gen Land Rover Freelander and Audi A2. Each attracted ire at launch for going against the grain of their manufacturers' contemporary line-ups, but are now celebrated for their quirkiness and unique design.

Can we really compare this 2.5-tonne electric BMW SUV to a 1990s Volkswagen sports coupé? Maybe not now, but in 20 years, it's bound to be upheld in the same manner - as a car that forged its own path and set the tone for the years to come.

Perhaps the iX's cool reception can be attributed to what it represents. It is, after all, a luxury SUV, and an electric one at that - not car categories universally adored by car enthusiasts. But without falling back on the 'judging a book' adage, let's allow the dust to settle, at least, before consigning it to the 'bad ideas' pile.

Not buying it BMW

Felix, you may think this is cutting edge design when everyone else can see it is hideous. I have driven BMW's for 25 years and currently own a 4 series GC. I bought it, with my own money not on a lease, partly because I loved the classic lines and tastefully applied BMW grille. This may well be the last BMW I own if they don't reverse these disastrous design decisions. I'm speaking as someone that loves the i8 (not i3!!) so happy to buy something cutting edge but will never buy something this ugly.

This car could be anything,

This car could be anything, it most looks like a facelifted and renamed version of a car that is trying to desperately not look like something it was in the past from a failing company except there was no previous model. It has just ended up looking awkward and unoriginal. Such cars in the past were the Morris Ital and the Alfa 75.

BTW are you meant to say BMW 9?