BACK TO ALL OPINION BLOGS
Currently reading: A close-up look at the Aston Martin DBX
UP NEXT
Could used be better than new for KTM’s freak four-wheeler?

A close-up look at the Aston Martin DBX

Scrutinising the new Aston Martin DBX under its silk cover, I try to discern details of the imposing shape sitting next to the cutaway of a low and sleek 602bhp Rapide E.

The backdrop is a glass curtain wall at Aston’s new St Athan factory where pilot production of DBX kicks off in spring next year. 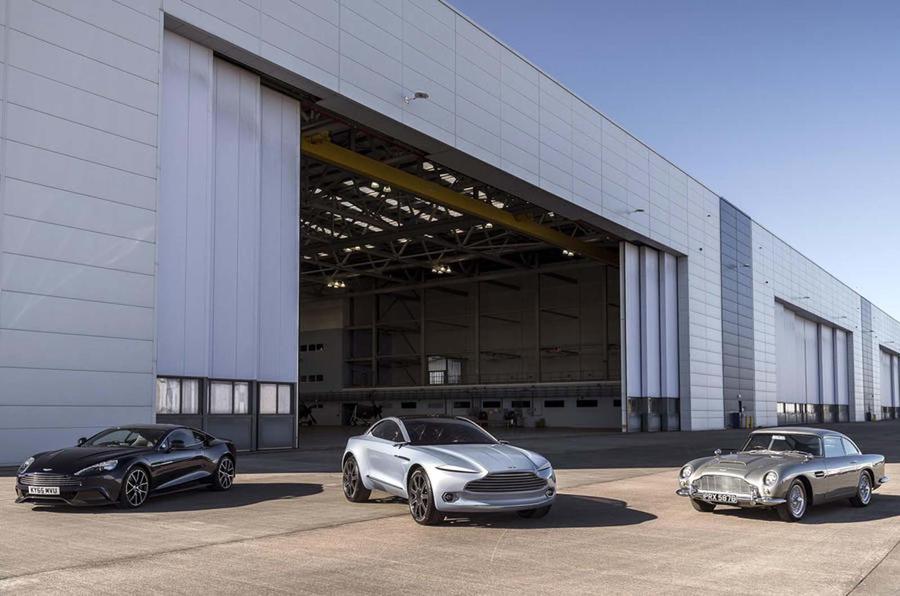 As the silk is drawn off by two Aston PR staffers my first impression is of an SUV with a very curvaceous body – seemingly every panel has a sinuous curve — while the proportion is long and relatively low for a car with a raised driving position.

Similarly the bonnet, which leaves the clear impression of room for an Aston V8 or V12. 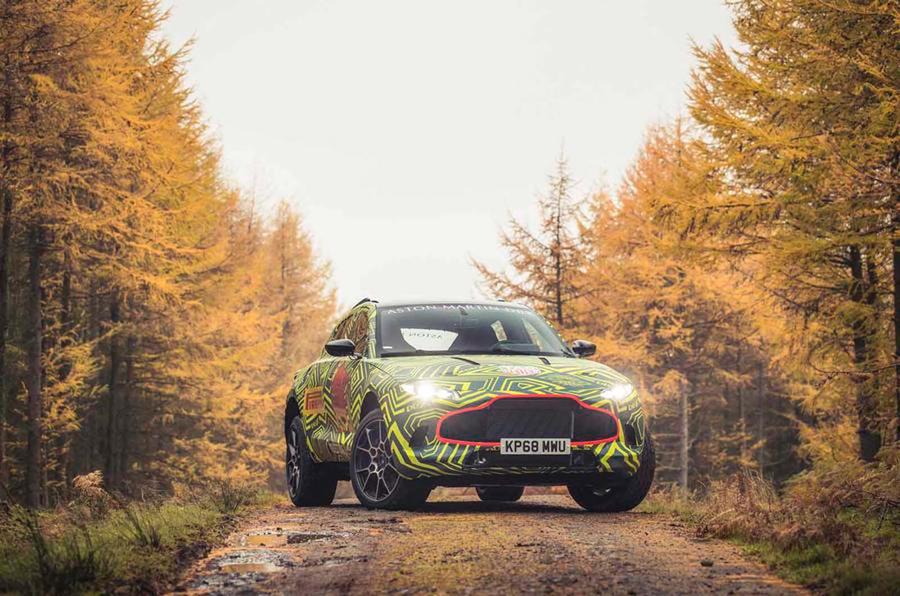 There is also a steeply-raked rear hatch with a relatively narrow rear glass and topped by a hefty spoiler.

At hand as a guide was Andy Haslam, DBX project manager, who cautioned that the body sculpting is not the final ‘Class A’ skin – a reference to the production body panels stamped from the final press tooling.

But he also revealed that this prototype, part of a small fleet of hand-built cars that will ratchet up millions of test miles has to be largely representative to make that work worthwhile.

I warm to the look and am not shocked that in front of me is a large, tall five-door car with an Aston badge – that moment came through years ago at Geneva when the three-door DBX concept was unveiled. 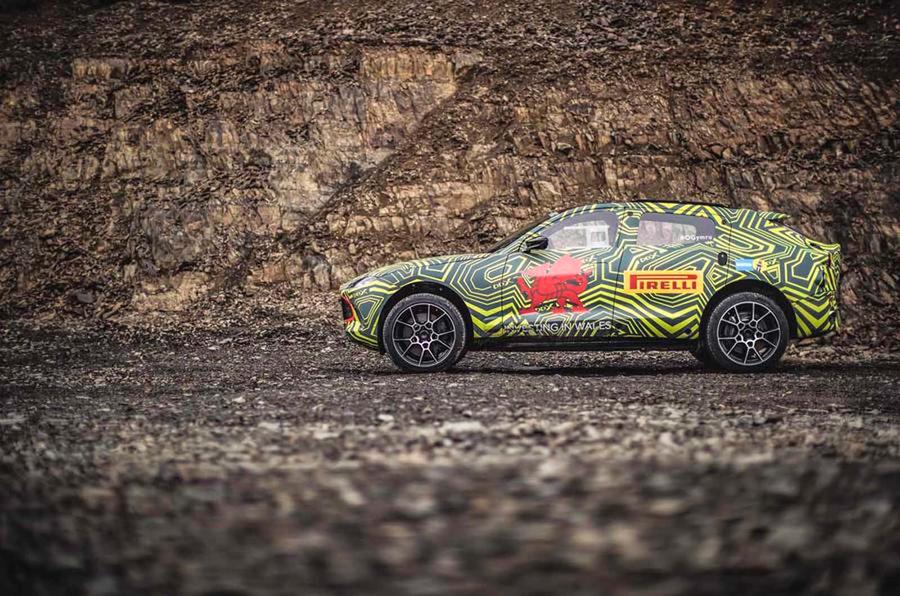 Another feature of the DBX catches my eye. The ‘catwalk’, or the body styling line that runs the length of the bodyside, is very pronounced and twists as its flows towards the hatchback rear. If this shape is representative of the production styling, the DBX will look very handsome from the front three-quarter.

The bodyside is also remarkably ‘waisted’ in the lower section of the doors. This is a favourite styling feature of Aston chief designer Marek Reichman. His sports cars, most notably the One-77, feature a cabin considerably narrower than the front and rear axles, creating a ‘waist’ in the centre section of the car. 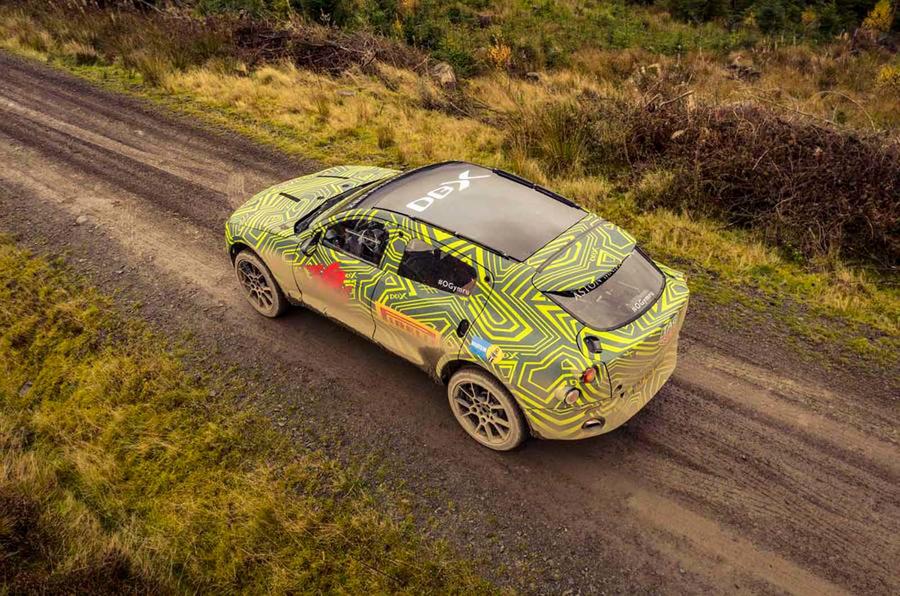 In a more practical car like an SUV, this feature can’t be fully deployed, so instead Aston has drawn in the body skin in the lower area of the doors. From some viewing angles it’s a very distinctive styling feature.

Judging the size of the DBX is tricky— it looks more than 5m long – but guidance from Aston suggests ‘Cayenne’ size, which would place it closer to 4.8m. Maybe the DBX’s roofline is significantly lower, emphasising the length?

I also take a sneak peak inside the DBX cabin, which is kitted out with a basic interior and a rear-seat bench fashioned from plywood. My guess is that the rear will be no more than a two-seater, also a function of the distinct narrowing of the body around the rear hatch. 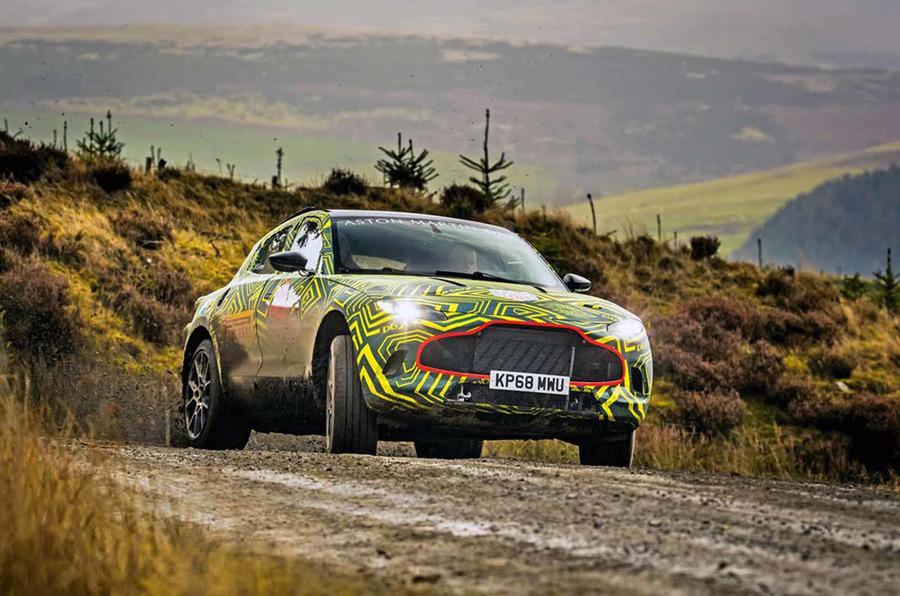 As soon as it starts, our 10-minute session with the DBX is over. The silk is smartly dragged back over Aston’s first ever SUV and I’m left reflecting on its handsome curves, that first impressions suggest has moved the dial in a welcome sporty direction for luxury SUVs. And it is definitely sleeker, more compact and prettier than the palace-proportioned Rolls-Royce Cullinan.

No. The Aston badge and

No. The Aston badge and grille should not be on an SUV. Yes, I'm a purist. Yes, I understand the business case. But here's the thing: Aston had the PERFECT opportunity to leave the Aston Martin name unsullied by an SUV, while still getting into the SUV business -- LAGONDA. They're bringing that name back anyway, and Lagonda can carry an SUV far more appropriately than Aston can. Lagonda would be sedans and SUVs, Aston Martin would remain sports cars, GTs and supercars.  This thing could've, and should've, played an intrumental role in the revival of Lagonda. Instead, it's a stain on Aston Martin.

They had a change of heart

They had a change of heart and decided Lagonda should be an all electric brand. From a business point of view this is understandable. Doesn’t change the fact that all these SUVs are pretty stupid things. I agree that the concept of an Aston Martin as a high rise hatchback is pretty hard to take.