BACK TO ALL OPINION BLOGS
Currently reading: Bowler's super-Defender will be Hyde with some Jekyll
UP NEXT
Matt Prior: Will EVs bring a return to the streamliner age?

Bowler's super-Defender will be Hyde with some Jekyll

You may have read that Bowler, now operating under the auspices of Jaguar Land Rover but with what appears to be an unusual degree of freedom (both financial and of thought), is going to deliver the 'CSP 575'.

In essence, it'll be a sanitsed rally-raid car under the officially licenced skin of the old Defender 110. And, really, don't be fooled by the looks of thing when it does finally step into the light. If ye olde Land Rover ladder frame is so agricultural as to feel outright nostalgic, then Bowler’s proprietary CSP chassis is the off-road equivalent of a Le Mans Prototype carbonfibre tub.

Two years ago, I drove a CSP-based Bowler Bulldog fitted with Jaguar Land Rover’s 5.0-litre V8 and ZF gearbox, and that was very much an early prototype for the upcoming CSP 575. Bowler was taciturn about the prospects of such a model at the time because, as is now clear, talks with JLR were ongoing and negotiations concerning rights and acquisitions are often fragile.

The plan, as it was then, was to marry Jag's mighty powertrain with Bowler's rally-raid chassis and spruce up the interior of the racecar to an appreciable degree. Cleanse the cabin of the smell of high-octane race-fuel; dial back the flocking; perhaps lose the six-point harnesses; tidy up the purely functional switchgear; swap out the Perspex windows. And so on.

Everybody was excited by the idea, and so it's genuinely lovely that this is exactly what will now happen. 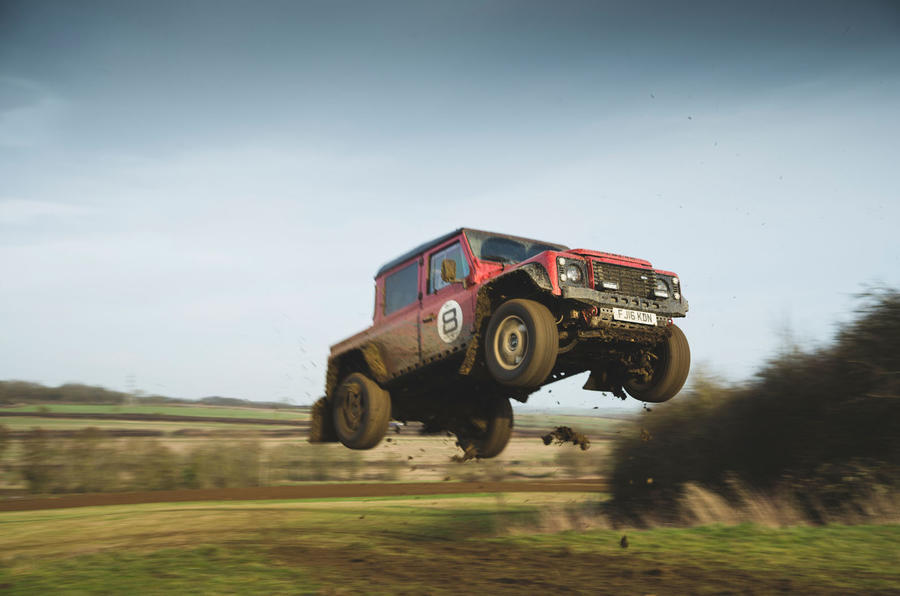 What made the prototype completely outrageous in the context of the Defender-shaped body was its unholy combination of wheel travel, balance and suspension control. Honestly, it had arachnid levels of dexterity.

And so much power. Almost 600bhp. The 'car' covered rutted fields at close-to-triple-figure speeds with almost total composure yet was then accurate enough to be driven with commitment on the road. Bowler, of course, understands the need for consistent steering as well as it does the need for suspension that can be completely reassembled overnight by two technicians in the Moroccan desert.

The final CSP 575 will not be cheap – certainly no less than £200,000 – but with these guys you know what the margins are not vast and that the reason the car is so expensive is because the engineering is expensive.

Make no mistake: when the CSP 575 eventually arrives, it will have proper rally-raid ability, but it will be usable, too.