BACK TO ALL OPINION BLOGS
Currently reading: Why the GP Ice Race is motorsport at its oddest
UP NEXT
Opinion: Virtual Porsche concept gives real cause for excitement

Why the GP Ice Race is motorsport at its oddest

Things you don’t see very often: a Formula E electric single-seater fitted with studded tyres, lapping a floodlit temporary ice track on a frozen airfield in Austria – while towing a skier. And yet, somehow, that might not be the oddest thing seen at the GP Ice Race event.

There was also a Porsche Taycan lapping the temporary track in Zell am See at the same time as a historic Porsche 911 rally car which, for reasons unclear, had a surfboard strapped to its roof rack.

You could also watch Hans Stuck performing demonstration runs in the Jagermeister-liveried March-Cosworth 741 he made his Grand Prix debut in at Monaco in 1974, fitted with twin studded tyres on the rear axle to offer a modicum of grip. 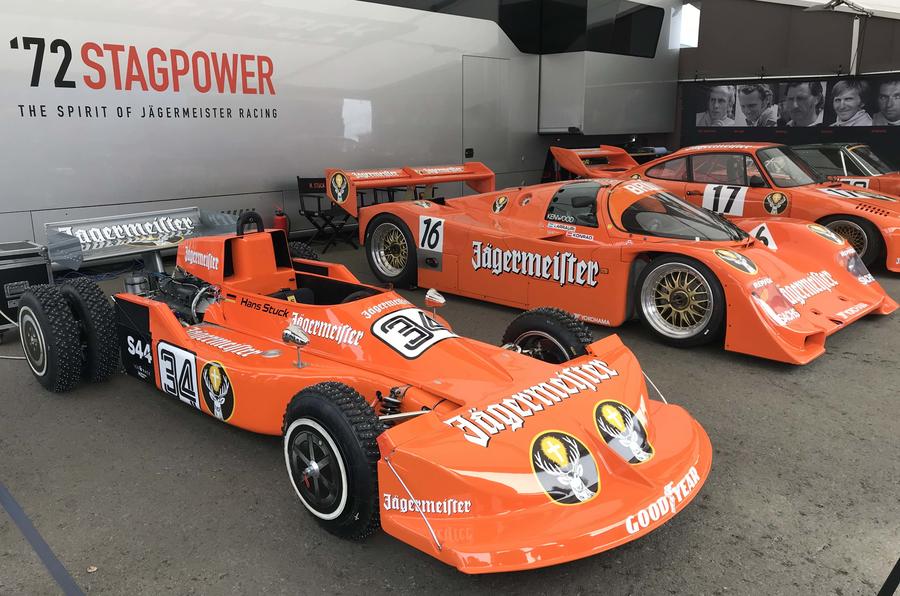 There was also the chance to watch the 2012 Dakar Rally-winning Mini All4 Racing, a car built for competition in arid deserts, in action in the middle of the Austrian Alps. The Mini was in good company, with a number of historic machines with rally raid-provenance competing.

And we haven’t even mentioned the classic Saabs, Volvos and Volkswagen Beetles. Or the forward-looking Volkswagen Golf eR1 electric racer. Or the historic Chevrolet Corvette. Or the one-off Bentley Continental GT W12, complete with skis on the roof. Or the motorbike sidecars, competition buggies, ice karts or the NASCAR stock car. 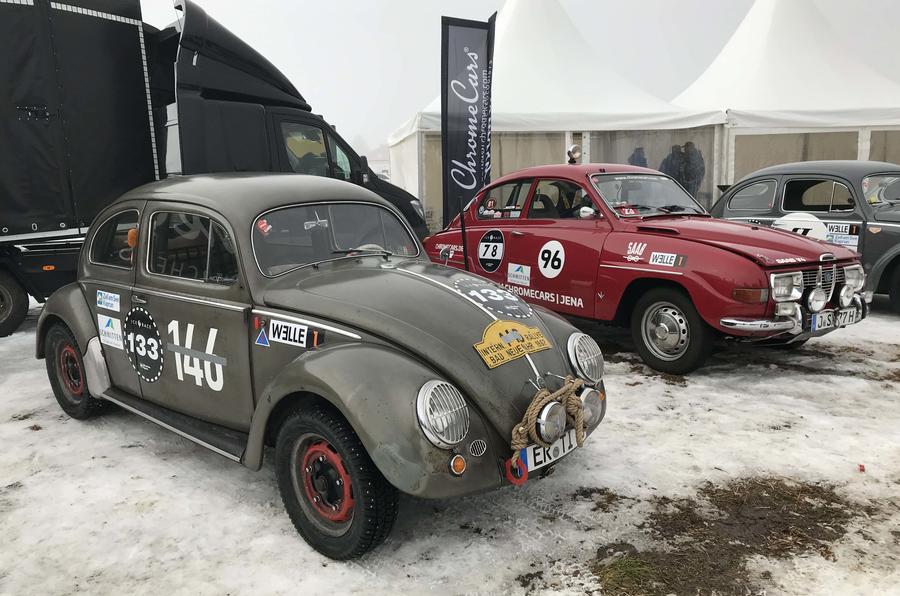 That multitude of bizarre sights were all part of the 2020 GP Ice Race at Zell am See. The event was first held last year, and serves as a sort icy Austrian Goodwood Festival of Speed, albeit on a far smaller scale. And, obviously for an event on an airfield, on a flat course rather than a hillclimb (although the Alps served as a stunning backdrop).

The GP Ice Race’s oddball nature is probably explained by its historic roots in the sport of skijoring. Translating as ‘ski driving’, skijoring is a winter sport in which a skier is towed, usually by a horse, dog or – in this case – motor vehicle.

A motorbike skijoring event was first held on a frozen lake in Zell am See in 1938, with cars added to the bill in 1952. It grew from there, moving to the airfield in 1969 before dropping off the calendar in 1974 after having to be cancelled several times due to weather.

That was until it was revived last year as the GP Ice Race, with skijoring remaining a key part. Cars towing skiers included the Formula E car, and Audi DTM car, old and new Porsche 911s and a historic Volvo 1800. 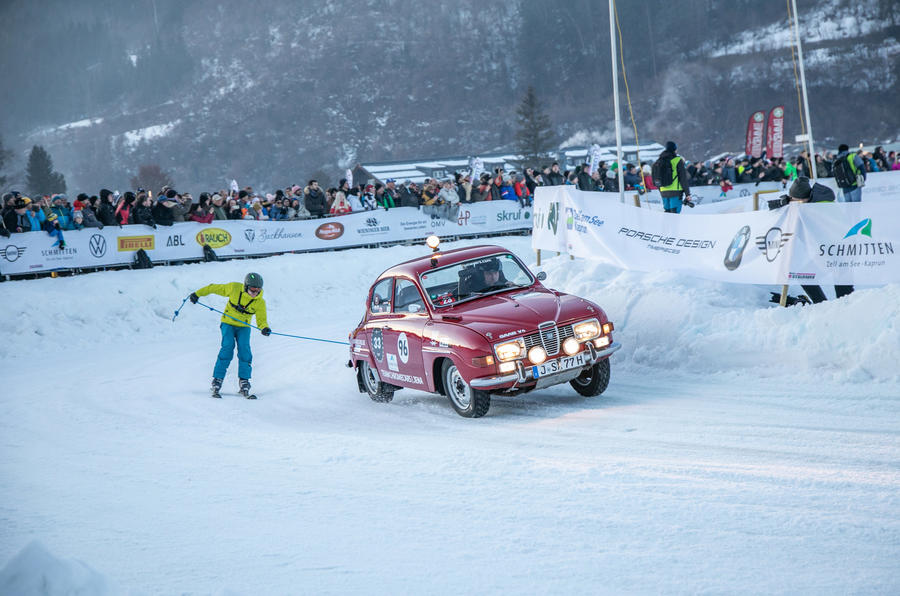 Alongside the skijoring – surely due a full championship? – there were timed sprints and even four-car head-to-head races. Ultimately, it was an endearingly, wonderfully haphazard and odd event.

Not everything ran entirely smoothly: adverse weather conditions meant the course quickly became cut up and rutted, making it a major struggle for many of the cars. And the short circuit was hardly the most inspired in the world.

Despite that, the GP Ice Race feels like the sort of event you'll hear a lot more about in years to come: it’s a truly unique celebration of motorsport, bringing together an amazingly diverse range of cars in an unusual location.

In an age when motorsport is often criticised for being too predictable – and even many showcase events often just bring you more of the same – the GP Ice Race showed the importance of being distinct and different. Every major event should offer at least one thing you won't see anywhere else: the GP Ice Race had too many to mention. Let's hope it can stay that way in the future.

Theses sports aren't that off the scale, not any less more entertaining than some of the mainstream car racing.