BACK TO ALL OPINION BLOGS
Currently reading: Racing lines: How to survive the Nurburgring 24 Hours
UP NEXT
Opinion: Why the Gordon Murray T50 could be a daily driver

Racing lines: How to survive the Nurburgring 24 Hours

From Le Mans focus switches straight to the Nürburgring this weekend for the second of Europe’s ‘Big three’ 24-hour races, the other being at Spa later in the summer. The fearsome twists and undulations of the 12.17-mile Nordschleife contrasts starkly to the flat-out blasts and sweeps of the 8.4-mile Circuit de la Sarthe. Each has its own demands.

Peter Dumbreck knows a thing or two about both. Twenty years ago, the Scot survived one of Le Mans’ most infamous accidents when his Mercedes-Benz CLR took off and flipped over the barriers. He returned and finished third in GTE with Aston Martin in 2013, but it is the Nordschleife with which he is now more synonymous.

Following his first Nürburgring 24 Hours in 2003, Dumbreck has only missed one since and is a renowned circuit specialist, who until a couple of weeks ago held the electric car lap record in the Nio EP9. Since 2007 he has raced for Falken Tyres, for whom he also races in the VLN, the series dedicated solely to the Nordschleife. “I don’t know how many laps I’ve done around there, but it’s well in the thousands,” says Peter. 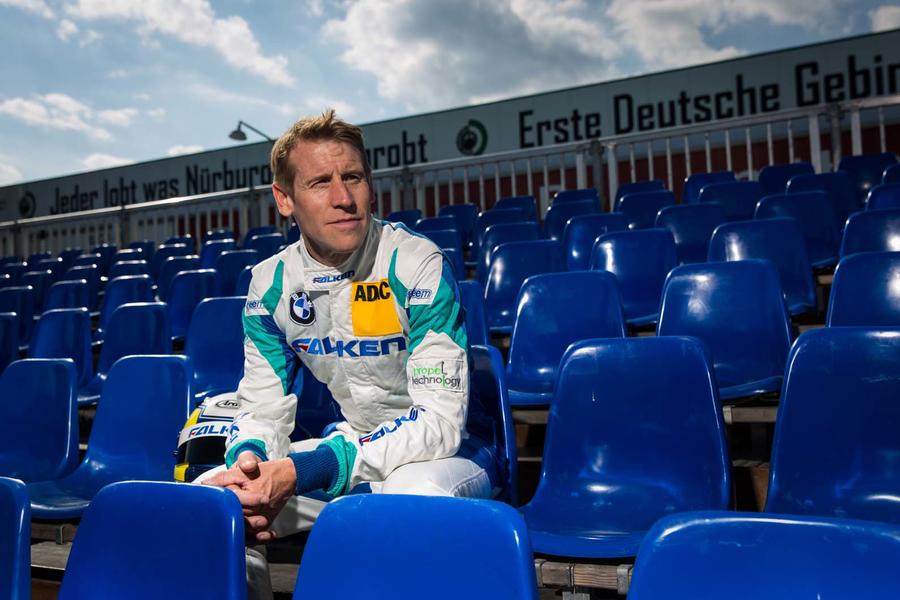 So what’s it like having the Nürburgring as your local circuit? “Strange,” he admits. “It’s one of a kind. It’s hard to compare to Le Mans or anywhere else. I haven’t driven Bathurst, but I think it’s the most challenging circuit in the world.”

Famously dubbed ‘The Green Hell’ by Jackie Stewart, the Nordschleife is tough enough without the high volume of race traffic Dumbreck and his rivals live with. “The cars are getting quicker, the speed differences between the slowest and us in the fastest GT3s are extreme, and accidents happen,” Peter says. “In the VLN you’re looking at 200 cars, and in the 24 Hours 130-150. You rarely get a clean lap.”

Like the Indianapolis 500, the Nürburgring has its own rookie orientation before drivers can race in the 24 Hours. “It doesn’t matter who you are,” Peter explains. “You could be Lewis Hamilton, you still need a permit and do two VLN races in a lower powered car to be assessed. That’s good, but they don’t differentiate who can apply. 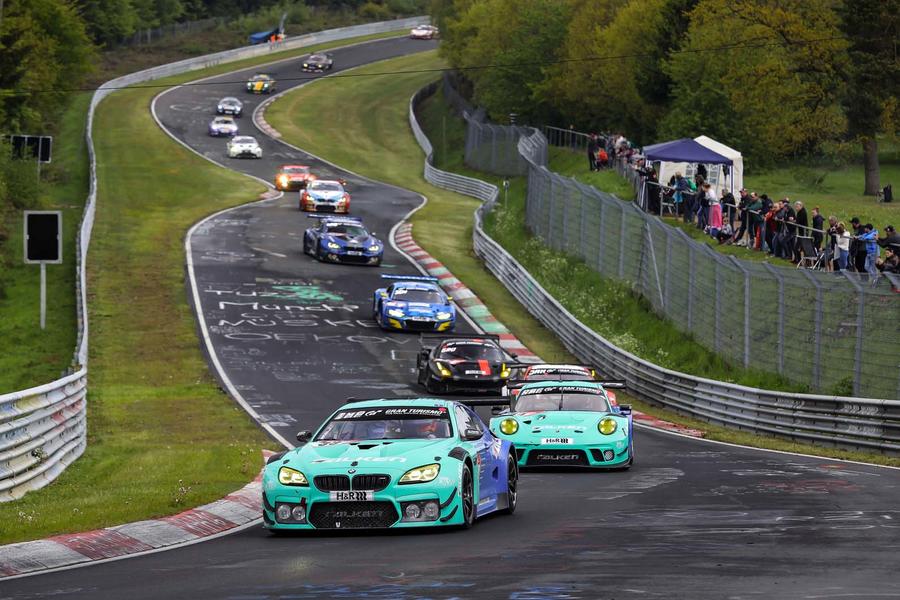 “Joe Bloggs has done well at work and wants to go and race. He only wants to drive the Nürburgring, he’s never driven anywhere else and he’s let loose. I wonder why he wants to be around us. Why would you want to put yourself in that situation where you have a line of GT3 cars coming at double your speed? Terrifying.”

For specialists such as Dumbreck, circuit knowledge isn’t a problem, but he is vigilant against complacency. “You can know every inch and every bump, and I do,” he says. “But the variable you can’t know is the weather, which can change around the circuit on a single lap. Then you can come round a corner and be on a trail of oil. You look up and see a flag, but it’s too late and you’re in the wall. I’ve had that before.

“In the cockpit, it’s busy! But like anything in life, the more you do it the easier it becomes. Go and stick your road car at 100mph (on the autobahn of course…) and in the beginning it feels fast, but after a while it doesn’t. Bring your car down to 70mph and you feel like you are creeping along. It’s that perception. Once you get used to it and know what to expect and get into a rhythm, time does slow down. 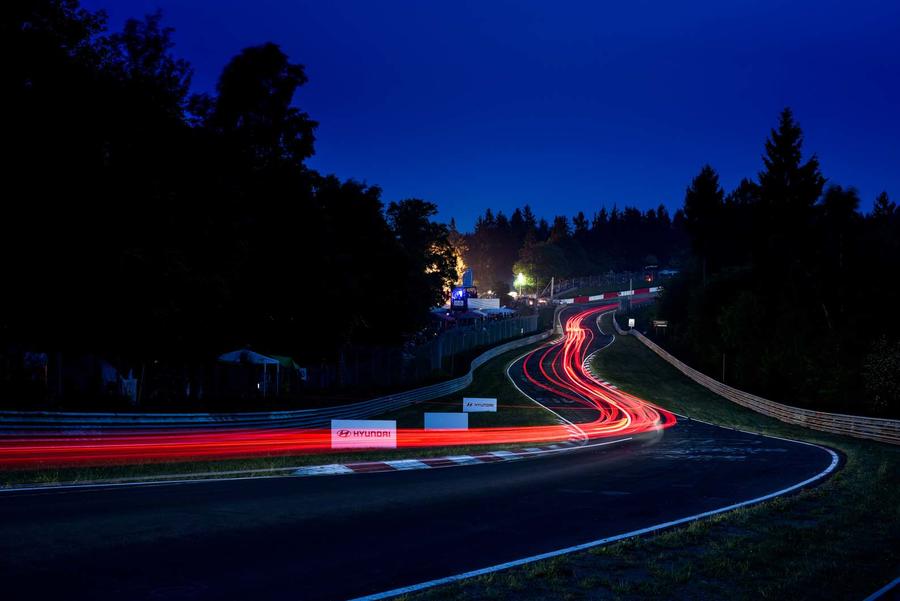 “But you also have to be careful not to lapse and think this is all going well. You have all kinds of thoughts in the car and you have to keep your mind on the job, because all of a sudden it can bite you. Modern-day circuits, you’ve got run-off and can make a mistake. But there, one mistake and the tendency is you’re going into the wall. At best you’ve got a few feet of grass until you hit something…”

When Dumbreck first raced in the Nürburgring 24 Hours, in an Opel DTM car, it was very much the ‘forgotten classic’ of long-distance racing, little more than a glorified club race. That has changed dramatically in the past 15 years thanks largely to the growth of GT3. Bragging rights, particularly among the premium German brands, is now a powerful incentive.

Driving for a tyre brand like Falken offers its own challenges. “There are pluses and minuses,” he says. “The big plus is that you want to drive for a manufacturer, either of cars or tyres, because that’s how you make a living. With a tyre make, you have the benefit of having brand new tyres being thrown at you all the time, but it can maybe detract from the car set-up.

“Our team is focused on constantly improving the tyres. Go to series such as British GT, ADAC GT, Blancpain GT and everyone is on a spec tyre. You don’t have any choice. The VLN is one of the few places left where the tyres are open, and you have seven or eight tyre manufacturers supplying the grid. It means we have a tyre war going on, so we drive on confidential tyres offering much more grip. It’s cool to be involved in that because your lap times are quicker and that means it’s more fun to drive.”

Come Saturday, Falken’s BMW M6 GT3 will once again dive into The Green Hell. As Dumbreck knows only too well, anything can happen – and probably will.

Analysis: Why 1999 was Mercedes' last year at Le Mans​

Thanks to awful driving aids.

Thanks to awful driving aids.