BACK TO ALL OPINION BLOGS
Currently reading: Mazda MX-5 - just another motoring journalist praising it
UP NEXT
Could used be better than new for KTM’s freak four-wheeler?

Picture the scene. I’m flat out and heading towards the start line at Oulton Park, powering over the crest of Deer Leap in hot pursuit of a Ginetta G40 racing car. My car’s on semi-slicks and it’s just starting to drizzle, but I’ve seen red and I want to catch the car in front.

The G40 brakes hard before turning into Old Hall, I do the same and the car reacts in that lovely way balanced cars do when they rotate around their centre. It feels like it’s up on its toes and we’re travelling at a fair rate of knots, so my hands are constantly working the wheel.

Ahead, the G40’s eked out a slight gap so I push the 2.0-litre four-pot up front hard as we charge down The Avenue, but I have to have a small lift at Denton’s because I don’t fancy losing it at 100mph. The car feels alive underneath me and I’m constantly juggling throttle and brake as it rumbles over the bumps. Alright, the G40’s edging away, but I don’t care - this feels bloody fast. 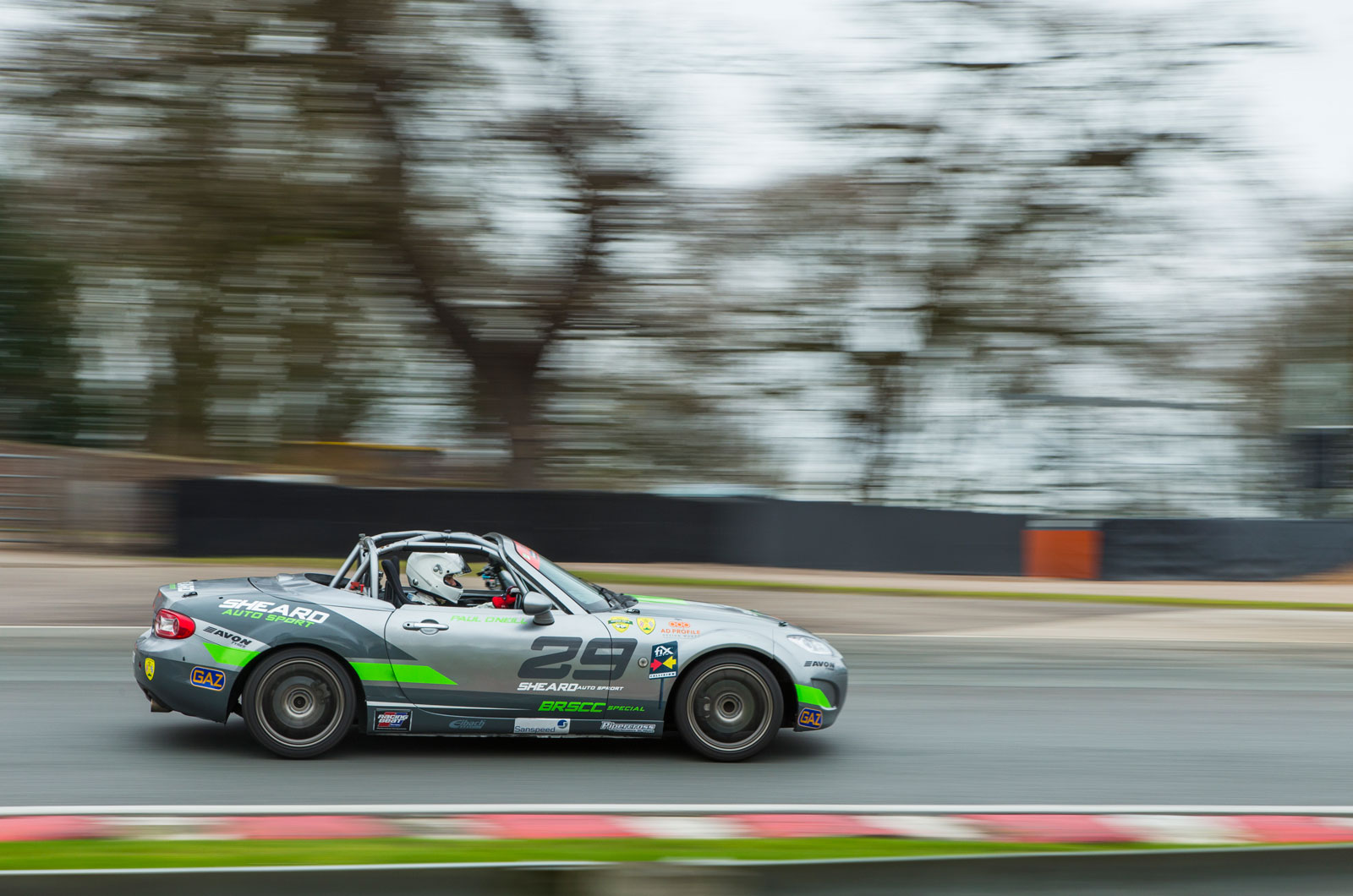 The car I’m driving is a humble Mazda MX-5. It’s an MX-5 Supercup, to be exact, which means it’s got fancy racing suspension, been stripped and is ready to bang bumpers with about 35 other MX-5s. But essentially it’s a near-out-of-the-box MX-5 on a racing track doing its best to cling onto a proper racing car.

That sums up the MX-5 perfectly. Especially later versions, like this Mk3 I’m driving. With minimal modifications, it has been transformed from a capable road machine into an energetic track car. It’s so fun to drive that this very car is often raced by Paul O’Neill, who you may know from his time in the British Touring Car Championship (BTCC).

“I should have better things to do on a Sunday than race MX-5s,” he said to me earlier in the day. “But the MX-5’s just so much fun to drive. You really have to work it to go fast.”

O’Neill’s right. It’s why I’m out here charging around Oulton in what’s quickly becoming heavy rain, risking my neck because I quite like dancing a rear-wheel drive sports car around the fast double right of Druids even though the grass on the outside is wet and the wall beside it ominously close.

This is a big moment for me. I was one of those ill-informed teenagers shouting "hairdresser!" at MX-5 owners back in the 2000s, but now I realise it’s an age-old joke that’s all but lost momentum. More evidence comes with my colleagues, who recently ran a Mk4 on the Autocar fleet that I failed to get a stint in, purely because it was being hogged by my seniors as it was so much fun.

So it’s taken a track stint in an MX-5 Supercup race car for me to get my first proper taste of fast paced MX-5 driving. The results see me browsing the classifieds and doing some man maths later that night...

Life with a used Renaultsport Clio 182

But you get to play with one in a track

13 March 2017
Very very few people will ever get to drive an mx5 on a smooth track. Most of us will try to drive one on a typical British road full of bumps and sleeping policemen and potholes. We'll either decide that the test drive was enough torture thanks, or (if we didn't have a test drive) suffer from buyers remorse. Luckily my wife was in the first of those categories, as my back and coccyx couldn't have coped with longer than the test drive.

13 March 2017
I recently bought a 1.5 MX-5 having also tested the 2.0 model with the uprated suspension, which I did find a bit firmer than I wanted. I've traded down from a 981 Boxster S in an attempt to keep my license. Over the course of a weekend I've just done 600 miles in the MX-5 1.5 on a mixture of roads. It is an utter joy to drive (although not without minor flaws: slightly numb steering around the straight ahead and slightly roly-poly cornering). As a way to enjoy fully engaged driving, in the real world, its hard to see what could be more fun.

14 March 2017
This is where Mazda have lost it or changed direction. The ND just isn't. The MX5 community wave in the passing, ND drivers in my experience give lesser - aka - earlier models dirty looks. The MX5 has lost it. I've driven every mark and the ND is like driving any eurobox. It lacks connection with the road and feels like driving any load shifting Ford and yes that could be Ka (a bastardisation of Car I assume -Ka - Car the way we used to speak pre-eastedess) through to Transit, yup, driven them all 60's onwards. The ND just seems flat- perhaps pop a set of crossplies on to ring back feel and feedback? Just some musings, no more, no less.

14 March 2017
Yeah, heard it all before. I run a self installed BBR supercharged 2011 model complete with BBR suspension kit. It puts out in excess of 260bhp and is as tame as my Fiesta 1.4 Titanium when you want. But for some reason down to the individual - not me will anger - why? what's with the aggression? many super duper car owners. It will pace many Porsches, Ferraris and AMs in the right conditions. It is a wonderfully quick (not fast by super/hypercar standards) but great handling car by any standard, enough to give a nod to said cars on a terminally wet but respected track in the North (real North LOL) of the country track. Love it, perhaps all the more as I built the damn thing. It's like building your own Spitfire to a degree.