Button: why he's earned the right to stop on his own terms

Jenson Button has signed a two-year deal with McLaren that'll see him step down from a race drive next year, but he could return in 2018
Close

It was a seismic weekend for Formula 1 at Monza, the grandest grand prix circuit of them all.

First we learned that Williams driver Felipe Massa, a wonderful servant of the sport and a warrior to boot, was set to hang up both of his at the year’s end.

Then we found out on Saturday that Jenson Button, one of Britain’s greatest drivers, may well be following the diminutive Brazilian on to that deck-chaired balcony reserved for retired F1 types. Then it emerged that that the guy that provides the ship on which they all sail, Bernie Ecclestone, might be joining them.

Whatever the outcome of the now near certain sale of the sport by current majority shareholders CVC in the near future, the circumstances of which currently remain clouded in conjecture, the sport will look very different in 2017 - although it’s hard to believe Ecclestone won’t have some say in it.

But almost certainly when the chequered flag falls on the Abu Dhabi Grand Prix season finale in November, Button will have undertaken 305 starts - the third highest of any driver, behind Rubens Barrichello (322) and Michael Schumacher (306). And the Briton, who is 36, would be even higher in the list than the seven-time world champion, but for the two Monaco Grands Prix he missed, in 2003 (through injury, following a heavy crash in practice) and 2005 (when his team BAR-Honda was given a race ban for a rules infraction). Those, by the way, were the only two races Button has missed since he made his debut for Williams in the 2000 Australian Grand Prix in Melbourne. 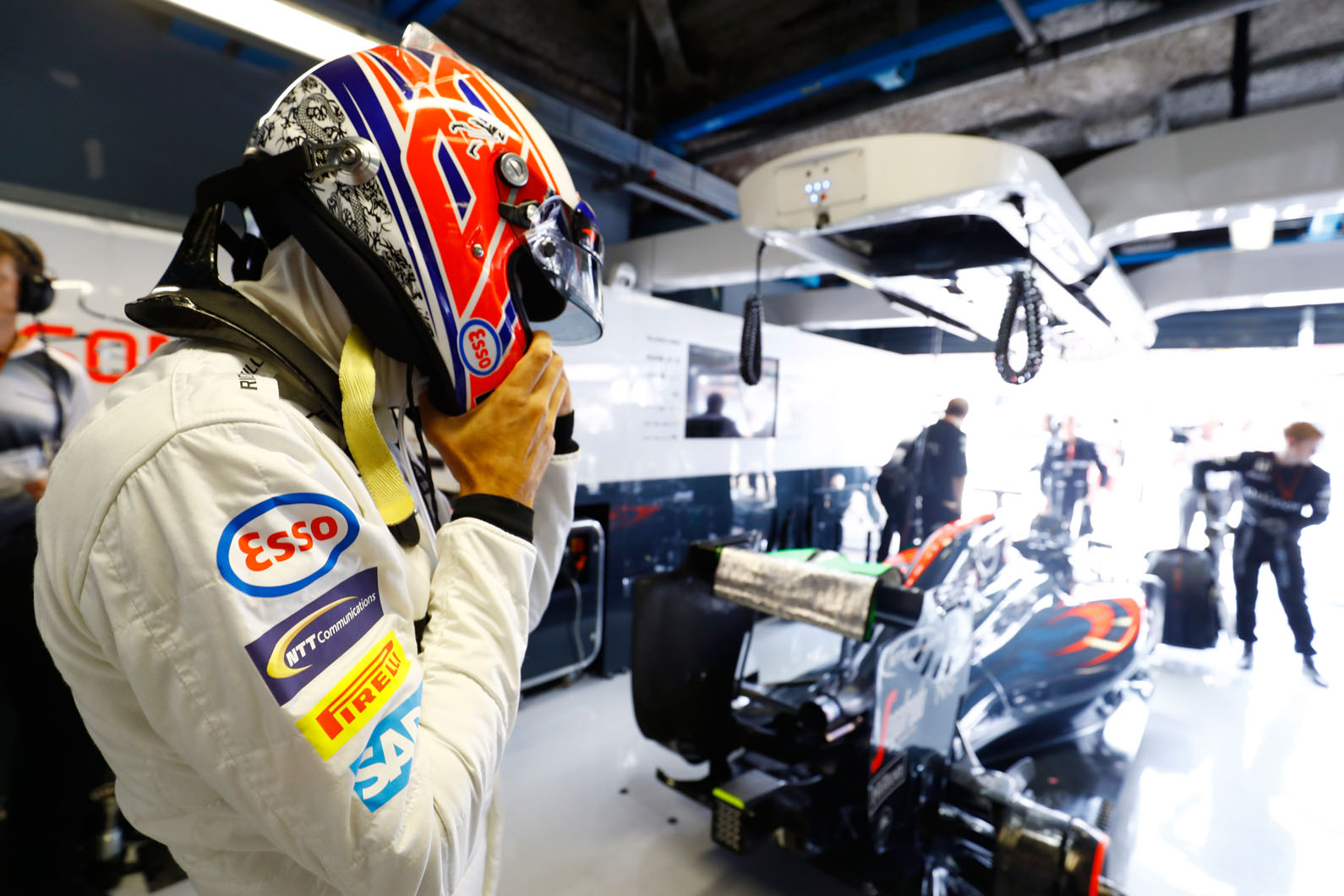 That is an extraordinary level of longevity by any measure for this game.

The fact that it feels like this may be a year or two too soon for him to be calling it quits says as much for his enduring youthfullness - which can be put down in part to the fitness borne from his triathalon addiction - as it does for his deep volume of talent. It’s probably also the reason he’s kept some caveats in place.

A wonderfully opportunistic racer, with a deft touch derived from a classical, near-perfect driving style in the mould of a Prost or a Clark, Button should probably possess more than the one world title, 15 wins and eight pole positions that he currently does in the top flight. But it’s possible that it is the unusually high level of adversity (#being-in-the-wrong-place-at-the-wrong-time) that has stoked an up to now unquentiable fire and sharp competitive level over the years - not that his bulletproof mindset would ever admit as much.

At least four times in his F1 career Button has been forced to run the gauntlet of the summer silly-season without being certain of his fate, and three times he’s had to do it since he’s been racing for McLaren, waiting to see if he is going to be replaced by a younger, less decorated driver. He has always done this with grace. And tellingly, with a fiercely determined in-cockpit response.

Jenson had to wait nine long years to get in title-winning machinery, and even then after coming agonisingly close to F1 oblivion. He displayed admirable loyalty to both Honda and the Brackley-based former-BAR team that ran the factory Honda effort (which is now Mercedes-Benz!) as its competitiveness degraded embarrassingly through 2007 and 2008. He was then left high and dry when the Japanese car maker pulled the plug in the winter of 2008.

It was only when Ross Brawn (and others) stepped in and saved the programme, thus unleashing the Brawn BGP 001 that Honda had been developing through the previous year, that Button got the chance, finally, to show he was a world-beater. 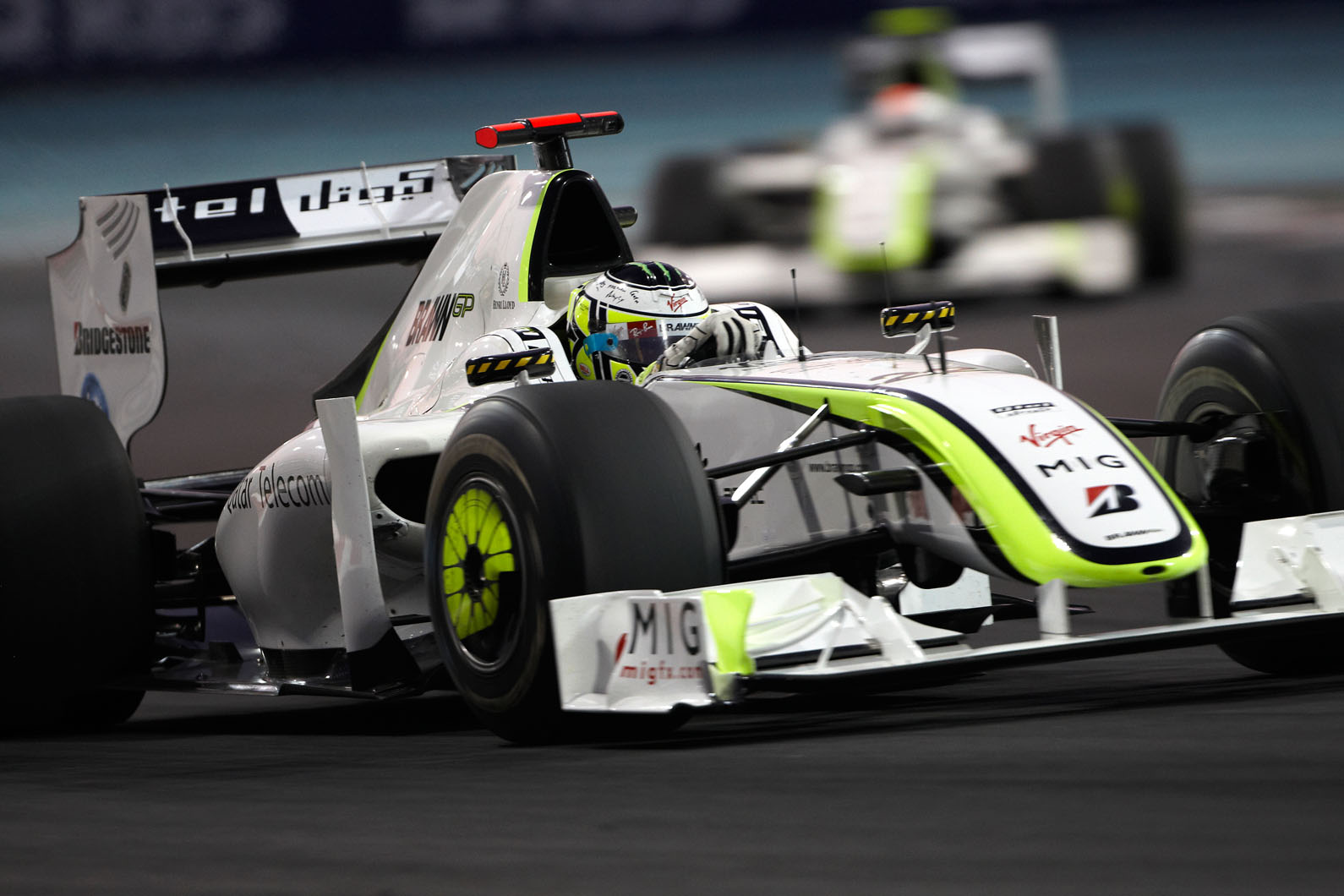 He switched to McLaren on the back of the title he won in 2009, but again has in recent years had to manage uncompetitive machinery as time, that most irrepressable, unreplacable of gifts, burned wistfully and mercilessly away.

Now, faced in his mid-30s with the chance to find out what else he must do with that time, but also accepting that to do this he must forsake the only professional constant he has ever really known as an adult, Button has struck a wily deal with McLaren chief Ron Dennis.

On Saturday last, he announced a two-year extension to his McLaren association that will see him remain an ambassador but step back from a race seat in 2017 in place of Stoffel Vandoorne. But… with the option to come back in 2018 if Fernando Alonso switches teams or quits at the end of his own three-year contract. So a sabbatical with some security. A soft exit.

Not entirely a unique deal either, for McLaren has granted sabbaticals of this nature before, but in the case of Mika Häkkinen it became permanent. Button wouldn’t be the first champion to end his racing days at McLaren - he joins Nigel Mansell, Keke Rosberg and Niki Lauda on that particular list.

Only time will measure how JB will stand in the pantheon of F1 champions, and while it would be a big call to place him on the short list of all-time greats, it’s also true that he should, given the right machinery, probably have been a multiple world champion. Perhaps the biggest accolade of all is that two of the fastest there have ever been, Lewis Hamilton and Fernando Alonso, both cite him as the best they have ever worked with. On his day no one was, and indeed still is, faster.

But things move on quickly in F1 and even the greats like Prost and Schumacher’s absence post-retirement quickly became the norm.

What we can look forward to now is the emergence of Vandoorne, a possessor of enormous potential by all available evidence, going at it against the rest of the new breed Max Verstappen, Esteban Ocon and Pascal Wehrlein… And if I was Williams, and I didn’t need sponsorship dollars, I might be tempted by either of the last two as a replacement for Massa.

That would be fun, wouldn’t it?

Got to be one of the luckiest

6 September 2016
Got to be one of the luckiest World Champions in Formula 1. Never showed any promise until he fluked it with the Brawn - been an also-ran ever since. Typical press garbage - eulogies come thick and fast when you're retired - or dead.

6 September 2016
He was always a great driver languishing in second rate machinery, if you look through his history it was very rare for him to have been beaten by his team mates over a championship year, in fact he proved people wrong (who thought he would disappear in Hamilton's shadow when he switched to McLaren) by matching and beating his supposedly far superior team mate. As for his championship being a fluke due to him having the best car, surely the same can be said of Vettel who's redbull was by far and away the best car on track as is Hamilton's Merc. The brawn started the year superior but didn't have the funds to maintain that position so was soon caught in pace by the other teams, Button managing to maintain points positions in a car that was fast becoming inferior with every race was what allowed him to win. I don't think there is any doubt that Hamilton is a superior driver as he can get more from a difficult car than Button, who needs his cars to handle just right for him, but to dismiss him as also ran ever since his championship win when he bettered his team mate in a car that was slowly becoming less and less competitive is a little mean spirited.

Yes, go back to sleep Dopey -

7 September 2016
You never disappoint,do you?

Before he hurls an insult, my answer to all the above questions is....

Just look at the facts

6 September 2016
You don't need to have competed/won in F1 to see the truth, you just look at the facts and spend a little while thinking about them in a rational and unbiased way.

7 September 2016
Has he had his time?,no team wants him next year?,could Alonso follow also?,has Verstappen started something?,is it an age thing?,these are just some of the possibilities for a sideways move for Mr Button and other drivers around this age.