BACK TO ALL OPINION BLOGS
Currently reading: Racing lines: How an (almost) 60-year-old is thriving in WTCR
UP NEXT
Matt Prior: Are posh French cars really hard done by in the UK?

Racing lines: How an (almost) 60-year-old is thriving in WTCR

Way back in 1994, Gabriele Tarquini and Alfa Romeo parachuted into the British Touring Car Championship and took the series by storm with the stunning 155 homologation special. Alfa Corse’s rules-stretching wings and splitters controversially reset the bar as the Super Touring boom stepped up a gear, but the team sprinkled a welcome dash of exotic flair into an already spicy mix.

Little Tarquini, more Italian than fresh pasta and a good bottle of Chianti, scored eight race wins on his way to a memorable title and, just as importantly, charmed everyone with his good humour, natural charisma and endearing grasp of the English language: Dingle Dell at Brands Hatch forever after became “ding-a-dong-a-dell”.

Twenty-seven years later, the remarkable Tarquini is still racing touring cars as a fully fledged factory driver, for Hyundai in the World Touring Car Cup (WTCR). At 59 (he will be 60 next March), he cuts a lithe figure of finely matured teak; and while the face is perhaps the give-away of the countless racing miles he’s notched up, the piercing glint of unrelenting drive in his eye is just as it was.

It’s natural for racing drivers’ careers to change down a gear or two from their mid-40s, but Tarquini and old rival Yvan Muller – a youthful 51 and also belligerently defying retirement with Cyan Racing’s team of Lynk&Co 03s – are living proof that, in tin-tops at least, creaking age can still be a virtue.

Before 1994, Tarquini was best known as a talented Formula 1 driver saddled with no-hope back-of-the-grid machinery. Between 1987 and 1992, he scrapped in 37 grand prix starts for minnows Osella, Coloni, AGS and Fondmetal, and he even added another as late as 1995 in a one-off return for Tyrrell. One solitary point was all he had to show for his efforts, scored with a sixth place for AGS at the 1989 Mexican Grand Prix. But for such drivers, graft at the blunt end of F1 only adds to the valiant Don Quixote cult-hero aura.

“If you consider that I started my karting career in 1974, this will be my 47th season since my first race,” says Tarquini. “To be a professional driver close to 60 is an unbelievable achievement, and I’m very proud of this number. My first [car] race was in 1983. I’m not happy to put the number on the table, but it’s a really long career.”

For added perspective, Tarquini raced an Alfa in the first World Touring Car Championship in 1987. Yann Ehrlacher, who won the WTCR title last year in his Lynk&Co, was born in 1996, two years after Tarquini claimed his BTCC crown. It’s probably best that he doesn’t dwell on that one.

Beyond the startling years of service, what’s really outstanding is Tarquini’s sustained competitiveness. Okay, last season was tough, but that was the case for Hyundai as a whole in the WTCR, including for team-mate and 2019 champion Norbert Michelisz. Tarquini won the title as recently as 2018 in what was then a new i30 N that he had developed almost single-handedly, adding to his WTCC crown earned in 2009 with Seat – and now he has taken a lead role in the birth of Hyundai’s next-generation racer, too: the Elantra N TCR, with which the Korean marque bids to revive its flagging WTCR fortunes. 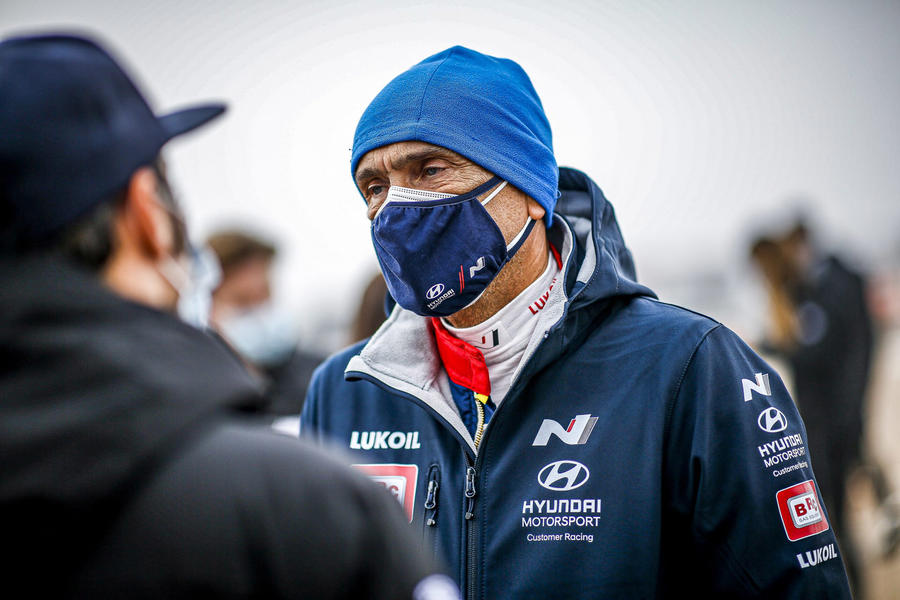 “I started developing this new car just after the first lockdown ended in June,” says Tarquini. “The Elantra uses the base from the i30, even if the car is completely different. It’s bigger, longer, wider; the aerodynamics, the form and the shape is totally different. But we have a reference. When we started with the i30, for Hyundai, it was their first car built for the circuit, so we had no experience. Now we start from the i30, which is a big advantage.”

Finishing on a high

Tarquini knows that even he can’t thwart the inevitable. “The speed is always there, but I’m probably not as fast as I was 20 years ago in qualifying,” he admits. “To be honest, I’ve lost something in that respect. But my race pace, my experience and my fight is still there. Last season wasn’t very good for us. We couldn’t really be competitive for the full season, only in some spots, and the rest was a season to forget.”

That’s precisely why he says it “was important to do another season, especially with a new car”. There’s a bigger picture at play too, because the Elantra must be developed for customers who race in TCR series around the world. “But since the last test, we are more focused on our WTCR season, on using the Goodyear tyres,” says Tarquini. If 2021 is to be his last season (and that’s far from a given), he wants to get back to his best and contend for another title.

There’s plenty of opposition, not least internally from the addition of fast Frenchman JeanKarl Vernay, who will add a spark to Hyundai’s line-up. Vernay, 33, is a clear WTCR champion in waiting, and Tarquini is realistic enough to accept that he might find himself in a supporting role this year, helping his team-mate to the title, as he did with Michelisz in 2019. 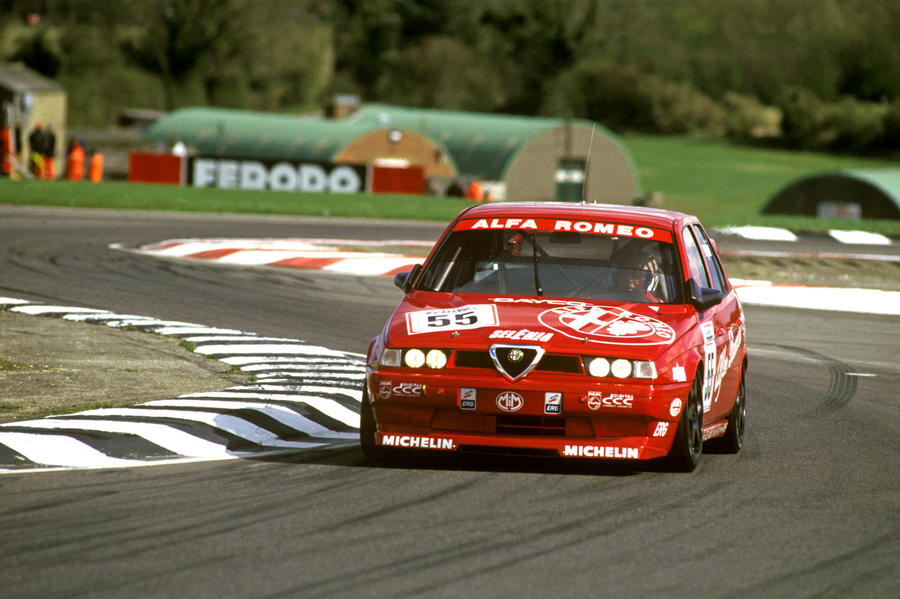 “I can also be a team player; I have a team spirit, so if I’m out of the title fight, I can be part of it helping a team-mate,” says Tarquini. “I was very happy about 2019 and Norbi winning [he’s genuine about this; the pair get on well], but the target, as usual, is to win.” What else would you expect from such a man?

The WTCR will kick back into life with its annual round on the full Nürburgring Nordschleife on 3-5 June. It just wouldn’t be the same without Tarquini.