For a brief period in the late 1990s, the CART World Series was arguably the best motorsport championship on the planet.

It had everything: a deep, talented driver line-up, and powerful single-seaters that both looked better than grand prix cars of the period and allowed for far better racing.

Thanks to the US-UK time difference, CART was brilliant Sunday evening viewing (assuming British Eurosport wasn’t showing live pole vaulting instead). And while numerous moments live long in the memory – Alex Zanardi’s pass at Laguna Seca in 1996, Juan Montoya vs Michael Andretti at Michigan in 2000 – the race I remember most vividly was the 1997 Budweiser/GI Joe’s 200 from Portland International Raceway in Oregon. It produced one of the closest finishes in CART history, and perhaps Mark Blundell’s finest victory.

That 1997 season might have been CART’s high. The field mixed US legends such as Al Unser Jr and Michael Andretti, rising stars such as Dario Franchitti, Greg Moore and Gil de Ferran and F1 converts including Zanardi and Blundell. 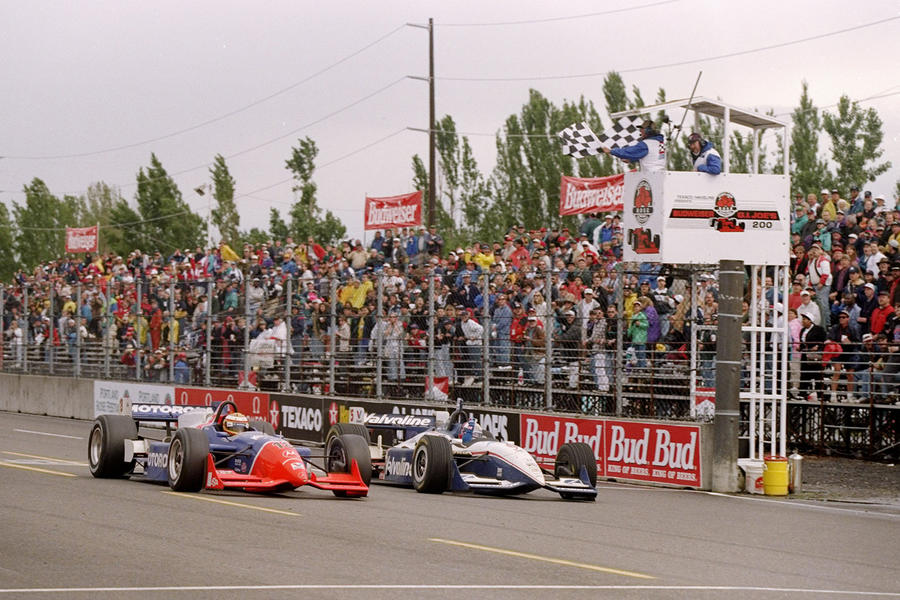 Under the surface, of course, there were cracks. This was just after ‘The Split’, the schism in US single-seater racing caused when Indianapolis Motor Speedway boss Tony George founded the rival Indy Racing League IRL. That meant CART didn’t have the Indianapolis 500 or the right to call its machines Indycars. Those losses would eventually combine with mismanagement to lead to CART’s collapse. But in 1997 – with its machines hastily rebranded ‘Champ Cars’ – neither seemed an insurmountable loss.

Portland International Raceway was an unusual circuit that featured a long, wide start finish straight that doubled as a drag strip with a twisting, turning infield section, a combination that made for great racing.

Because it was on the US West Coast, the action started quite late on a June Sunday night in the UK, but since 1997 was the summer between me finishing school and starting university I didn’t have any commitments to prevent staying up late. Just as well: the race started in treacherously wet conditions, prompting a series of spins, crashes and delays.

The rain eased midway through the race, and a narrow dry line slowly began to emerge. Soon drivers began to gamble on slicks, but mostly quickly spun off.

Blundell was one of the first drivers to gamble on slicks and not slide straight off the road, but the stop put him down the order, behind a number of wet-shod rivals led by de Ferran and Christian Fittipaldi. The urgency was ramped up when it became clear the race would hit the two-hour time limit, rather than the scheduled 98 laps.

Blundell was charging, though, and with minutes to go battled past Fittipaldi to take second. He rapidly closed on de Ferran as they started the final lap. But on the twisty in-field, he just couldn’t find a way to get past de Ferran’s Walker Racing machine. But de Ferran lacked grip, and Blundell used his superior traction to get a run coming out of the final corner.

As they approached the line, the TV director switched to an overhead helicopter shot as the two cars ran side-by-side. On the British Eurosport commentary, the incomparable Ben Edwards exploded with excitement as Blundell pulled mere inches clear as they crossed the line. It was so close, de Ferran was already putting his hand up in celebration.

It was only as Blundell and his Pacwest team celebrated wildly and replays were shown that the commentators spotted the third car: Raul Boesel had closed even more dramatically, and fell just inches short of passing both de Ferran and Blundell. Blundell finished 0.027 seconds ahead of de Ferran, and 0.055 seconds ahead of Boesel, the closest finish on a road course in CART history. 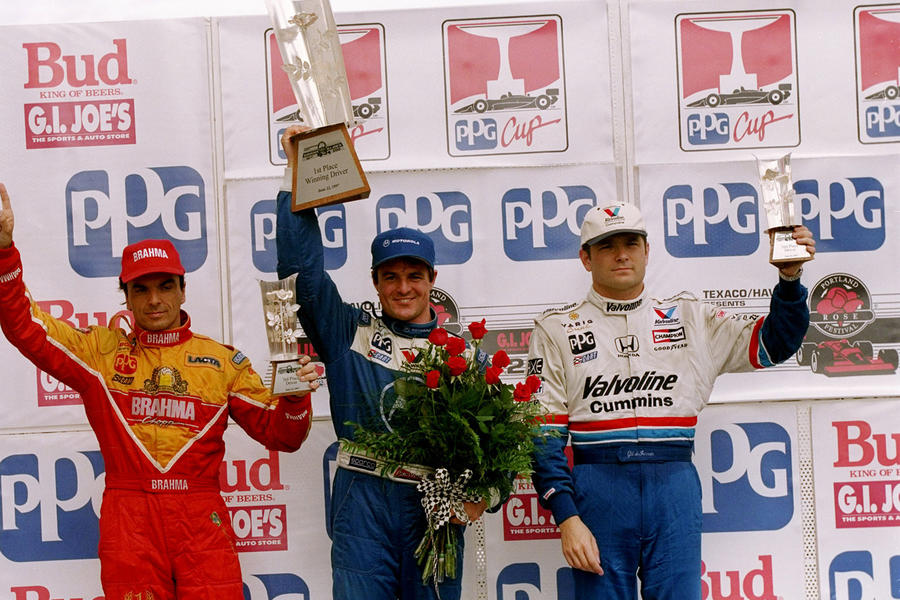 It was the first of three victories Blundell would take in 1997 - and was a welcome change of luck after he'd run out of fuel while leading on the final lap of the previous event in Detroit. It was that kind of year, with plenty of dramatic finishes and moments. But the last lap drama in Portland wasn't just a truly epic end to a memorable race - it was perhaps the finest moment of CART’s finest season.

They were epic races in happier times. Watching the current Indy Car Series shows the urgent need for a UK commentary team ?