BACK TO ALL OPINION BLOGS
Currently reading: Autocar's favourite races: 2006 NASCAR UAW-Ford 500
UP NEXT
Opinion: Why the Festival of the Unexceptional is an annual highlight

First up, then, it’s Jim Holder with that infamous NASCAR race. Be prepared to descend down a YouTube rabbit warren if you click the link.

It was an emphatic statement backed up by my travelling companion leaping to his feet, picking up his belongings and marching for the exit - an unusual response to the chequered flag being waved just nano-seconds before on what I now regard as the greatest event I ever attended.

It had been a long, hot day at Talledega, particularly for two bright-eyed Brits trying to squeeze in as much NASCAR racing into a two-week break as possible.

Unlike my companion, I’d never watched at a Superspeedway before, where the cars pass in tight packs, just a few metres and a wire fence away, at more than 200mph. That was pretty amazing.

So too was watching the race with upwards of 150,000 fans, 80,000 or so of whom were packed in the grandstands with us, and 79,998 of whom, on my wide-eyed estimation, brought their guns out for the day. I prefered a corn dog in my hand, and we seemed to get along just fine with the Alabama crowd.

Superspeedway racing, I soon learned, was like high-speed chess, at least in the early laps, drivers biding their time while trying to edge up the field, choosing a line and then hanging in there. It was an extraordinary sight, boosted by the fact that home favourite Dale Earnhardt Jr was at the sharp end. 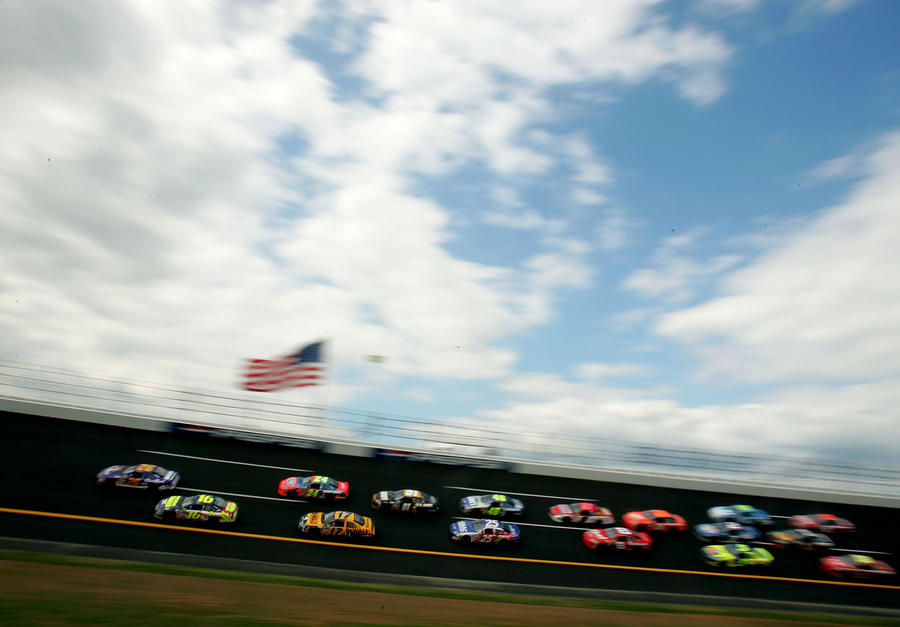 Bang, bang, bang. The sights and sounds of the cars punching through the air was intoxicating, the lead battle never less than a hair-width apart. As the laps counted down Earnhardt Jr led from his (and the crowd’s) nemesis, Jimmie Johnson, with his team-mate Brian Vickers behind, ready to ‘bump draft’ him into the attack, an amazing tactic whereby a following car literally uses the tow to close up and tap the one ahead a few mph faster at 200mph. With every lap the atmosphere became more intense, the crowd willing their man on and excitement building in anticipation of what we all knew was coming.

The last lap swung round, and then it happened. Johnson and Vickers were always going to work together to close the gap, and sure enough approaching the final turns of the lap they pounced… with disastrous consequences. Through error or expert judgment, third-placed Vickers tagged Johnson, who in turn cannoned into Earnhardt Jr. The hero and anti-hero were left sat in smouldering wrecks, while Vickers took the flag.

The crowd went nuts. The booing drowned out any noise from the cars, the yelling ramped up, and then the drinks cans started raining from the stands and over the fence. It was extraordinary, my already jangled senses now going off the scale as this sporting drama unfolded. 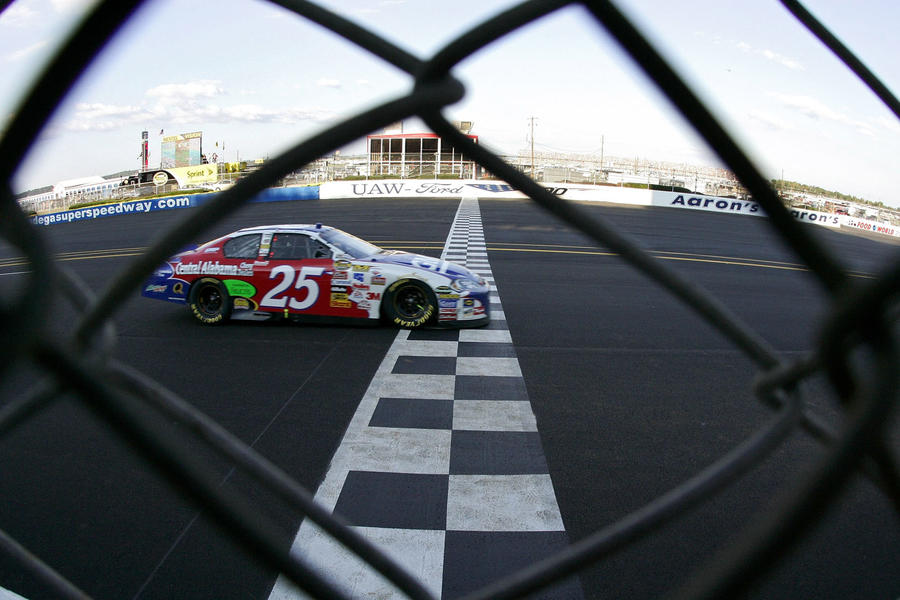 It didn’t spill over, of course, but I doubt the moments before a riot feel much different. My mate moved first, being much the more sensible of us, and how right he was. As the trophy was handed over we were pulling out of the car park, the booing and screaming still echoing across the outfield. It was an assault on the senses like nothing I’ve experienced before or since.

I doubt many other NASCAR fans remember it as a classic, but as a sporting experience I’ll never forget it.

Matt Prior: It doesn't take a monkey to appreciate NASCAR (but it helps)