BACK TO ALL OPINION BLOGS
Currently reading: Racing lines: Formula E needs less contact for more impact
UP NEXT
Opinion: Vandoorne back on form as Formula E hit Monaco

Formula E’s second season as a full-blown FIA World Championship will start with a double-header in Diriyah, Saudi Arabia, on 28/29 January.

The Middle East is the place to be, apparently, even for a motorsport series created specifically to eschew fossil fuels.

Reigning world champions Nyck de Vries and MercedesEQ will be back to defend their crowns, but the factory Audi and BMW squads have departed and Mercedes will follow suit at season’s end. But let’s not be too hasty to write off Formula E just yet.

The future of EV racing remains brightly lit, says Mark Preston, CEO of the previously dominant DS Techeetah team. “If you’re watching the stock of Tesla, Rivian and others, plus the Chinese manufacturers coming into EVs, you will know that we’re potentially on the tipping point more than ever,” he says. “We all know manufacturers come and go from motorsport, but we have a solid number in the series, and with the world turning towards EVs, it’s the right place to be.” 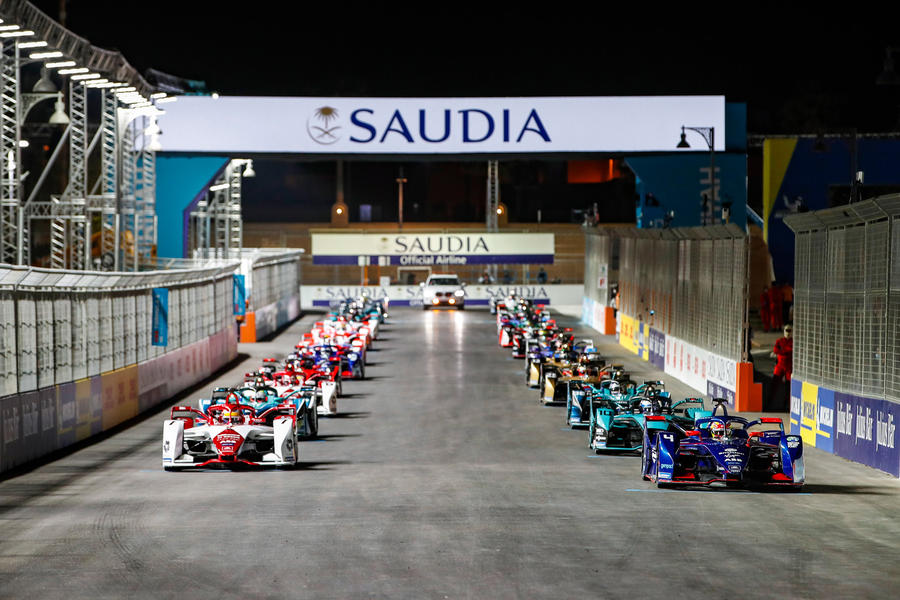 Despite that, I’ve struggled with Formula E, particularly in the past year. My doubts have nothing to do with electric powertrains: it’s short-sighted to deny that there’s a place for EVs in motorsport, even if they’re not to all tastes. The cars are getting quicker and can race farther (especially from next year, when the much-vaunted Gen3 Formula E will be introduced). Racing on urban streets in or close to major city centres takes motorsport to places usually barred to conventionally powered series. The cars are ugly to my eyes, which is frustrating for a category in which aerodynamic requirements don’t dictate styling, but that’s subjective. Really, there’s a lot to like about Formula E. And yet…

My problem is two-fold. First, no matter how many times Formula E people explain it, I can’t get my head around an EV series basing its racing format on, of all things, energy management when range anxiety remains a major reason why we don’t buy as many electric cars as the regulators and manufacturers want us to. Play up the performance, not the limitations of this technology!

Anyway, it’s the second thing that’s my main problem: Formula E features far too many collisions, dirty driving and too often makes a grid packed with fabulous talent look incompetent. The number and nature of the contact is embarrassing for a category carrying the status of a pukka World Championship. 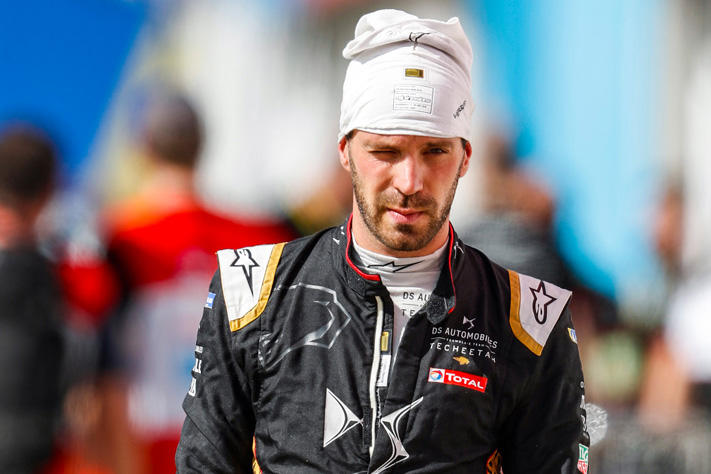 Jean-Éric Vergne agrees, and he’s a double Formula E champion. The ex-Formula 1 driver and his DS Techeetah team are plotting a revival after a difficult 2021, in which JEV (as he’s universally known) and fellow champion team-mate António Félix da Costa scored just a win apiece. I recently had the chance to speak to both and cheekily asked whether Formula E is a contact sport. Light the blue touchpaper and stand well back.

“We’re a very professional championship, but the way drivers are racing at the moment, because the cars allow people to hit each other and still finish in the points, is not acceptable,” replied Vergne with feeling. “The FIA has to do something and police it more. Races like we saw in London [where Félix da Costa’s title defence was effectively ended by a Porsche-branded missile] is completely unacceptable.

“You’re representing a big brand, and it’s a bad show. Even in karting, the kids are racing more fairly than us in Formula E. In karting, if you hit somebody and you break something, you get disqualified. They don’t care why it happened; if it has happened, that’s the rule. Why can’t we do the same thing in Formula E? I don’t understand.”

The tight nature of the Formula E circuits is an obvious contributor, but so too is the strength of the front wings and wheel arches. Drivers know they can biff without too much consequence. That should change with Gen3 in 2023, because from what we’ve seen from teaser images, the wheel coverings will soon be gone, leaving wheels and suspension more vulnerable.

Before Gen3, a new and less convoluted knockout qualifying format for 2022 has improved the mood among drivers. It promises to make Formula E more of a meritocracy than a lottery without reducing the racing spectacle. Anything that simplifies the series is also a good thing, because this is complicated motorsport to follow for fans and competitors alike.

So do these drivers actually enjoy racing in Formula E? “100%,” said Félix da Costa, who agreed with Vergne on the amount of contact. “It’s probably the series where I have the most fun.”

Vergne was less sanguine (as usual). “Not really for me,” he grumbled. “The way qualifying was working, you did the best job with your team and then found yourself qualifying 15th with idiots who crash into you. I really didn’t enjoy that. If it had continued like that, I’m not sure I would be racing in this championship. I’m here to win races, not to gamble. If I want to gamble, I will go to a casino.

“It’s not normal that you come to the last race in the championship with 18 drivers being able to win the title. [Yes, that really was the case in 2021.] There’s something wrong, and for me this wasn’t enjoyable. I want to enjoy good days because I’ve worked hard to be the best. That’s it. So I’m very happy to see the changes that Formula E has made.”

Unpredictable racing and a grid where picking a winner is difficult? Great. But if it’s a World Championship, what you see must be genuine sport. Vergne has raced in Formula E from the first season (2014), but his faith in it has been shaken. Can it wean itself off the artificial flavours to win him back? Saudi should give some clue.

Nascar’s Clash at the Coliseum, 6 FebruaryOkay, so the opening event of the 2022 Nascar Cup Series season is a non-points showcase race, but it’s still worth watching. It’s the first race for Nascar’s radical new car package, and the event has switched from the wide-open banks of Daytona to a tight oval inside the Los Angeles Memorial Coliseum. Expect crashes. Lots of crashes.

The British Touring Car Championship’s success is built on close competition thanks to its stable rules package – but there’s a big change coming in 2022. The cars will gain bolt-on hybrid powertrains, with extra boost replacing success ballast as a way of balancing performance. The Donington Park season opener will be our first chance to see it in action, and we expect the racing to be as frenetic as ever. 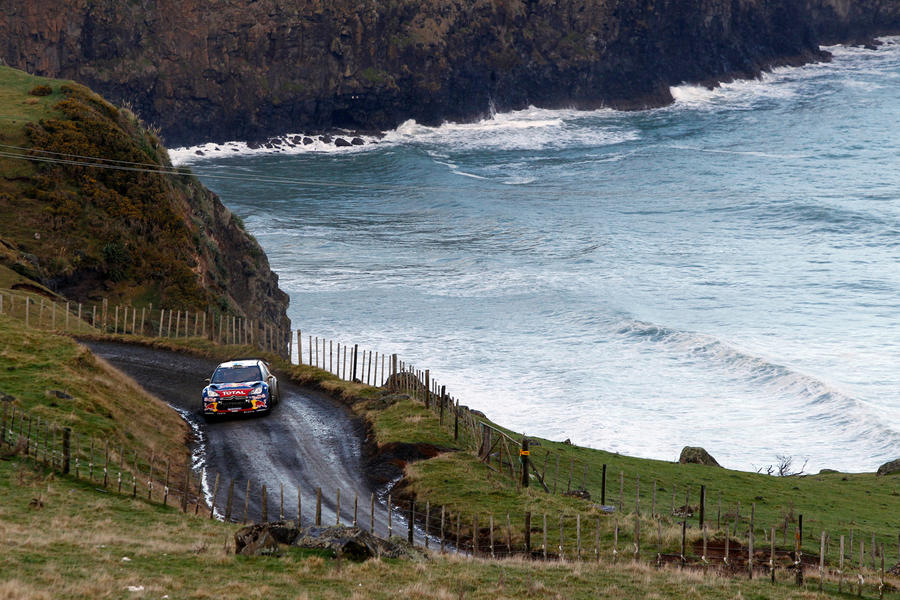 The new hybrid era of the World Rally Championship will make every round next year intriguing, but we’re most excited for this one. New Zealand has been absent since 2012, depriving us of one of the fastest, toughest and best events. And if it does happen, given New Zealand’s tough Covid-19 travel restrictions, it is likely to also reflect the world being in a better place. 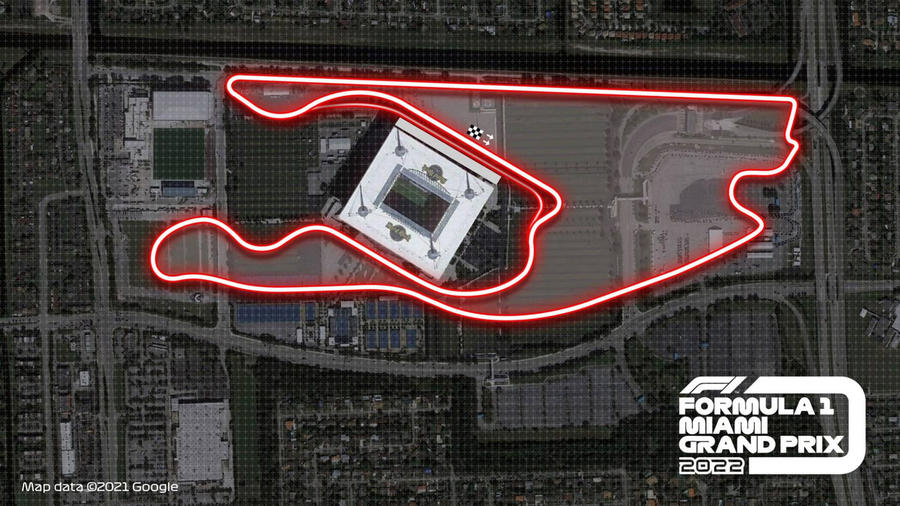 Will Smith rejoice: after a one-year delay, Formula 1 is finally going to Miami. The intrigue for this event is less about the Miami International Autodrome (a street track carved out of access roads for a football stadium) and more about how F1 is received in Florida. The US GP in Austin, Texas, has been growing in popularity, but is that a sign of F1’s growth in the US or just of local promotion? 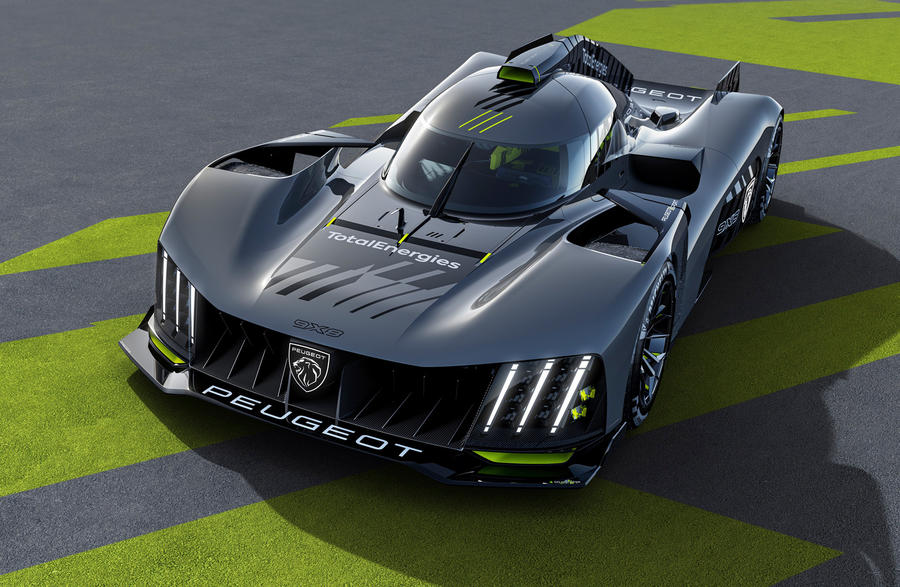 With Toyota the only major manufacturer entrant, the first Le Mans for the new Hypercar class was always likely to be an unsatisfying stopgap. But Peugeot will arrive in the World Endurance Championship next year with a stellar driver line-up and the distinctive 9X8, which should ramp up the drama.

Skittery, slow, crap tracks, false racing with fan boost, etc. Needs to be true racing, but maybe PlayStation generation will get it, I certainly don't, and I have tried, but it's too fake for my tastes.

Like rental karts to watch. Wonder what the viewing figures are, and how they've grown/fallen.

Maybe some races on conventional tracks would be a good idea

Simply give it a shot on the accompanying site…Profitloft.ga