BACK TO ALL OPINION BLOGS
Currently reading: Racing lines: Finally, we have an F1 title fight
UP NEXT
Opinion: Vandoorne back on form as Formula E hit Monaco

Two races down, two stone-cold modern classics to savour as the Lewis Hamilton versus Max Verstappen rivalry pleasingly lives up to the hype. Will the duo deliver a third thrilling instalment of their Formula 1 duel at Portimão this weekend? There’s no reason to think otherwise. It’s early days, of course, but from what we’ve seen so far, this season looks set to become one of the most memorable for years – and for all the right reasons.

Hamilton arrives in Portugal with just a one-point lead over Verstappen in the title race, thanks to the fastest lap that he banked late on at Imola. There was a big dose of luck in his second-place finish in the Emilia Romagna Grand Prix, following an uncharacteristic mistake that led him to slithering off into the barrier at Tosa. He lost a lap but instantly gained it back in the wake of the red flag interruption, then put in a superb DRS-assisted comeback from ninth at the restart to finish second, albeit 22 seconds down on Verstappen, who had his own moment of good fortune when he only just avoided an embarrassing spin at Rivazza just as the race was about to resume from a rolling start.

Naturally, Mercedes-AMG and Red Bull don’t agree on which car has the edge at this stage. But in its final season with works Honda power, the latter is at least on a par with the dominant force of this first hybrid era, giving its talisman his first real shot at a title charge.

The small change to the aerodynamic regulations appears to have hampered Mercedes’ low-rake W12 much more than Red Bull’s high-rake RB16B. But hey, pegging back the best with change to the regulations is hardly new. Before the 1983 season, the FIA made a late rules change that effectively banned ground-effect aero, leaving most of the teams scrabbling to prepare revised cars based on the previous year’s. Gordon Murray audaciously went back to the drawing board and in short order came up with the delta-shaped beauty that was the Brabham-BMW BT52, which propelled Nelson Piquet to his second title. F1 teams are instilled to think fast when the rug is pulled.

Undermined by the rules change or otherwise, Hamilton knows that he faces the fight of his life if he wants to claim that record eighth world title. Bring it, as they like to say.

A pleasing side story of the F1 season so far has been the form of 21-year-old Lando Norris, who lies third in the standings after his fighting fourth in Bahrain and an accomplished third at Imola. 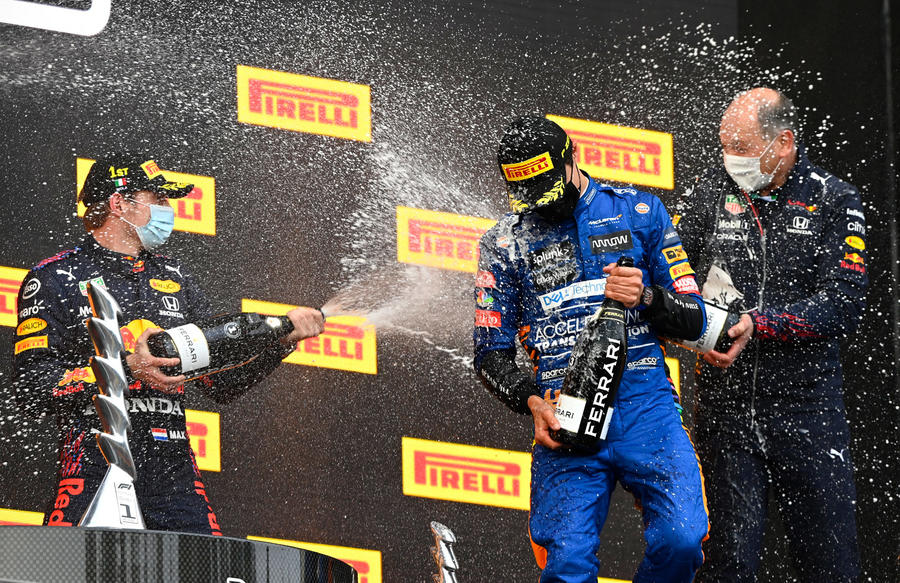 Ahead of his third season at McLaren, the Brit faced the daunting prospect of a face-off with the incoming Daniel Ricciardo, an accepted member of F1’s elite. He has responded magnificently, and it’s no exaggeration to say that we’re witnessing a coming of age. Like others who have changed teams over the winter, Ricciardo appears to be taking time to adapt to his new car, but he will surely come back at his team-mate over the next few months. Still, all credit to Norris: he has put the Aussie ace firmly in his place so far.

Britain’s other exciting F1 prospect, George Russell, arrives in Portugal to face unwanted heat for the most controversial talking point of the Imola weekend. Colliding with Valtteri Bottas – the man he looks set to either replace or be teamed with at Mercedes next year – was bad enough, whoever was at fault (the stewards deemed it, I believe rightly, a racing incident). What made it worse was Russell’s red-mist response. It’s easy to be critical: he had just stepped out of a 190mph accident involving two big impacts. But running over to Bottas, who was still strapped into his own wreck, and lightly slapping his helmet (albeit in response to a raised middle finger) was a stupid misfire, as was his subsequent claim that the Finn had defended more vigorously specifically as it was Russell chasing him. Not clever, not classy.

It’s no wonder Mercedes team boss Toto Wolff said the 23-year-old’s conduct proved that he still has “lots to learn”. Last year’s Sakhir GP was evidence that Russell is a superstar in waiting, but when he gets his chance at the best team on the grid, the ugliness of this Imola memory is something he won’t (and shouldn’t) forget.

A few hours after the race at Imola, the 2021 Indycar season crackled into life with an incident-packed race at Barber Motorsports Park in Alabama. By the time you read this, the second round on the streets of St Petersburg, Florida, will have followed; but the takeaway from race one was another coming-of-age story, as 24-year-old Alex Palou won impressively in his first race for Chip Ganassi Racing. What stood out was his composure, particularly in the closing stages as Indycar behemoths Will Power and Scott Dixon loomed in his mirrors. A new star is born.

While Norris was doing his thing in Italy, McLaren’s Indycar young gun, Pato O’Ward, shone at Barber, claiming a landmark pole position only for a three-stop strategy following an early pile-up to undermine his victory bid. It was good to see the established order being given such a vigorous shake. 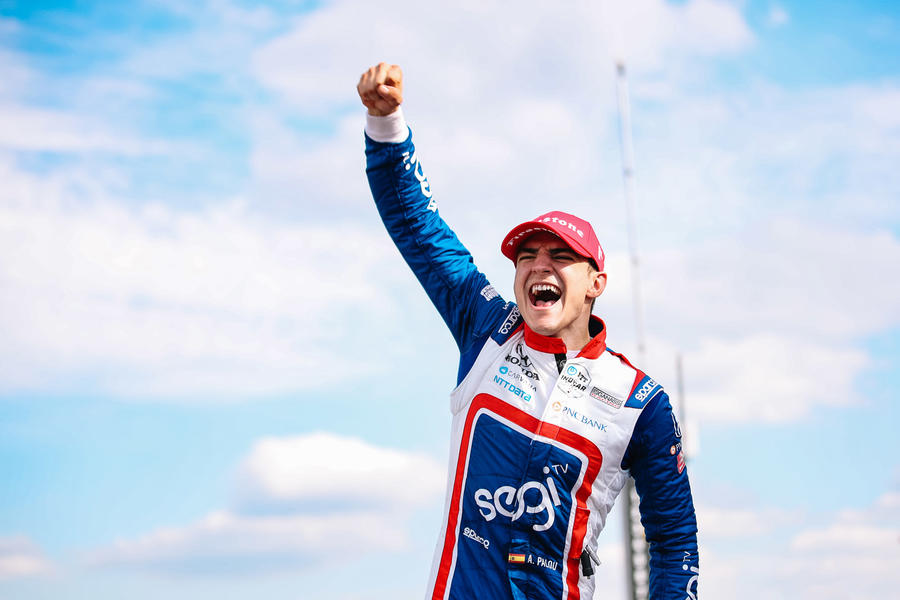 Meanwhile, 42-year-old Sébastien Bourdais proved youth isn’t everything with a fine fifth behind O’Ward on his debut for AJ Foyt Racing. The quadruple champion and winner of the recent Sebring 12 Hours seems to have a new lease of life.

Not far back, F1 exile Romain Grosjean came a respectable 10th in his first race start since that horrible fiery crash in Bahrain last year. “This weekend I’ve enjoyed myself like I haven’t for some time,” the former Haas driver said with pointed meaning.

Opinion: Why Imola is wrong for modern F1

Can't help thinking that this version of F1 is a bit engineered, by that I mean, those that are in charge, the media company that owns F1, are glamming it up with extra qualifying races with extra points available, and on today's efforts Redbull aren't the only team challenging.

si73 29 April 2021
Russell's behaviour was unfortunate but emotions run high and he is still young, I just hope it doesn't adversely affect him, as similar or worse, depending on personal opinion, hasn't caused Verstappen any harm or affected people's opinion of him after his pushing and shoving of Ocon when they clashed in Brasil a few years back, and that was after they'd had the chance to cool off.

Norris is doing a fantastic job and has been since he started, I am enjoying watching his and McLaren's continued improvement, I just wish Williams could make similar improvements.