BACK TO ALL OPINION BLOGS
Currently reading: Racing Lines: Is Extreme E's success built on shifting sands?
UP NEXT
Racing lines: the race of Sir Jackie Stewart's life

The RMS St Helena passed through the Suez Canal on 13 March. Had the former Royal Mail ship, now the roving paddock for the new Extreme E electric off-road series, tried to do so little more than a week later, the opening round would have been scuppered before it had even reached Saudi Arabia.

Such are the fine margins of organising a global motorsport series that’s trying to do everything a little differently. Alejandro Agag, the visionary salesman behind the initiative, told me back in October that success in the first season would be “first for it to happen at all”. Point taken, señor.

Did you see it on TV? In the UK, it was hard to miss, with no fewer than four national broadcasters lining up to cover it. You will have your own views on the merits or otherwise. But as I write on the way back from the spectacularly beautiful Al’Ula region, the judgement on the ground was that Agag and his team pulled it off in spite of the major challenges of a remote location and inevitable teething troubles with Spark’s Odyssey 21.

Last-minute race format changes and a car power reduction from 536bhp to 301bhp due to overheating batteries left Agag thinking on his feet – which is what he does best. But the teams and star drivers were with him every step of the way – even brooding Carlos Sainz, who took lots of deep breaths to be ‘constructive’ rather than ‘critical’.

A decent start, then, even if there’s a long job list to be tackled before the next round in Senegal at the end of May.

Sainz, Sébastien Loeb, Jenson Button, team owner Nico Rosberg… Extreme E’s line-up is impressive. But given that gender equality is one of the two pillars upon which Extreme E is built, it was pleasing that some of the female drivers emerged as the true stars in Al’Ula. 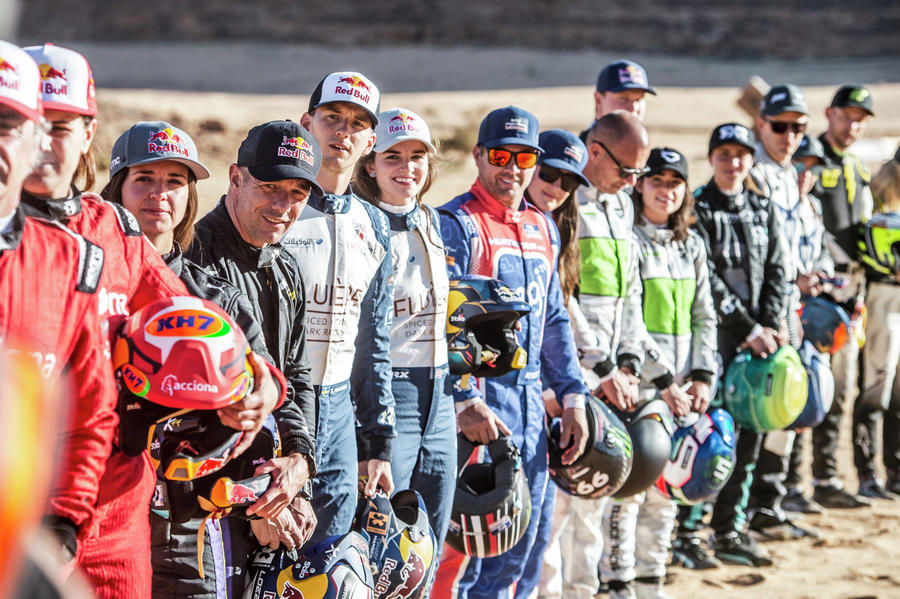 Australian rally champion Molly Taylor did all that was asked of her as she and Johan Kristoffersson took the spoils for Rosberg’s RXR team. But it was Catie Munnings who was on the highest trajectory, teamed with Timmy Hansen at Andretti United. The 23-year-old from Kent kept her head to complete her qualifying lap with a rightrear puncture, played her part in winning the Crazy Race (dreadful name), then made up time on Taylor in the X Prix itself. The former children’s TV presenter put herself on the map.

In contrast, poor Jamie Chadwick completed just a single lap as the British Veloce team hit dreadful bad luck. Stéphane Sarrazin’s roll didn’t look too bad, but landing on the car’s antennae dinged the roll cage, making it a write-off. There are those fine margins again.

It’s a shame that the female drivers played supporting roles to the more experienced – and, frankly, faster – men. You could argue that this undermined the equality claims, and Agag was publicly riffing on ideas to fix it straight after the final. He will come up with something, and because it’s his trainset, the teams will have to live with it.

The other pillar of Extreme E is environmental messaging. This was always going to be more problematic, from the diesel-engined St Helena onward. The crew at least ran as much as possible on just one of the two 57-litre Mirrlees engines on their way to the Red Sea in order to improve fuel efficiency, but offsetting carbon footprints remains tricky territory.

Before embarking for the desert, the teams, drivers and media assembled on the ship to listen to scientists and sustainability entrepreneurs deliver lectures of hope on climate change. Then there was a mass visit to a beach where turtles lay their eggs. These remarkable animals are under threat from rising sea levels, and here was that man Sainz walking up the beach with a black binbag picking up plastic and other waste. That was novel.

This was the much-heralded ‘legacy’ upon which Agag justifies Extreme E’s global travel and racing in remote and vulnerable areas of the world. The trouble was that the only concrete legacy I spotted was the cement dust being pumped out in clouds by the neighbouring factory. The beach visit was a publicity stunt; did Extreme E really leave the beach and the race site in Al’Ula in a better state than we found it, as Agag had vowed? I do wonder. 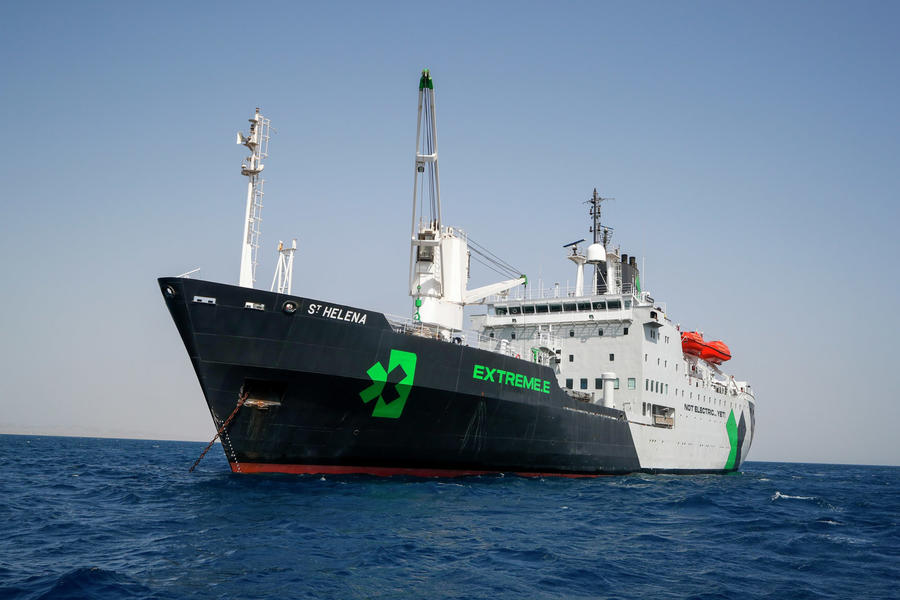 Something of academic interest

The person who made the best case for Extreme E was Professor Richard Washington from Oxford University, who has studied climate change for more than 35 years – yet also cherishes his 1969 Land Rover Series 2. An enthusiastic adviser to the series, he made the point that his work has never attracted so much attention.

“We watch for citations on our academic papers closely and celebrate when they get into double figures,” he said. “I’ve spoken to more journalists in the past couple of days than I have for years. Sitting on a ship on the Red Sea isn’t where I thought it would happen, but it has. It’s very important to connect, so here we are trying.”

Professor Washington also offered the only convincing argument that I heard from anyone on the inconvenience of Extreme E embracing a kingdom whose wealth is built on oil.

“Saudi Arabia is resourced by the profits of fuel sales that have no atmospheric tax on them,” he said. “So what do we do next? We can say to Saudi ‘you can keep all that money that we should have taxed and didn’t’ or we can work together and use some of that resource to move things forward.

“Some of my colleagues say ‘don’t get involved in greenwashing’, but I say Saudi has the resource and that resource needs to be ploughed back. Let’s do it.”

Trust a person of science to cut through the noise.

Extreme E kicks off in style as Rosberg's team wins

Cargo ships emit enough soot to equal half the pollution from all the worlds cars.

No Motorsport can be justified on a 'green' basis. Its disingenuous to suggest that it can.

I quite enjoyed watching the first race and liked the format.  However the constant video clips of how we are destroying the planet whilst a bunch of millionaires play in their cars whilst travelling round the world is never going to make sense!!