BACK TO ALL OPINION BLOGS
Currently reading: Racing lines: How Oliver Webb is getting ready for ETCR
UP NEXT
Estate cars: In celebration of a dying breed of car

Hot on the heels of Extreme E’s globe-trotting adventures offroad, another new racing series for electric vehicles will begin this weekend, this time for touring cars.

Pure ETCR promises short, sharp high-powered circuit racing in a format that carries echoes of rallycross, featuring factory-backed tin-tops from Cupra and Hyundai, plus an Alfa Romeo privateer effort, that can boast 670bhp from two motors on the rear axle.

be spectacular in a series that has already attracted some high-calibre drivers, including British Touring Car Championship race-winner Tom Chilton, who will drive for Hyundai, and experienced endurance racer Oliver Webb – a late addition to a four-car line up from Italian touring car specialist Romeo Ferraris, which has developed the electric Alfa Romeo Giulia that will challenge the Leon and Veloster N.

An eye on the future

Mancunian Webb, 30, is a prolific racer who enjoyed a solid junior single-seater climb before switching to a career in sports cars. For the past five years, he has raced primarily for ByKolles in LMP1 machinery while maintaining a varied career away from the World Endurance Championship.

The German team has a new Le Mans Hypercar on the blocks, but with little sign of it being entered in the WEC or the Le Mans 24 Hours this year, Webb has sought alternatives – including Pure ETCR, which will embark on a five-round season in Vallelunga, Italy.

“It’s of interest to me, given the future of racing and to make sure I’m on the right wave at the right time,” says Webb. “I was close to getting a drive in Formula E in year one [2014], which has shown that if you’re there early, you can get a good career out of it. 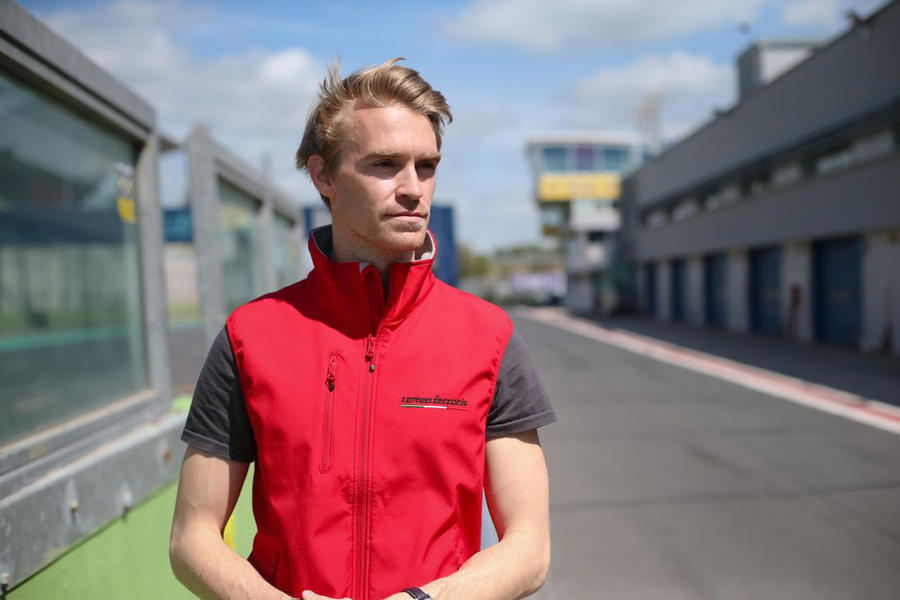 “I’ve tested both generations of Formula E car and had a go at the [short-lived] Jaguar I-Pace eTrophy car, so when Pure ETCR came about, I asked to be kept in the loop. Romeo Ferraris had a test coming up, we got in touch and they said ‘come and try the car at Vallelunga’. We had such a good first day together that we made a decision there and then that I should do it.”

The deal was only announced at the start of this month, so how much time has Webb had in the Giulia? “About 12 laps!” he replies. “So it’s going to be a fun first round. I’m the last driver to sign up for the series, but I’ve got a longer view and target beyond the first race. We want wins and podiums, and if they come straight away, that’s great, but we’re not oblivious to the fact that there are some big manufacturers in there, in Hyundai and Cupra, which have done plenty of laps and were ready nice and early. But we will do what we can among some great names.”

At Pure ETCR’s launch event last February, the organisers made it clear that their focus wasn’t on “saving the planet” – a pointed reference to Extreme E’s climate change crusade. Instead, Williams Advanced Engineering, which also supplies the battery for Extreme E and will do so for Formula E’s forthcoming Gen3 car, was commissioned to contribute to a bespoke system that puts the power in powertrain.

Range is an all-too-obvious shortfall of EVs, so forget trying to create ‘normal’ motorsport: Pure ETCR makes a virtue out of its limitations, hence the blink-and-you-will-miss-it race plan. At the behest of Marcello Lotti, the brains behind conventional TCR racing, WAE came up with motors offering 402bhp of continuous power and a 670bhp peak, plus a 62kWh battery that can be charged from 10-90% in just under an hour by the series’ portable hydrogen fuel-cell chargers.

“I was shocked by the amount of power it has,” says Webb on his first impressions. “Yes, it’s a touring car and it’s bigger and heavier than a Formula E car, but those make 335bhp, and this makes close to 700bhp. That’s a lot of grunt.

“And the format of the racing is exciting. These rallycross-style, highintensity ‘battles’ are a great idea. People will appreciate they are not trying to pretend it’s the same as petrol racing. Their approach is ‘let’s make this exciting with technology that also happens to be saving the planet’ rather than ‘we’re aiming to save the planet, and we hope the racing is exciting too’.”

While Pure ETCR’s range is limited, the same certainly can’t be said for Webb. He must be one of the busiest professional racers around right now. Aside from his EV quest, Webb has also joined ARC Bratislava for a return to the LMP2 class in the WEC.

Webb is also back racing on the UK national scene, driving a McLaren 570S GT4 in the GT Cup with amateur Iain Campbell. And to add true diversity to his racing life, he has already embarked on his first season in historic cars alongside Guy Ziser.

“Guy has got a Jaguar E-Type, a short-wheelbase Porsche 911 and a GT2 BMW M3,” says Webb, “so we’re doing Masters Historic, HSCC, Peter Auto and the Goodwood Revival as well. He’s keeping me busy!” 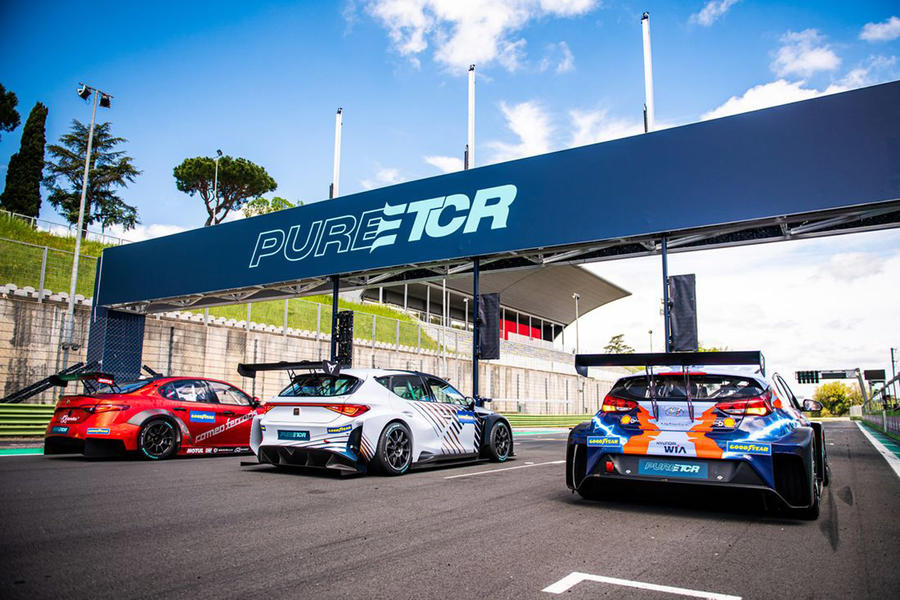 And ByKolles? Webb won’t rule out racing its LMH but says the team will watch how fellow privateer Scuderia Cameron Glickenhaus fares before committing to a full WEC campaign in 2022.

“With so much changing in motorsport at the moment, it’s good not to have all my eggs in one basket,” he says. “I get to go to classic race weekends, drive in futuristic electric motor sport and meet in the middle to do Le Mans. I’m selfish!”