BACK TO ALL OPINION BLOGS
Currently reading: Racing lines: It's just the start for Sutton
UP NEXT
Opinion: Vandoorne back on form as Formula E hit Monaco

Racing lines: It's just the start for Sutton

The BTCC king is aiming for all the records. We wonder who can stop him
Open gallery
Close

The light faded on the 2021 British Touring Car Championship and brake discs glowed orange as the tin-tops dived into Paddock Hill Bend. Up front, Ash Sutton serenely drove into the distance to score his fifth and final race victory of a clinically relentless campaign. The points leader since the second weekend of the season had already calmly wrapped up his third BTCC title and second in succession in race two and now, as he put it, “the handcuffs were off” to fully express himself without the worries of ensuring a further haul of points.

It was almost dark as he took the chequered flag in race three at Brands Hatch – much darker than it looked on the telly – as Sutton closed out his phenomenal season in a perfect manner.

A third BTCC crown lifts him into special company. Sutton’s name now sits in the record books beside illustrious figures from the distant past such as Bill McGovern, Frank Gardner, Bernard Unett and Win Percy, along with more recent triple champions from the modern single-class era Matt Neal and Gordon Shedden. But at just 27 years old, Sutton is comfortably the youngest to achieve three, has pulled off the feat in aremarkable six seasons and has everything going for him to smash the BTCC’s win records in the years to come.

First, he has his sights set on equalling the title record held jointly by Andy Rouse and main rival Colin Turkington. Next year, the classy Northern Irishman will be looking over his shoulder as Sutton bids for his fourth championship – but Turkington would prefer craning his neck than staring at his young adversary’s taillights once again.

The 2021 champion is unashamedly ambitious about what he’s targeting. “We’re just one step closer to where we want to be,” said Sutton in the wake of his Brands victory. “I want to go down as one of the greats inthe BTCC, and if that means we’ve got to go after more championships, then we’re going to do it. If I beat Colin to five [titles] I’ll be really happy. He’s a tough one to beat but we’ll match him first and then go from there.

“Obviously we’ll put a plan together over the next couple of years and see what we can do. The ultimate goal is getting the most championships.”

To Infiniti and beyond 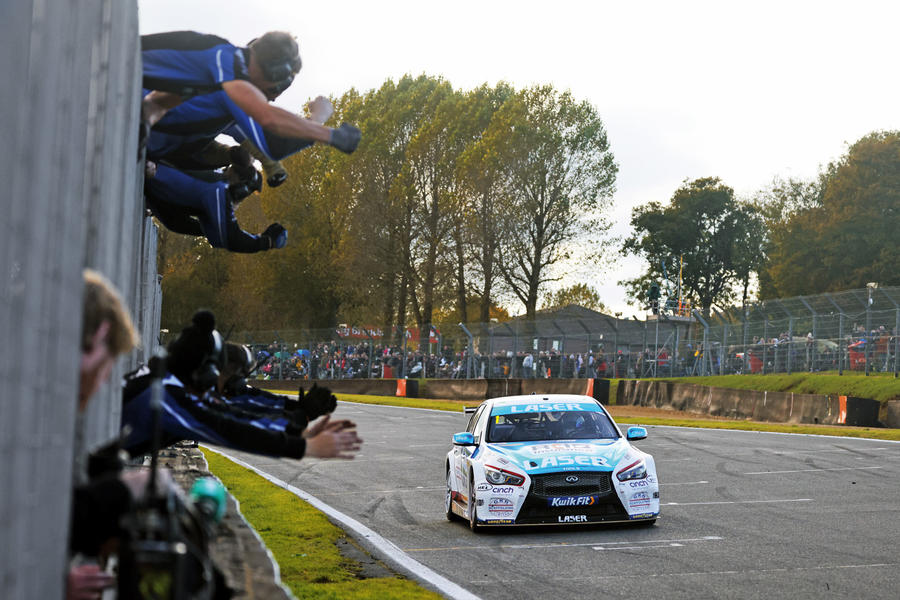 To defeat a works BMW team run by the vastly experienced West Surrey Racing over two consecutive years is breathtaking, but to do so with an Infiniti Q50 that is close to obsolete following the brand’s withdrawalfrom Europe just rubs it in. Since its amalgamation last year with BMR Racing, with whom Sutton claimed his first BTCC title in 2017 driving a Subaru Levorg, Laser Tools Racing has tapped fully into the Q50’s potential as a tin-top racing weapon. Solid engineering combined with a determined driver mature beyond his years has paid dividends.

The Infiniti’s rear-wheel-drive configuration has contributed to Sutton’s ability to deliver consistent qualifying speed each weekend even when carrying the maximum success ballast of a heavyweight 75kg in 2021. In contrast, the front-wheel-drive majority tended to struggle when loaded up, only finding more representative speed when the weight was removed for race two – by which time they were playing catchup after starting lower down the order for race one. In such an intensively competitive championship, scoring regularly rather than winning each weekend is the key to title success, and Sutton and his team have mastered the approach.

Success ballast is a racing artifice but, as every driver has to accept, the BTCC is primarily entertainment made for live TV – and it works brilliantly in that regard. What’s intriguing now is the reset that is coming for next season. Brands Hatch marked the end of an era, with success ballast now to be dropped in favour of a fresh levelling system using the extra power boost that will come from the BTCC’s new Cosworth-builthybrid powertrain. Instead of weight, Sutton and his rivals will need to learn to manage the extra 40bhp the hybrid will add for up to 15 seconds per lap. The better their previous result, the shorter amount of time per lap they will gain from the boost.

As ever, the most intelligent drivers and switched-on engineers will adapt the best, so there’s no reason to think it will derail Sutton. But having made the best of the BTCC’s weighty issues, the playing field will at least be levelled once again for Laser Tools Racing. The new era begins at Donington Park on 23-24 April – and we can’t wait.

Jamie turns up the (chad) wick 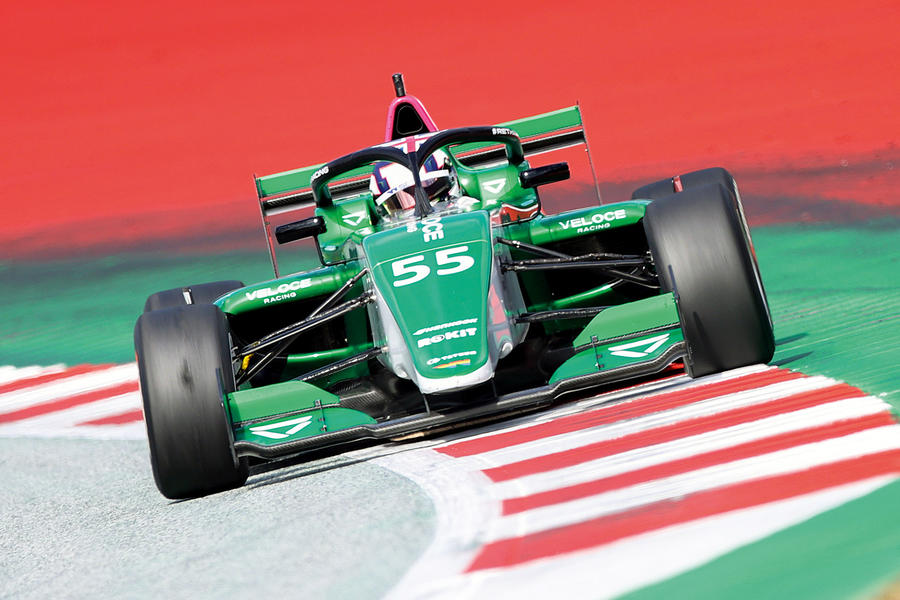 As Sutton soaked up his moment, over in Texas Jamie Chadwick was completing her own near-perfect title defence with a dominant pair of W Series victories at the Circuit of the Americas in Austin. In front of Formula 1 and the Williams team she works for as a simulator development driver, the 23-year-old took the third and fourth wins of her campaign to end the hopes of fellow Brit Alice Powell and claim a second title.

There was a significant prize fund at stake. The all-female set-up and F1 endorsement has made W Series a big showcase for a grid of drivers who would struggle to get a grip on the slippery single-seater rungs without it. Chadwick was under pressure given Powell’s fine form, and even though they were equal on points coming into Austin, it was the latter who carried the momentum. But that all changed in the Lone Star State. “This means so much,” said Chadwick. “The stakes were so much higher than the first title in 2019 and to top this season off the way we did, I’m just so happy. Alice pushed me all the way.” What’s next? A real Williams F1 test, surely. After her Austin performance, Chadwick has earned it.