BACK TO ALL OPINION BLOGS
Currently reading: Why the time is right for hypercars to take over Le Mans
UP NEXT
Autocar's favourite racing drivers: Lewis Hamilton

Toyota's dominance showed the failings of the expensive LMP1 class, but new 2020 rules should spice up the spectacle of the endurance classic
Share
Open gallery
Close
Share story

This year’s 24 Hours of Le Mans ended with a feelgood story that will generate plenty of publicity: Toyota finally taking its first victory in the endurance classic, with Fernando Alonso part of the winning line-up. But behind those headlines, the battle at the front of the field was hardly a classic.

Sure, the two works Toyota TS050 Hybrids battled for glory and traded places on multiple occasions, but this really was a two-horse race. Toyota was the only works team running a hybrid car in the top LMP1 division, and its competition consisted of privateer teams running non-hybrid cars. Without denigrating the efforts of those teams, they were in a different league.

That’s not intended to knock Toyota’s achievements either. Surviving Le Mans is never easy (remember when a technical problem sidelined Kazuki Nakajima’s leading Toyota in the final minutes of the race in 2016, gifting the win to Porsche?), and the firm also deserves credit for continuing to invest heavily despite having no rivals.

The problem with the current LMP1 cars is that they're hugely expensive and complex. That was manageable when there were three manufacturers, but now that Audi and Porsche are gone, there simply aren’t any other firms prepared to invest in the machinery - especially for a category that only really gains wider attention beyond motorsport fans for one weekend per year.

In that context, it was good timing to reveal new rules for the top class of endurance racing from 2020 onwards the day before this year’s race. The new rules promise to slash costs by introducing strict aerodynamic and power controls yet still allowing manufacturers both considerable powertrain freedom and the ability to make cars that look like roadgoing models.

The new rules borrow from the success of both the LMP2 prototypes, which feature control parts and design elements to keep costs in check, and the GTE Pro class, which uses a Balance of Performance (BoP) system to ensure cars firms running a wide variety of machinery can fight for the win.

Before the start of this year's race, works Porsche driver Nick Tandy told Autocar how GTE Pro's intense competition arguably made it tougher for drivers than LMP1. 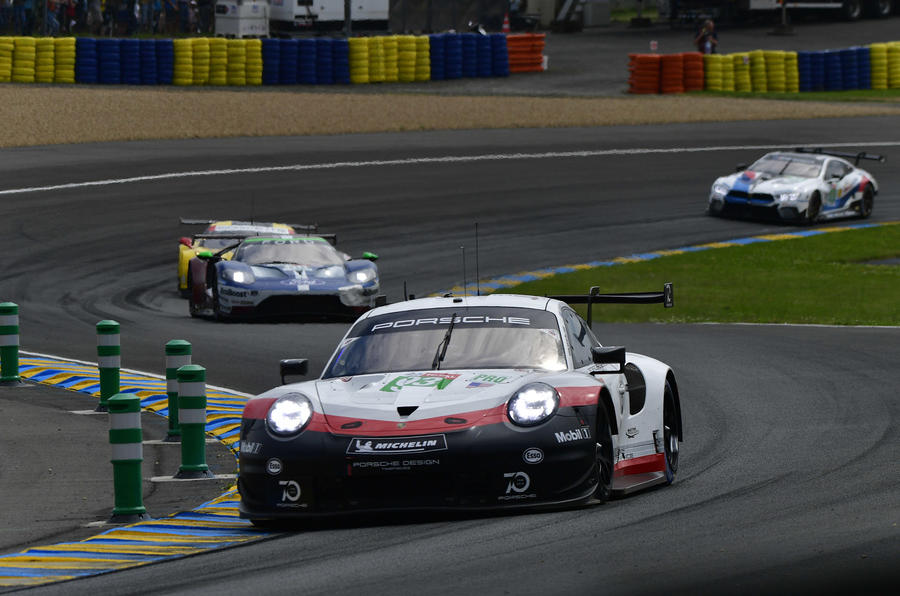 The fact that both those classes are so strong bodes well for the new category. Former Formula 1 racer Paul di Resta was part of a high-quality driver line-up in LMP2 this year, making his Le Mans debut with United Autosports. And he was impressed by the division.

“The biggest thing that struck me is how quick an LMP2 car is for what it is, and there’s a lot to be said for the division when it’s within seven seconds a lap of the top class," he told Autocar. "When you look at the performance compared to LMP1, it’s incredible what you get out of an LMP2 car for the money.

“You’d love to be driving that Toyota at Le Mans, of course, but you want to see manufacturers coming in and battling hard and competitively.” 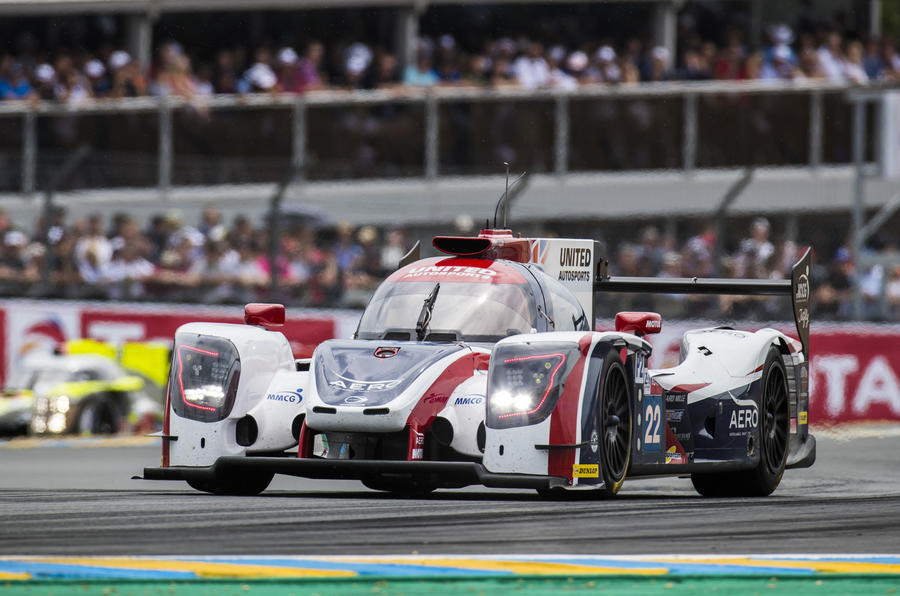 While the GTE Pro-winning Porsche 911 RSR took a comfortable victory, the class featured some huge battles between manufacturers, including a wheel-hanging scrap for second between Porsche and Ford in the closing hours of the race.

If motorsport bosses can truly develop a set of rules that will allow manufacturers to come in with road-style cars and fight like that for the outright win for 24 hours, count me in. There are challenges, of course. Trying to keep costs in check in motorsport is easier said than done: top teams and manufacturers have a habit of finding new ways to burn cash in a bid to find an edge, no matter how small.

And BoP rules raise questions of purity. This year, firms that struggled in qualifying lobbied for BoP tweaks to help make them more competitive, but shouldn’t they have just knuckled down and tried to find pace the old-fashioned way?

It’s a fair question, and it does concern the purist in me. Part of the joy of Le Mans has always been how open it is to new technology and creativity. That risks being lost if the new rules aren’t written carefully.

Still, I’m encouraged. Look at the firms building hypercars who've been hinting like mad that they’d love to run such machines at Le Mans. Notably, Toyota chose the event to show its new Gazoo GR Super Sport Concept, which looks very much like something designed to showcase the planned 2020 rules. That raises hopes that they’ll return to challenge for future Le Mans wins – and be made to work for them. 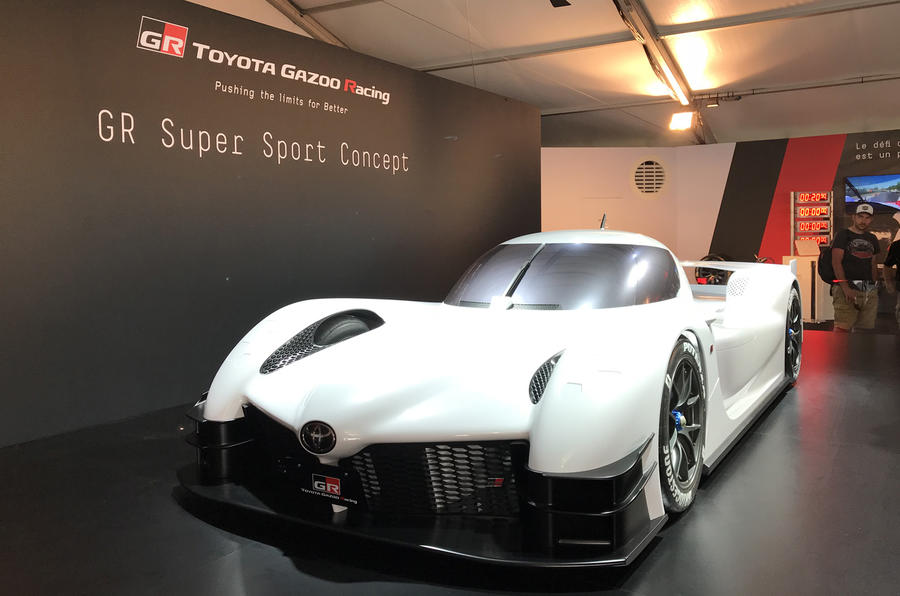 Think ahead to 2020 and picture this: Toyota, Aston Martin, McLaren, Ferrari, Ford, Porsche and more, for 24 hours, fighting for the outright victory.

Alonso and Toyota winning Le Mans is a great headline and a great story. But having all those firms battling would offer that as well as the prospect of a great race.

I'm not so sure

The concept seems to have been well received but I do have some doubts - not just about this proposal but the way the whole motor rcing industry is governed.

Bernie was very successful in convincing the world that F1 is the only thing that really matters and so hoovered up most of the loot around. Then the FIA decided that one-make formulas were the answer to everything. At a stroke that destroyed an entire industry - the small racing car manufacturer. Hell, if Lola & Reynard couldn't survive what chance was there for the likes of Van Dieman, Royale or Merlyn? What about Ginetta who have invested millions in developing an LMP1 only to discover that it's going to be obsolete asap.The days when a Bruce McLaren or Dan Gurney could get out a piece of paper and doodle a design are long gone, of course but I do wonder if this move by the ACO is another dagger to the heart of Ligier et al.

Cost cuts are coming to F1. That means job losses in the UK especially. It's difficult to see where those affected will find work going forward.

I, for one, think it's a tremendous idea.

But, if anything, reduce BoP or get rid of it altogether. If a brand has to relocate their engine to be competitive then they should go away and design a decent car if they want to go racing.

Would hypercar manufacturers like Aston Martin, Ferrari and McLaren etc really relish a formula which saw them facing the possibilty of being beaten on the world stage by the makers of the Aygo and Yaris?