BACK TO ALL OPINION BLOGS
Currently reading: Racing lines: Is the Nürburgring the hardest 24 hours of racing?
UP NEXT
Opinion: Mercedes EVs will get you home on the range

It’s a 24-hour sprint on the most difficult track in the world, and one mistake can destroy everything
Open gallery
Close

To race one car in the most demanding 24-hour race of them all should be enough for anyone, but this weekend GT specialist Klaus Bachler will double up – and not even because he has to.

The 29-year-old Austrian is to be the focal point of the Falken Tyres team at the Nürburgring 24 Hours as the Japanese company marks its 10th anniversary as an entrant with a Schnabl Engineering-run Porsche 911 GT3 R pairing, and he’s relishing the chance to drive them both. Talk about a glutton for punishment.

It will be nothing new for Bachler: he pulled off the same feat last year, when the pandemic forced the race to be run in September, a week after the Le Mans 24 Hours. Back then, circumstances forced Falken’s hand.

“Not all of our drivers made it to the Nürburgring after one of our guys tested positive for Covid-19 at Le Mans,” Bachler explains. “Even though he then tested negative, the team decided to be extra safe, so we were down to just six drivers for the two cars. 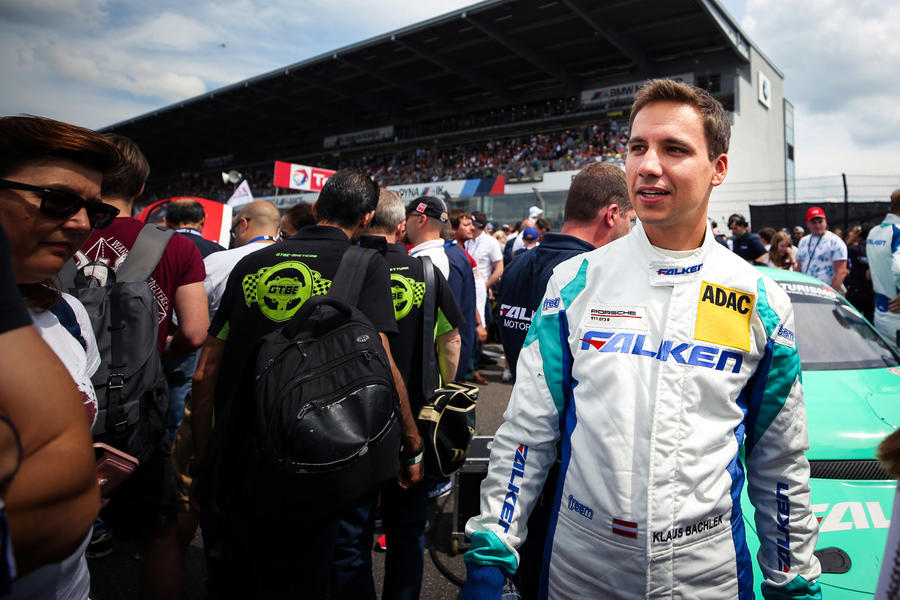 “But this year, it’s planned that I’m driving both, and it’s cool. I jumped at it. It’s more work, more pressure, but I like the challenge. If everything goes to plan, I will do around 12 or 13 hours, doing the start in one car and the finish in the other – although you never know what will happen in this race. Everything can happen on the Nordschleife.”

The hardest to win

This will be Bachler’s sixth start at the Nürburgring 24 Hours, although he has vast experience of the 15.77-mile track that combines the fearsome old Nordschleife and the modern grand prix circuit, having clocked up “around 25-30” races in the Nürburgring Langstrecken Serie (the NLS, formerly known as the VLN).

“It’s one of the biggest 24-hour races of the year and, in my opinion, the most difficult to win,” he says. “I’ve driven the 24-hour races at Le Mans, Daytona, Dubai and SpaFrancorchamps, but this is the most difficult because the track is hard to compare to anything else. None of the others are easy, of course, but at the Nordschleife you have no room for error. Plus there are so many cars on track and all competing at different speeds.

“It’s a 24-hour sprint race on the most difficult track in the world, and one mistake can destroy everything.”

A total of 125 cars make up the entry this year, an increase from 96 in 2020, split across 24 sub-classes. Falken’s two Porsches are among 34 top-end GT3 entries, which also include factory-supported teams representing Audi, BMW and Mercedes-Benz. For Germany’s big four, bragging rights about victory at the Nürburgring really count.

“It’s incredible,” says Bachler. “When you haven’t raced there even for a couple of weeks, you can really feel how quick the corners are in your first laps. The track is very narrow, and although we don’t have the top speed we used to, because of rule changes to slow the cars in recent years, the cornering speeds are still amazing.”

Anyone who has sampled the Nordschleife knows the weather is an unescapable factor at the place Sir Jackie Stewart famously dubbed The Green Hell. “You can go from 30deg and sunshine to it raining like hell in one day,” confirms Bachler. “It’s already demanding in dry conditions and takes a lot out of you. Also it can be raining in one area and not at all in another. Rain at night at the Nürburgring, especially with a helping of fog, is the most difficult combination you can get. That’s why it’s the toughest in the world.”

Huff back in WTCR

Before the Nürburgring 24 Hours gets under way on Saturday afternoon, the opening two rounds of the 2021 World Touring Car Cup (WTCR) will play out on the Nordschleife for what has become an annual highlight of the hard-fought tin-top series. And this time, an old favourite will return after a year away to offer a welcome dose of British interest.

Rob Huff, who was World Touring Car champion with Chevrolet in 2012, lost his drive last year when Volkswagen withdrew its factory-blessed motorsport interests for anything that wasn’t electrically powered. But after a season in which he conquered the Swedish Touring Car Championship (STCC), the 41-year-old is now back where he belongs, driving a Cupra Leon for Hungarian team Zengö.

“Volkswagen’s withdrawal made it very difficult to find a drive that was appealing, doable and sustainable for 2020,” says Huff. “It was the hardest year to stay in the world series, and I was considering, effectively, that being that. We had had a few tough years, and there was the realisation that it could all be over and that I would have to focus on other stuff.

“Then I met the wonderful Fredrik Lestrup and had a fantastic year in the STCC [piloting Lestrup’s own Volkswagen Golf GTI TCR].

“To win the title was an amazing achievement for myself and the team, and that really resparked my fire, my love and passion for motorsport. Then obviously the phone rang from the lean green Hungarian team!" 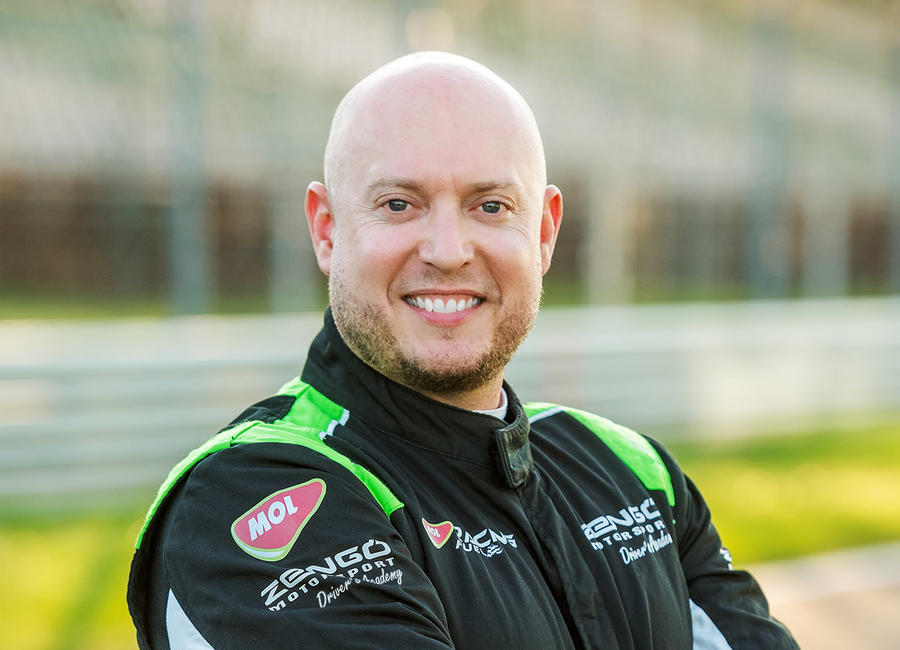 Zengö has long been considered an unfancied minnow in the WTCR but, as Huff says, that is changing – and his arrival at the team will only fuel the progress of an outfit that can also boast highly rated Mikel Azcona and veteran Jordi Gené, who will be making his series debut at the age of 50.

“I just love what they’re doing,” says Huff. “Zoltán Zengö is probably the friendliest man in the paddock, and to have an opportunity to come back with them, with what they’ve created and what they’ve built, is the perfect scenario. Zengö will surprise a lot of people, and we will be coming like a storm.”

Yep, a great race track. Respect to anyone who is going to be driving that circuit in any form of serious competition especially if it's at night and or in poor weather though I'm sure that won't bother professional drivers all that much, spearking of which I saw a youtube video of Mr Robert Kubica really thashing the a** off an modified M4 around the Nürburgring like only an F1 driver can, well worth watching more than once. I will try to catch some of this race I get a spare bit of spare time.