BACK TO ALL OPINION BLOGS
Currently reading: Jeep Wrangler – this is how to reinvent an off-road icon
UP NEXT
Opinion: BTCC is the easiest way to see Britain's best driving talents

Jeep Wrangler – this is how to reinvent an off-road icon

The new Wrangler has been successfully reinvented; it could hold some lessons for Land Rover's Defender successor
Open gallery
Close

In Britain, we all rightly feel invested in the Land Rover Defender and have our own idea on how it should be reinvented (and it will be reinvented, the full story on 'how' you can read in this week’s Autocar magazine, if you’ll forgive the sales pitch).

Yet there is an off-roader that is to many around the world as iconic as the Defender that has undergone its own reinvention this week: the Jeep Wrangler.

It’s not just seen as an icon for Jeep and the off-road world, but as an icon of America. Jeep might not be huge in the UK, but do not underestimate just how big and significant a company it is around the world: last year, it sold 1.4 million cars - more than twice as many as Land Rover.

And the Wrangler is its iconic model, the model that must cross every landscape and terrain, with a significance that goes far beyond sales figures and pounds and pence: it gives the whole brand its authenticity, as the Defender (which we've imagined in the image below) does to Land Rover.

“The Jeep Wrangler can trace its lineage back to 1941,” Jeep boss Mike Manley told me at the Los Angeles motor show, where the new Wrangler received its full global unveil. “It was not only the start of the brand, but the mainstay of the brand. It’s recognised around the world as an American icon, and is instantly recognised. I can be in Singapore and everyone will know it. 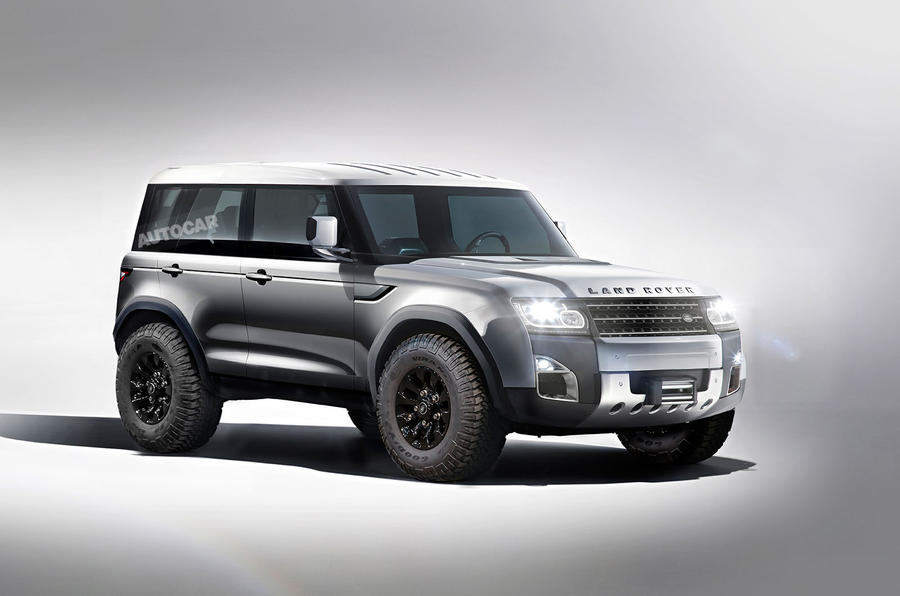 “It’s the very embodiment of the brand. It’s the authenticity, the freedom and adrenaline, and connection to the outside. It’s cherished, so you can see how important it is to get the next-generation car right.”

That new one might not look new at first glance but, as Manley points out, stick it next to the old model that went on sale in 2006 and the older model all of a sudden looks very dated.

Manley said Jeep started from scratch in remaking it but ensured that, despite all the changes and the “future proofing” that needed to be done to take the car deep into the 2020s, it had to be “recognised as a Wrangler”.

Four things Manley points out of particular significance include the 9% improvement in aerodynamics and associated improvement in fuel economy that brings; the improvements in ride and handling for the on-road performance while at the same time increasing off-road capability; the technology upgrades that include the ability for a plug-in hybrid to be fitted in 2020 and a mild hybrid through a 48V system next year; and how cleverly integrated all the safety technology and associated had been done without impacting on a single design detail on the car.

Jeep has reinvented it, then, by making it better but keeping it as a Wrangler. It was hardly unpopular, selling around 200,000 units a year for the last couple of years, with sales growing all the time. That’s 10 times more popular on the balance sheet than the Defender ever was at the end of its life, which shows the task Land Rover has on its hands. It has just as iconic a design to reinvent - arguably even more so - and must ensure the sales success comes as well.

Whilst I like the look of the 'new' Wrangler, it can hardlt be described as re-invented.....mild cacelift maybe....some new wheels, bonnet vents - new bumpers- larger info screen nailed into the dashboard. But thats about it, Its a facelift and none the worse for that. I would hate to see the Wrangler 'soft-roadered'

The Wrangler was always a better drive than the Land Rover, but never taken seriously as a work tool in the UK (partly due to the lack of a pick-up version). Although its off road ability has never been in doubt, it is seen as a beach bums toy.

It's not a facelift. You need

It's not a facelift. You need to look past its superficial similarity to the old model.

Indeed Scrap, if a new

Indeed Scrap, if a new interior, exterior, engines, transmissions and heavily updated chassis is a mild facelift then 289 probably thinks the Defender went into production in 1948.

It's too late for the

It's too late for the Defender, sadly. It will be a rebodied RRS with added 'lifestyle'.

With Gerry McGovern at the helm, and no doubt the full backing of the board, JLR has completely lost touch with the market for true work/leisure off-road vehicles. I don’t believe they have any intention of trying to break back into a market that lacks the high profit margins and glamour of their current very highly priced range. I understand why Defender owners and fans of the brand and it’s illustrious heritage long for the return of a world class 4x4 suited for the most arduous conditions, but it’s not going to happen.

I’ve owned a Wrangler TJ in the past which was modified and enormous fun off-road. This is a niche market that most drivers either don’t understand or mock. That doesn’t matter. I commend Jeep for continuing to build on their legendary heritage and appreciating how one vehicle can encapsulate the essence of a brand. I for one can’t wait to see the new Wrangler in the UK and buying one if it meets my expectations.