BACK TO ALL OPINION BLOGS
Currently reading: Racing lines: the stars shined at this year's Goodwood
UP NEXT
Opinion: Is stripped-down BMW M4 CSL worth the weight?

Racing lines: the stars shined at this year's Goodwood

It was as if we had never been away.

The experience of attending the Goodwood Festival of Speed (FoS) this year, for the first time since 2019, following its cancellation last year due to the pandemic, felt ridiculously normal and at the same time a little disconcerting in the wake of everything we’ve all been through.

Large crowds descended on the beautiful West Sussex estate earlier this month, thanks to the event’s status as a test within the UK government’s Events Research Programme, which meant no face masks or social distancing. Yet on the same day, my parents attended a wedding at which there could be no music or dancing. Go figure.

The checks for negative lateral flow tests or proof of double vaccination at the gates were seamless and added just a few minutes to entry, before we were crossing the footbridge over the start straight en masse, shoulder to shoulder as usual.

It was odd how quickly everyone fell back into old routines, especially when Goodwood served up wondrous delights to distract from any uneasy questions about whether this was entirely sensible. What a line-up. This year more than any time since its founding in 1993, the FoS couldn’t be taken for granted. 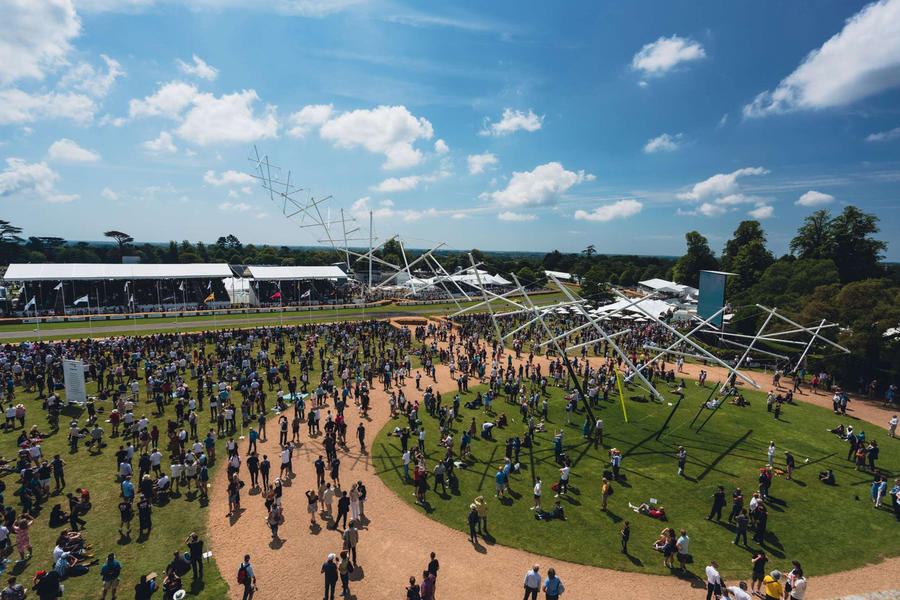 Did you go? If not, perhaps you caught some of it on the livestreams. Highlights are entirely subjective, of course: we all take something different from the world’s greatest motoring garden party. I’m always drawn first to the top paddock to discover which Formula 1, sports car and rally classics have been unearthed – and for me, you can’t beat a Martini-liveried Brabham BT44B from the mid-1970s.

Gordon Murray had brought his own this year, carrying ‘Carlos’ stickers on its flanks in tribute to Carlos Reutemann, the Argentine F1 great we lost this month.

Typically of Murray, beside the BT44B sat the designer’s incongruous, tiny and very orange Formula 750 IGM T4 special, which he began building but never finished on arrival in the UK from his native South Africa 50-odd years ago, now complete and making its public debut. Murray bubbled with schoolboy enthusiasm as he showed off a T-shirt under his race overalls emblazoned with an image of the funny little car. Beyond all the shiny corporate bits, that’s the true spirit of the FoS right there.

Beyond the endless displays of alluring metal, it’s the people you see at Goodwood that really brings the festival alive. Roger Penske hadn’t been to Goodwood since he raced a Ferrari 250 GTO at the Motor Circuit in the 1963 Tourist Trophy. It’s amazing that he hadn’t returned before now, but the Duke of Richmond always gets his man – well, nearly always. The ‘big one’ who he has never managed to lure across the Atlantic is AJ Foyt, and given that Super Tex is 86 and not exactly in the prime of health, perhaps he’s one who will get away.

Penske, the most important, influential and powerful man in US motorsport, looked in great shape as Goodwood this year chose to honour ‘The Maestros: motorsport’s great all-rounders’. Penske’s own driving career was short yet not without promise, but it was as a team owner who ran some of US racing’s greatest in Indycar, Can-Am, Nascar, sports cars and even F1 that he ticked that box and then some. Penske even drove up the hillclimb in the Porsche RS Spyder LMP2 that his team ran to Sebring 12 Hours glory. Not bad for a guy of 84. 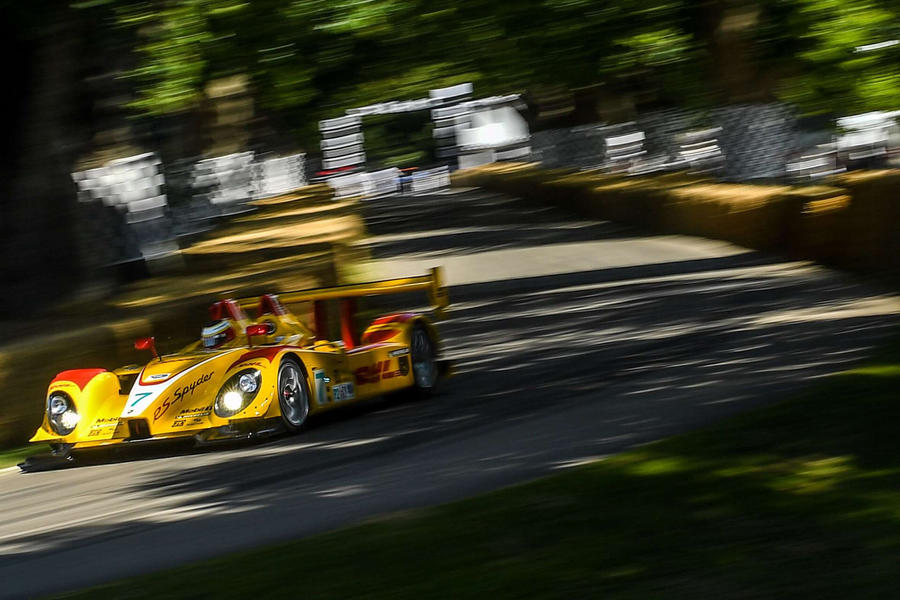 Tom Cruise turned up on the Sunday, having watched the women’s final at Wimbledon the day before and ahead of attending a certain football match at Wembley. If only he had come in character as Cole Trickle from his glorious Nascar movie Days of Thunder…

But film stars… pah. They’re nothing compared with Mario Andretti, who was oozing charisma and charm as he always does.

Reunited with old friends and rivals Sir Jackie Stewart and Emerson Fittipaldi, Andretti was like a pig in the proverbial, especially when he got a run in a 1952 Ferrari 500 that was raced to F1 title glory by his childhood idol, Alberto Ascari. Andretti is 81 now, Stewart 82, Fittipaldi a mere 74… Having recently lost the likes of Sir Stirling Moss and Murray Walker, it’s imperative that we cherish every moment we can grab with such towering heroes of motorsport. Reutemann’s passing only rubbed that in.

Bell chimes on the hill

Proper speed on the hillclimb is something Goodwood has been cautious to encourage in the wake of serious accidents that included the tragic deaths of a driver and a marshal in 2000. But in recent years, the Sunday afternoon shootout for the fastest time of the weekend has gained an all too familiar edge.

Jack Tetley’s shunt in a Chevrolet Camaro stock car (or was it actually Cruise as Trickle?) was a reminder of how things can unravel when drivers get carried away. Still, it was assuring how well the quaint straw bales contained the Chevy as it ping-ponged across the narrow track, Tetley having dropped two wheels on the grass on the run to the finish.

Once the significant mess was cleared away, McLaren works GT driver Rob Bell did the quickest run, taking just 45.01sec in a moody black 720S GT3X. 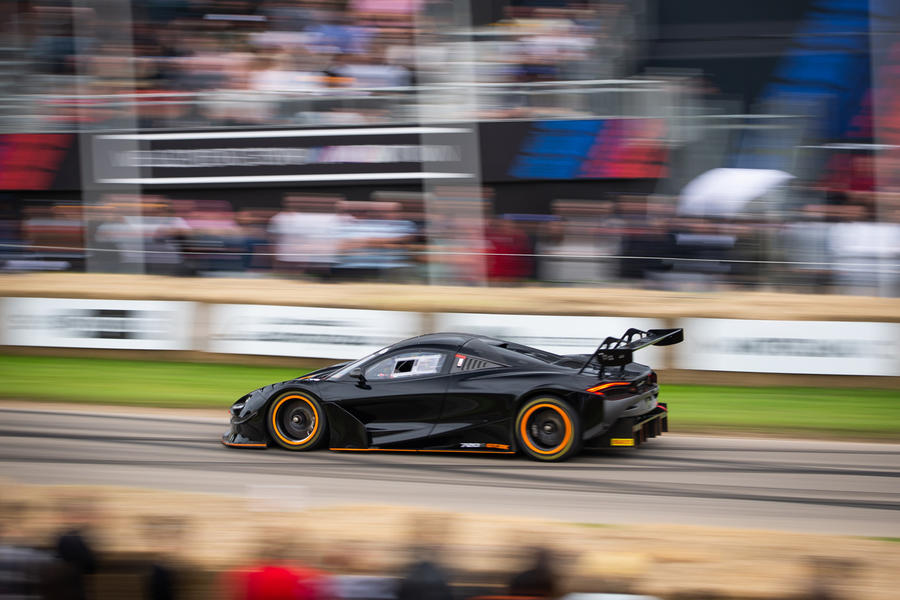 Okay, it was nowhere near Romain Dumas’ ultimate record of 39.90sec, set in the Volkswagen ID R electric prototype on a memorable afternoon two years ago, but his effort was plenty quick enough, especially with rain on the way. We all love to see someone giving it a proper go on the hill, but it’s always dicey – for the duke and his dedicated team as much as the drivers and riders.

Strange as it may seem, the FoS is about so much more than what it says on the tin. It was terrific to have it back.

The stars of the Goodwood Festival of Speed car park