BACK TO ALL OPINION BLOGS
Currently reading: Life with a used Renault Clio Renaultsport 182 – part 1
UP NEXT
Opinion: BTCC is the easiest way to see Britain's best driving talents

This 13-year-old hot hatch hasn’t moved in nine months. Can it be returned to its former glory?
Open gallery
Close

I’ve been putting it off for months, but this week I’ve finally decided I’m going to do it. I’m going to save the Renault Clio.

My old Renault Clio Renaultsport 182 – as it was officially called in 2004 – is a 54-reg, in Racing Blue, all boxes ticked model, with a healthy 120,000 miles on the clock from its original engine and gearbox.

At a glance, it looks to be in good condition, but examine closely and you’ll spot a face full of stone chips, paint flaking off the Speedline Turini wheels (sourced from a Clio 172 Cup and badly spray painted by me) and heat-damaged front tyres.

The brakes are also dodgy, the steering wheel's ‘pleather’ is crumbling, and the last time the car ran, its 2.0-litre F4R engine had developed an inconsistent and unpredictable misfire. Then the front right spring cracked and it’s been off the road since. 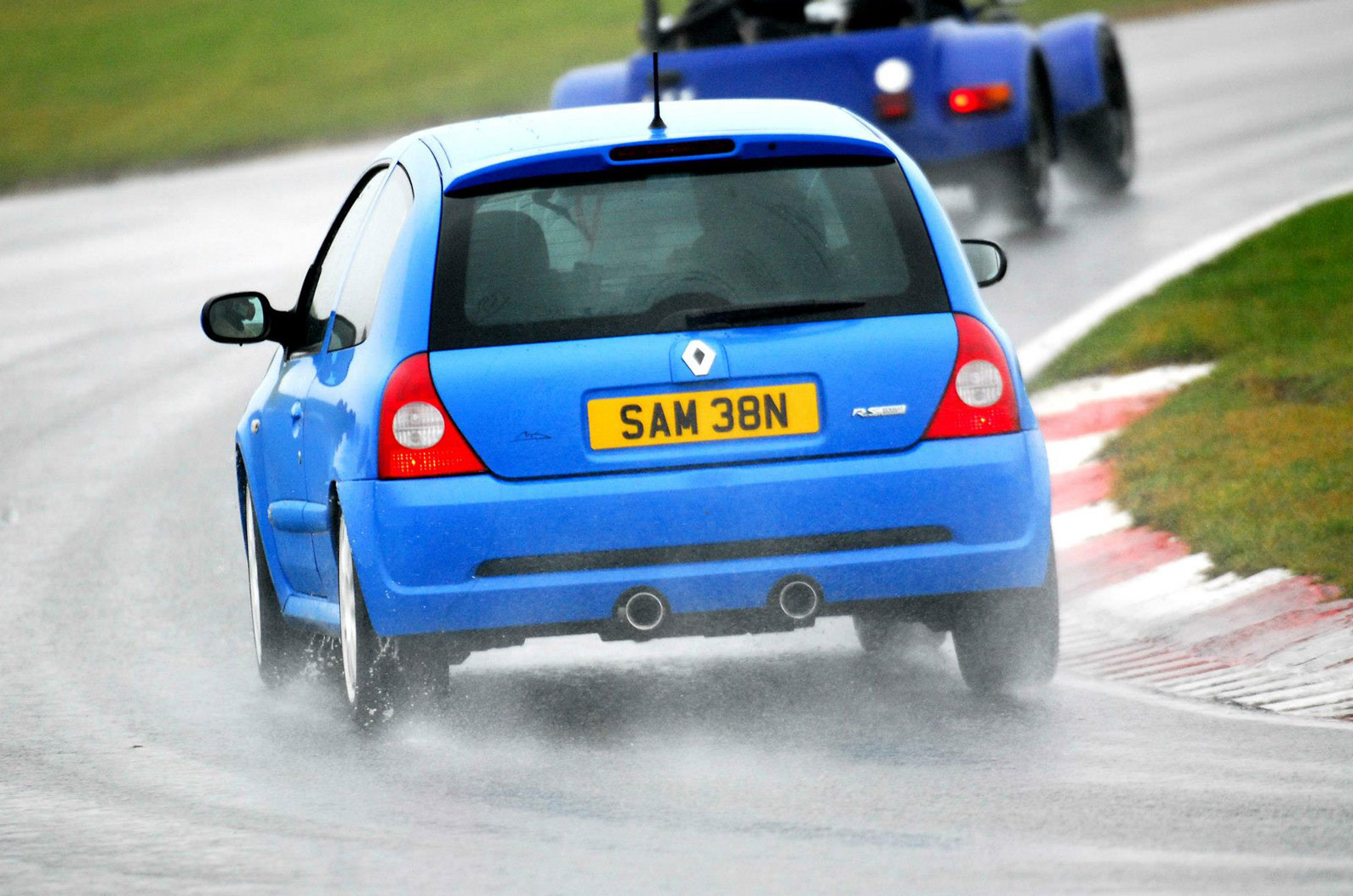 I must confess that most of the faults have come thanks to the life this car’s lived. It’s spent thousands of miles on track (see picture above) and countless more thrashing along B-roads. I can trace almost all of the problems back to a moment or period in the car’s life – the cracked spring was likely due to me clouting a kerb at Rockingham a couple of years back, and the dodgy brakes are most probably due to air in the system after long abuse.

Yet it’s taken me until now to build up the funds (and courage) to get working on the car. The target is to have it both MOT'd and taxed by April. Then I intend on turning what is a half-hearted attempt at a track car into a properly fast road weapon.

Right now it has a Sparco Sprint bucket seat, Eibach Proline springs, Ferodo DS2500 brake pads, a Yozzasport exhaust and an induction kit and custom remap from K-Tec Racing - a setup that proved to be great for the year before things started to go wrong. At its last rolling road session, the engine was producing a healthy 186bhp.

So, the plan from here will go like this: once the misfiring is cured, I want to add slightly lower Eibach Sportline springs, a racing steering wheel, harnesses, new tyres and a half roll cage. I also want to get the wheels painted silver - but by a professional this time.

Of course, first on the agenda is getting the engine running properly. The plugs are fairly new, so I guess a good place to start is by changing the ignition leads. My wallet is already trembling.

Really looking forward to this. have had 172 cup for 10 years and was thinking of upgrading parts or just cleaning up. will see what you do with yours!
jason_recliner 11 March 2017

I hope you get it going again. Looking forward to reading about your project.
View all comments (4)