BACK TO ALL OPINION BLOGS
Currently reading: Why Simon Cox is good news for Infiniti
UP NEXT
Matt Prior: Sometimes being a car journalist is a pain in the back

Why Simon Cox is good news for Infiniti

The creative and far-sighted appointment of 53-year-old British designer, Simon Cox, as design director in a new Infiniti design studio strikes me as great news for Infiniti.

It's a marque that, despite the generally accepted mechanical excellence of its models, is undoubtedly struggling to find an identity in Europe.

Cox is a highly experienced, ex-RCA designer, well known for his independence of spirit and for producing iconic designs that have set well-known brands on new paths. He first came to notice in 1993 as creator of the left-field Isuzu Vehicross, a car so much liked by its conservative company management that they put it into production.

Cox worked subsequently in a small, London-based advanced studio for GM, producing such trend-setting concepts as the Cadillac Cien and Converj — which have done much to influence Cadillac’s 'look' today — plus the Opel Speedster, a two-seater sports car that deserved to survive on its shape alone, but died in the upheaval that surrounded GM Europe’s’s aborted sale three or four years ago. He has also worked for Peugeot and Lotus, among others.

Well known for his forthright views, Cox describes his new mission as helping to “develop the Infiniti brand and products from a European perspective”, the very thing the company lacks.

According to Alfonso Albaisa, Infiniti’s executive design director, Simon Cox brings “an enormous wealth of passion and experience” to his new job. My own view, having met and interviewed Cox on various occasions, is that what will really tell will be the passion, both because existing Infinitis tend to lack it, and because Cox has proved himself expert at expressing it. I’d say this new meeting of a 'stuck' brand with a highly creative, take-no-prisoners designer may produce some fireworks, but it also promises great original designs. 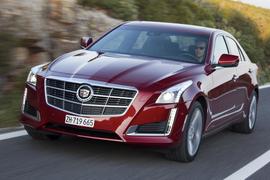 Simon Cox is a very

Simon Cox is a very experienced car designer and I am sure he will help Infinit group release better cars. I owned an Infiniti five years ago and the design was outstanding, I used Black Cherry Car Wash Soap w/Wax from before selling it and the car looked amazing. I recently met the new owner and he told me the car still has no problems and he is very pleased by it and from now on he will buy only Infiniti cars.
javierrodriquez 16 August 2013

Even I agree to youmy friend

Anyone is good news to Steve Cropley

I've never seen a negative article from you; If Dany Bahar took over you'd have something positive to say about him, it's a joke.