BACK TO ALL OPINION BLOGS
Currently reading: Why Dyson failed
UP NEXT
Opinion: Saying goodbye to Moss’s Mercedes SLR

Dyson's first car was due to be on our roads in less than 18 months, so what went wrong?
Share
Close
Share story

Yesterday, Dyson dropped the bombshell news it is canning its car project because it isn't financially viable.

Yes, there had been long-term doubters, unimpressed by Dyson’s financial commitment to the project and disbelieving that James Dyson and his team of 500 or so engineers could realise something that tens of thousands of brains at established car makers couldn’t, even while spending budgets 10 times the size of his.

But this was James Dyson, a man who has amassed a personal fortune of billions through being smarter than most, and by taking engineering prowess and marketing genius and wrapping it up into products that change industries.

Now, we know the reality, albeit with one crucial missing detail: why? What led Dyson to conclude - around a year from the first car going into production and 18 months from the car going on sale - that the project was no longer financially viable?

Here are three theories put forward by experts Autocar has spoken to since the announcement. 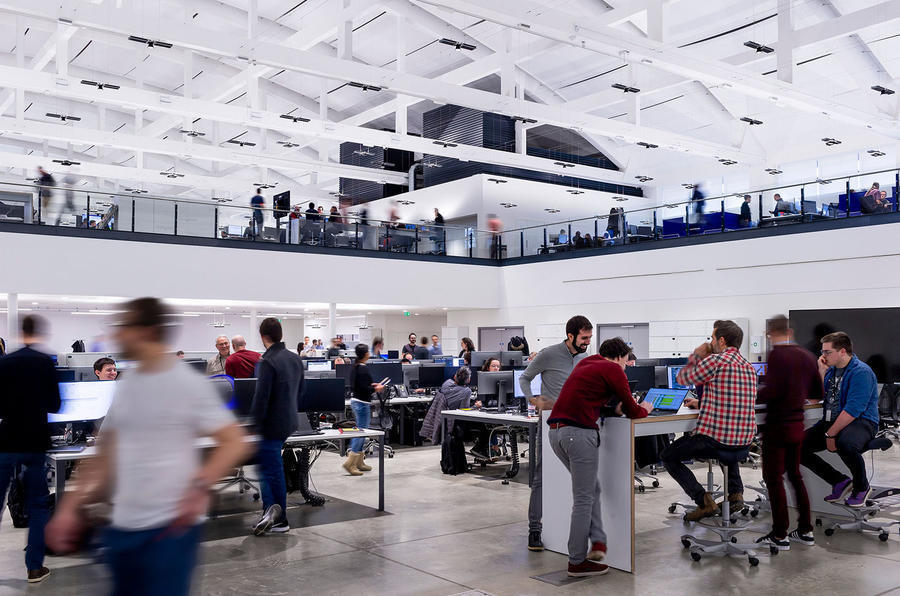 It was never going to be enough for Dyson to produce a car-like electric car - 300-mile range, conventional design and so on. That moment has passed, with only Tesla breaking through in the Western world and the Chinese makers that are going to win now long established. So whatever Dyson did, it needed to change the game.

James Dyson isn’t a man to give big clues, but his interviews hinted at a battery technology breakthrough, likely focused on solid-state batteries, which hold the promise of dramatically increasing range and lowering charge times all at dramatically lower prices.

Had he bet the farm on making such a breakthrough happen, only to find it harder than expected? Other car companies say that they have had such batteries on test beds for years, but cannot find a way to make productionising them reliably financially viable. Perhaps Dyson hit the same problems. 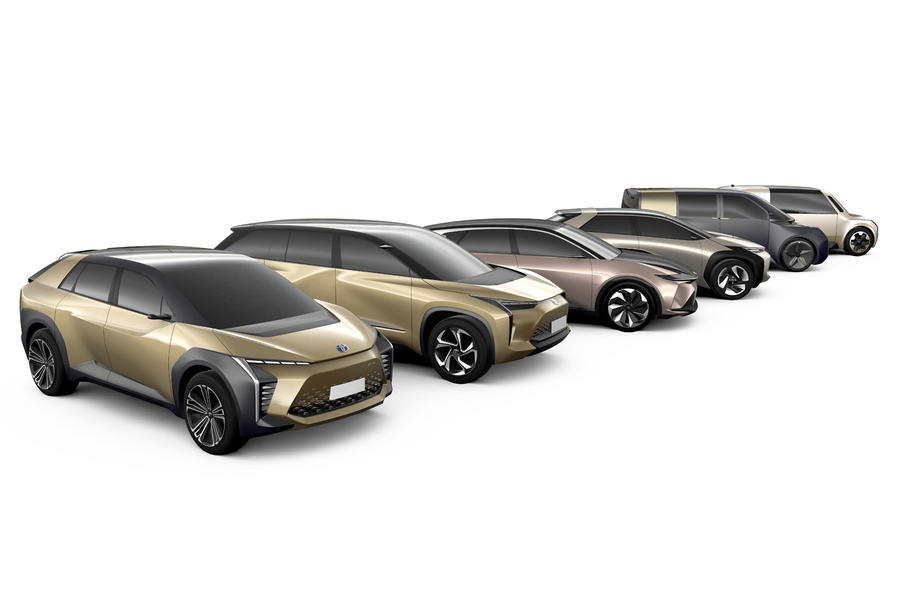 2. The competition caught up

Maybe, just maybe, Dyson was on to something that could put it ahead of the game - but just as likely is the fact that the mega-budget car makers have closed the gap in the years since he announced his project.

Such is the pace at which the car industry is changing that it’s hard to keep an eye on context, but in the past few years, the Volkswagen Group has committed close to £50 billion to EV research and Toyota has intimated that it has done the same. Other car makers, especially premium German-branded ones, are not far behind. This makes Dyson’s £2bn commitment look a bit paltry.

Could it be - particularly given the high-level advisory board and senior engineers recruited - that Dyson learnt that his breakthrough technology was about to be matched or even superseded by what’s in the pipeline elsewhere? And that the run rate elsewhere would leave his technology with an incredibly short shelf life that meant it would never recoup its investment, let alone generate enough income to keep the required R&D run rate? Maybe someone learnt that Toyota’s pledge to release solid-state technology early into the next decade was about to bear fruit?

Given that whatever he created needed to not just match but beat the opposition to be given any hope of success, there was always a risk that his moment would pass while preparing for it. 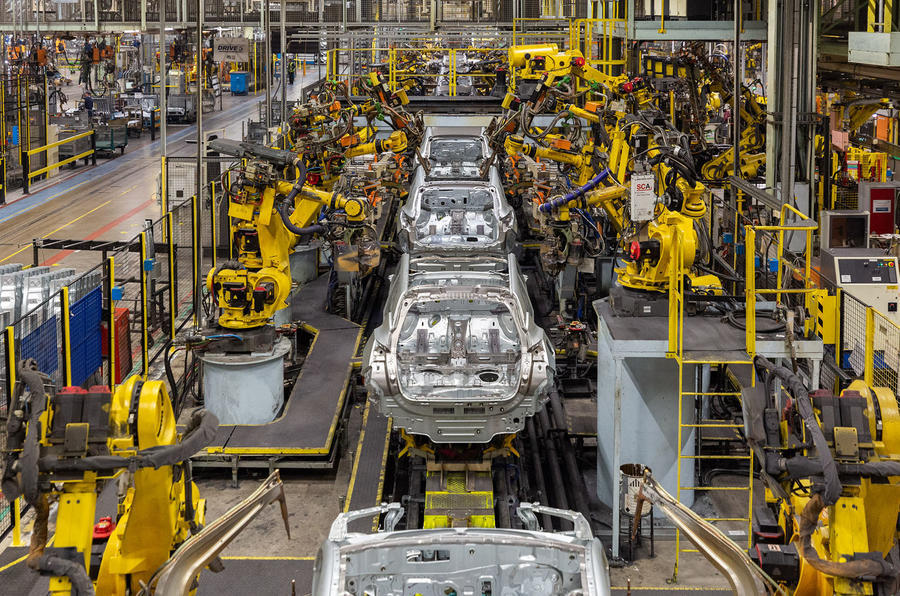 3. Dyson could design the car to a budget, but not build the supply chain

The timing of the canning of the project is intriguing, because Dyson was in the late stages of ramping up for production, with teams employed and premises being prepared. To have got this far only to perform a volte-face suggests James Dyson is either a huge risk taker or that something of substance changed.

Given James Dyson’s warm words for the car that has been designed while announcing the project's death yesterday, there is a suggestion that it is the more mundane realities of productionising the prototypes that has led to here. Certainly, the timeline of the project suggests that the intersection between development and production should have been crystallising now.

Could it be that the supply chain into Singapore, a location chosen for its proximity to the booming tariff-free Chinese market for electric cars, was not as seamless as anticipated? Don’t forget, many a car company has failed for failing to pin these details down, and that for start-ups, the challenge is intensified by the fact that they don't have decades of continuous improvement within their DNA. As Tesla has found to its cost, the car industry knows what it's doing when it comes to mass production to near faultless levels.

This is arduous, complex and expensive stuff - far more so, you’d hazard, than for any vacuum cleaner or hand dryer - and while it could have been predicted long ago, it’s also the sort of detail that can be overlooked, even by a company with the manufacturing depth of Dyson, and especially one with such a heavy design focus.

Maybe we will never learn the truth, but it must be hoped that James Dyson - at times one of the most outspoken business leaders on subjects that he chooses to put his focus on - is open about the challenges that have set him back, not just because they would provide a fascinating insight into what went wrong - and perhaps give us a proper look at this intriguing car's design - but also into why this fascinating industry can be so much more complex and challenging than people sometimes realise.

Volkswagen ID 3: vital EV revealed with up to 341-mile range​

The big boys caught up, it was said in the first few lines....

Just stick to your vacuum

Have you forgotten elon saying that without the help they got from mercedes, they could never have done it?

Mecedes never thought for a

Mecedes never thought for a moment that this startup would become the company its become.

You honestly thought they would have if they knew it would change the automotive world the way it has and also Mecedes business model.

Elon is diplomatic and eloquent when he needs to be